The robot was so convincing that the mountain gorillas accepted it into their troop. 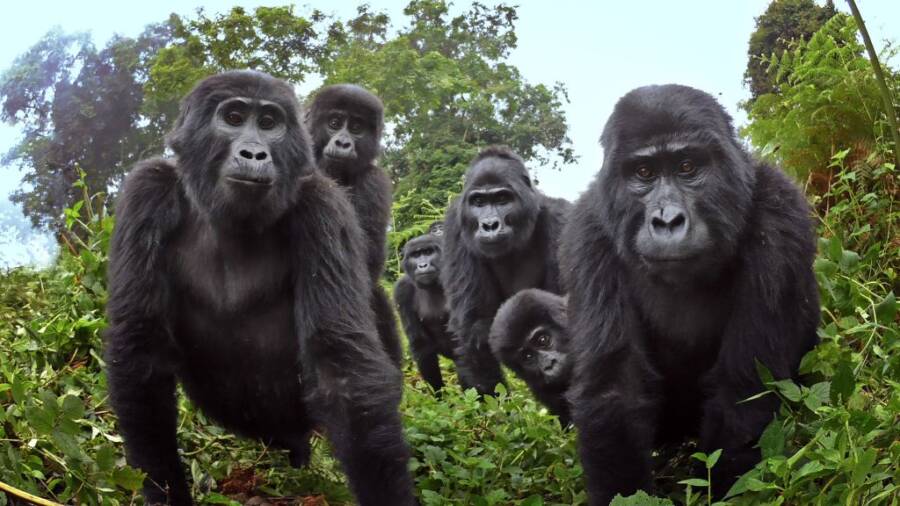 John Downer ProductionsUgandan gorillas as seen from the POV of the robotic gorilla.

If you thought primate behavior was remarkably human before, wait until you see a troop of mountain gorillas joyfully singing and farting while eating dinner together. Documentary filmmakers managed to capture this remarkable footage for the first time ever using a realistic robotic “spy” gorilla.

In order to film the returning PBS series Nature: Spy in the Wild 2, which follows animals closely in their intimate lives, John Downer Productions had to make its cameras as invisible as humanly possible, so they crafted a hyper-realistic robot gorilla to blend in with the animals and spy on them. 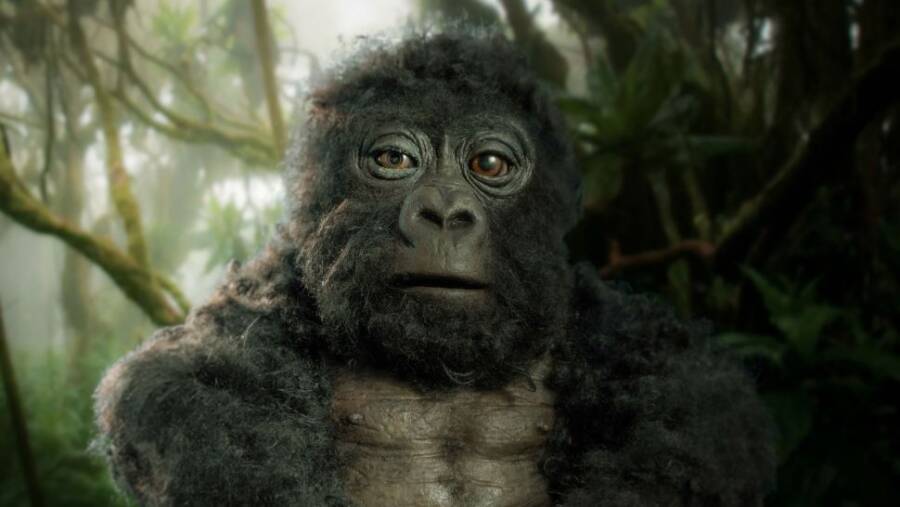 John Downer ProductionsThe animatronic gorilla might not look totally convincing to humans, but it was detailed enough for the primates to accept it as on of their own.

Producer Matt Gordon and his team quickly realized that they needed to be incredibly detailed in creating their robots in order to trick the gorillas into believing they were real. “Eye communication is very important amongst gorillas,” Gordon said. “You’ll see in the footage in the first episode; the gorillas came straight over to our spy gorilla and peered right into its eyes. So we made sure that the gorilla had the most amount of detail put into the face.”

The crew also had to create a robotic gorilla that didn’t challenge the dominant male in the group that it was observing. “We wanted to make sure that we were not being threatening, so we averted the gaze of our spy gorilla,” explained Gordon.

By making their furry secret agent appear more submissive than dominant, the crew managed to convince the dominant male ape to accept the robot and signal to his troop that it was safe for them to approach the “stranger.”

Finally, before releasing the robot into the densely-forested Ugandan sanctuary, the crew also had to be sure that it smelled like other gorillas. “We sometimes have to anoint them in feces to allow them to be accepted into the group,” said Gordon. “It’s not the most pleasant of jobs.”

A clip from the PBS series shows the gorillas chorusing at suppertime in a Ugandan forest.

Scientists had already discovered in 2016 that gorillas sing to themselves while eating, but that data was entirely audio-based, so the high-definition footage that Gordon and his crew managed to capture was a first.

This latest footage expands on the 2016 study and provides evidence that gorillas are extremely gassy and are almost constantly farting during dinner. The footage also showed that the gorillas often screamed a “chorus of appreciation” while eating.

The animatronic ape was also designed to capably beat its chest in order to engage with other apes. This resulted in a rather endearing moment of playtime between the robot and a baby gorilla that the crew miraculously captured.

“We had this wonderful, magical moment where there was this lovely to and fro between our spy gorilla and the baby gorilla,” Gordon reported. “A young gorilla came over and did the natural thing for him, which was to beat its chest. For a baby gorilla, that means ‘I want to play,’ and if our gorilla was lifeless, not moving, I think the gorilla would have lost interest. But our spy gorilla was able to beat its chest, too.”

He added, “that would be difficult to see with traditional filming techniques.” 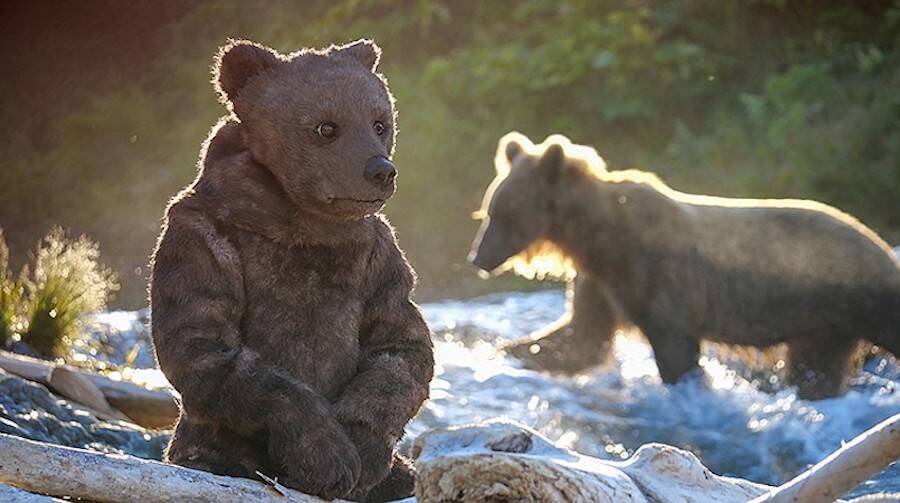 John Downer ProductionsThe production company created more than 50 animatronic animals, including this bear aimed to infiltrate a group of grizzlies.

The series hasn’t limited itself to apes, however. The four-part production will go undercover as over 50 animatronic creatures, including a hummingbird, Komodo dragon, King penguin, Pygmy elephant, koala, seal, polar bear, and quokka.

To get a glimpse into the secret lives of some wild animals, check out Nature: Spy in the Wild 2, which will air on PBS from April 29 to May 20 at 8 p.m.

Next up, read about a new survey which shows that there are actually more gorillas and chimps than we thought. Then, learn about the death of Koko the gorilla and the time she met Robin Williams.