China's Science and Technology Daily briefly published a report saying that its Sky Eye telescope had picked up unusual and possibly extraterrestrial signals in 2020 and 2022. 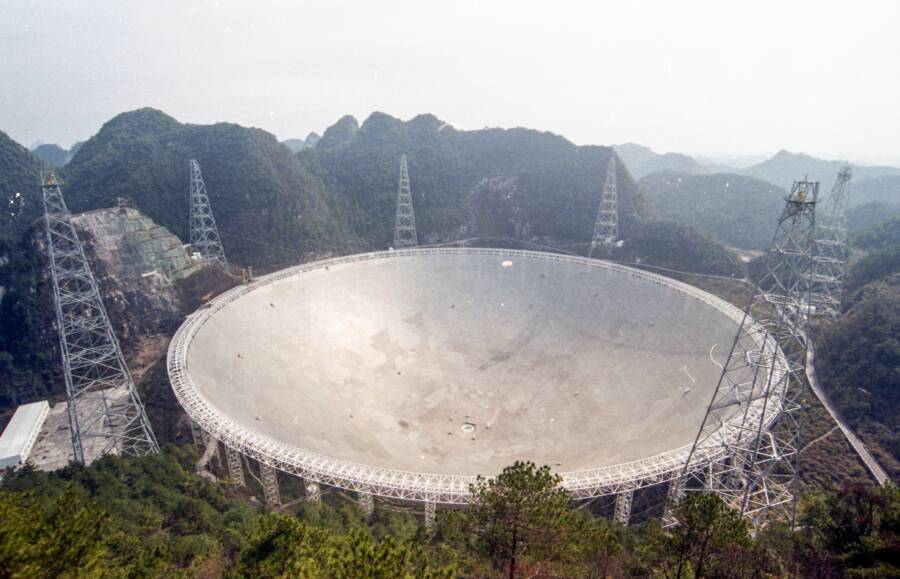 Is there alien life out there? For a fleeting moment, one Chinese publication reported that the country’s enormous Sky Eye telescope had picked up signals indicating just that — before quickly deleting the report.

On June 14, the official newspaper of China’s Ministry of Science and Technology, Science and Technology Daily, published a report saying that the Five-hundred-meter Aperture Spherical radio Telescope (FAST), nicknamed “Sky Eye,” had picked up unusual signals from outer space in 2020 and 2022.

There were “several cases of possible technological traces and extraterrestrial civilizations from outside the earth,” the report said.

Zhang Tongjie, the head scientist at the China Extraterrestrial Civilization Research Group at Beijing Normal University, told Science and Technology Daily that: “These are several narrow-band electromagnetic signals different from the past, and the team is currently working on further investigation.”

He tempered his statement, however, by adding: “The possibility that the suspicious signal is some kind of radio interference is also very high, and it needs to be further confirmed and ruled out. This may be a long process.

Regardless, Science and Technology Daily didn’t give Earthlings much time to absorb the news that there might be life out there. Shortly after the report was published, it was deleted without explanation. 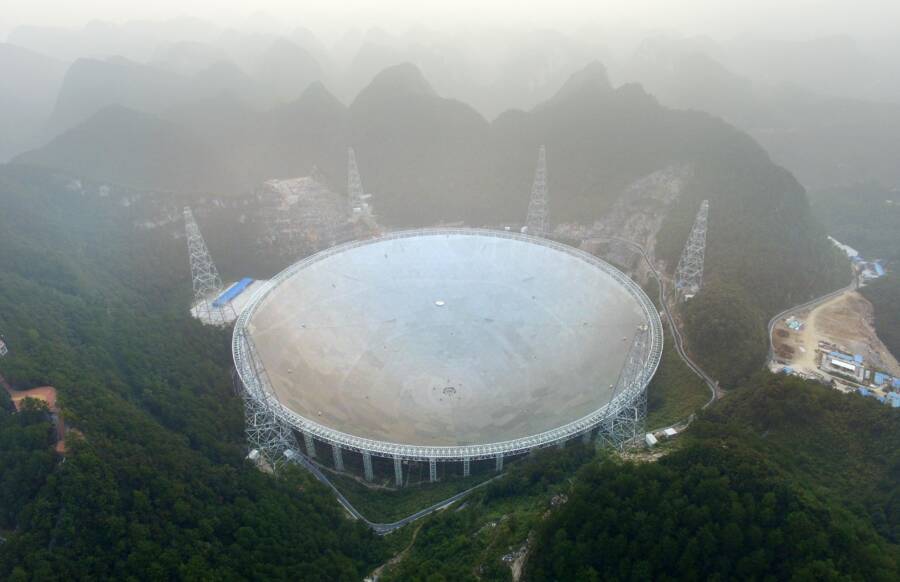 STR/AFP via Getty ImagesChina’s “FAST” telescope is the largest radio telescope in the world, and has been searching for alien life since 2019.

According to Live Science, Sky Eye, the world’s largest radio telescope, started scanning the cosmos for alien signals in 2019. When scientists examined its data, they noticed unusual signals in 2020 and in 2022.

But were these signals really a sign from extraterrestrial life? Or something more terrestrial?

Dan Werthimer, the Marilyn and Watson Alberts SETI (Search for Extraterrestrial Intelligence) Chair in the Astronomy Department and Space Sciences Lab at the University of California, Berkeley, who works with the Beijing Normal University SETI researchers, told Space that Earthlings shouldn’t be rolling out the welcome carpet for aliens quite yet.

“These signals are from radio interference; they are due to radio pollution from Earthlings, not from E.T.,” Werthimer said.

He explained: “The technical term we use is ‘RFI’ — radio frequency interference. RFI can come from cell phones, TV transmitters, radar, satellites, as well as electronics and computers near the observatory that produce weak radio transmissions.”

According to Werthimer, “radio pollution” is getting worse and worse, which makes it hard to pick out any unusual, possibly alien, signals.

“All of the signals detected by SETI researchers so far are made by our own civilization, not another civilization,” Werthimer explained. “It’s getting hard to do SETI observations from the surface of our planet. Radio pollution is getting worse, as more and more transmitters and satellites are built.”

In fact, he told Space that Earthlings might have to go to the far side of the moon for a clearer perspective.

That said, humankind has picked up suspicious signals from outer space before. According to Live Science and Newsweek, astronomers were stunned by a radio signal they picked up in 1977.

Then, the Big Ear telescope at Ohio State University detected a strong, minute-long electromagnetic burst that appeared on a frequency that scientists thought aliens might use. Jerry Ehman, a scientist working with the telescope, was so astonished that he wrote “Wow!” next to a printout of the data. But, to date, its source is unknown.

So, is there alien life out there? The Fermi paradox — so named for physicist Enrico Fermi, who commented, “So where is everybody?” — describes the apparent contradiction between the size and age of the universe and the lack of extraterrestrial intelligent life that humans have encountered.

For now, there’s nothing else to do but gaze at the stars — and listen closely.

After reading about the possible alien signals picked up by the Chinese, look through these awe-inspiring photographs taken by the Hubble telescope. Or, discover the story of Abbie Bela, the London YouTuber who said she fell in love with her alien abductor.