This Small Norwegian Island, Where The Sun Doesn’t Set For 69 Days, Wants To Abolish Time 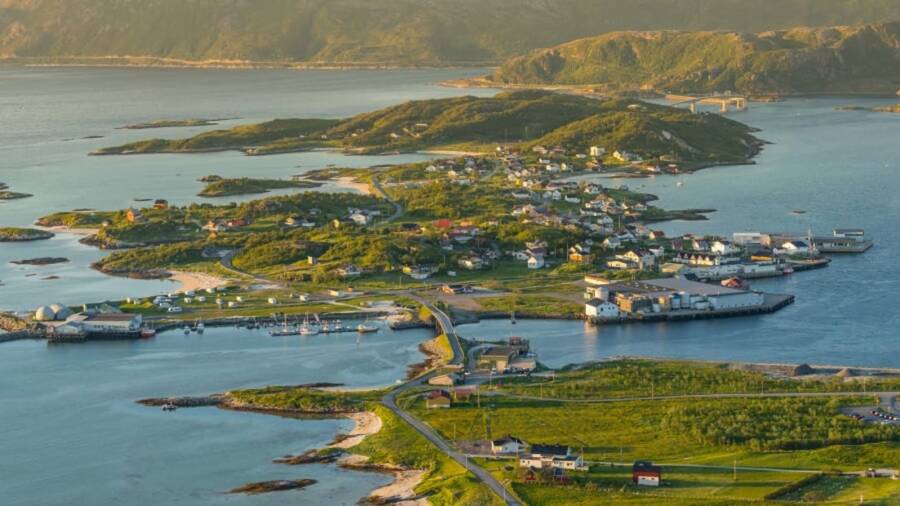 Residents on the small Norwegian island of Sommarøy have petitioned to officially make it a time-free zone.

UPDATE: As reported by Forbes, this story turned out to be a PR stunt from a Norwegian government agency that was picked up by international media.

Have you ever wished that you had more time in the day? Well, you’re not alone. Folks on an island in Norway feel the same way, and that’s why they want to abolish time altogether. The reason: so they can have more time.

The bombastic idea is the brainchild of Sommarøy island resident Kjell Ove Hveding, who recently met with a member of the Norwegian parliament to submit a petition that would, essentially, get rid of time. At least on their little island.

“You have to go to work, and even after work, the clock takes up your time,” Hveding told Gizmodo. “I have to do this, I have to do that. My experience is that [people] have forgotten how to be impulsive, to decide that the weather is good, the sun is shining, I can just live.”

Although the concept of getting rid of time sounds far-fetched to outsiders, Hveding said that residents of Sommarøy — an island of about 320 that’s well north of the Arctic Circle — have been going about their day however they want for generations.

The petition, he argued, would only put in writing what the town’s people have already been doing for years. And this has a lot to do with how the world’s standard time frame applies — or perhaps more fittingly does not apply — in this part of the globe. 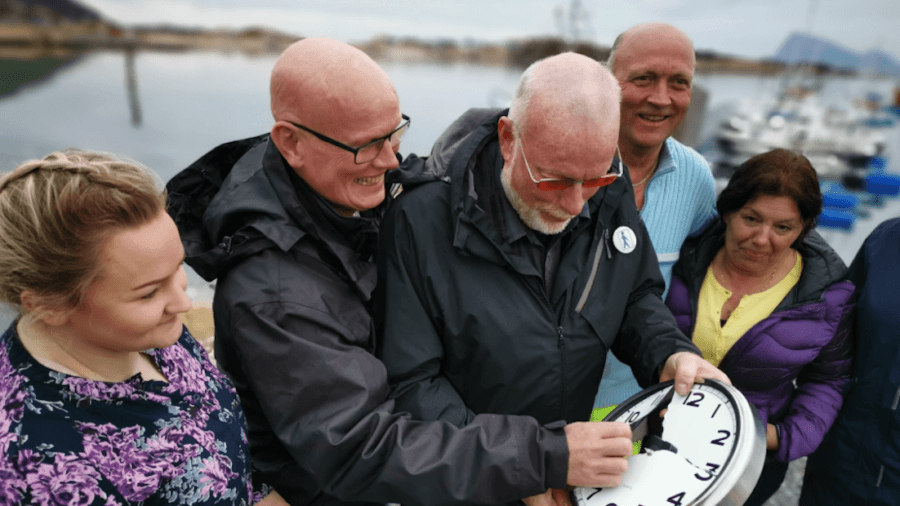 Sommarøy, which translates to “summer island,” boasts white sand beaches that are popular with tourists. But what really sets the island apart is how time works there. From November to January, the sun doesn’t rise at all, and for 69 days — from May 18 to July 27 – it doesn’t set.

The never-ending sunlight has had a peculiar effect on the island’s residents.

“There’s constantly daylight, and we act accordingly,” Hveding wrote in a statement. “In the middle of the night, which city folk might call ‘2 a.m.,’ you can spot children playing soccer, people painting their houses or mowing their lawns, and teens going for a swim.”

As CNN reports, through the campaign to establish a “time-free zone” on the island, residents hope to officially introduce flexible hours of school and work.

Support behind the movement is aptly symbolized by the wristwatches that residents have tied on to the bridge that connects the island to the mainland – a poignant reminder that in this little corner of the world, at least, time can be forgotten. 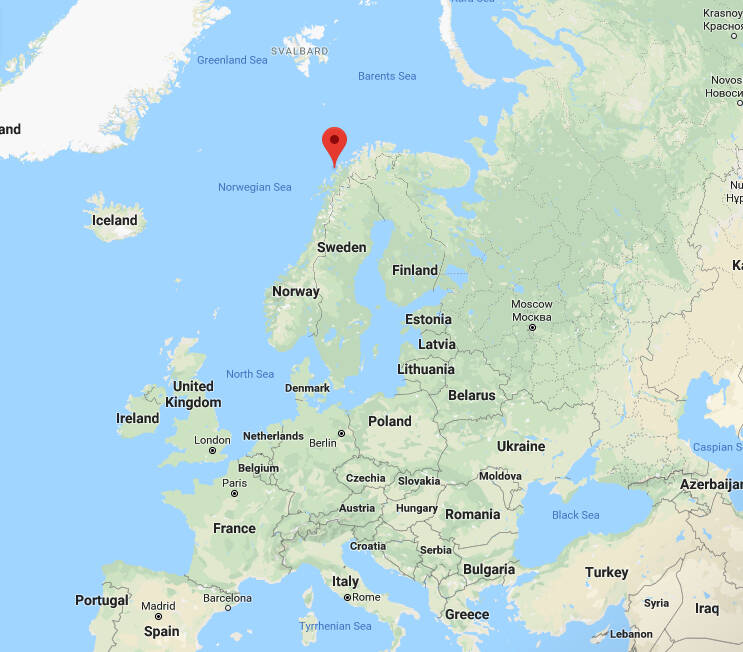 Google MapsSommarøy Island, at a latitude of 69.6° N, is one of the northernmost settlements in the world.

The concept of abolishing time is certainly appealing, but many observers have questioned how practical it would be to apply to aspects of public life that rely on the rigidity of time and clocks. For instance, public transportation, schools, and even grocery stores could get chaotic without having a proper schedule.

Then there’s the matter of whether it’s even biologically possible to maintain a timeless lifestyle. According to Hanne Hoffmann, an assistant professor of animal science at Michigan State University who specializes in circadian rhythm, a time-free existence would be unnatural.

“The problem is that humans did not evolve in the Arctic,” Hoffman explained. “Our bodies have adapted to this 24-hour cycle generated by the rotation of the Earth. We can’t really go against evolution, and that’s what is happening in those locations. You’re going against what we’re programmed to do.”

Circadian rhythm misalignment can affect things like digestion and body temperature, and can even lead to disease. But some research has shown that humans don’t necessarily lose their rhythm when they lose light.

Whatever arguments may arise over scrapping time, for Sommarøy’s residents, it is mostly about adopting a change of pace. And in a society that regularly worships burnout, the idea might not be so bad. The keyword is “flexibility.”

As noted in the beginning of this article, the news of a Norwegian island working with elected officials to abolish time turned out to be an elaborate ruse to increase tourism to the country.

According to a report by Forbes, Visit Norway, the nation’s official tourism agency, had sent out a press release announcing the time-free proposal for the island to reputed media outlets such as BBC, the Guardian, CNN, and others. The proposal, as it turns out, was merely a PR stunt.

The head of government entity Innovation Norway, which oversees Visit Norway, has put out an apology for the ruse.

“I would like to make a clear apology, and promise that we will not do such a thing again,” Innovation Norway Director Håkon Haugli told local newspaper Aftenposten. Not only has the revelation damaged Norway’s already vulnerable reputation in relation to its handling of fake news, it also cost the country’s taxpayers, literally.

A spokesperson for Visit Norway revealed that the PR stunt cost the agency 483,000 Norwegian kroner or $57,000 which is basically an annual salary’s worth for a Norwegian public servant. The money went to cover fees for the PR agencies that the government arm hired for the stunt in Oslo and London.

The discovery of the elaborate stunt, which included staged photos and videos designed for the ruse, has been met by heavy criticism by the Norwegian press, media experts, and even from Norwegian Prime Minister Erna Solberg.

After reading about the Norwegian island that wants to abandon time, learn some mind-blowing facts about the sun. Then, read about St. Kitts, the Caribbean island of drunk monkeys.