The Sisters of the Valley, also known as the "weed nuns," believe in the healing powers of marijuana — to a spiritual degree. 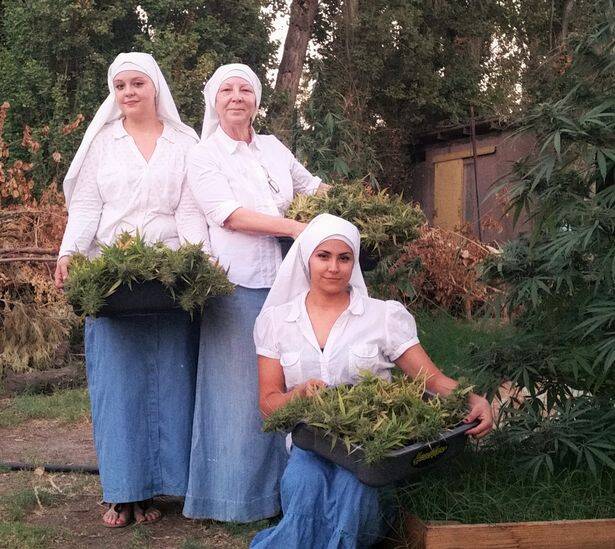 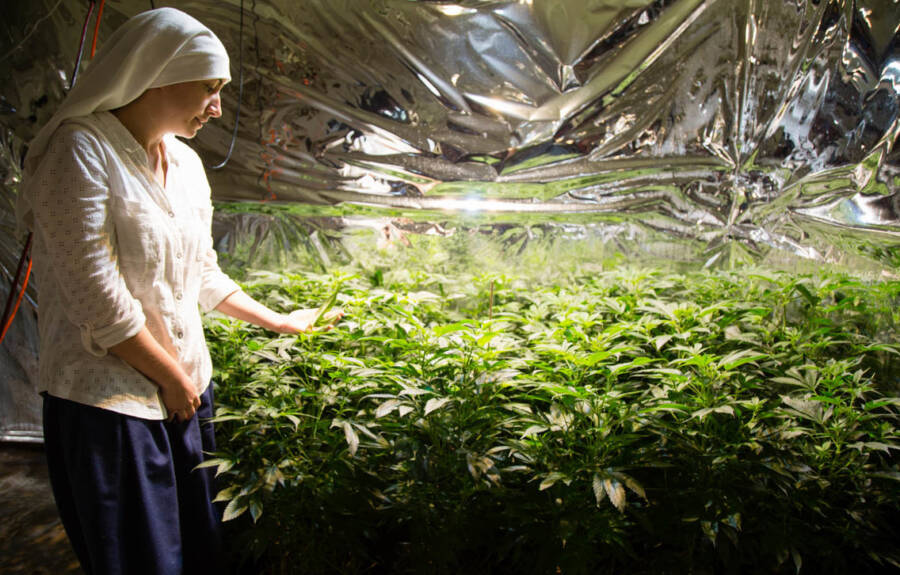 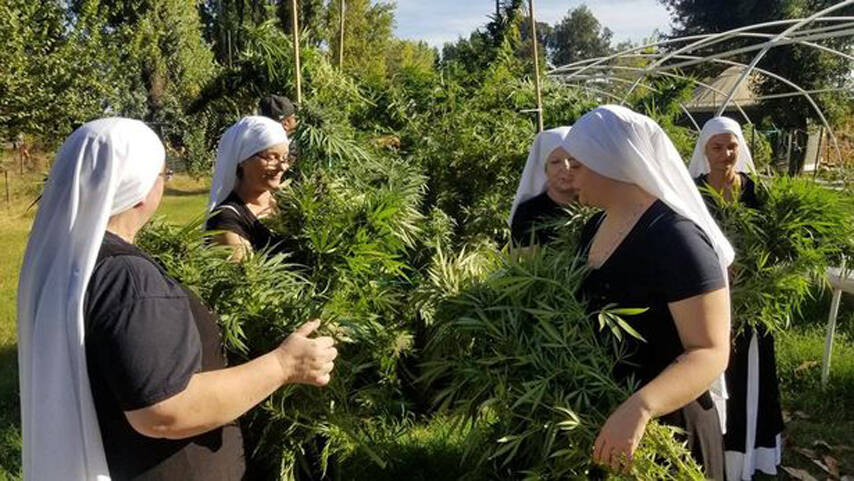 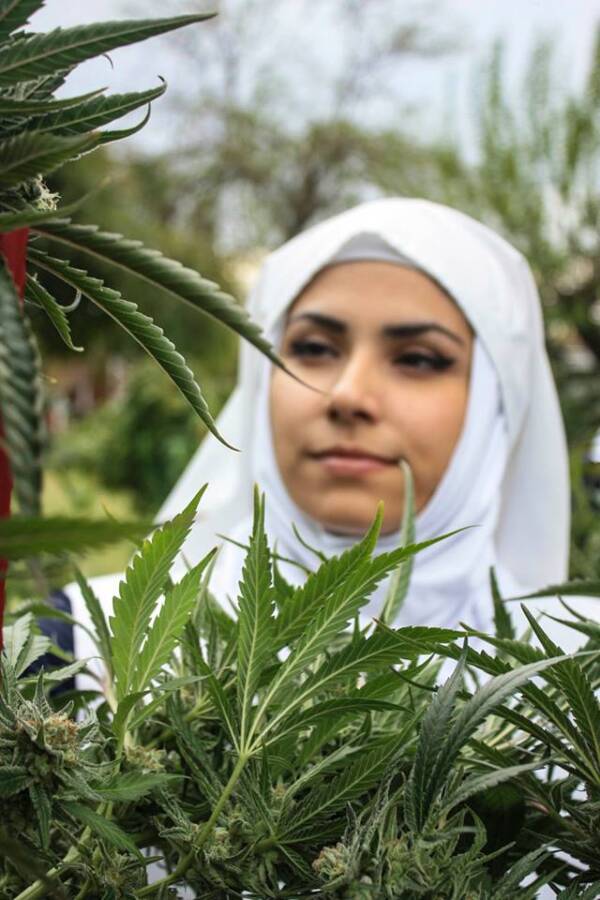 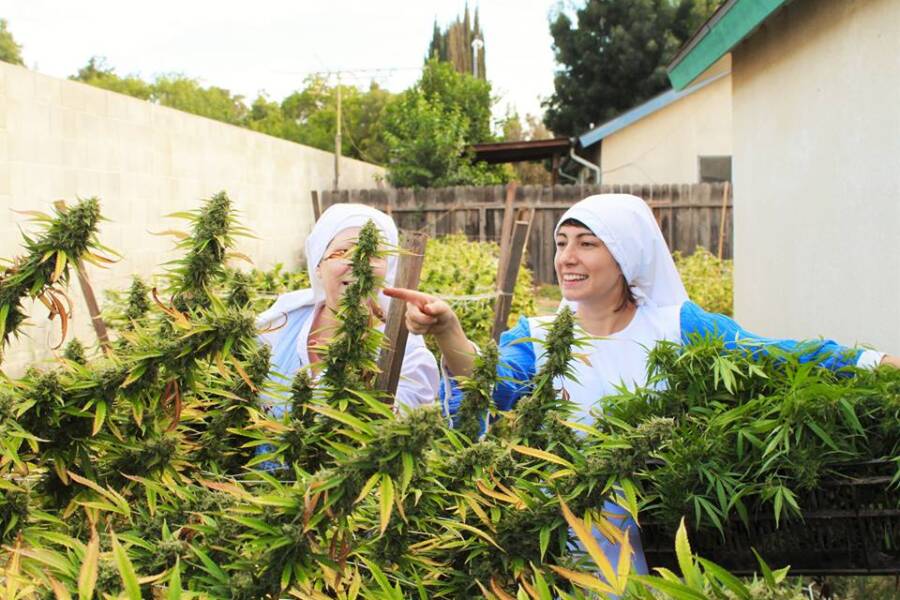 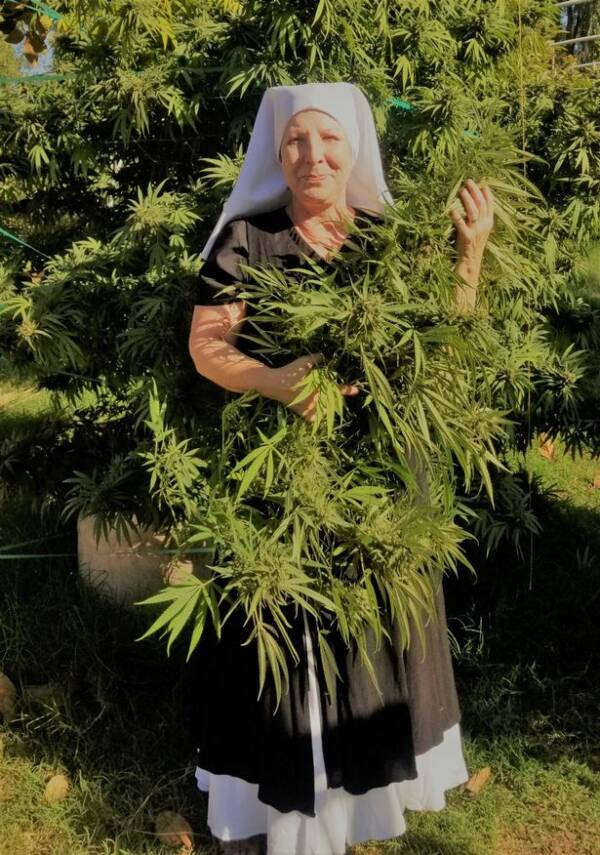 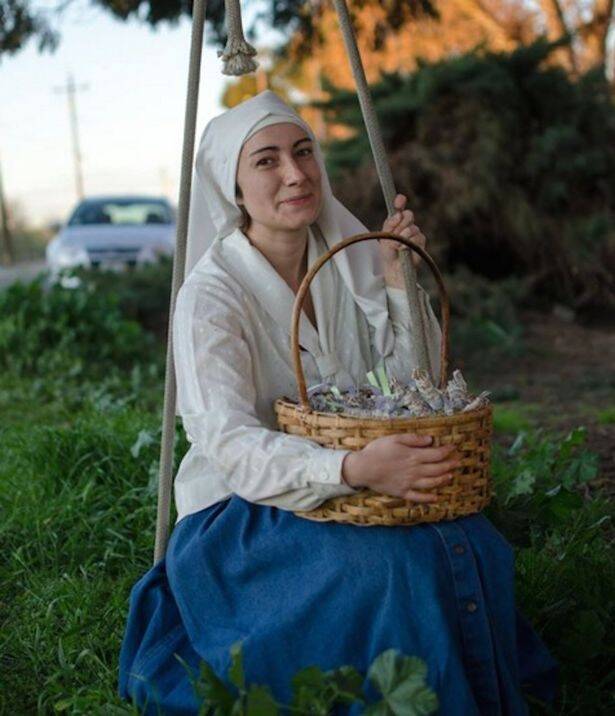 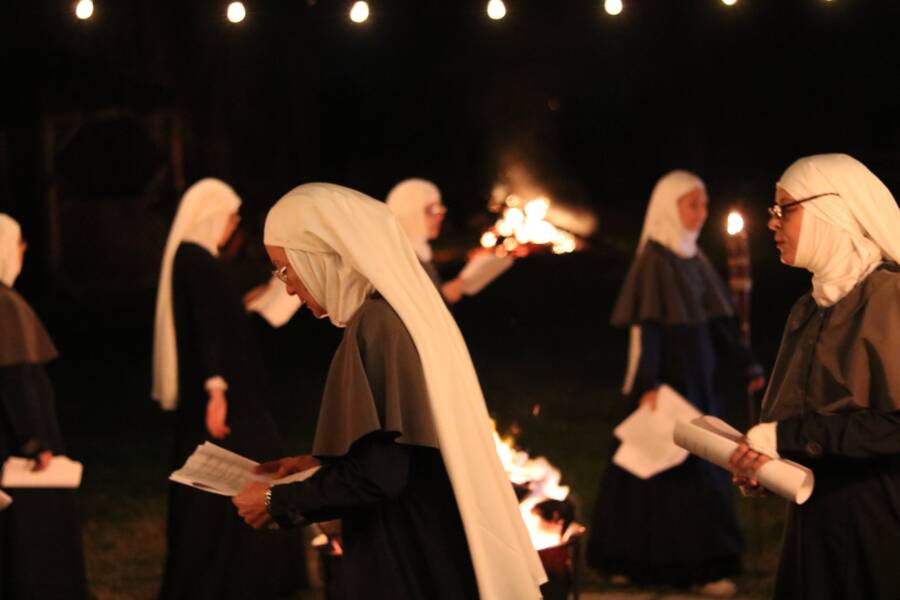 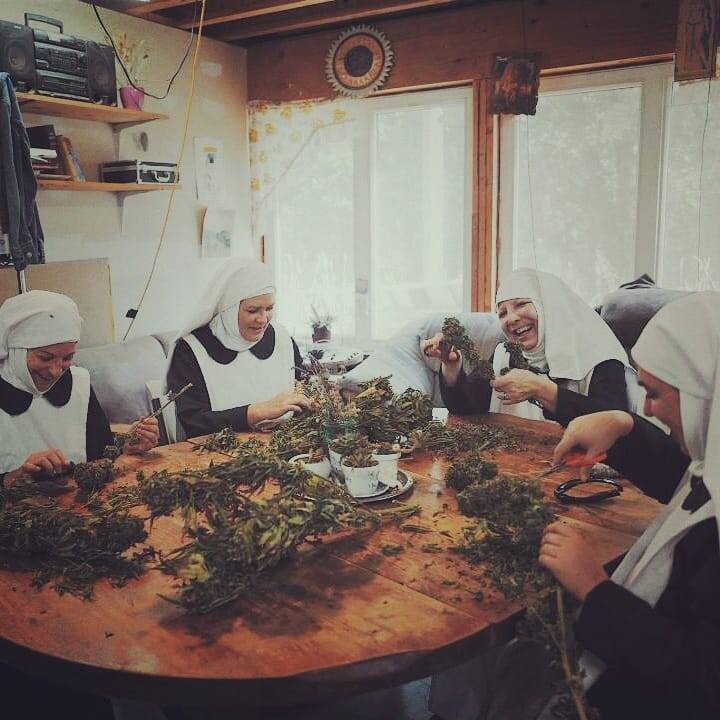 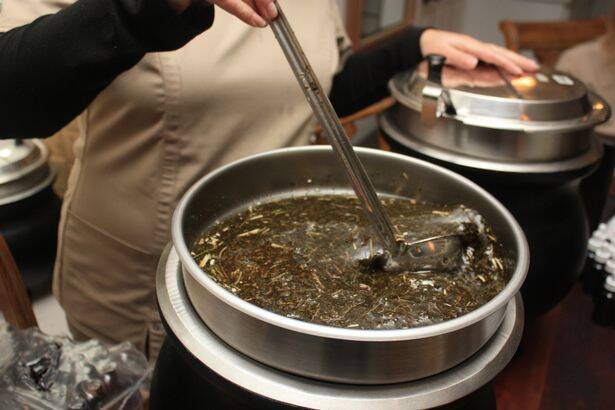 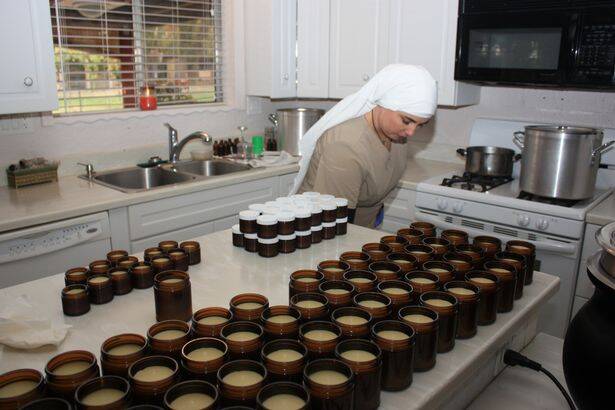 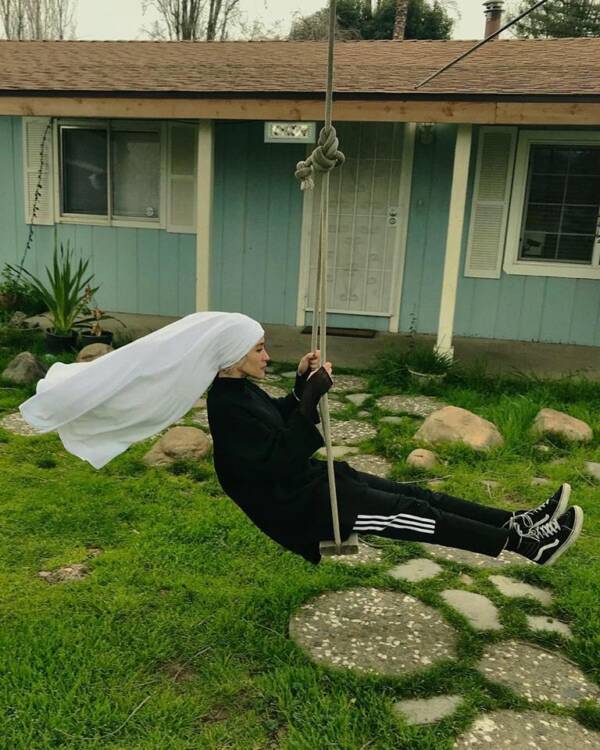 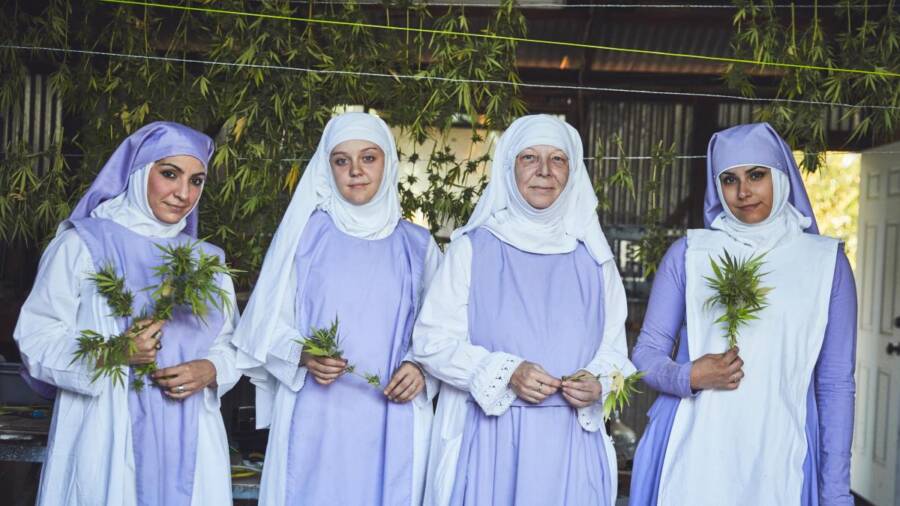 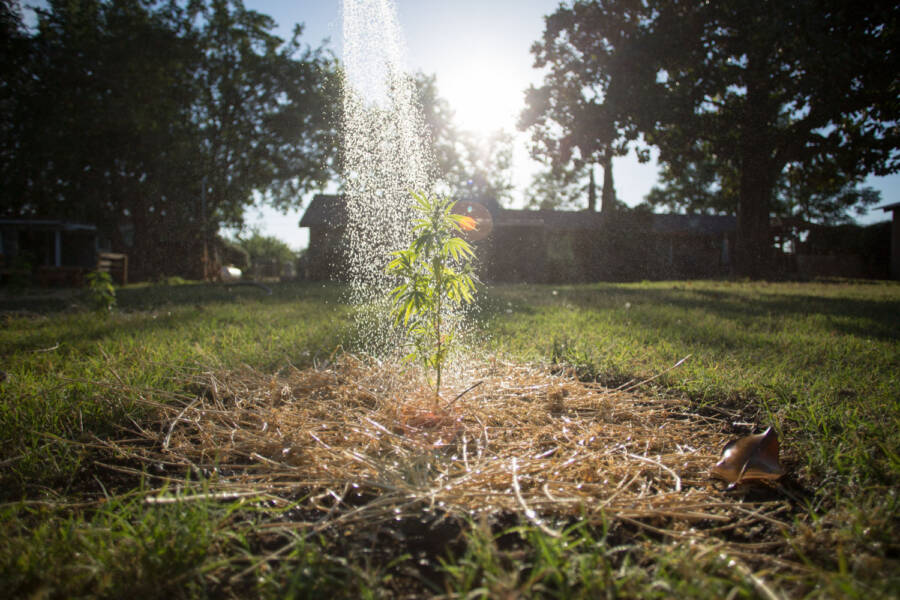 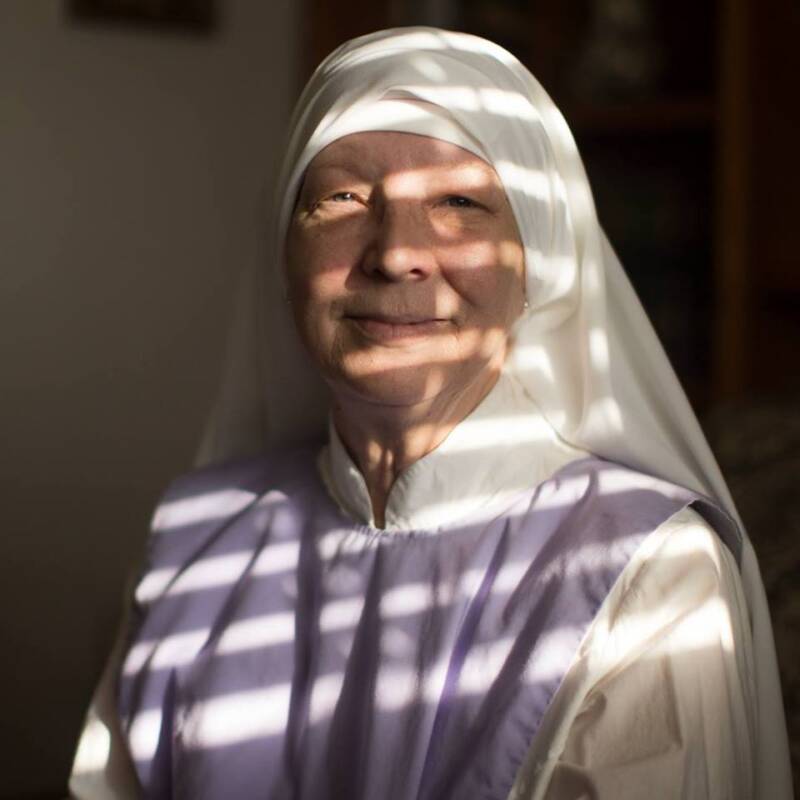 Northern California farm country is known for its myriad vineyards and orchards that sprawl around each bend. But tucked in between these, one small property in Merced County, California contains only a modest ranch-style home and small farm. This is where the Sisters of the Valley grow their quintessential California export: marijuana.

The weed nuns, as they are sometimes called, do not belong to the Catholic order. In fact, they have no religious affiliation whatsoever. The Sisters of the Valley answer to Christine Meeusen (a.k.a. Sister Kate), who confirmed with the NY Post, that "We're against religion, so we're not a religion ... we reach back to pre-Christian practices."

In an interview, a Sister added, "If pizza's a vegetable, I'm a nun," one Sister said in an interview. "We believe cannabis oil was the other holy oil of the bible," and that if Jesus lived, "he probably smoked weed."

What the nuns DO believe in is spirituality, healing, activism, feminism, and of course, the benefits of CBD products.

For their products, they grow a strain of marijuana without THC that still contains CBD or cannabidiol, which the nuns say is a healing agent for various ailments including insomnia, arthritis, and even anxiety and PTSD. They used to sell their goods on Etsy but now have their own website.

"It's considered hemp because it won't get anybody high, but it's really marijuana," said Sister Kate. "It's medical marijuana."

Even medical marijuana use is still frowned upon by many states that have sweeping laws regarding the substance.

Aubrey Plaza smokes weed with the Sisters of the Valley.

The Origin Story Of The Sisters Of The Valley

Christine Meeusen grew up as one of six children in a Catholic family. She went to church and studied hard; did everything she thought would lead to a good life. But that's not what happened — at first.

After college, Meeusen scored a job in management at a data communications company; the first woman in that role. The men there made her working life hell; sexism and harassment made her loathe going to work.

There was one man at the company, Gary, who acted as a true friend and tried to shield her from the others. He did eventually pursue her as more than a friend after his divorce — and at this point, she believed he was a good man. They married in 1991 and had 2 kids ... but in 2004, a marital and financial nightmare was unraveling.

Christine found out (after becoming wildly successful at a Telecom company in Amsterdam) that Gary had cleared out her business savings account — over one million dollars — into foreign accounts. He informed her all her money was gone. She filed for divorce, and in doing so found out Gary was still married to his first wife.

Penniless and heartbroken, Meeusen took the kids and moved in with her brother in California. The two siblings started what Meeusen believed to be a medicinal cannabis business to help others, but her brother began selling to drug dealers. Betrayed again, Meeusen found herself destitute. Eventually, she got help from her mother to rent a home of her own.

The turns in her own life got her involved in activism, and she joined the Occupy movement against social inequality. She went on marches dressed as a nun – on a dare from her children – and called herself "Sister Occupy." That's where the nun motif started, and when Meeusen decided to use the symbolism as part of her new life journey.

The Sisters of the Valley would heal others, as well as Meeusen herself.

Spirituality Behind The Weed

The Sisters of the Valley take the creation and manufacturing of their marijuana products very seriously. They say they infuse their products with healing powers; this is accomplished through a series of rituals. They only manufacture between the period from the new moon to the full moon.

When the time is finally right, a starlit ceremony blesses their work tables. The Sisters give thanks. They light bundles of sage and recite incantations. They reflect on their vows.

That's right, these nuns with no religion take vows to their sisterhood.

"We do take six vows, we take vows service, of activism, about chastity which requires privatizing our sexuality," Meeusen said. "It doesn't require being celibate but it does require keeping it very private off the grid. We have a vow of living simply which — speaks for itself."

The nuns also take a vow of ecology; meaning they must do no harm to the Earth in creating their products.

While the Sisters grow much of their cannabis on their California farm, some is brought in from Oregon. They plant, tend to, and finally harvest their special strains, and then sitting at the kitchen table, they trim the plants. Then, the portions are packed and labeled.

The CBD salve is made on the cooktop of their ordinary stove. It is then added with other ingredients and into the respective product's packaging. Their website sells oil, gelcaps, topical creams, soaps, and more.

The Sisters of the Valley brought in $1.1 million in 2017. But the Sisters aren't exactly lining their own pockets.

"Because we are considered 'high risk,' [the banks] have the right to hold big chunks of funds for a very long time," Sister Kate says.

Sustaining the farm and property also take large chunks of profit, as well as taxes — which run about $160,000 annually.

But the unofficial convent is about more than profit, according to Sister Kate.

"We are healers," Sister Kate began. "We heal when we contribute positively in the world. This is God’s plant and we are doing His good work. People are healing and that’s really all that matters."

After this look at the "weed nuns" known as the Sisters of the Valley, read about what people are calling the first marijuana overdose — is it for real? Then, find out if ordering a "pot pizza" is on the dinner menu for tonight.