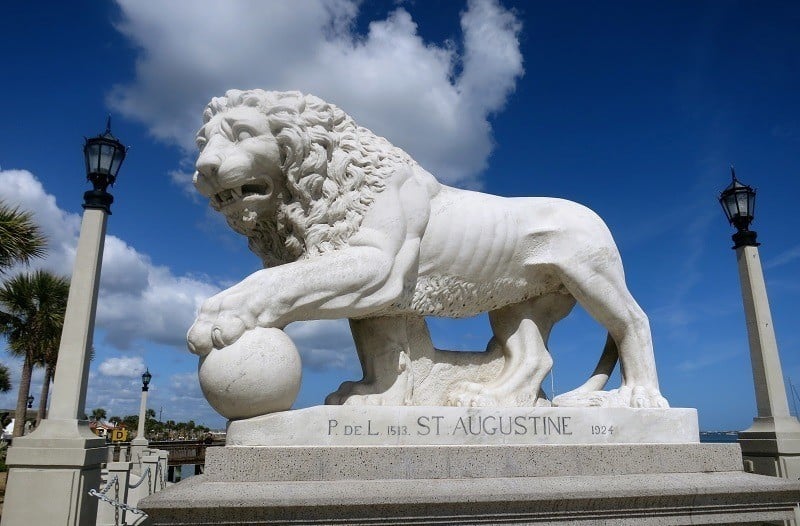 The Pilgrims landed on Plymouth Rock in 1620, but by this time the Spaniards already had a colonial experiment in action—and it wasn’t in frozen Massachusetts. St. Augustine, Florida is the oldest continuously occupied European-founded city in the United States. Existing long before the American Revolutionary War, affirmative action, and women’s suffrage, this multicultural city’s impressive history can be seen in its architecture. 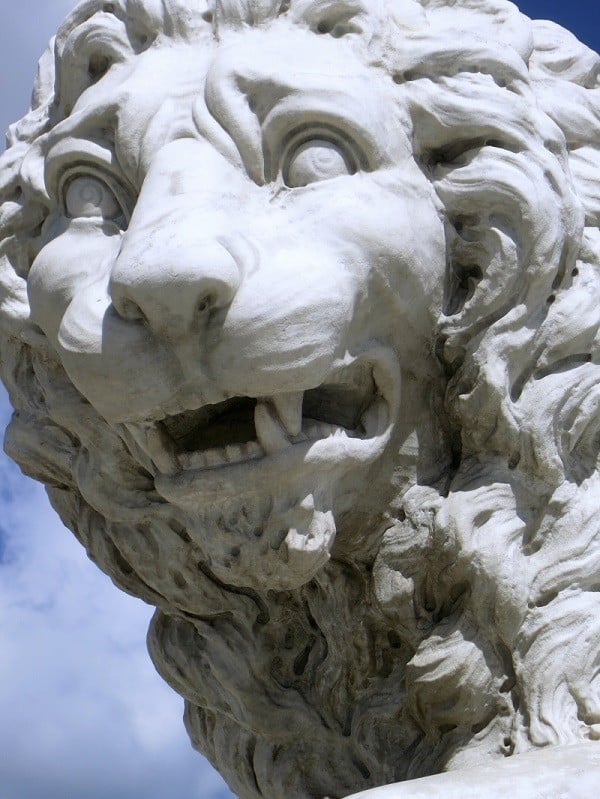 Known as “the most beautiful bridge in Dixie,” the Bridge of Lions was designed not only for transport but to be a work of art. The lions at the head of the bridge are copies of the Medici lions found at the Loggia dei Lanzi in Florence, Italy. Source: Susan Sims 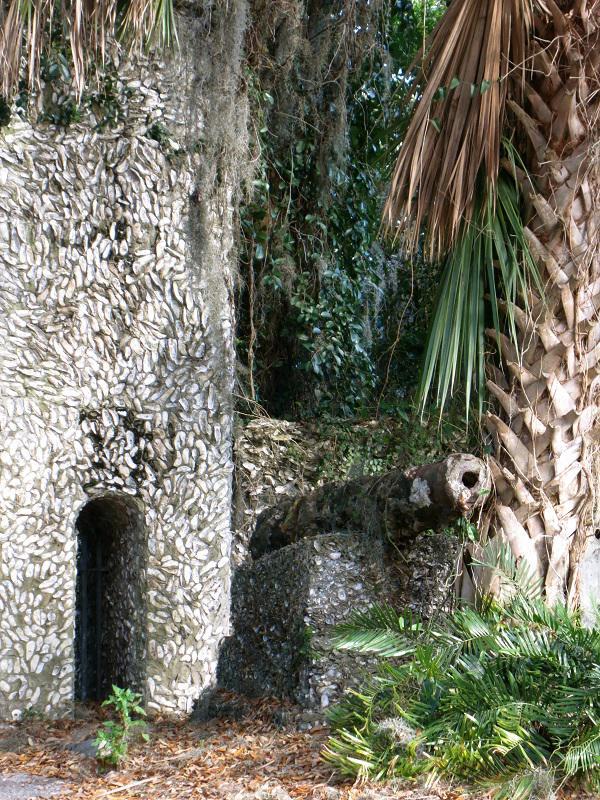 Cannons guard the gates of the Fountain of Youth, an area originally explored by Pedro Menéndez. Source: Susan Sims

As a Spanish enclave in the Deep South, St. Augustine is home to not only Spanish-style buildings, but also French and English architectural styles, as both of these countries once ruled the small town. Pair these influences with the colonial, plantation-style buildings, miles of white sand and more than a few crazy tourist attractions, and you have one very distinct area. 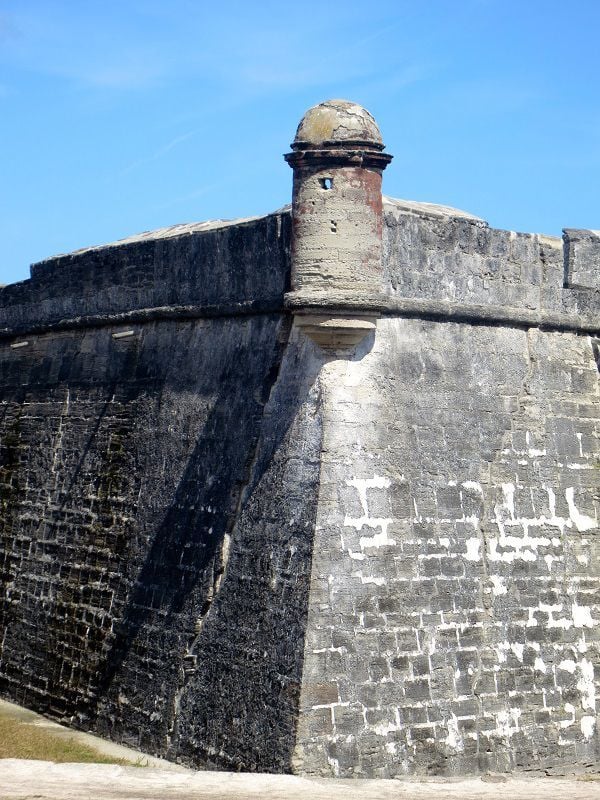 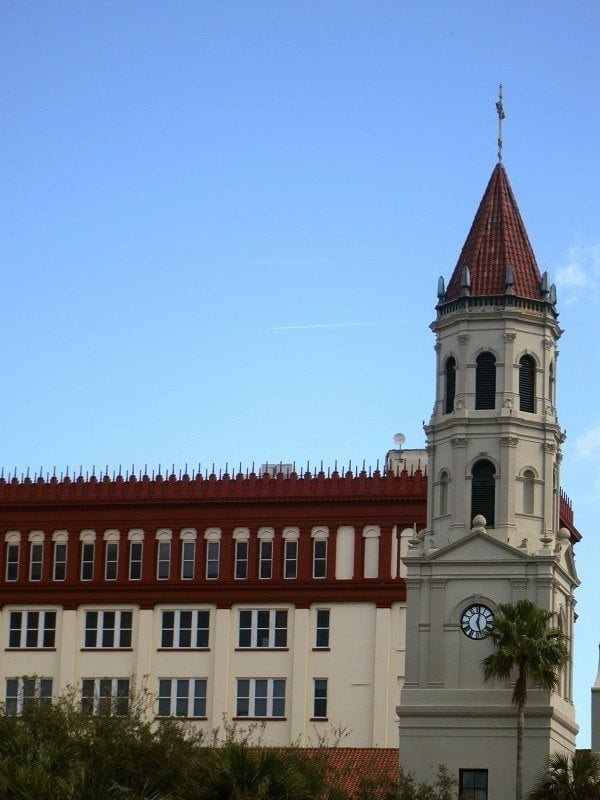 The steeple of the Cathedral Basilica rises over the palm trees of St. Augustine. Stone, concrete and terracotta tiles were common building elements in the town. Source: Susan Sims

Conquistadors explored St. Augustine as early as 1513, but the town wasn’t formally established until September of 1565, when Pedro Menéndez de Avilés erected a fort near the Timucuan Indian village of Seloy, effectively claiming Florida for Spain. In 1702, the British attacked. Though they were unable to conquer the fort that defended the town, they succeeded in burning most of the city to the ground. For this reason, only a few of the St. Augustine’s structures predate the attack. Most buildings were rebuilt in the spirit of the early settlement. 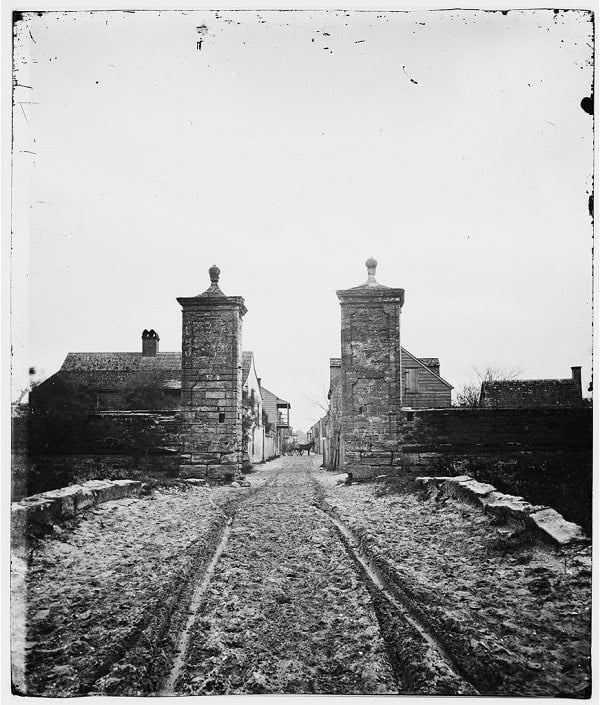 Visitors can see the remnants of the earthen and coquina walls that surrounded the city. These walls were constructed in 1704 following the British attack on the city. Source: Wikipedia 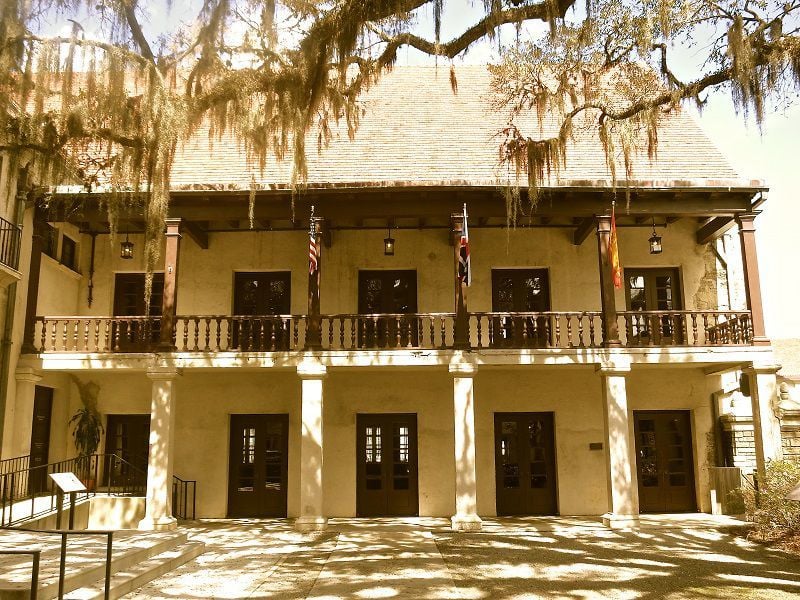 The Government House was established per the Spanish Law of the Indies that specified that a plaza must be set aside for government, church and public use. The result was this colonial-style building, which served as the seat of government for both the Spanish and English. Source: Susan Sims