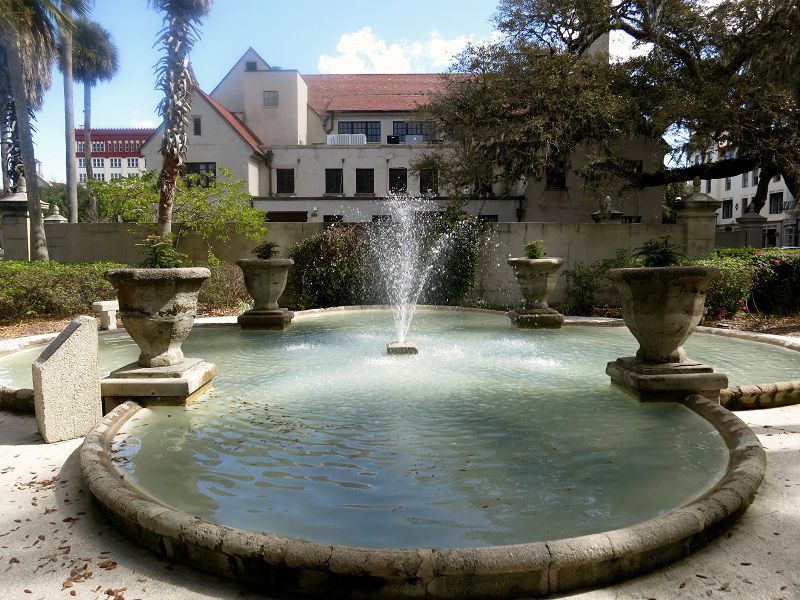 Greek Renaissance styles are seen in this fountain behind the Government House. Built in the late 1800s, the fountain was recently restored to its original flowing glory. Source: Susan Sims

In 1738, the country’s first freed-slave settlement was established at Fort Mose, providing safety to about 100 Africans who faced enslavement in the English colonies. The community, which sheltered more than 20 households, no doubt contributes to St. Augustine’s multiculturalism. In 1763, the Spanish took control of the Florida town once more, though the land was ceded to the United States in 1821. 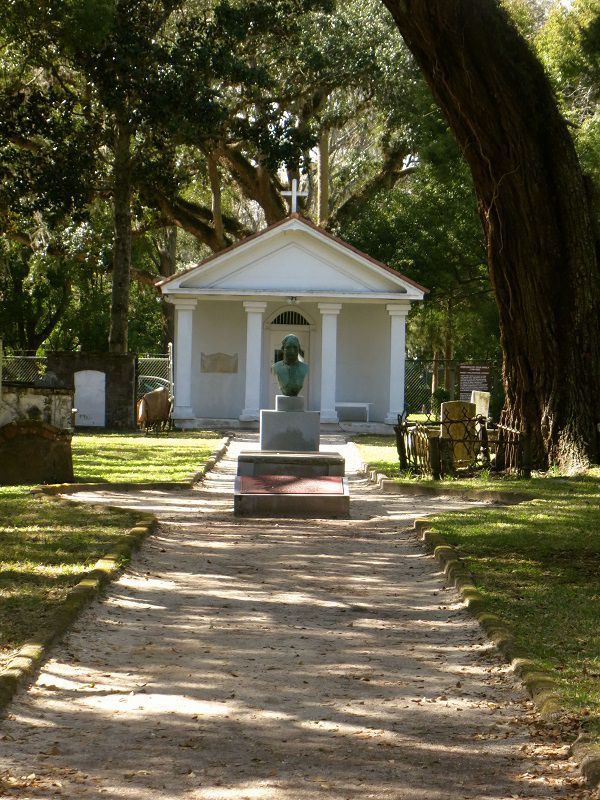 The Tolomato Cemetery was built on the site of the Indian village of Tolomato and served as a burial place for Catholics, which included Minorcans, freed slaves and Native Americans. Source: Susan Sims 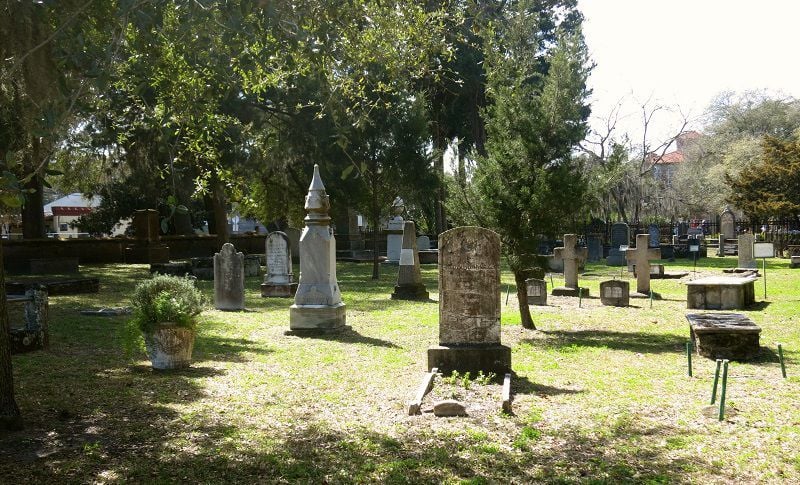 Huguenot Cemetery was used between 1821-1884 as a burial site for Protestants. Since the majority of the town was Catholic, the Protestant cemetery was established outside of the city gates. Source: Susan Sims 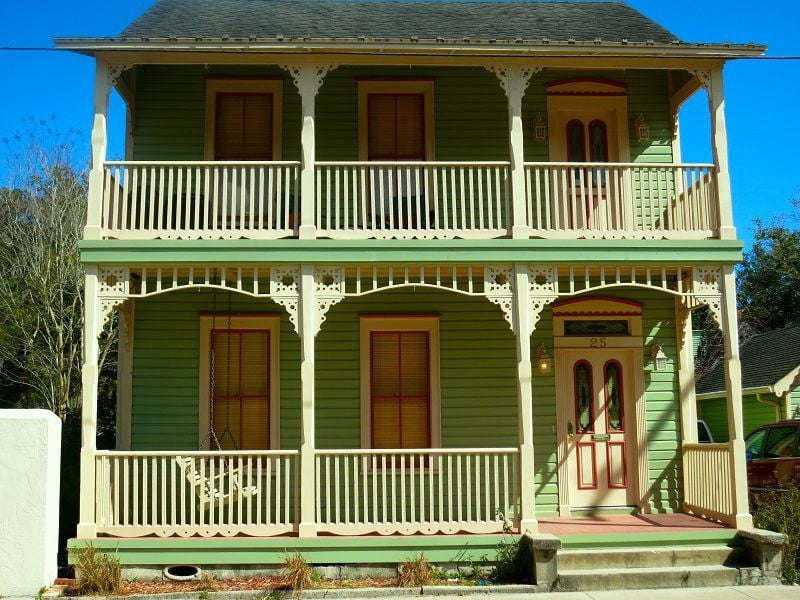 St. Augustine is home to numerous bed and breakfasts, painted in both vibrant and pastel colors that were popular during the Victorian period. Source: Susan Sims

The land boom hit St. Augustine in the 1900s, led by New York entrepreneur Henry Flagler, who had buildings constructed in the Spanish Renaissance Revival Style. Flagler was responsible for building the Ponce De Leon Hotel, which would eventually become Flagler College. He’s also attributed with the creation of St. Augustine’s first hospital, the Alcazar Hotel and the Memorial Presbyterian Church. Flagler’s influence established the city as a prime vacation spot for the Northern elite. 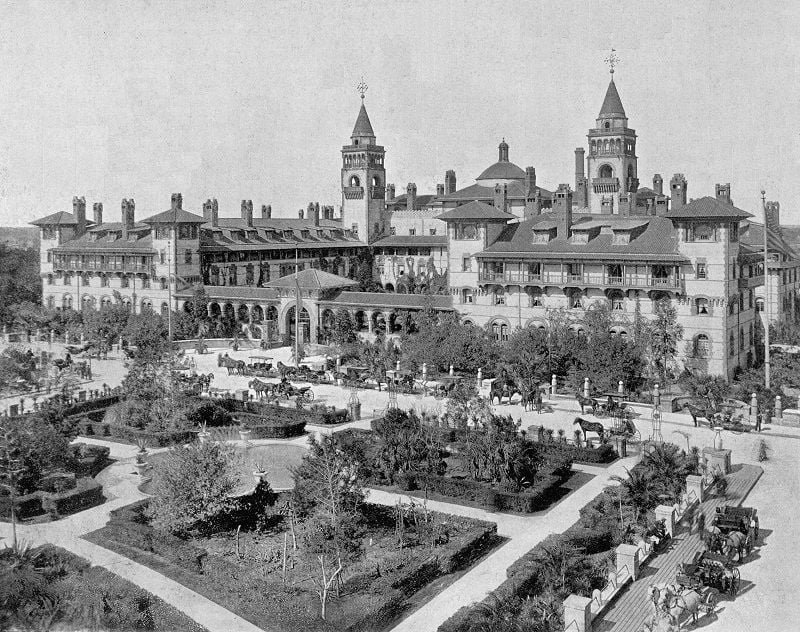 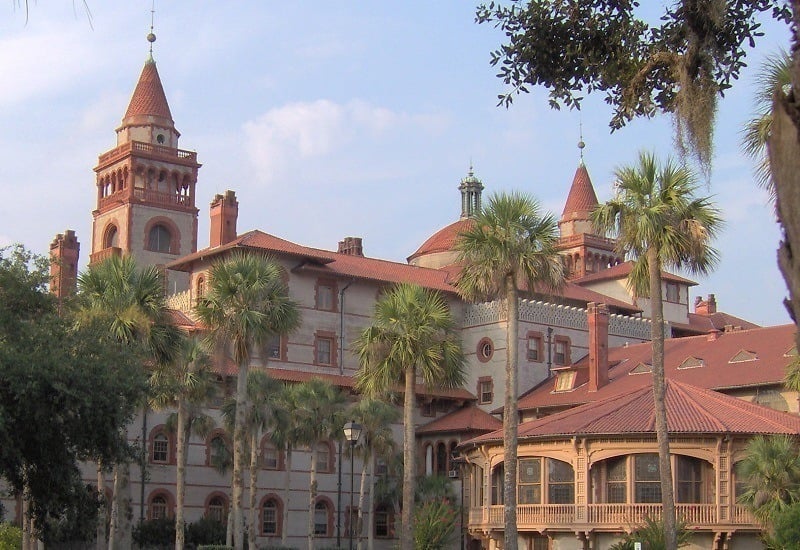 Flagler College provides an example of Spanish Renaissance architecture with some features of Moorish design, including sculpted crenellation and geometric entryways. Source: Wikipedia 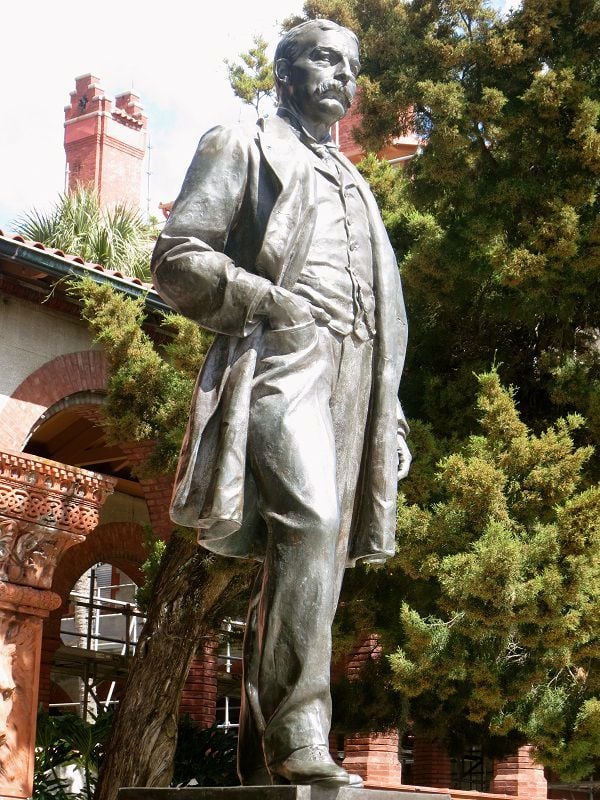 Henry Flagler’s statue stands in front of what is now Flagler College. Flagler hired architects Carrere and Hastings to construct the hotel in the style of the Spanish Renaissance Revival in 1888. Thomas Edison even wired it for electricity. Source: Susan Sims 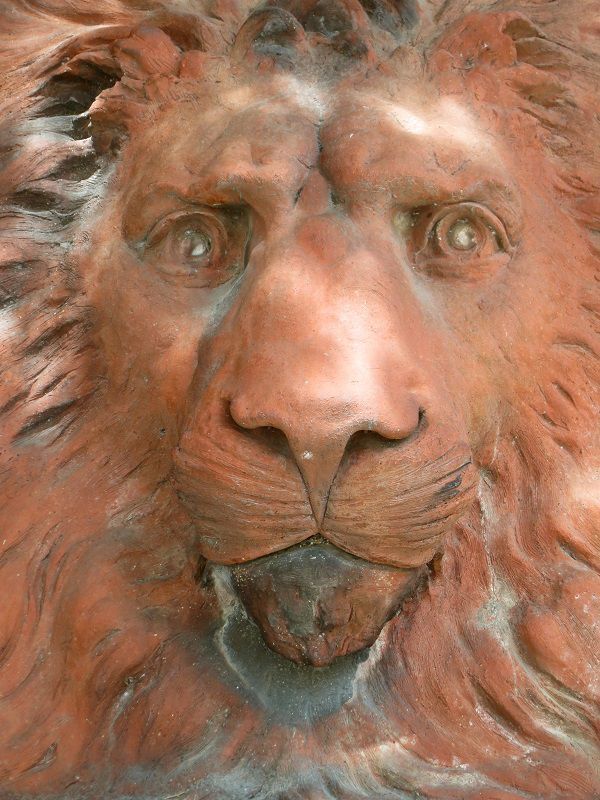 Lion heads guard the front of Flagler College, a reference to the heraldic banner of the school and a symbol of royalty. Source: Susan Sims 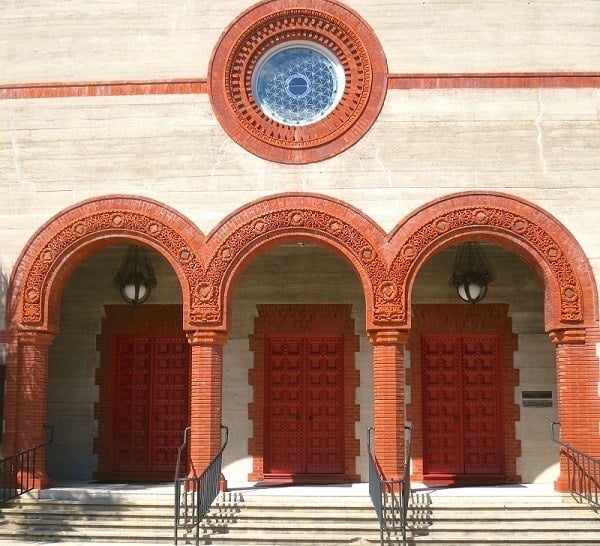 Grace Methodist Church was commissioned by Flagler and was constructed in Spanish Renaissance Revival with Moorish elements. Source: Susan Sims