Elizabeth Stacey Stanton was a North Carolina waitress whose grisly 1990 stabbing murder shook up the small town of Manteo. Then her friend Clifton Spencer was thrown in prison for it — despite almost no evidence. 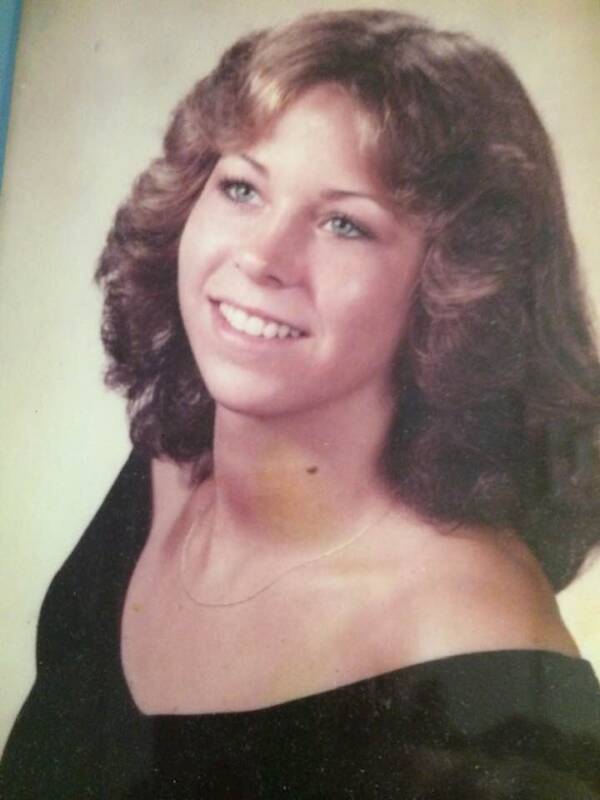 CrimeJunkiePodcast/FacebookStacey Stanton was stabbed more than 16 times in a brutal murder that eventually saw her friend Clifton Spencer wrongfully convicted.

The murder of Stacey Stanton rocked the sleepy North Carolina town of Manteo to its core. Only a couple thousand people lived in this coastal hamlet, most of whom seemed to be fond of the 28-year-old waitress. On Feb. 3, 1990, however, somebody had stabbed her to death — and sadistically desecrated her corpse.

Found naked on her apartment floor with hair clutched in her hand, Stanton had been stabbed 16 times. She suffered two fatal slashes to the throat and had her right breast, chest, and vagina mutilated. The autopsy on Feb. 4 concluded the killer did this when Stanton was already dead.

“The infliction of the sharply incised wounds to the breast and vagina region while the deceased was dying or already dead strongly suggests a fetishistic activity on the part of the assailant,” L.S. Harris, the Greenville County Medical Examiner, wrote in his report.

She was last seen with her friend, a Black man named Clifton Spencer. Yet, despite no hard evidence linking him to the crime, as well as a lab report that showed no so-called “Negroid hair” at the scene, it was Spencer who was charged with Stacey Stanton’s murder — and sentenced to life in prison.

The Murder Of Stacey Stanton

Elizabeth Stacey Stanton was born on Nov. 16, 1961, in New Jersey. She moved to Manteo in 1987 and earned her living waiting tables at the Duchess of Dare Restaurant. It wasn’t far from her apartment on Ananias Dare Street, which made her failure to show up for work on Feb. 3, 1990, all the more puzzling. 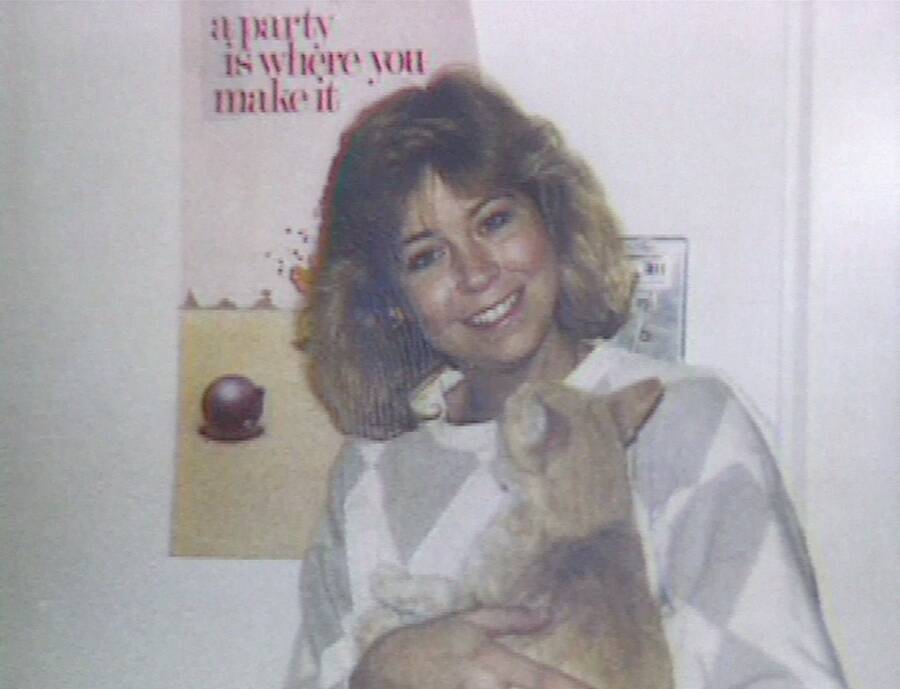 CounterClockPod/TwitterStanton’s vagina, right breast, and chest were slashed in the killing.

Clifton Spencer, meanwhile, lived in Columbia across the Alligator River. Unemployed, he slept on couches, worked odd jobs, and often used cocaine. He had driven to Manteo with a friend and ran into Stanton at the Green Dolphin Pub on February 2. Brandon was there with his new girlfriend Patty Roe. Stanton eventually left, upset.

When Spencer left, he saw Stacey Stanton outside of her place waving him in. She asked him to convince Brandon to come talk to her but Brandon declined. Spencer returned to her apartment and they both drank vodka for a few hours. She then gave Spencer $35 to buy crack cocaine, but he returned empty-handed an hour later.

“We were in the living room, and we’d been drinking, and we both kind of fell asleep on the floor,” said Spencer. “She kind of nudged me to wake up. And I got up and left. I went to my friend Wayne’s house and waited outside until he came home. Then, we both went in and crashed on chairs at his place.”

Stacey Stanton was found dead when a coworker dropped by to check on her at 2 p.m. that day. Local police and the Dare County Sheriff’s Office investigated with the State Bureau of Investigations. No evidence of rape was found on Stanton’s body. there was no sign of forced entry, but a bloody washcloth was left behind.

Harris determined that Stanton died in the “early morning hours” of February 3. Her neighbor Nancy Austin heard her come home at 1 a.m. but didn’t notice any commotion. Since the apartment yielded both Brandon and Spencer’s fingerprints and the former had an alibi, all eyes fell on Spencer — who had a criminal record.

Wayne Morris confirmed that Spencer arrived at 4:30 a.m. That would still have given Clifton Spencer enough time to kill Stacey Stanton, but there was no blood on his clothes or in Morris’ home where he slept. Oddly, the local newspaper, which was typically delivered after 6 a.m., was found mere feet from Stanton’s body. 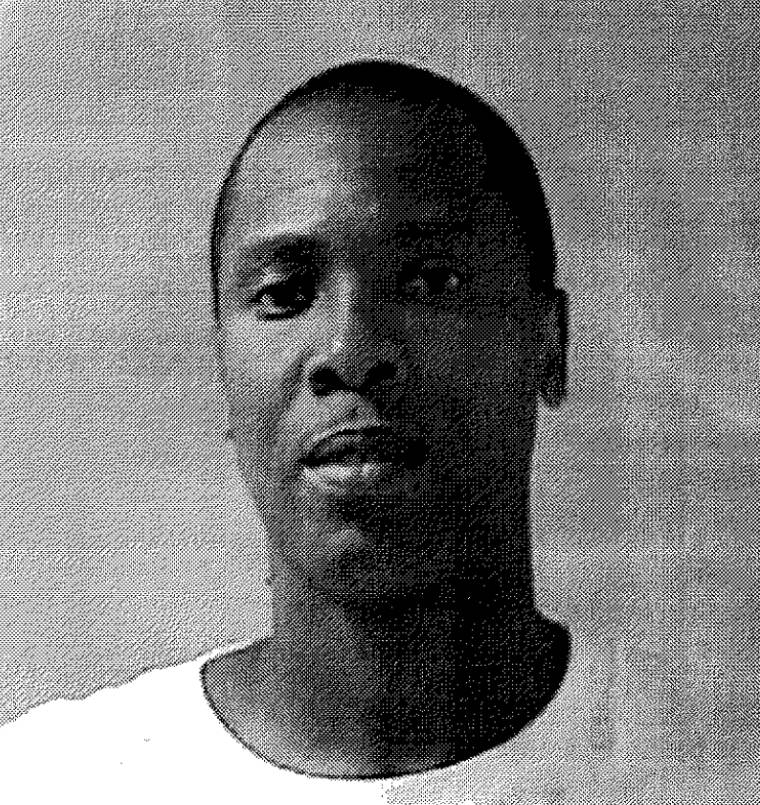 There were only 13 identifiable fingerprints at the scene. A March 1990 physical evidence report from the SBI would show that seven of these were Spencer’s, four were Stanton’s, and only two were Brandon’s. The latter had an alibi for the morning hours of February 3, while Spencer was picked up in Columbia on February 4.

“When I got back to Columbia the next day, a sheriff’s deputy called me over to this car and asked me to come to the department,” said Spencer. “I didn’t know what he wanted. But when he called the dispatcher, he told her he had the murder suspect.”

While being questioned without a lawyer present, Clifton Spencer maintained his innocence. Police mostly noted his previous arrests for drug possession and attacking an ex-girlfriend with scissors. After agreeing to a polygraph test, he allegedly failed when asked if he killed Stanton. He was indicted on first-degree murder charges on April 2.

Spencer was represented by NAACP attorney Romallus O. Murphy and adamantly pleaded not guilty at the Dare County courthouse on June 11, 1990. Murphy filed six pre-trial motions that included a request for a change of venue to get a fairer jury pool but then began urging Spencer to plead no contest.

“I told them I’d rather die than plead guilty to something I didn’t do,” recalled Spencer. “That lawyer told my mom I’d be sentenced to die if I took my case to trial. ‘A black man accused of killing a white woman in a small, Southern town doesn’t have much chance,’ that NAACP guy said.”

Clifton Spencer pleaded no contest to second-degree murder on Jan. 9, 1991, and was sentenced to life in prison.

On April 24, 1992, Spencer filed a 77-page petition arguing that his attorney had forced him to accept the plea deal. The court appointed Nags Head lawyer Edgar Barnes in May. Barnes was confident Spencer was innocent and contacted District Attorney Frank Parrish to request a more thorough investigation. 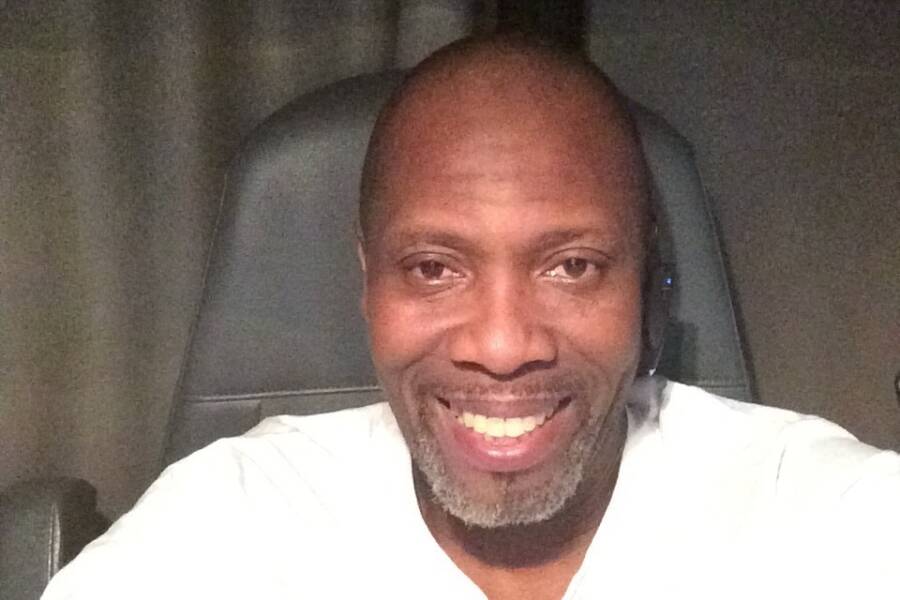 GoFundMeSpencer is now a truck driver.

“I sincerely and personally believe Clifton Spencer to be innocent and will continue to fight to see that he receives due justice,” he wrote. “I ask you to consider reopening this case. Or at least let me have access to all the police officers’ investigation files in order that I might be satisfied that justice has been served.”

On April 22, 1993, however, Judge Gary Trawick ruled that Spencer voluntarily pleaded no contest and had to serve his full sentence. By June 1995, Barnes became a District Court judge himself and was no longer able to represent Spencer — who shared a cell with 35 others and no air-conditioning.

In October 1995, a private investigator gave Spencer two polygraphs — which Spencer passed. Meanwhile, any record of Spencer’s supposed polygraph in 1990 was nowhere to be found. In 1997, a witness who had seen Stanton at the pub on Feb. 2 claimed Brandon’s girlfriend threatened her.

Brandon was arrested for breaking into the Dare County courthouse and trying to the vault containing evidence from criminal cases.

Spencer’s luck started to change when he demanded new DNA tests from the washcloth in 2005. While they failed to implicate another suspect, they didn’t contain Spencer’s DNA. With new lawyers and help from the Innocence Project, he was finally released in July 2007 — and now works as a truck driver.

After learning about Stacey Stanton and Clifton Spencer, read about the wrongful conviction of Ryan Ferguson. Then, learn about the West Memphis Three.