The Wrongful Conviction Of Ryan Ferguson, Who Served Nearly 10 Years In Prison For A Murder He Didn’t Commit

Ryan Ferguson spent nine years and eight months behind bars for the murder of Kent Heitholt — but he eventually won his freedom and even appeared on The Amazing Race. 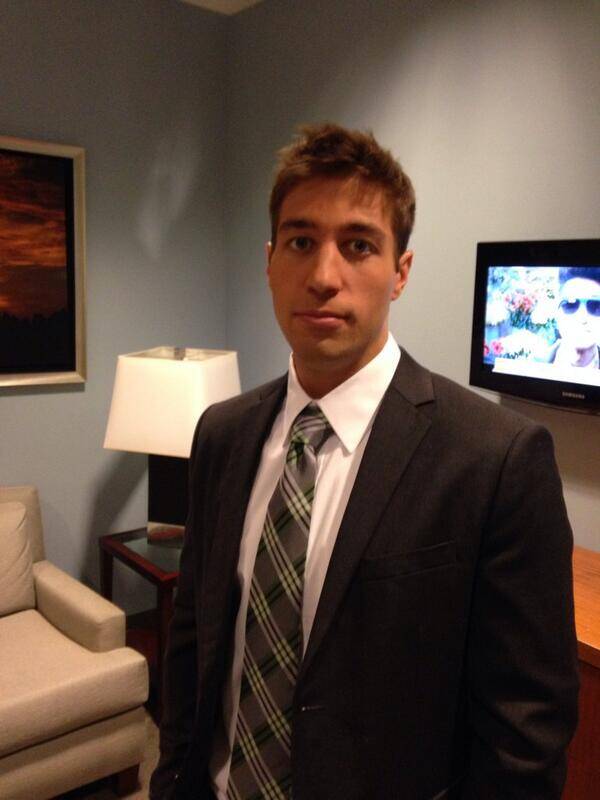 Ryan Ferguson/TwitterRyan Ferguson, pictured shortly after his exoneration and release, in 2014.

Though most recently known for his appearance on season 33 of The Amazing Race, Ryan Ferguson had been through much more grueling trials before he appeared on the competitive reality show. At 19 years old, Ferguson was wrongfully convicted for the murder of Kent Heitholt, the sports editor of the Columbia Daily Tribune.

For over a decade, Ferguson proclaimed his innocence and in 2013 was finally exonerated after an investigation revealed witness coercion, lack of evidence, and a mishandled prosecution. Now out of prison, Ferguson is not only living as a free man and working as a personal trainer, he even wants to help the man who accused him regain his freedom.

The Murder Of Kent Heitholt

One of the people yelled for her to get help, so Ornt ran to get her supervisor Jerry Trump while other employees called 911. Heitholt had been beaten and strangled to death just minutes after meeting with Boyd. When the police arrived, Ornt said she got a good look at the two men and gave the description that became the composite sketch, but Trump said he could not see the men clearly enough to identify them. At the scene, police found several fingerprints, footprints and a strand of hair. Despite the evidence, the case went cold.

GlassdoorKent Heitholt was killed in the parking lot of the Columbia Daily Tribune.

Two years later, Charles Erickson saw new coverage of the case in the local news and claims he began having dreams about the murder. The article included the composite sketch drawn from Ornt’s description, and he believed it looked like him. Erickson and Ryan Ferguson had been partying for Halloween near the crime scene, but because Erickson was under the influence of drugs and alcohol he couldn’t recall the events of that night. Erickson began to wonder if they had been involved, but Ferguson reassured him that it was not possible.

Erickson told other friends about his worries, and those friends went to the police. Once Erickson was at the police station, he could not recall any details about the crime and admitted he could be making up the story he was telling. Despite this, Erickson and Ferguson were arrested in March 2004, and Erickson was given a plea deal to testify against Ferguson at the trial. On the stand, he recounted the crime, but the defense was able to argue against all claims.

Jerry Trump, who went to prison in 2003 for an unrelated crime, took the stand and testified that his wife had sent him a news article while in prison and at that moment he did recognize the two men that night. This contradicted his original statement from the night of the crime when he said he didn’t get a good look at the perpetrators.

Additionally, none of the physical evidence collected at the scene was able to be matched to either of the two men. Despite this lack of evidence and unreliable testimony, Ferguson was convicted of second-degree murder and sentenced to 40 years in prison.

Ryan Ferguson Fights For His Freedom 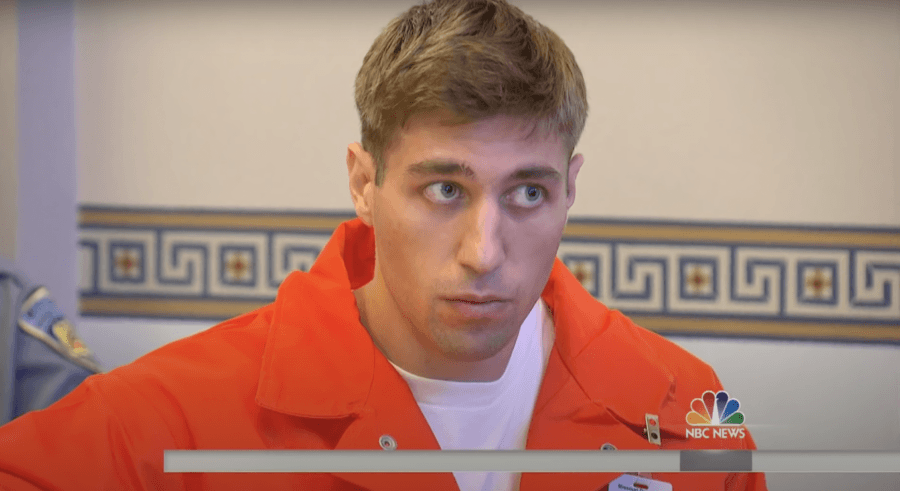 Youtube/TODAYRyan Ferguson, with the help of his parents and lawyer Kathleen Zellner, was able to be retried in court.

In 2009, Ryan Ferguson’s wrongful conviction case caught the attention of high-profile attorney Kathleen Zellner, who took on his case and successfully won a retrial in 2012. Zellner questioned Trump, Ornt, and Erickson who all admitted they lied — and that they were coerced into it by prosecutor Kevin Crane.

Trump stated he was given the article and photo of Ferguson by Crane, while Ornt and Erickson said they were threatened. Zellner decided to put Michael Boyd — the last person to see Heitholt alive — on the stand at Ferguson’s retrial. Boyd, who wasn’t called as a witness in the original trial, was able to give a complete timeline of the night Heitholt was killed. Zellner also discovered that evidence had been withheld from the defense team. As a result, Ferguson’s conviction was overturned after serving a quarter of his sentence.

In 2020, Ferguson was awarded $11 million, one million for every year he was incarcerated, and one million for legal costs. His charges were cleared because the court ruled there was not enough evidence to support a conviction.

Despite Erickson having testified against him, Ferguson says he wants to help Erickson, currently serving 25 years for the crime, to get his freedom.

“There are more innocent people in prison, including Erickson … I know that he was used and manipulated and I kind of feel sorry for the guy,” Ferguson said. “He needs help, he needs support, he doesn’t belong in prison.”

Ryan Ferguson’s family has offered a $10,000 reward for any information to solve the case. Meanwhile Erickson has filed two petitions for a writ of habeas corpus, both of which were denied. His most current appeal is still pending.

When he was in prison, Ferguson’s dad told him to do whatever he needed to protect himself and as a result, Ferguson focused on exercise, eventually becoming a personal trainer. After his release, he starred on the MTV series Unlocking the Truth, but said he struggled to find regular work because of his public reputation. Ferguson can be seen on the current season of The Amazing Race, where he is open about his experience of incarceration and hopes for the future.