The Shocking Story Of Thomas Silverstein, The Most Isolated Prisoner In U.S. History

Thomas Silverstein was convicted of four brutal murders, all while serving time for armed robbery — then spent the last 36 years of his life in solitary confinement.

Thomas Silverstein was an explosively violent, lifelong convict who murdered four people while imprisoned. And his death in 2019 marked the end of an era — as he had become the longest-held prisoner in solitary confinement in American history.

Violently bullied as a child, Silverstein was raised to respond in kind. He was arrested for armed robbery at 19 but sentenced to life for murdering an inmate. After killing another and then stabbing a guard to death, he was placed on indefinite lockdown and spent 36 years in a soundproof cell where the lights never turned off. 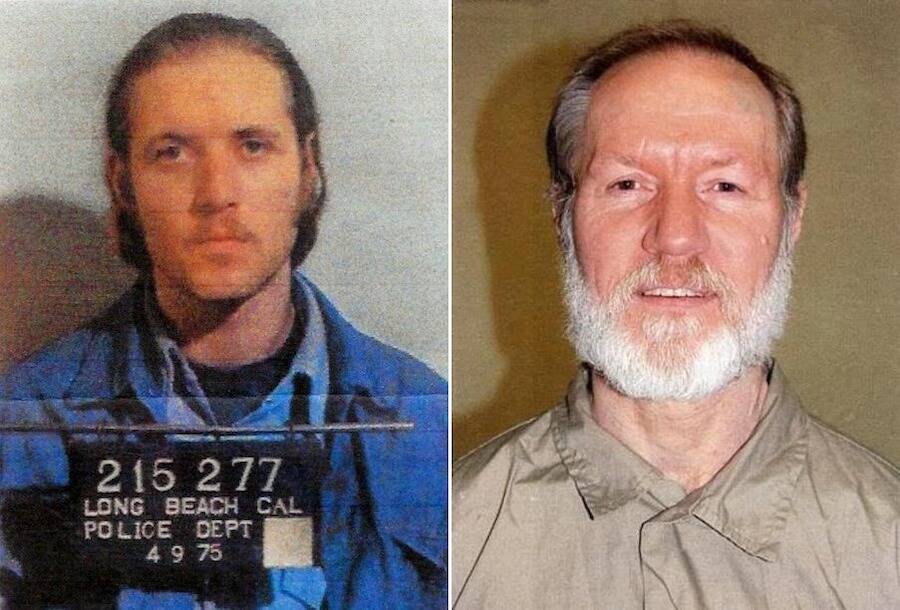 Desperate to curb incidents of violence, the Bureau of Prisons built a custom cell in the ADX “supermax” prison in Colorado. Silverstein spent over three decades having no contact with other human beings. According to the ACLU and Silverstein himself, it was literal torture.

“It’s almost more humane to kill someone immediately than it is to intentionally bury a man alive,” he said.

When he was born on February 4, 1952, in Long Beach, California, Thomas Edward Conway’s mother Virginia had already divorced his father and married Thomas Conway. She filed for divorce a second time in 1956 to marry Sid Silverstein. While he was now legally a Silverstein, Thomas always thought of Conway as his dad.

Young Tommy Silverstein was routinely bullied in his working-class neighborhood as he was mistaken for being Jewish. Spotting a bully named Gary walking home from school, Silverstein’s mother dragged him to her backyard and forced her son to beat him.

Conway had unwittingly unleashed a cycle of violence that would never cease, as Gary’s father spotted Silverstein the next day and dragged him to his house for Gary to respond in kind. Enraged, Conway drove over there and threw bricks through the window — teaching her son that two wrongs made a right.

Thomas Silverstein was 14 when he stole a car and assaulted a cop. While he was sentenced to the California Youth Authority reform school, he recalled learning nothing but violently standing his ground. “I hated authority, just like I hated bullies,” he said. Upon release, Silverstein began using heroin.

Committing armed robberies to finance his habit, Silverstein was arrested alongside his cousin and Thomas Conway in 1971. The 19-year-old was sent to San Quentin Prison only to be re-arrested while on parole in 1975 — for two more armed robberies that yielded $11,000.

He was sentenced to 15 years at the U.S. Penitentiary in Leavenworth, Kansas, in 1977. Peter Earley, author of The Hot House: Life Inside Leavenworth, said the state’s response to Silverstein’s deeds would directly spur the proliferation of supermax prisons and the practice of solitary confinement.

“Silverstein’s actions were responsible for ushering in a new era in modern-day corrections,” he wrote.

The Most Isolated Prisoner In U.S. History

At Leavenworth, Silverstein joined the Aryan Brotherhood gang for protection. He did their ghastly bidding, which included murdering inmate Danny Atwell for refusing to serve as their drug mule and bring heroin inside. Sentenced to life, Silverstein was transferred to the U.S. Penitentiary in Marion, Illinois.

His conviction was overturned in 1985 when reports surfaced that prosecutorial witnesses had perjured themselves. By that point, however, Silverstein and another inmate, Clayton Fountain, had already murdered Robert Chappelle of the D.C. Blacks prison gang.

The gang’s leader Raymond “Cadillac” Smith was soon transferred to Marion during Silverstein’s trial. While Smith planned to avenge Chappelle, Silverstein and Fountain acted first, stabbing him 67 times and killing him. With two new life sentences to his name, Silverstein killed again on October 22, 1983. 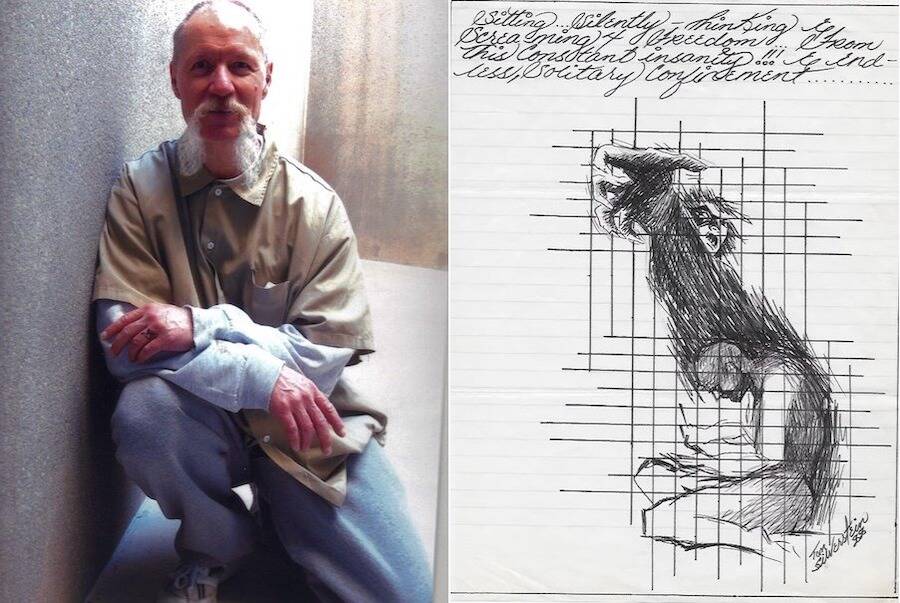 Using a homemade key to unlock his cuffs, he stabbed corrections officer Merle E. Clutts to death for allegedly bullying him and destroying his artwork. At this point, officials began designing the federal supermax prison as a direct result of Silverstein’s killings.

Silverstein was placed in solitary confinement with a permanently turned-on light in the ceiling that allowed for uninterrupted video surveillance. His meals were delivered through a slot while his monthly phone calls were limited to two. In 2005, he was transferred to Florence, Colorado.

Instructed by Bureau of Prisons director Norman Carlson, Silverstein was to have “no human contact” at the ADX facility. With no federal death penalty for killing a guard at the time of Clutts’ murder, Silverstein was placed in an 80-square foot cell and confined for 23 hours per day — leaving one hour to exercise in a cage.

After 36 years in solitary, Silverstein fell ill following heart surgery. His brief time at St. Anthony’s Hospital in Denver, Colorado, was his first reprieve from total isolation since the early 1980s. As he wrote in his memoir, however, dying on May 11, 2019, may have been a relief:

“Drip, drip, drip. The minutes, hours, days, weeks, months, years, constantly drip away with no end or relief in sight.”

After learning about Thomas Silverstein, read about 11 of the most unbelievable prison escapes. Then, learn about the 1971 Attica Prison Riot.