"I think we have just arrested the world's unluckiest burglars." 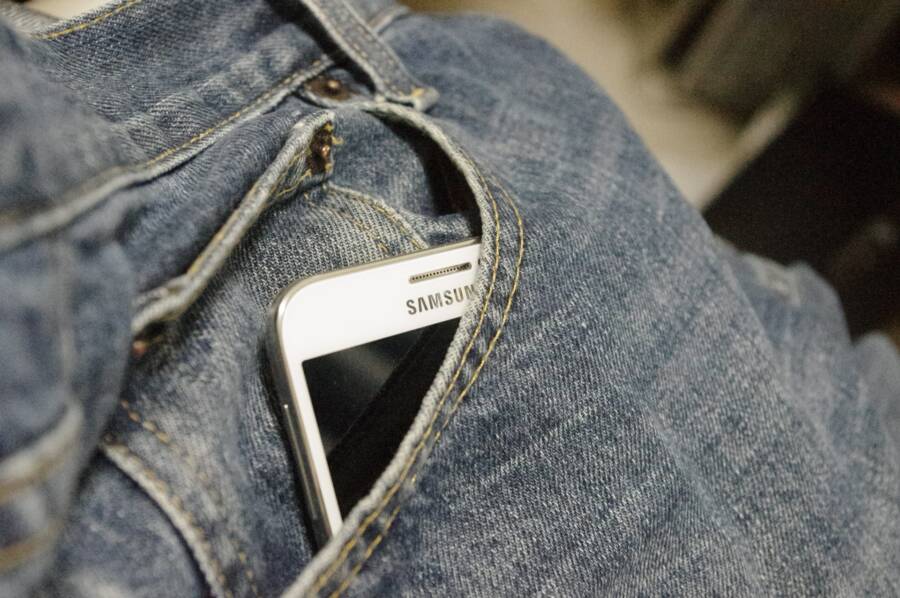 PixabayThe thieves were a couple of Gen Xers at 49 and 42 years old.

On Wednesday evening, Staffordshire police in England received an astonishing call. On the other end of the line were two men audibly discussing the robbery that they were in the middle of committing.

The two criminals were unaware that one of them had butt-dialed the cops and were wholly surprised when the authorities arrived a short while later.

“I think we have just arrested the world’s unluckiest burglars,” said Chief Inspector John Owen. “Whilst committing a burglary one of the bungling burglars has accidentally sat on his phone and dialed 999.”

According to The Guardian, Staffordshire police confirmed the suspects were two men, one of them was 49 and the other 42 years old. It’s yet unclear which of them was responsible for sitting on their phone and notifying the police, but what is clear is that officers on the other line even heard their colleagues when they came to make the arrest.

I think we have just arrested the world's unluckiest burglars:

Whilst committing a burglary one of the bungling burglars has accidentally sat on his phone & dialled 999. We recieve a call detailing all of their antics up to the point of hearing our patrols arrive to arrest them pic.twitter.com/0BZGSQdf0C

According to CNN, the remarkable failure on behalf of the robbers has since seen them compared to the villains in the Christmas classic Home Alone. While not suffering as many injuries as their fictional counterparts, the Staffordshire duo has suffered an equally embarrassing blunder.

Even the Chief Inspector couldn’t help himself from drawing the comparison, tweeting an animated gif of Home Alone character Marv in his public announcement of the arrests.

The local authorities confirmed that the baffling incident occurred in the Middleport area of Stoke-on-Trent. They justified their arrival at the scene to the burglars by explaining how the phone call led them to believe that the two men were indeed committing a crime.

As it stands, the unlucky pair are currently in custody and it remains unclear whether they’ve been processed yet.

A FOX40 News segment on the failed 2020 tobacco shop burglary.

But these halfway crooks aren’t alone in their misfortune. In 2016, another ill-fated duo made the colossal mistake of holding up a French McDonalds — inside of which 11 armed paramilitary members were eating.

And it was only last year that a burglar in Sonora, California fell through the ceiling of a tobacco shop he was trying to rob. His breach immediately triggered the alarm and led to his arrest. Identified as 40-year-old Storm Corral, the burglar tried to escape through the same hole he fell into. He failed and crashed back into the store.

Then, there’s the case of 25-year-old Callum Tumilty. Having stolen a swath of laptops from the Cambois school near Blyth in Northumberland, he accidentally left his phone behind. He was only caught after his mother called him for a chat. This made it rather clear to authorities that Tumilty was at least a suspect.

As for the butt-dialing hall of fame, the Staffordshire duo joined a pair in Fresno, California who called police while stealing a car in 2013.

“This stuff just doesn’t happen — where a crime is captured from beginning to end,” said Sergeant Jaime Rios of the failed car theft in 2013. “The 911 call was still open at the time of the arrests, and the officer took the phone and ended the call himself.”

In an increasingly confounding world where every other day brings about the wholly unexpected, it’s safe to say that Sergeant Rios was wrong. It appears that this stuff does just happen, weirdly often, and there’s no telling what type of buffoonery is coming up next.

After learning about the “world’s unluckiest burglars” accidentally butt-dialing the police, read about the 11 craziest crime news stories from 2020. Then, learn about the Florida man who was arrested for attempting to “barbecue” child molesters.