Chief Standing Bear gave the pipe to attorney John Lee Webster after Webster defended him in a 1879 civil rights case. 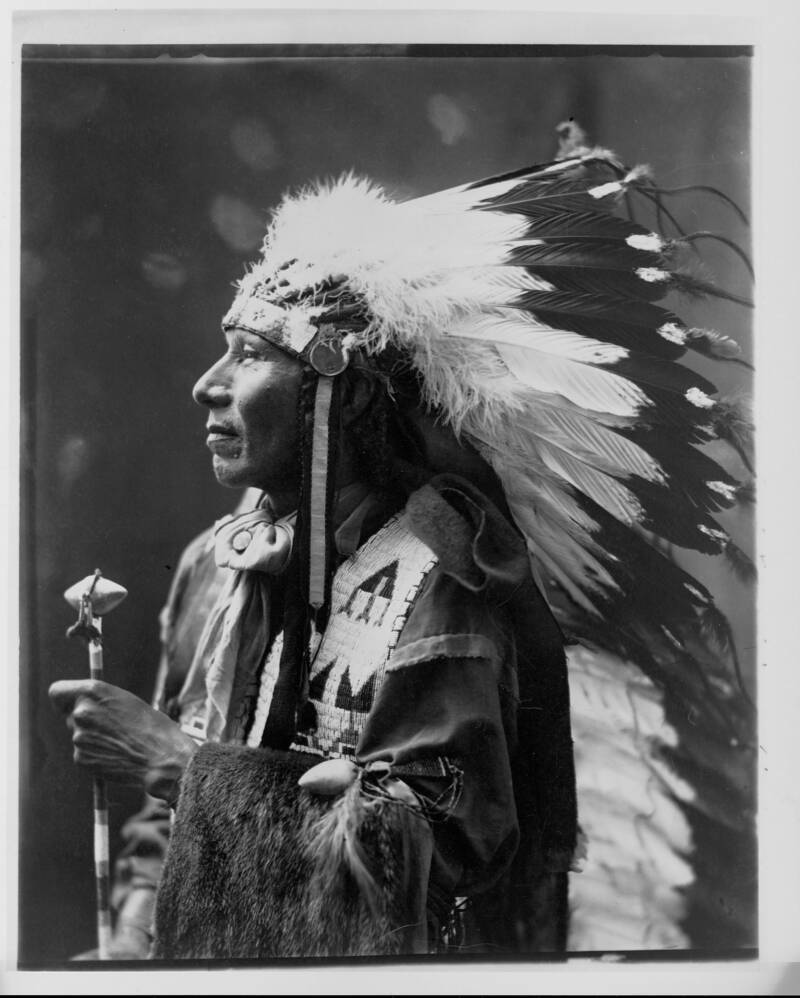 After a campaign by Nebraska politicians and descendants of Ponca Chief Standing Bear, Harvard has agreed to return a pipe tomahawk that the legendary Native American civil rights leader once gave to a lawyer as a symbol of thanks.

Before its recent return to the Ponca tribe, Standing Bear’s pipe tomahawk was on a long journey that started in 1879. Then, Standing Bear gifted the ceremonial object, which is part smoking pipe and part weapon, to attorney John Lee Webster, after Webster defended Standing Bear in a case.

That case, Standing Bear v. Crook, legally defined Native Americans as people after Standing Bear was arrested while trying to return his son’s body to his tribe’s ancestral lands in Nebraska, according to the Smithsonian. Though the U.S. attorney argued that Standing Bear “was neither a citizen, nor a person, so he could not sue the government,” Standing Bear’s lawyers Webster and Andrew J. Poppleton fought back.

The judge agreed with them, declaring in his decision that “an Indian is a PERSON within the meaning of the laws of the United States.”

“To us in Nebraska, that’s a touchstone in legal history like no other,” Charles R. Clark, a staffer to Nebraska state senator and Oglala Sioux tribe member Tom Brewer, noted to the Harvard Crimson. “It wasn’t, by any means, the final step or the last step that was needed — but what an important thing to have happened that should be commemorated.”

Following his victory in court, Standing Bear gifted his pipe tomahawk to Webster, who had defended him pro bono. But the gift didn’t remain in the Webster family. 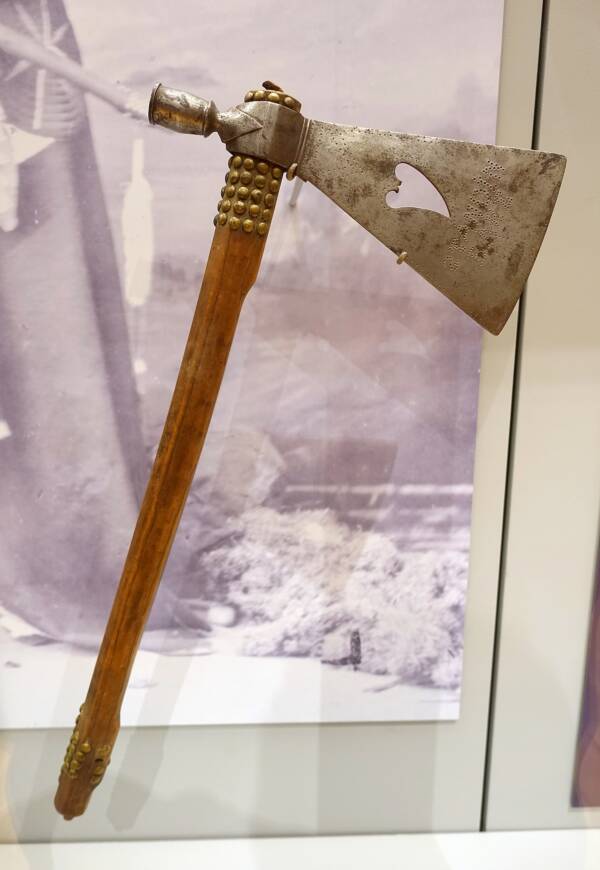 Public DomainThe pipe tomahawk, as seen on display at Harvard’s Peabody Museum of Archaeology and Ethnology.

According to the Smithsonian, it was sold to a private collector after Webster died, then changed hands multiple times before it ended up at Harvard. And to the Ponca tribe, that trajectory made all the difference.

“I know that at one time it was gifted, and that’s where the distinction was made,” Richard Wright Jr., Director of Cultural Affairs for the Ponca Tribe of Nebraska, told the Harvard Crimson.

“It was gifted from Standing Bear, but it was gifted to that individual and their family. And then, as it kind of got passed around and passed around years later, I think it’s right that it comes back to the Ponca people.”

After locating the pipe tomahawk at Harvard, Clark and Brewer started a campaign to return it to the Ponca tribe. The Harvard Crimson reports that the Nebraska State Legislature voted unanimously in support of repatriating the pipe tomahawk, and that Standing Bear’s descendant, Oklahoma attorney Brett A. Chapman, soon supported their efforts as well.

And on June 3, Harvard formally returned the tomahawk pipe to the Ponca tribe in a repatriation ceremony.

“It’s meant everything,” Wright told the Harvard Crimson of the pipe’s return. “It’s getting our history back. It’s very emotional in a way, as well. These things belong with the Ponca people. They belong at home.” 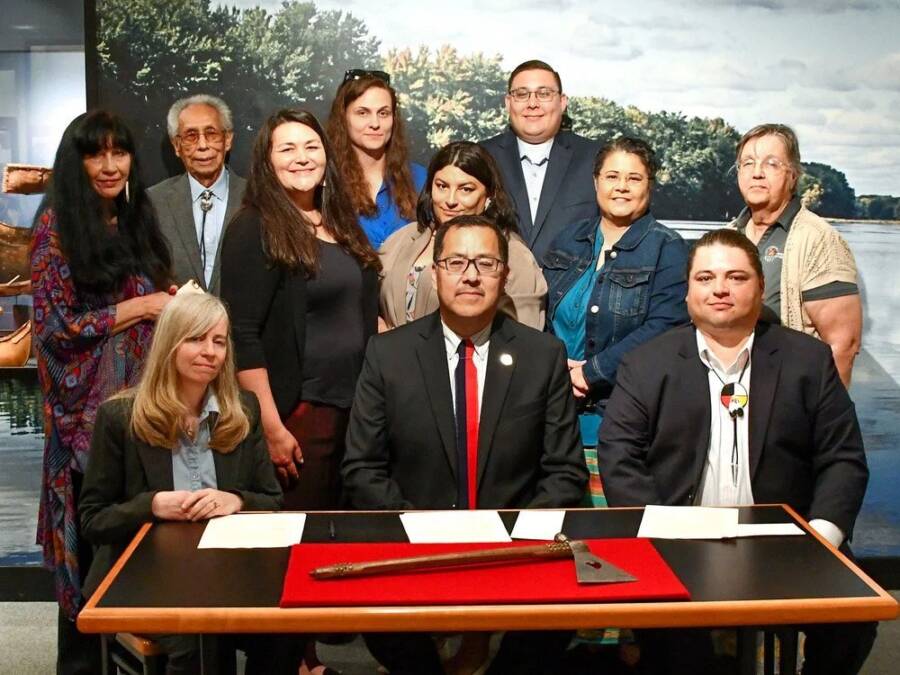 The Ponca Tribe of NebraskaA delegation from the Ponca tribe alongside the pipe tomahawk that Standing Bear gave Webster.

Though the Ponca tribe is pleased with the return of the pipe, some have noted that Harvard still has a lot of work to do repatriating similar objects. According to the Crimson, Harvard holds the remains of 7,000 Native Americans, as well as 19 people who were enslaved.

“I would definitely love to work with Harvard in the future,” Wright said of possible future repatriation efforts. “I think what we’ve done here is really history because we’ve set a precedent for the future going forward — not just for the Ponca Tribe, but for maybe all these other tribal nations across the world.”

After reading about the return of Standing Bear’s pipe tomahawk to the Ponca tribe, look through these stunning colorized photos of Native Americans. Or, learn about the tragic history of the Native American genocide.