Meet Vernon Presley, Elvis Presley’s Father And The Man Who Inspired Him To Become A Rock Star

A doting father who encouraged his son to do whatever he wanted with his life, Vernon Presley was right by Elvis’ side all the way up until the King’s untimely death at just 42.

Behind every superstar, there are parental figures who help them. That was certainly the case with The King, Elvis Presley. His father Vernon Presley had a huge influence on his life from introducing him to music to supporting him on his path toward stardom. 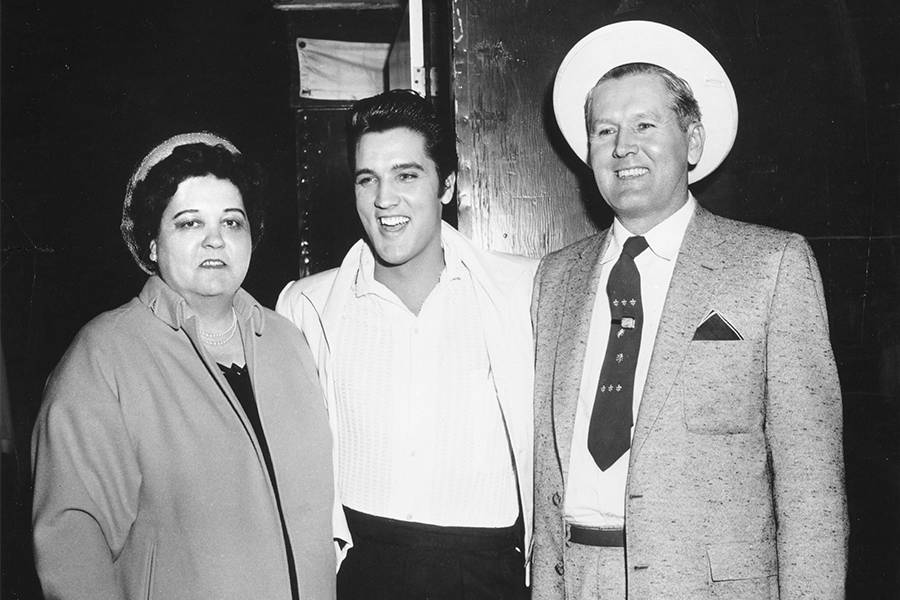 Michael Ochs Archives/Getty ImagesElvis Presley with his parents Gladys and Vernon Presley in 1961.

Vernon worked various odd jobs to make ends meet. He frequently worked with his older brother on the farm, and he also drove a wholesale grocery delivery truck to retail stores throughout Mississippi.

When Elvis came into the world on January 8, 1935, Vernon Presley was reportedly delighted to become a father. As he said in 1978 after his son’s untimely death at age 42:

“My love for my son began even before he was born. At that time there was almost nobody poorer than my wife Gladys and me. But we were thrilled and excited when we learned that we were going to be parents. I was only 18 years old, but throughout Gladys’ pregnancy it never occurred to me that I wouldn’t be able to take care of her and the baby.”

What is not generally known about Elvis as a baby was that he was actually a twin. His slightly older sibling, named Jesse after Vernon’s father, died stillborn. When asked if Elvis’s life might have been different having a twin brother, Vernon said, “I can only say that God spoke to my heart and told me that Elvis was the only child we’d ever have and the only child we’d ever need.” 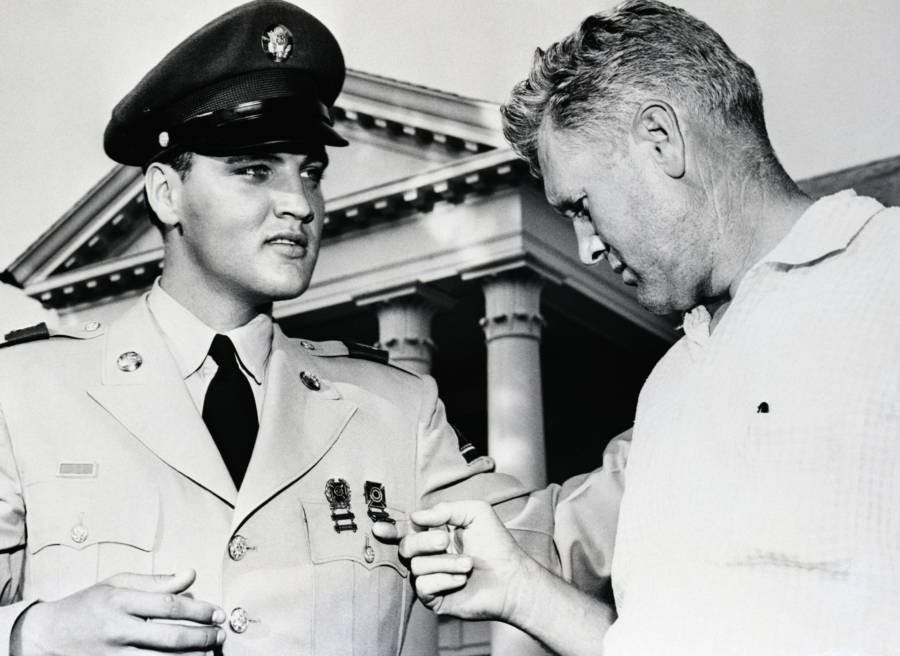 Bettmann/Getty ImagesVernon Presley looks like any other proud parent as he examines his sons medals in front of the Presley home in 1958.

The Presley home was reportedly a loving one. Vernon said he rarely spanked Elvis and that there were some activities that Vernon loved but that Elvis decided to avoid. When the elder Presley wanted to take his son hunting, Elvis replied, “Daddy, I don’t want to kill birds.”

Vernon left it at that and respected his son’s feelings.

One thing the Presley family did do together was sing. They attended church, where Vernon was a deacon for the Assemblies of God and his wife sang. The three of them would gather around the piano and sing gospel songs.

This love of church music, coupled with happy family memories, surely helped a young Elvis Presley turn into The King of Rock and Roll.

“At that time, he was more interested in gospel singing and quartet singing. So, he tried two or three different of the young groups, to get in with them. They was [sic] either full or they didn’t think he could sing good enough or something. I don’t know what happened. Then, after he made this record, quite a few of the quartet groups wanted him.” 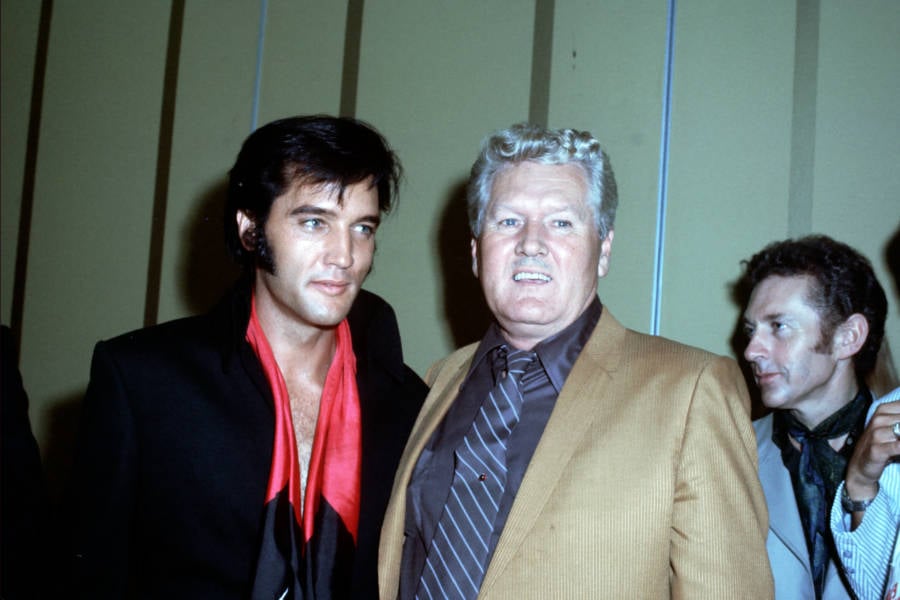 Michael Ochs Archives/Getty ImagesElvis Presley and his father Vernon Presley during a press conference after his first performance at the International Hotel on Aug. 1, 1969 in Las Vegas, Nevada.

Clearly, fame changed the minds of many people about Elvis’s abilities, but it was too late. Elvis was a solo act and his dad made sure of it. He told Elvis to stick to what he’s got, and the rest is history.

The Father Of The King Died Of A Broken Heart

When the King became famous, Vernon was not far behind. Vernon managed his son’s affairs from Graceland, where the Presleys lived since Elvis was 21. Not only did Vernon oversee Elvis’s finances to a large extent, he also went on tour with his son.

Vernon also visited Elvis on the sets of his movies and had a role as an extra in Live a Little, Love a Little.

The two men were inseparable during Elvis’s entire life, and they clearly relied on each other for help.

When Elvis died in 1977, Vernon became the executor of his estate and earned $72,000 a year making sure the King’s last will and testament came to pass. The elder Presley died two years later of a heart attack in June of 1979.

Some believe Vernon Presley died of a broken heart. No father should have to endure the death of a child, especially when he felt so close to his boy his entire life. Even though the death of Elvis was tragic and horrible, at least the two Presley men weren’t apart for long and they are now both at peace.

After learning about Vernon Presley, the father of Elvis Presley, check out these interesting Elvis facts. Then, read the story behind the infamous photo of Elvis and President Richard Nixon.