Who Invented The Telegraph? Inside The Birth Of The Revolutionary Device That Changed Communication Forever

Samuel Morse first got the idea to invent the electric telegraph in 1832, and by the time he died 40 years later, it was possible to send a message from America to Europe within minutes. 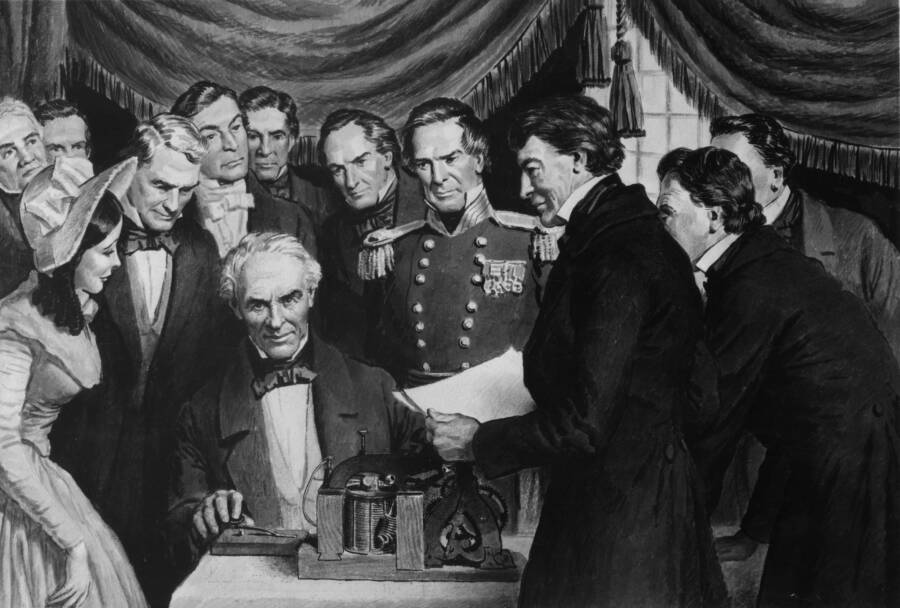 Authenticated News/Getty ImagesSamuel Morse sending the first public telegraph from the Supreme Court chamber in the Capitol to Baltimore, Maryland, on May 24, 1844.

When the first telegraph message was successfully sent in 1844, curious bystanders were gobsmacked. The device had practically revolutionized long-distance communication overnight. How it worked was rather clear, but who invented the telegraph is a question that requires just as many dots and dashes as one of its messages to answer.

In 1832, American artist Samuel Morse got the idea for the electric telegraph. He first brilliantly developed an eponymous code that served as a language. According to HISTORY, Morse Code essentially assigned a series of dots and dashes to each letter of the alphabet which were then transmitted as electrical signals from one device to another through iron wires to be deciphered at the other end.

While Morse also invented the machine itself, the painter stood on the shoulders of contemporary giants to do so. He nonetheless stunned Congressmen on May 24, 1844, according to the United States House of Representatives, by relaying the first official telegram from Washington, D.C., to Baltimore, Maryland: “What hath God wrought?”

His audience of politicians was rightfully awestruck. Few had ever considered electricity itself as a means of communication, and the telephone was still decades away. The invention of the telegraph, however, began years before Morse ever developed his code.

The earliest humans had no real need to interact across long distances. Tribes largely isolated themselves and spoke only amongst each other. But as civilizations evolved, so did the need for long-distance communication.

From Ancient China to Egypt and Greece, numerous cultures around the world resourcefully realized that smoke itself could serve as a method of communication. This approach was useless with volatile weather changes, however, and beating on drums to notify distant travelers only reached so far.

While Claude and Ignace Chappe innovated upon these methods with the semaphore in 1791, according to Encyclopedia Britannica, this French system was still rather lacking. Hilltop towers with movable arms or lights produced visual cues for observers to decipher, only for them to have to physically travel to another semaphore to relay the translated message.

Leaps were made when Englishman George Murray built a telegraph that transmitted characters between devices by opening or closing its shutters in 1795. In 1800, physicist Alessandro Volta invented the battery. And when Denmark’s Hans Ørsted discovered a connection between electricity and magnetism in 1820, the stage was set. 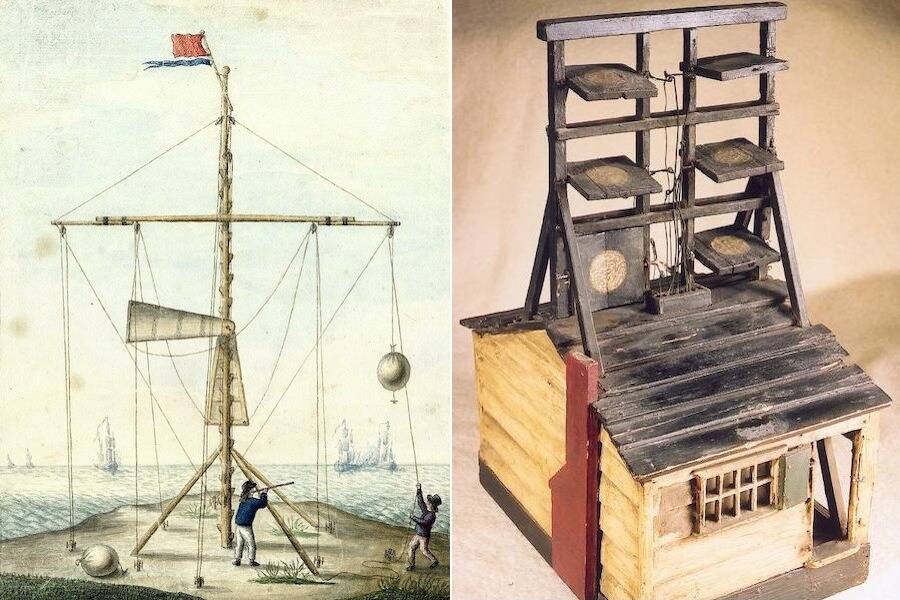 With the United States wide and vast, its disparate citizenry clamored for new ways to communicate across long distances. The House of Representatives requested as much in February 1837. When Secretary of the Treasury Levi Woodbury called upon the people for ideas, according to the United States Senate, one proposal in particular changed the world.

Every incoming suggestion essentially built upon visual semaphores but one. While Samuel Morse primarily spent his time as a portrait artist and teacher, he had been working on an “electromagnetic telegraph” machine since 1832. When his government asked for solutions, he acquired a preliminary patent — and got to work.

Samuel Finley Breese Morse was born on April 27, 1791, in Boston, Massachusetts. Though he was primarily interested in painting, his pastor father sent him to Yale College to become a well-rounded citizen. After graduating in 1810, however, Morse traveled to Europe to study art.

Morse was struck by the notion of using electricity to transmit more than mere voltage during a voyage back to America in 1832. English scientist Michael Faraday had recently demonstrated that electricity could be regulated through quantity and intensity — or current and voltage — and had invented the electromagnet.

Morse and fellow passengers discussed these advancements at length, leading Morse to ponder whether messages could be transmitted in code through a wire. With scarce knowledge of the subject, however, he turned to chemistry professor Leonard D. Gale at the University of the City of New York to learn more.

Unlike Morse, Gale had read Joseph Henry’s 1831 article wherein the Princeton University graduate posited the idea of an electric telegraph. Gale showed Morse how to boost an electrical signal’s strength in order to transmit it over long distances, then Morse enlisted technician Alfred Vail to help him manufacture the device.

The first telegraph machine was fairly simple. It had long and short metal bars that represented Morse’s newly-developed code, and an operator simply pushed a pointer connected to a battery to send corresponding dots and dashes through a wire. The receiver, meanwhile, had an electromagnet connected to a stylus — which produced a translated message.

While Morse applied for funding for his device by December 1837 and demonstrated it across New York City and Washington, D.C. in 1838, the economic Panic of 1837 saw investors scatter. When the country recovered in 1843, however, Morse successfully asked Congress for $30,000 to build a telegraph line from D.C. to Baltimore.

How The Invention Of The Telegraph Changed The World

Fortunately for Samuel Morse, the House of Representatives passed the bill containing his funding and the Senate approved it mere hours before the final session of Congress concluded. With one stroke of President John Tyler’s pen, Morse had received the financing to construct a 40-mile wire, which was strung along trees and poles. 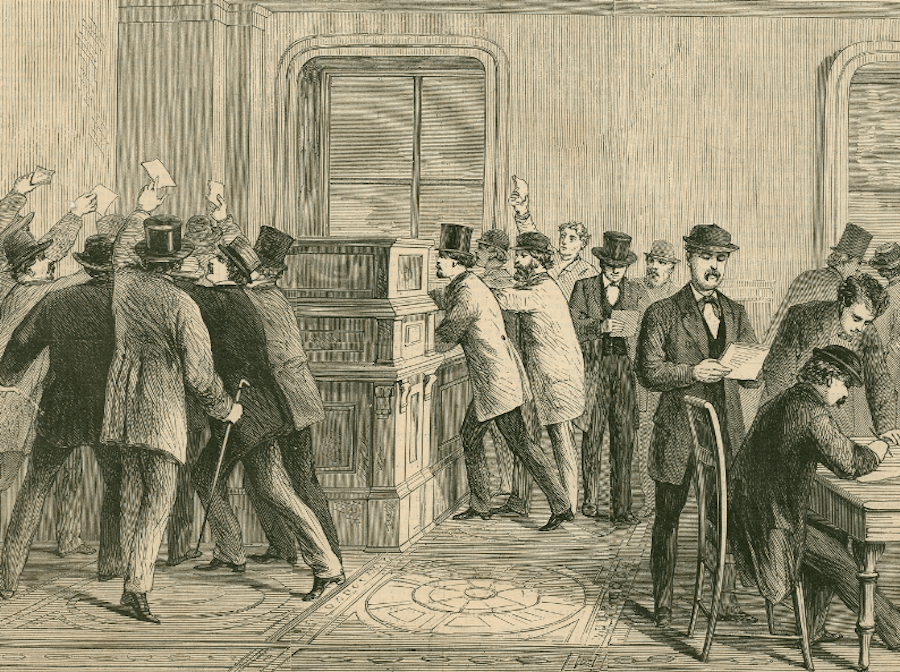 Completed in 1844, the precarious line connected the Supreme Court Chamber of the Capitol building with a railroad station in Baltimore. With Vail operating the receiving telegraph machine in Maryland, Morse tapped away and sent the first official telegraph message on May 24.

The telegraph invention rapidly took off. The Capitol completed the first news dispatch to Baltimore’s Patriot newspaper the next day to announce that the House had voted against discussing the Oregon Territory with the Committee of the Whole. In 1853, President Franklin Pierce approved plans for the first telegraph office in the House Chamber.

By 1861, the Western Union Telegraph Company completed the first transcontinental telegraph line. And in 1866, the first telegraph cable was laid across the Atlantic Ocean. This modern form of long-distance communication spread across Europe within a century, with 40 Atlantic lines laid by 1940.

The telegraph changed everything. Millions learned about wars, disasters, deaths, and stories of triumph because of it. News no longer relied on horses or carriages — and the technology soon allowed money to be wired around Earth. In that sense, we’re still benefactors of the invention to this day.