From Robert Kahn and Vint Cerf to Tim Berners-Lee, discover the true inventors of the internet and learn what inspired them to change the world forever.

The World Wide Web is a wonderful place, but have you ever wondered who invented the internet? The answer is not a simple one since there is no one person who can take all the credit.

Who Invented The Internet?

Although it seems like the internet was invented yesterday, the concept is actually over a century old and involved individuals and organizations from all over the world contributing to it. But the long history of its origins is primarily divided into two waves: first, the concept of the internet in a theoretical sense and, second, the actual construction of the internet itself. 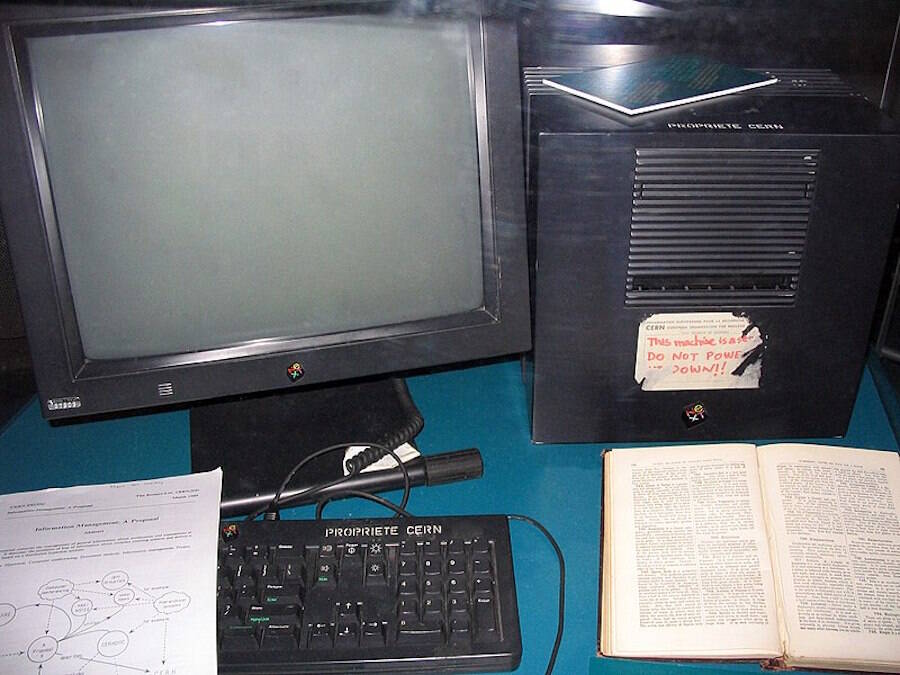 The early inklings of the internet date back to the 1900s, when Nikola Tesla theorized a “world wireless system.” He believed that given enough power, the existence of such a system would allow him to transmit messages throughout the world without using wires.

By the early 1900s, Tesla was hard at work trying to figure out a way to harness enough energy so that messages could be transmitted across long distances. But Guglielmo Marconi actually beat him to conducting the first transatlantic radio transmission in 1901 when he sent the Morse-code signal for the letter “S” from England to Canada.

Upstaged by Marconi’s incredible breakthrough, Tesla wanted to accomplish something bigger. He tried to convince his donor J.P. Morgan, the most powerful man on Wall Street at the time, to bankroll his research on something he called the “world telegraphy system.” 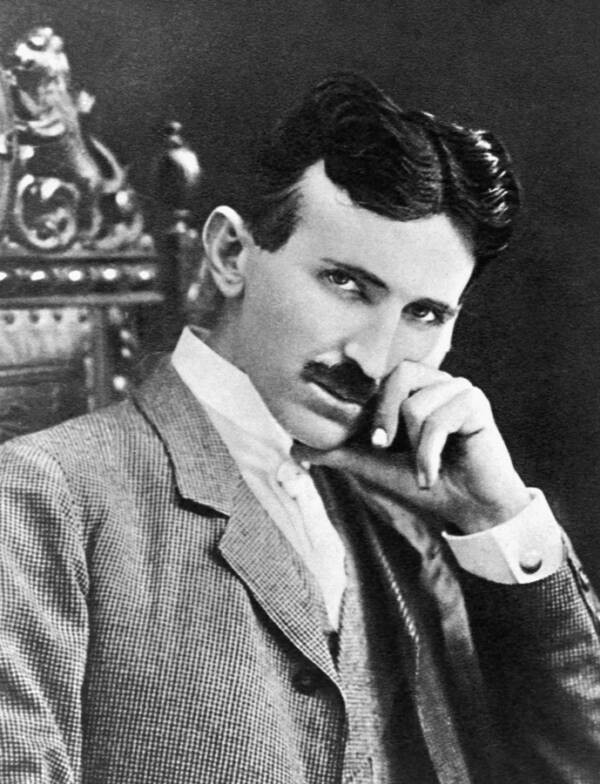 The idea was essentially to set up a center capable of transmitting messages all around the globe at the speed of light. However, the idea sounded completely far-fetched and Morgan eventually stopped funding Tesla’s experiments.

Tesla struggled to make his idea a reality and suffered a nervous breakdown in 1905. Although he pursued his dream of a worldwide system until his death in 1943, he never fulfilled it himself.

But he is considered the first person known to envision such a radical way of communicating. As fellow engineer John Stone put it, “He did dream and his dreams came true, he did have visions but they were of a real future, not an imaginary one.”

The Early Days Of The Web 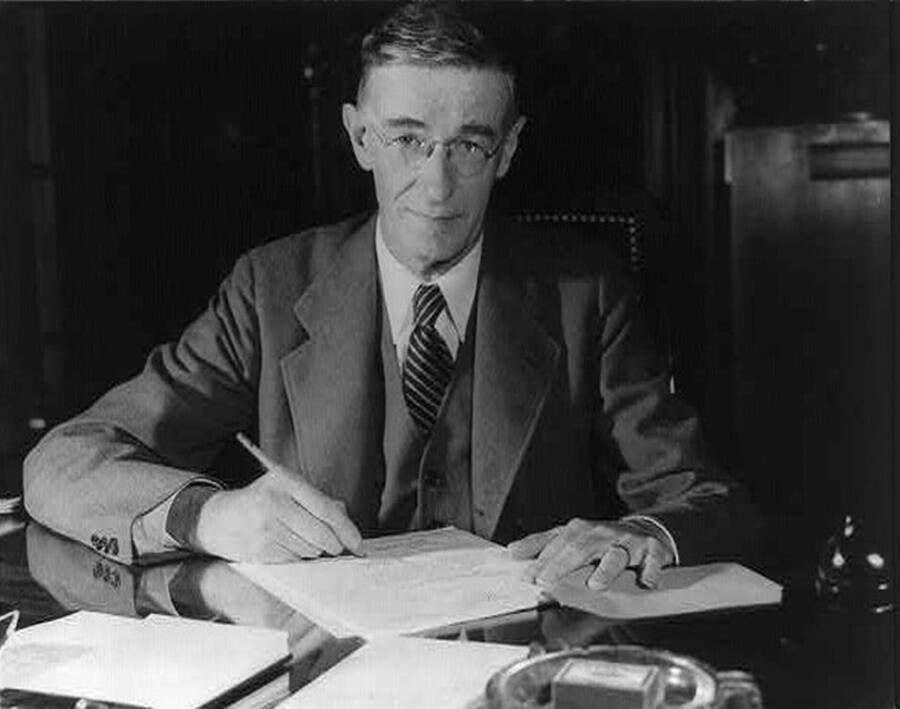 Wikimedia CommonVannevar Bush headed the U.S. Office of Scientific Research and Development (OSRD), which carried out nearly all of the country’s wartime projects during World War II.

In 1962, Canadian philosopher Marshall McLuhan wrote a book called The Gutenberg Galaxy. In it, he suggested there were four distinct eras of human history: the acoustic age, the literary age, the print age, and the electronic age. At that time, the electronic age was still in its infancy, but McLuhan easily saw the possibilities the period would bring.

McLuhan described the electronic age as being home to something called a “global village,” a place where information would be accessible to everyone through technology. The computer could be used as a tool to support the global village and “enhance retrieval, obsolesce mass library organization” of “speedily tailored data.”

A couple of decades earlier, American engineer Vannevar Bush had published an essay in The Atlantic that hypothesized the mechanics of the web in a hypothetical machine he called the “Memex.” It would allow users to sort through large sets of documents connected through a network of links.

Despite the fact that Bush excluded the possibility of a global network in his proposal, historians commonly cite his 1945 article as the breakthrough that later resulted in the conceptualization of the World World Wide Web.

Similar ideas were brought forth by other inventors across the world, among them Paul Otlet, Henri La Fontaine, and Emanuel Goldberg, who created the first dial-up search engine that functioned through his patented Statistical Machine.

That’s right, the internet’s early use served a military purpose since ARPA was run under the U.S. Department of Defense. 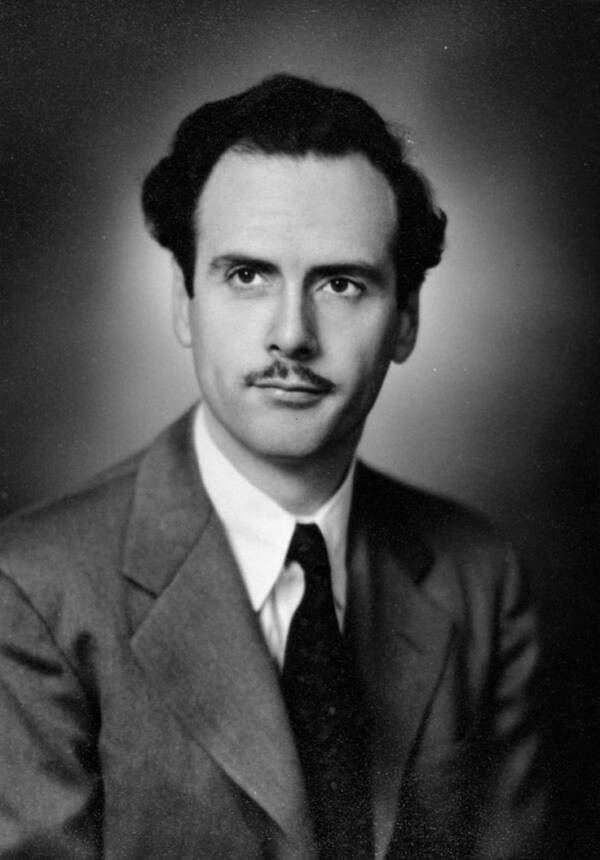 ARPANET or the Advanced Research Projects Agency Network was the brainchild of computer scientist J.C.R. Licklider, and used an electronic data transmitting method called “packet switching” to put the newly designed computers onto a single network.

In 1969, the first message was sent through the ARPANET between the University of California-Los Angeles and Stanford University. But it wasn’t quite perfect; the message was supposed to read “login” but only the first two letters made it through. Nevertheless, the first workable prototype of the internet as we know it was born.

Shortly after, two scientists successfully contributed their own ideas to aid the expansion of the internet even more. 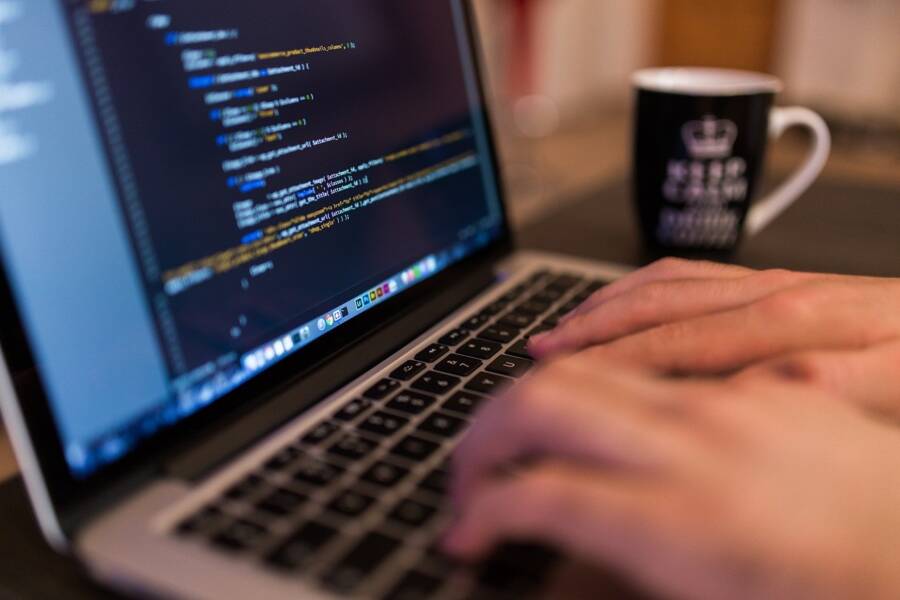 PixabayOver 100 years since Tesla’s idea for an international network of communication, access to the internet has become a necessity. Almost 4.57 billion people were active internet users as of April 2020.

While the U.S. military had been using ARPANET for parts of their operations in the 1960s, the general public still had no access to a comparable network. As technology advanced, scientists began to get serious about figuring out how to make the internet a reality for the public.

In the 1970s, engineers Robert Kahn and Vinton Cerf contributed what are perhaps the most important parts of the internet that we use today — the Transmission Control Protocol (TCP) and the Internet Protocol (IP). These components are the standards for how data is transmitted between networks.

Robert Kahn and Vinton Cerf’s contributions to the construction of the internet won them the Turing Award in 2004. Since then, they have also been awarded countless other honors for their accomplishments.

The history of the creation of the internet stretches back farther than most people think.

In 1983, TCP/IP was finished and ready for use. ARPANET adopted the system and began to assemble a “network of networks,” which served as the precursor to the modern internet. From there, that network would lead to the creation of the “World Wide Web” in 1989, an invention attributed to computer scientist Tim Berners-Lee.

Now, decades later, Tim Berners-Lee’s invention of the World Wide Web is used far and wide by members of the public, a situation only made possible by the engineer’s own ideals of public accessibility. Global access to the internet has brought about radical change in the way society shares and uses information, which can be both good and bad.

To this day, though he has been knighted and given many other impressive accolades for it, Berners-Lee has never directly profited from his invention. But he continues his commitment to safeguard the internet from being completely overtaken by corporate entities and government interests. He’s also fighting to keep hateful speech and fake news off the World Wide Web. 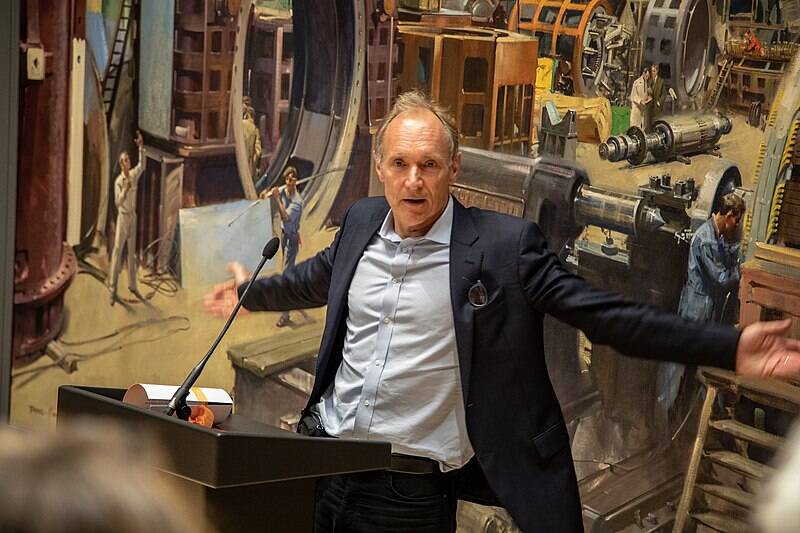 Wikimedia CommonsMore than 30 years after creating the World Wide Web, Tim Berners-Lee is determined to “fix” it.

However, his efforts may prove futile. The spread of dangerous misinformation and the manipulation of data reportedly conducted by tech giants like Facebook and Google are just some of the problems that have risen from the free access Tim Berners-Lee granted to his creation.

“We demonstrated that the Web had failed instead of served humanity, as it was supposed to have done, and failed in many places,” Berners-Lee said in a 2018 interview. The increasing centralization of the Web, he admitted, has “ended up producing — with no deliberate action of the people who designed the platform — a large-scale emergent phenomenon, which is anti-human.”

Berners-Lee has since launched a non-profit campaign group as a plan to “fix” the internet. Secured with backing from Facebook and Google, this “contract for the web” aims to call on companies to respect people’s data privacy and also to urge governments to ensure all people can access the internet.

When Nikola Tesla first dared to dream up a network like the internet, it was a maddening concept that evidently drove him insane. But through the perseverance of the men who invented the internet, the World Wide Web is now a reality — for better or worse.

After reading about who invented the internet, read about Ada Lovelace, one of the world’s first computer programmers. Then, check out the impact that the internet has on your brain.