Steve Jenne saved Nixon's leftover sandwich before we ever landed on the moon — and still owns it to this day. 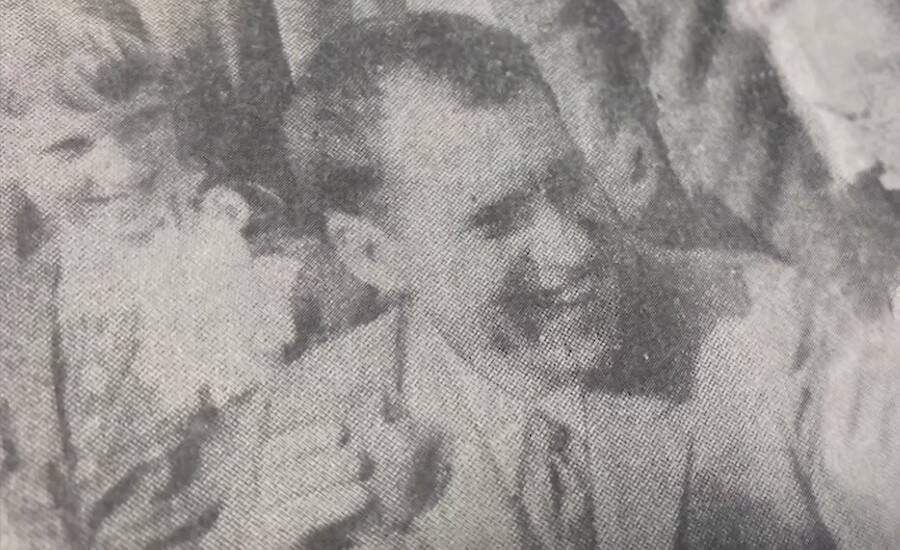 YouTubeThen-Vice President Nixon eating the sandwich during his 1960 campaign stop in Sullivan, Illinois.

Anniversaries are a time to cherish life’s journey and reflect on accomplishments. For Illinois man Steve Jenne, this week holds a truly one-of-a-kind milestone, as it marks the 60th year he’s had Richard Nixon’s half-eaten sandwich in his possession.

According to The New York Post, Jenne was 14 years old when Richard Nixon rolled into town during a 1960 campaign stop. Then Vice President under Dwight D. Eisenhower, the since-maligned politician was scheduled to give a speech at Wyman Park in Jenne’s hometown of Sullivan.

Before he took the stand and enthralled audiences with promises of a brighter future, Nixon and his advisers were served barbecue buffalo sandwiches at a related cookout. He barely finished his meal before getting up to tend to business, however — to Jenne’s surprise and unspeakable excitement.

“Once he left, I just looked down at the picnic table and everybody else was gone and that half-eaten sandwich was still on the paper plate. I looked around and thought, ‘If no one else was going to take it, I am going to take it.'”

According to The Herald & Review, Jenne remembers every last detail of the mischievous theft. Fortunately for him, his Boy Scout troop was asked to serve as an honor guard for the President during the cookout. He was so close to Nixon that he can even recall his comments on the meal.

“He took a couple of bites and commented on how tasty, how good it was,” said Jenne.

With Nixon’s sandwich firmly secured, the 14-year-old boy rushed home on his bicycle to give his mother the news.

“I ran in the door and I said, ‘Mom, I got the sandwich that Nixon took a couple bites out of,’ and she was surprised and said, ‘So, what do you want me to do with it?’ So I said, ‘Freeze it,'” recalled Jenne.

Steven Jenne shows Johnny Carson the half-eaten sandwich on The Tonight Show in 1988.

Now 74 years old, Jenne recalled his mother kindly humoring him “in her infinite wisdom” and wrapping the sandwich in a plastic bag inside of a Musselman’s apple sauce jar. While it remained inside of their freezer for years, Jenne has now safeguarded that jar for over half a century.

Though he finally chronicled this tangentially historical object in a book this year called The Sandwich That Changed My Life, Jenne’s half-eaten Nixon sandwich has fascinated onlookers for decades. The man even appeared on The Tonight Show with Johnny Carson in 1988, to the host’s utter delight.

According to Fox News, a local newspaper story that hit the wire services and rapidly went international caught the famed television show’s eye. Carson cheekily gave Jenne a half-eaten snack from Carson himself, and a paper plate from guest Steve Martin.

While it’s unclear whether those two souvenirs have received the same kind of protection from Jenne, the half-eaten Nixon sandwich seems to have found the most loyal possible guardian of all.

“As long as I am living, that sandwich will be stored in my freezer in a container that is labeled, ‘Save, don’t throw away,'” said Jenne.

After learning about the man who has kept Richard Nixon’s half-eaten sandwich for the last 60 years, read about the Gemini 3 space mission and the corned beef sandwich incident. Next, enjoy a brief history of the sandwich.