While Stockholm has succeeded in bringing priceless art and beauty to the masses at a minimal cost, many metro regulars still remain fixated on their handheld electronic devices or periodicals. And though the decked-out walls might seem commonplace to the locals, the exhibition’s awe-inspiring grandiosity has not escaped the attention of global pop culture: Madonna used a few of the stations’ colorful walls as a backdrop for scenes in her “Ray of Light” music video. 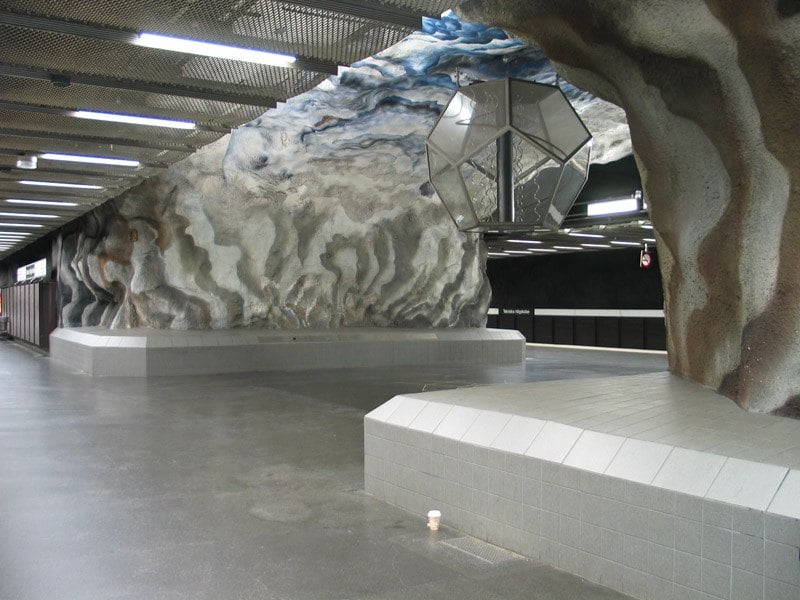 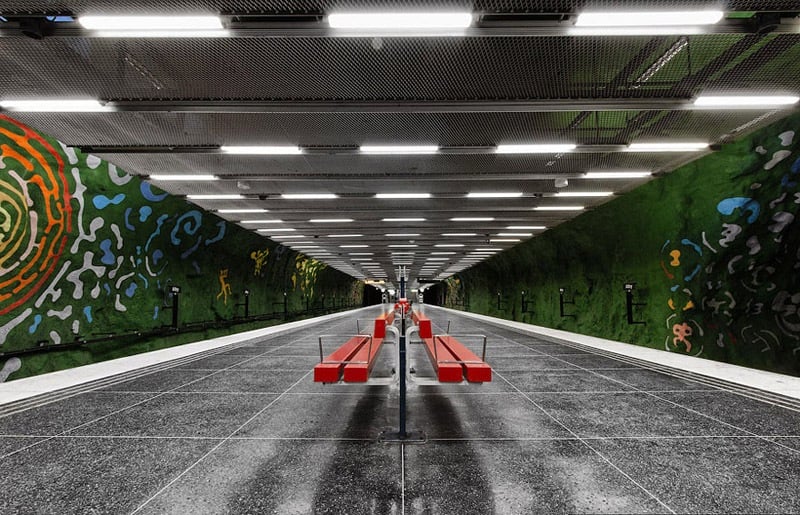 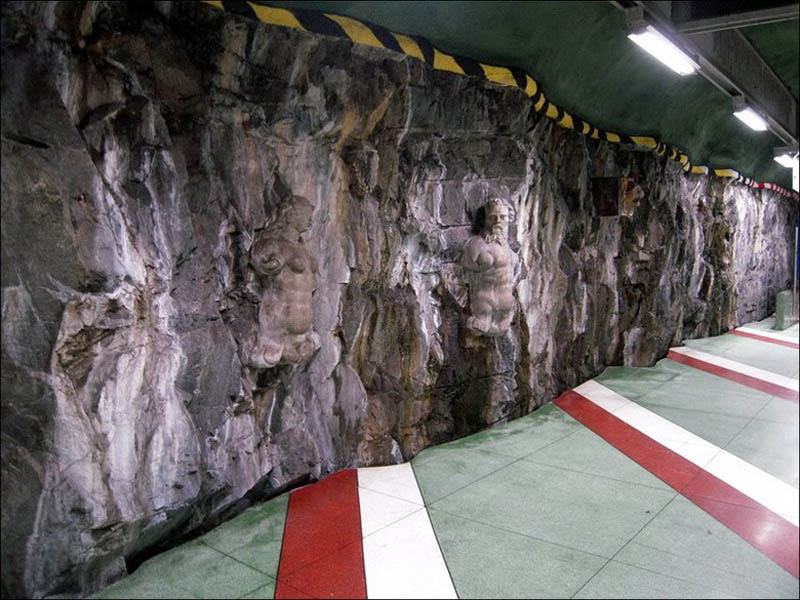 For those who frequent Stockholm’s transportation system, perhaps the most immediately recognizable of the stations is the main foyer (named the T-Centralen Station), which holds the blue and white designs of Per Olof Ultvedt. This huge painting has graced the station’s rocky ceiling since 1975, and depicts people diligently working among the scaffolding. The rich artwork isn’t confined solely to the metro walls: some of the actual trains are customized with bold, geometrical designs as well. Bringing art to the masses doesn’t come without a cost, though. The city spends $1.6 million a year on upkeep and graffiti removal in an effort to ensure that their one-of-a-kind metro station remains home to the most pleasant of distractions. 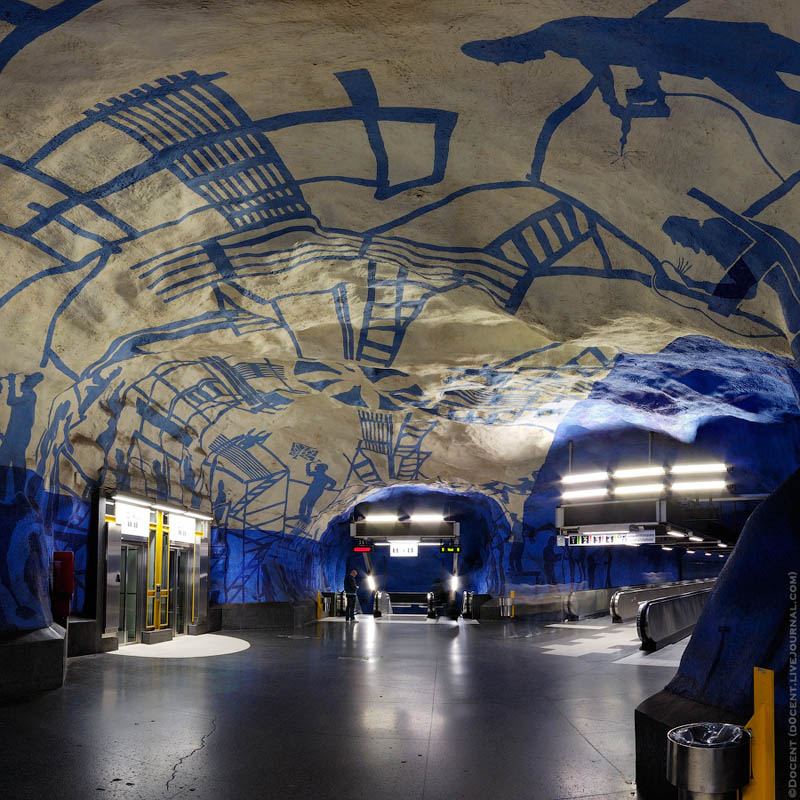 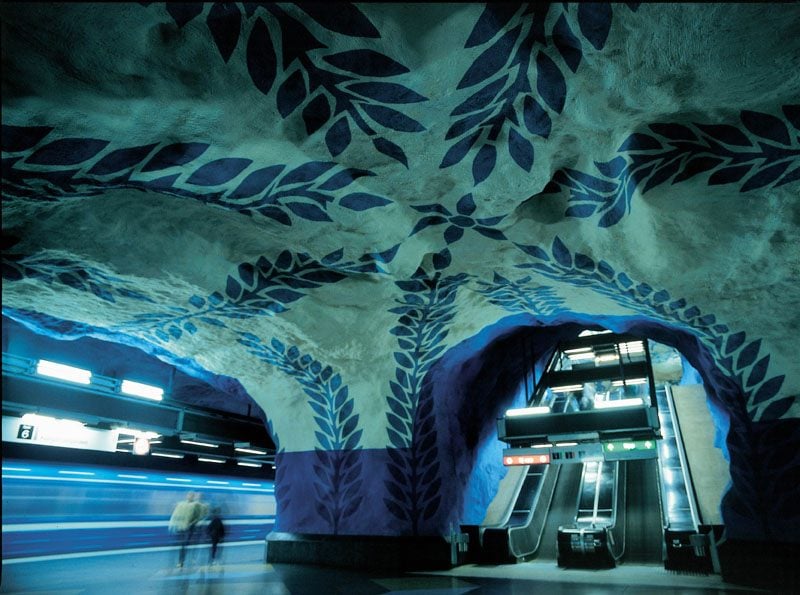 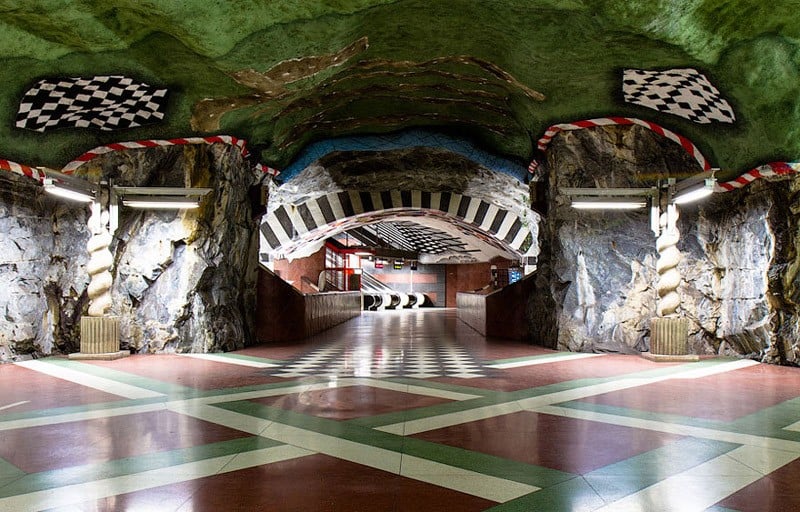 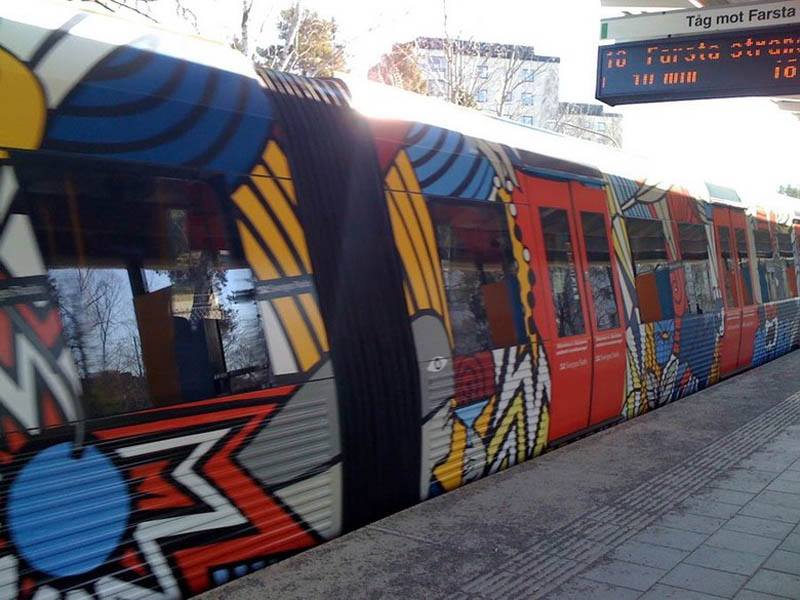