In Spain, A Criminal Ring Of Nuns And Doctors Stole Hundreds Of Thousands Of Babies 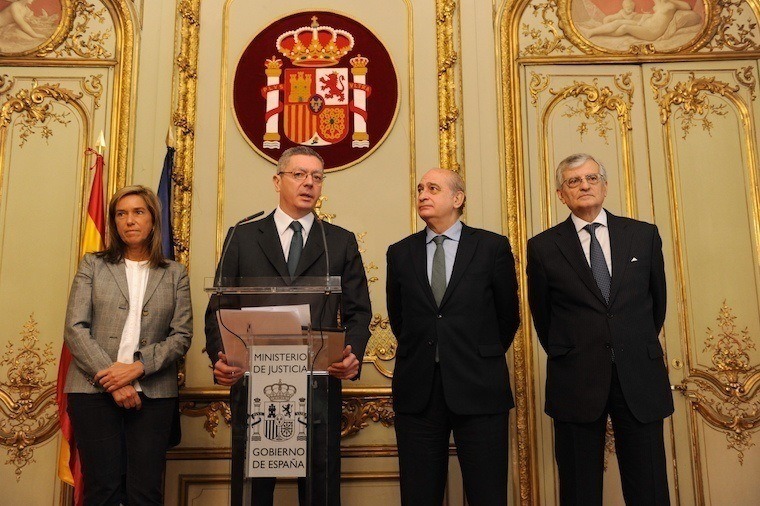 A meeting in 2012 with the then-Minister of Justice, Minister of Interior, Minister of Health and General Attorney to address the stolen babies crisis. Source: Flickr

In 2011, a dying man in Catalonia told his “son,” Juan Luis Moreno, that he and one of his close friends, Antonio Barroso, had been bought as infants. As Moreno recounted, “He said, ‘I bought you from a priest in Zaragoza’. He said that Antonio had been bought as well.” The childhood friends then consulted an adoption lawyer, who said he “came across cases like theirs all the time,” the BBC wrote.

Moreno’s adoptive father also told him that the summer vacations Moreno and Barroso’s families would take to the town of Zaragoza were not just for holidays, but to visit a nun and pay an installment of the illegal adoption fee, CNN reported.

The duo tracked down and confronted the nun — who initially claimed not to know what they meant — telling CNN they felt “like…chickens in the market” or “two kilos of tomatoes.”

When Moreno and Barroso brought their story to the media, hundreds of other adults who had either been told they were adopted or had always suspected they might not be the biological children of their parents started digging into their own pasts. But it was hard to find the truth: Many births were never registered, documents had been forged, and again, some families truly believed they were legally adopting a baby.

What Has Come Of The Investigations? 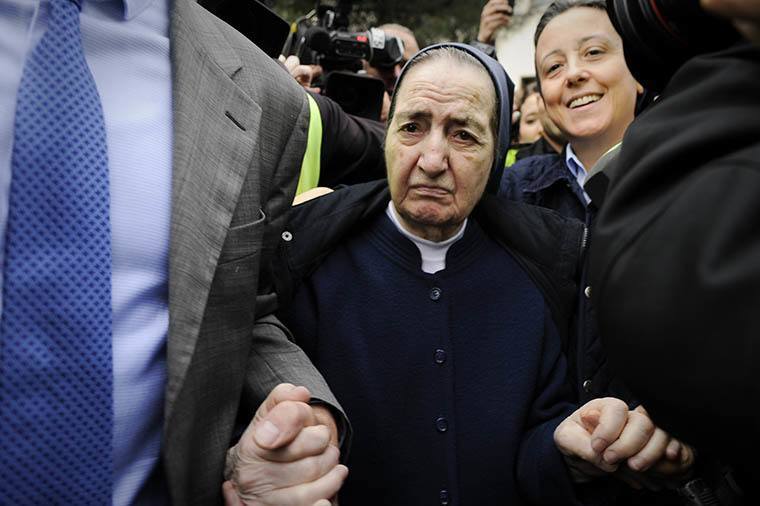 Spanish nun Maria Gomez Valbuena leaves a court in Madrid after refusing to testify before the judge for her alleged involvement in a case of stolen children. Image Source: Getty Images/Pedro Arrester

To date, more than a thousand cases have been brought to the courts, with little resolution.

Gomez, one of the most commonly-cited names among victims who have come forward, appeared in a Spanish court in April 2012, accused of snatching and selling a child in 1982. She refused to testify, and a day later released a statement calling the accusations “disgusting” and saying she had never heard of “a single case of a newborn being taken from a mother through coercion or threats,” CNN wrote. Gomez died a year later, taking her secrets with her.

When a BBC reporter confronted Dr. Vela — another regularly occurring name in stolen baby cases — during a medical appointment, the doctor replied, “I have always acted in [God’s] name. Always for the good of the children and to protect the mothers. Enough.”

Victims’ associations, some started by Moreno and Barroso, have attempted to match DNA from adults who suspect that they were stolen at birth and from mothers who never believed their children had died, but have run into problems since data protection laws keep DNA banks from sharing or cross-referencing data, the BBC wrote.

These groups have thus requested the government create a centralized DNA bank to make it easier for victims to find their loved ones, to no avail. The Spanish government has yet to address their request for a DNA bank, and although a public prosecutor has investigated the case and has brought in some suspects to testify, no one has been convicted of a crime.

More than 60 years have elapsed since some of these babies were snatched from their mothers, meaning that many of the victims — parents and children — are no longer alive. But one has to wonder if living with so many unanswerable questions about who you are and who you might have been is even worse.