The Strangest Exoplanets We Have Ever Discovered

We've done some major uncovering our galactic neighbors and, just like in your own neighborhood, some of them are a little peculiar.

By definition, an exoplanet simply refers to a planet which orbits a star other than our Sun. This means that many of the trillions of trillions of planets that probably exist classify as exoplanets. One notable exception is rogue planets – planets that don’t orbit stars, instead directly orbiting the galaxies themselves.

Despite there likely being an absolutely huge number of planets in the Universe, we’ve only discovered about 1800 so far. That’s because spotting a planet is a lot harder than spotting a star – they are much smaller and much dimmer.

Even the techniques we use to track down new planets like transit photometry and radial velocity work best at finding gas giants like Jupiter, not small rocky planets like Earth. Despite all of these obstacles, we have enjoyed great success when it comes to uncovering our galactic neighbors and, just like in your own neighborhood, some of them are a little peculiar: 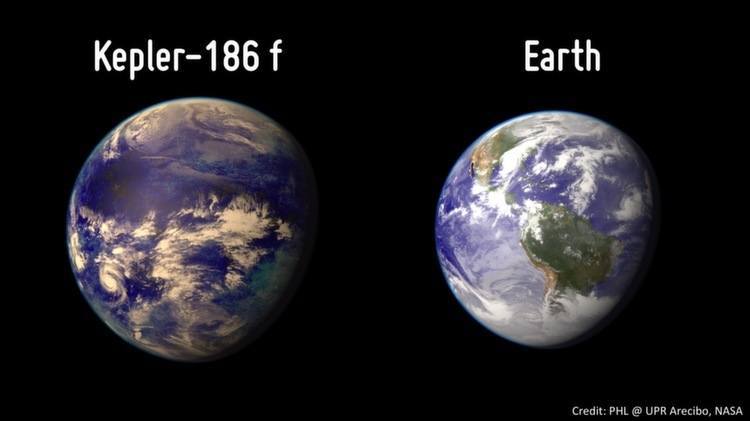 Scientists discovered Kepler-186f about six months ago. Despite being one of the most notable astronomical achievements of the year, its discovery kind of went under the radar. For most people studying the skies, the big prize is finding Earth-like planets, as they have the most potential for extraterrestrial life. Kepler-186f not only fit the bill, but was the first genuine Earth-like planet discovered in the habitable zone of its star – the area where liquid water could form. 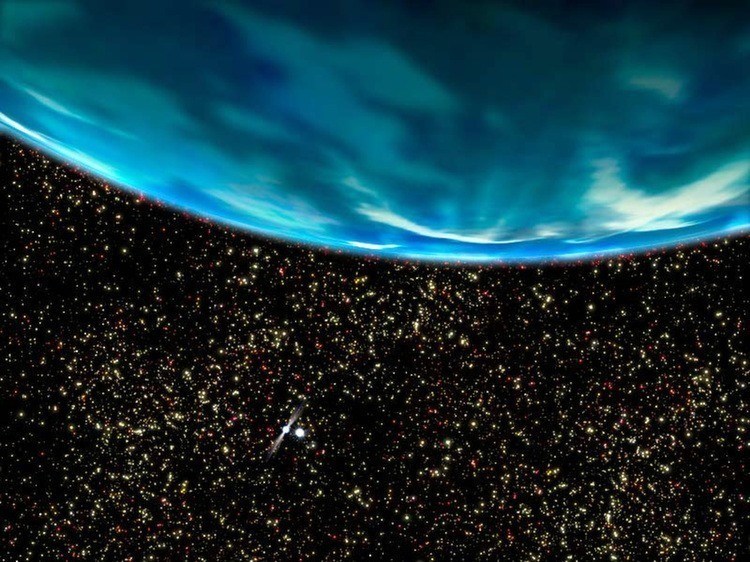 Methuselah is part of a binary star system Source: Wikipedia

Officially, the planet is called PSR B1620-26 b, but its more popular name is Methuselah or the Genesis planet. At the moment, this is the oldest planet that we have ever discovered. It is almost 13 billion years old (12.7), which is about a billion years younger than the Universe itself. By comparison, our Earth is just a toddler…a 4.5-billion year old toddler. 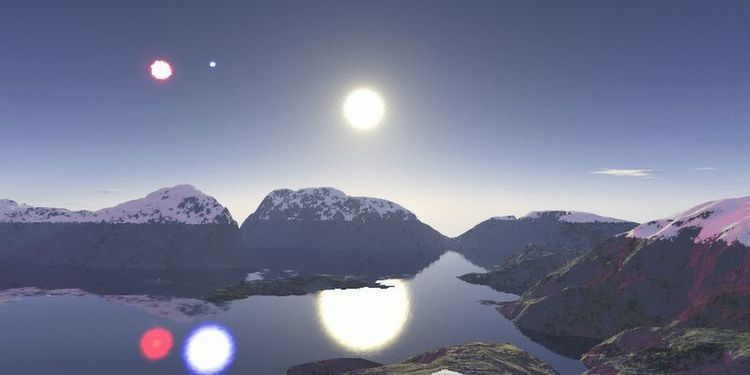 How the view could look on 91 Aquarii b. Source: Adelaide University

We usually think of planets having just one star since that is the case for our own solar system. However, recent data seems to suggest that binary star systems—where two stars exist at their center of mass—are quite common throughout our galaxy. Tatooine, the home planet of Luke Skywalker, had two suns. 91 Aquarii b goes one better; it is an exoplanet part of a triple star system, orbiting the main star, 91 Aquarii. 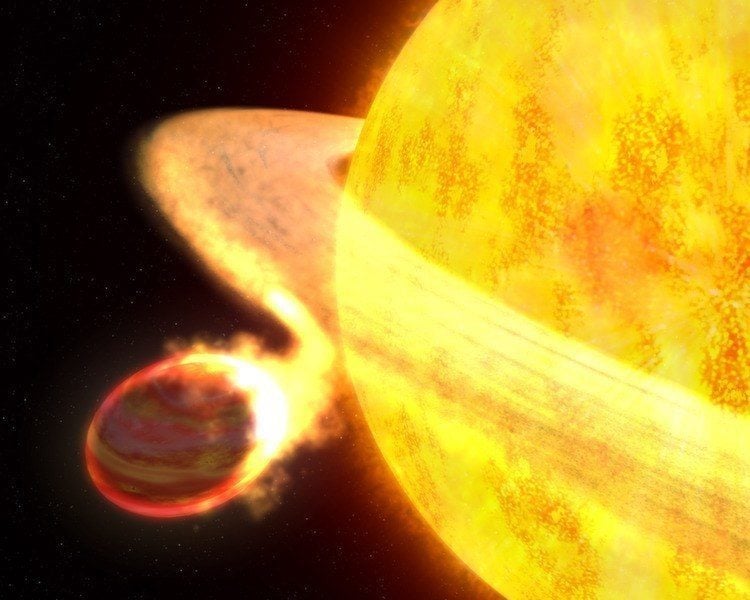 We know that planets are doomed to eventually be “consumed” by the stars they orbit. It might take billions of years before this happens, but it is a fate that awaits all planets orbiting stars, including Earth. Unfortunately for WASP-12b, that is exactly what is happening to this exoplanet at this very moment. NASA estimates that the planet “only” has about 10 million years left to live. 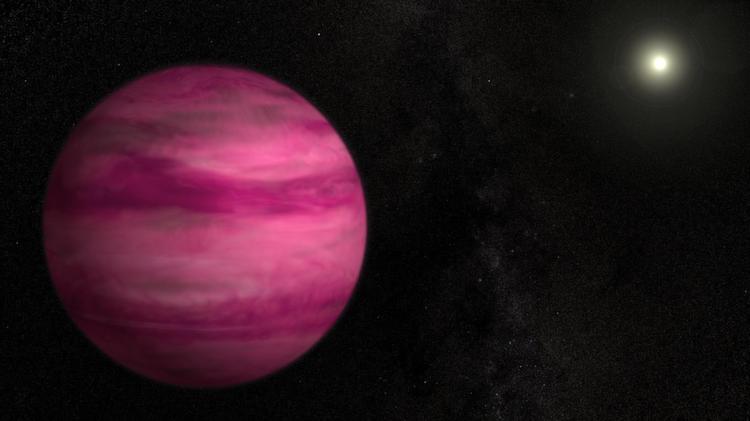 GJ 504b is a gas giant located about 57 light-years from us, commonly referred to as the Pink Planet, for obvious reasons. The planet has raised a lot of questions regarding how planets are formed. Not because of its odd coloring, but because of the large distance between it and the star that it’s orbiting – 43 astronomical units. 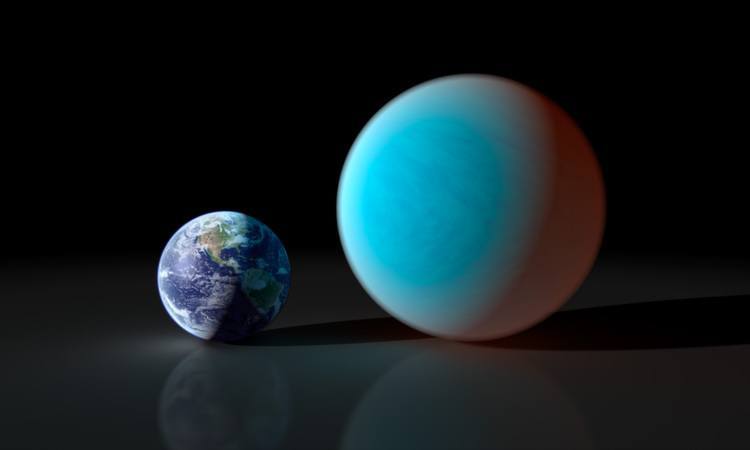 Again, the name makes it pretty self-explanatory why this exoplanet stands out. Officially known as 55 Cancri e, it’s not certain if the planet is made of diamond or not. If it is indeed a rocky planet made out of a carbon-rich material, then it is quite possible that about a third of it is diamond. Forbes took the time to figure out how much that would be worth – $27 nonilion. That’s with 30 zeroes or, in other words, 384 quadrillion times more than the GDP of our entire planet.

Right now, we are pretty certain that WASP-17b is the biggest exoplanet we have ever discovered (there’s one bigger, but many agree that it’s actually a brown dwarf). We know that WASP-17b is a planet and a puffy one at that. That is actually the official term for it, and it means that it is very diffuse. Due to the large amount of heat provided by its star combined with its internal heat, a puffy planet has a large radius but a low density. That is why WASP-17b has a radius twice the size of Jupiter but only half the mass. 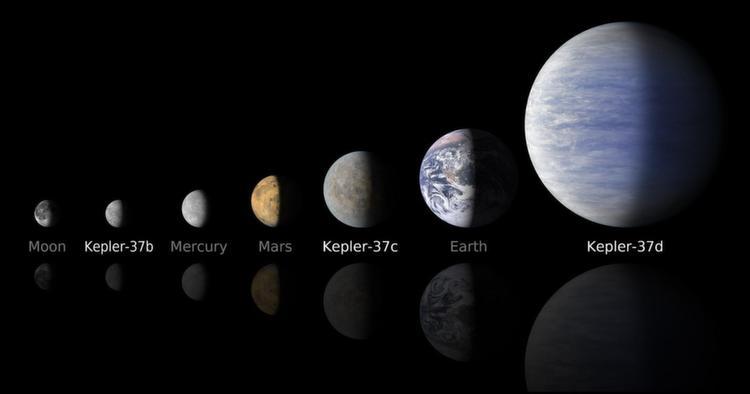 Comparison of various planets from the Kepler-37 star system and our own. Source: NASA

If we’re going to talk about the largest exoplanet we should mention the smallest, as well. That honor goes to Kepler-37b, the smallest exoplanet we have found so far. Its size is only slightly larger than the Moon, and it was the first exoplanet discovered smaller than our own tiny Mercury. 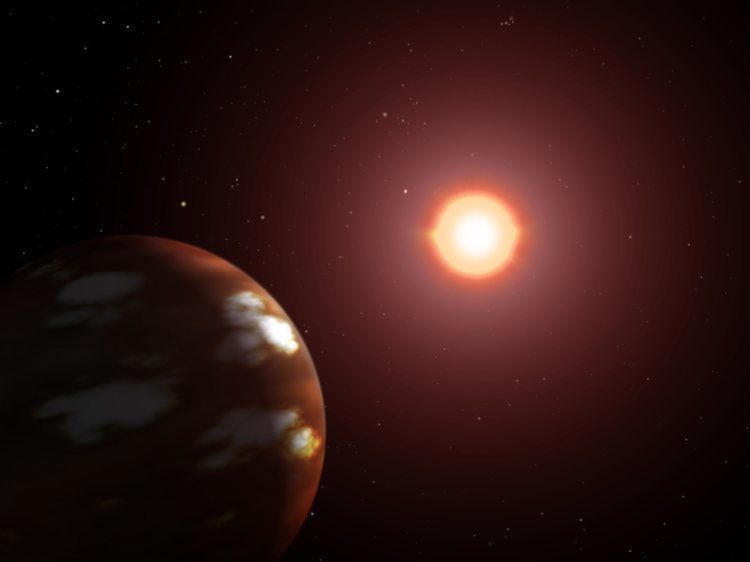 This giant is about the size of Neptune, and it orbits a red dwarf. What makes this exoplanet interesting is its composition – it’s made out of hot “ice”, which is not something that you would encounter on our planet. The planet’s strong gravity maintains the water in bizarre, high pressure, not-really-ice-not-really-water forms despite high temperatures close to 600° F. 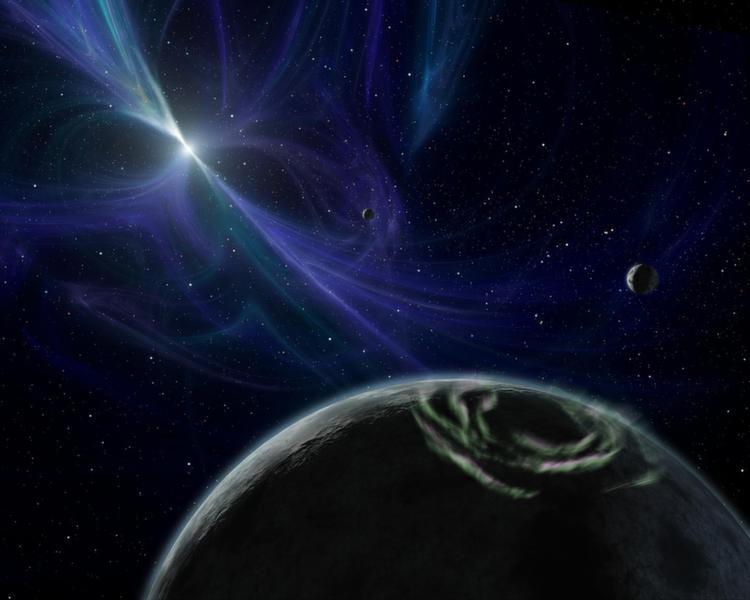 Ok, so this exoplanet might have a dull name, but that’s the only dull thing about it. For starters, PSR J1719-1438 b is a pulsar planet. This means that it orbits a pulsar – a tiny, rapidly-rotating, incredibly dense neutron star left over after the main sequence of a regular star.

In this case, the pulsar is only about 12 miles in diameter but its mass is almost 1.5 times more than our Sun. It also has an orbital period a little over two hours. So approximately two hours on Earth means one year on this planet. If you’re 50 on our planet, you would be over 200,000 years old there.