The mummified dog was a shocking find for the loggers, who were working on cutting the tree into pieces and almost turned it into mulch. 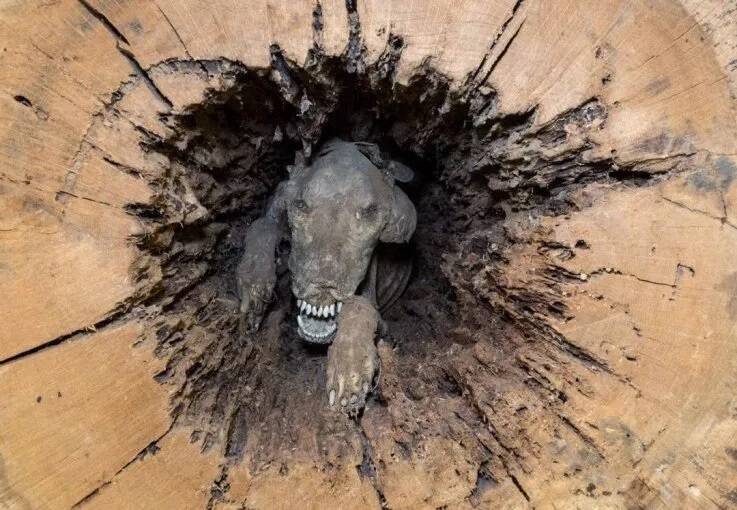 NewsweekStuckie, still stuck in his tree, at the Southern Forest World museum in Georgia.

There are some things loggers expect to come across when cutting down trees. Bird’s nests and things stuck in the branches seem like a given – a mummified dog in the center of a tree, however, does not.

But that’s exactly what a team of loggers with the Georgia Kraft Corp. found while cutting down a tree in the 1980s.

The loggers were working on a grove of chestnut oaks in southern Georgia when they found a most unusual sight. 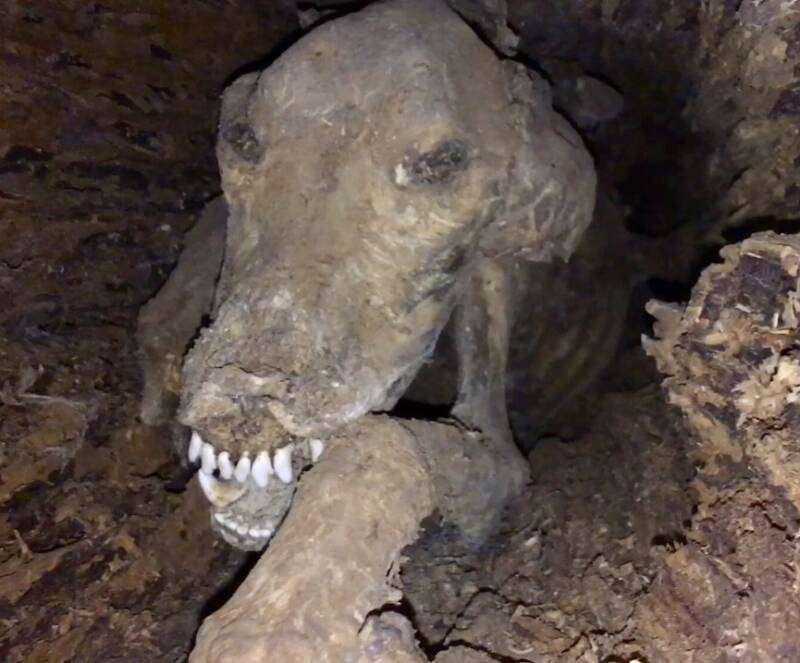 YouTubeStuckie was likely in the tree for about 20 years before loggers found him in 1980.

After cutting off the top of the tree, and loading it onto a truck for transport, a member of the team happened to peer down the hollow trunk. Inside, he found the perfectly mummified remains of a dog, looking back at him, its teeth still bared in a fight for survival.

Experts who studied the carcass concluded that the pup was most likely a hunting dog from the 1960s, who had chased something such as a squirrel through a hole in the roots, and up the center of the hollow tree.

The higher the dog got, however, the narrower the tree became. From the position of the dog’s paws, experts believe that it continued to climb until it effectively wedged itself in. Unable to turn around, the dog died.

Due to a perfect set of circumstances, however, though it was dead, it was not forgotten. 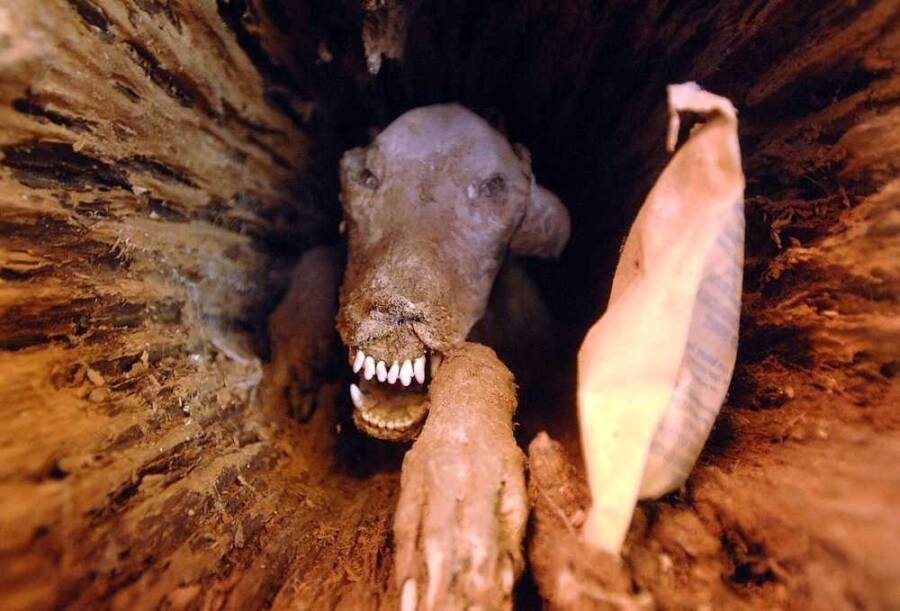 NewsweekMany believe Stuckie got wedged in the tree after chasing an animal inside.

Additionally, the kind of tree that the dog had lodged itself in was uniquely qualified to lend itself to the natural mummification process. Chestnut oaks contain tannins, which are used in taxidermy and tanning to treat animal pelts so that they don’t decay. The tannins from the inside of the tree seeped out into the dog and prevented it from rotting inside. 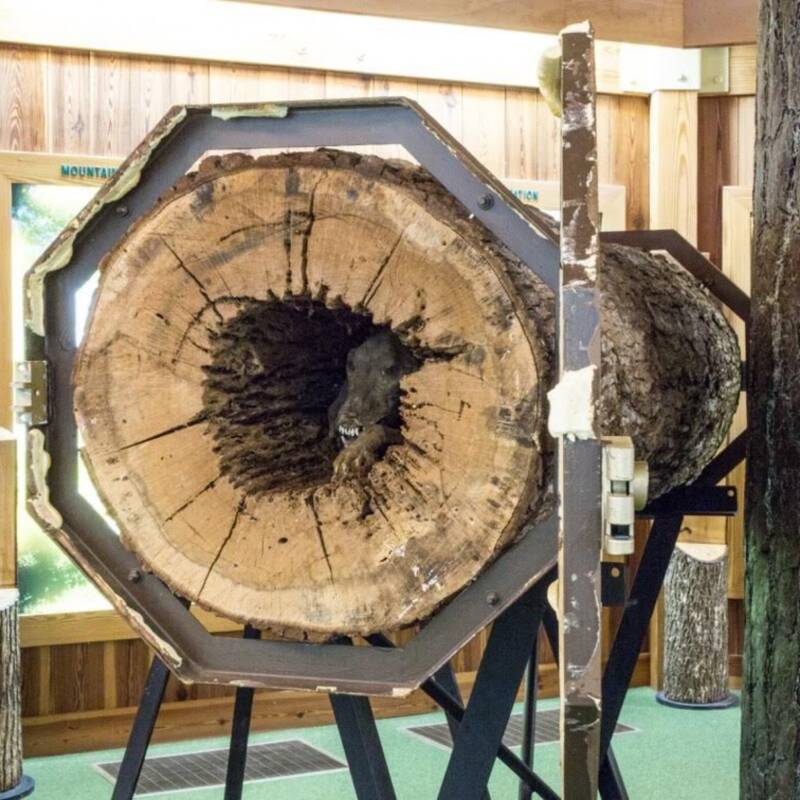 NewsweekStuckie’s name was chosen by popular vote in a contest held by Southern Forest World museum in 2002.

The dry environment inside the trunk also provided shelter from the elements and sucked the moisture from the carcass. The air that was sucked into the tree through the base created a sort of vacuum effect, further contributing to the drying process.

After finding the mummified pup, the loggers decided to take it to a museum, to show off the rare sight to the world. The dog, now affectionately called “Stuckie,” resides at the Southern Forest World museum, still encased in his woody tomb, and on display for the world to see.

After learning about Stuckie the dog, check out this Nodosaur dinosaur mummy, which was found with its skin and guts intact. Then, read about this Incan ice mummy, one of the best preserved mummies in the world. Finally, read the story of Balto, the dog who saved an Alaskan town.