The Seven Most Stunning Cloud Formations 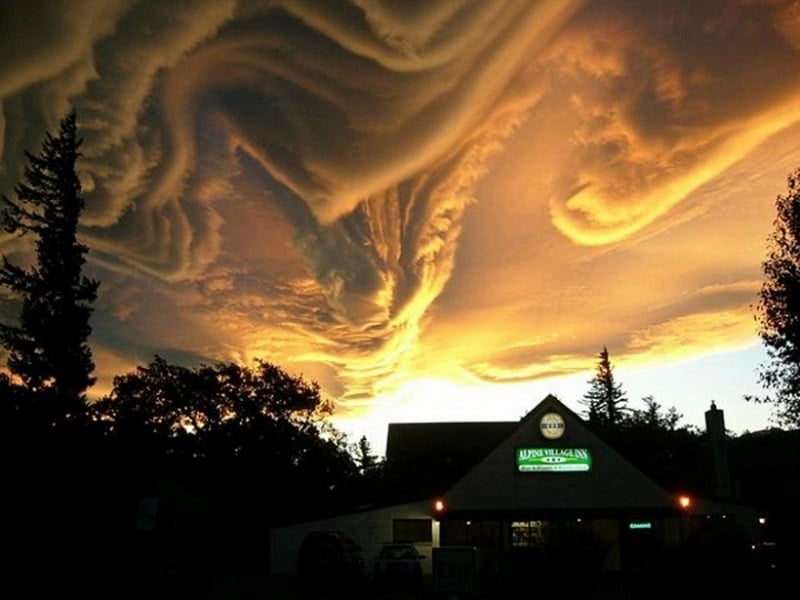 The asperatus, or undulatus asperatus, cloud formation doesn’t formally exist yet. In 2009, Gavin Pretor-Pinney, founder of the Cloud Appreciation Society, determined that the United Nations had yet to classify the striking cloud formation in their International Cloud Atlas, which has authority on cloud classification. Pretor-Pinney proposed the name undulatus asperatus, meaning “roughened wave,” and will hear whether the United Nations has decided to accept his petition in early 2014. Until then, the wave-like cloud formation will officially remain nameless. 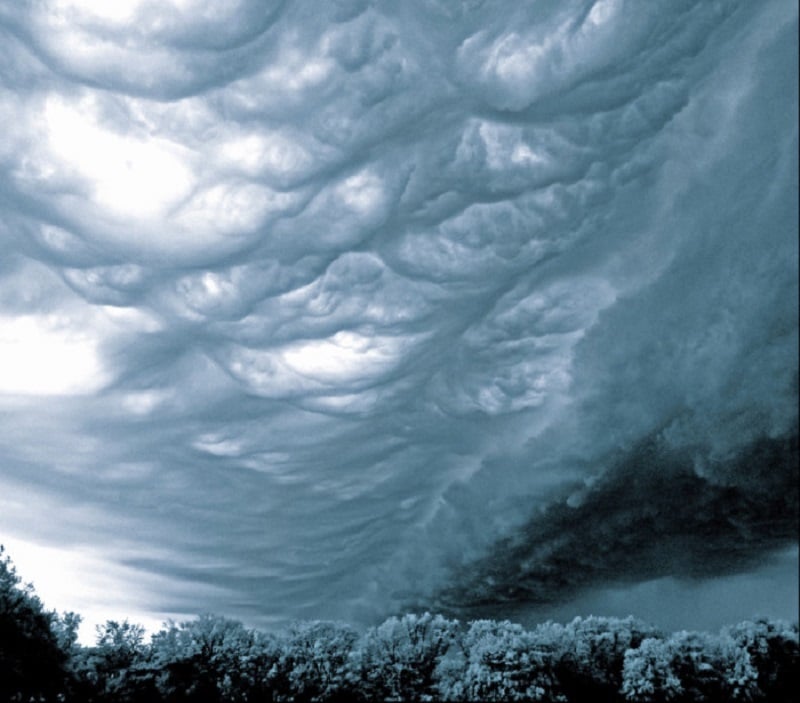 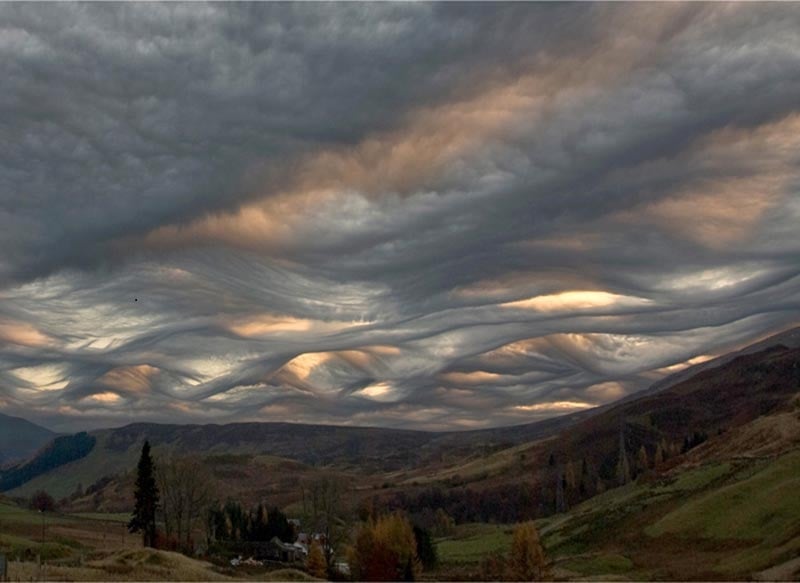 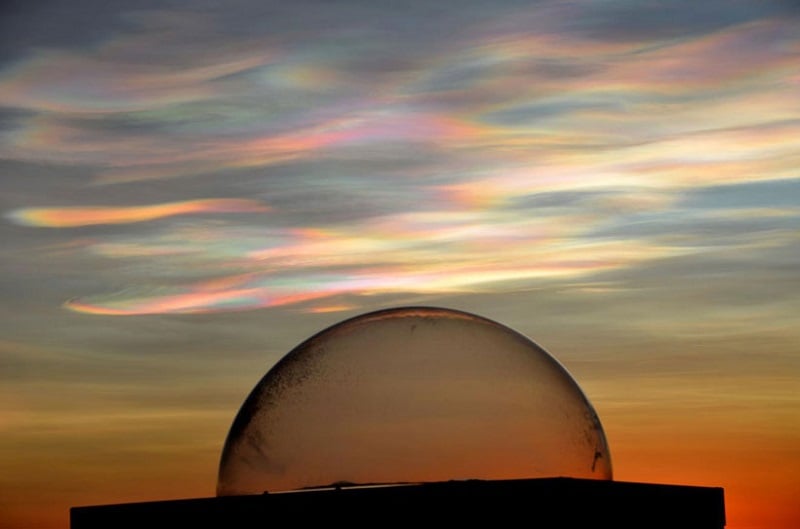 Nacreous clouds are a type of Polar Stratospheric Cloud (PSC) that form at temperatures around minus 85ºC. These wave clouds occur in the lower stratosphere, and are often associated with very high surface winds around mountain ranges. Their bright, beautiful coloring comes from diffraction and interference to the mass of similar sized crystals that comprise them. 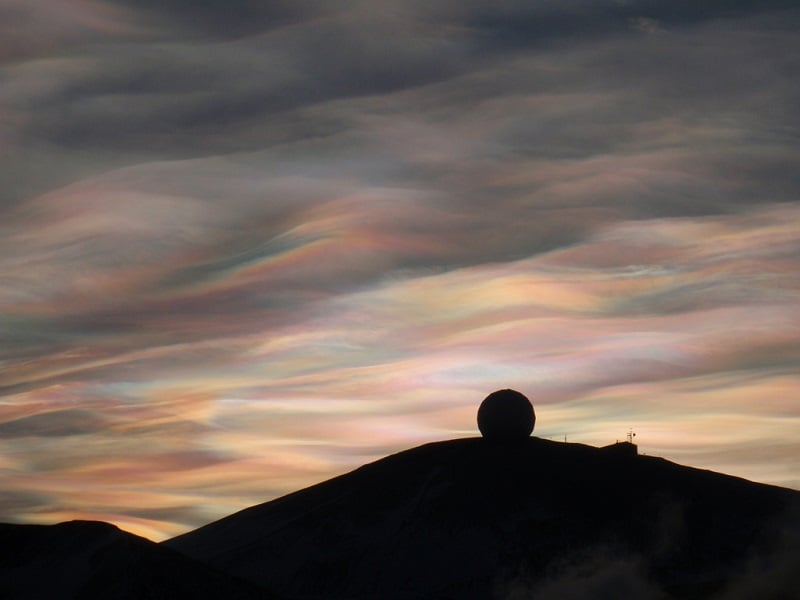 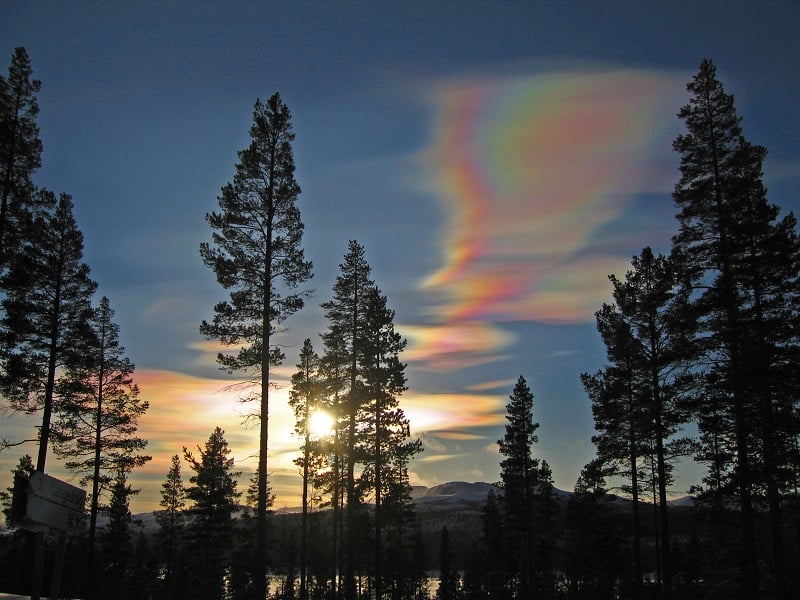