Can You Perform Surgery In Zero Gravity?

As interest in travel beyond our atmosphere continues to grow, what happens when you're in need of surgery in space, miles above the Earth? 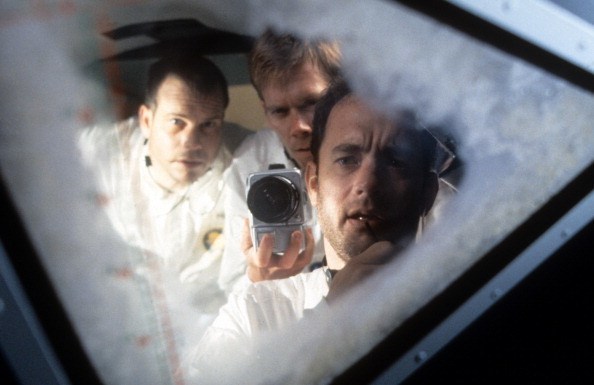 Bill Paxton, Kevin Bacon, and Tom Hanks looking out ship window in a scene from the film Apollo 13, 1995. Universal/Getty

WHETHER IT’S GRAVITY, The Martian or Apollo 13, it’s safe to say that people love space disaster movies. Take any emergency situation from Earth and transplant it into space and you’ve got the makings of an intense thriller.

But the reality of emergencies in space, especially medical ones, is far from entertaining. As interest in space travel continues to grow, surgeons and astronauts are teaming up to learn how to save lives in zero gravity — and some of the stories are truly out of this world.

First, a caveat: Medical emergencies in space are quite rare. That said, it’s still something to take seriously. As London-based lecturer in aerospace physiology Dr. David Green points out, “the risk of an astronaut developing a serious illness and needing intensive care is very small, but it is still around 1% to 2% per person per year.”

In fact, in the last 50-odd years of space travel (including the last 15 of continuous occupancy of the International Space Station), no astronaut has ever undergone a surgical procedure in orbit — but that doesn’t mean it will never happen.

“Based on statistical probability,” Carnegie Mellon biomedical professor James Antaki said, “there is a high likelihood of trauma or a medical emergency on a deep space mission.” 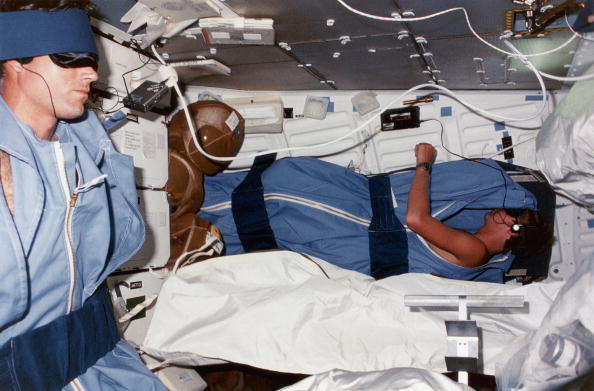 So what happens if such an emergency occurs? Are astronauts as good as dead?

In short, not really — at least not right away. In the event that a medical emergency does transpire, astronauts are given a bit of training beyond First Aid basics: They can stitch up a wound, pull a tooth and give various types of injections. The most common medical problems that befall astronauts (motion sickness, burns, aches and pains) can be alleviated through these measures without issue.

And in general, NASA makes it such that those in space have pretty good health to begin with. For instance, your blood pressure must be 140/90 or lower (ideal is 120/80), and you have to pass a physical similar to the military’s. 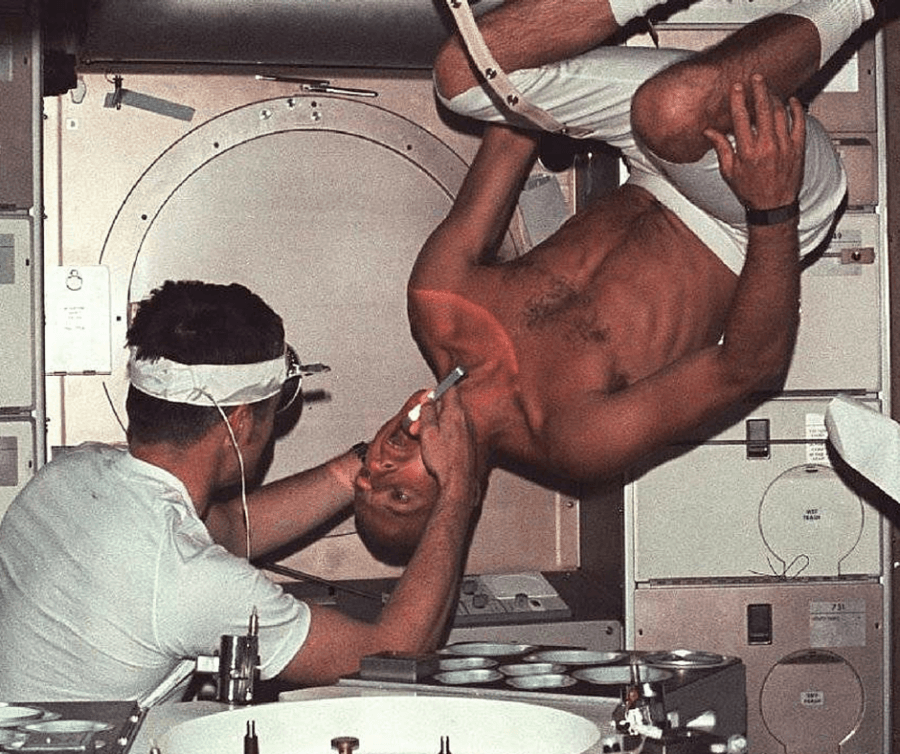 Still, that doesn’t mean that potential medical disaster doesn’t cross the minds of astronauts. Retired astronaut surgeon Mark R.Campbell was thinking about this very subject 25 years ago when he tried to operate on a rabbit on the zero-g “Vomit Comet.”

One of the first flight simulators astronauts must endure in training, the Comet flies a parabolic curve that allows for 25-seconds of zero gravity, and gets its nickname from a fairly obvious consequence of such extreme motion.

In 1991, Campbell stood at a MacGyver’d operating table with his feet trapped under its weight so he wouldn’t float away. The patient — an anesthetized and restrained rabbit — lay motionless on the table.

The Vomet Comet ascended into the curve and achieved weightlessness, but Campbell didn’t seem to notice. He ran his scalpel across the rabbit’s skin, above the carotid artery and waited.

What happened next was unforeseen by Campbell: The blood bubbled up from the wound and globs began to spew upward — and then stopped. Campbell frowned, and looked closer: The blood had stuck together, creating a wobbling dome over the wound, like a holiday Jello mold.

He cut a different place, another artery — the result was the same. He was perplexed. Reflecting now, a quarter of a century later, he told Air and Space Magazine, “Finally we just figured out that that’s the way blood acts in weightlessness,” he says. “It didn’t act the way we thought it would.”

When you think about how fluids behave in zero gravity, it’s not all that surprising that blood “misbehaved” in Campbell’s experiment: Even peeing in space requires a siphoning system and seatbelts.

Urination aside, if an astronaut is aboard the ISS and in the midst of a medical emergency, a docked Russian Soyuz capsule (a lifeboat of sorts) can have them back in Earth’s atmosphere within 24 hours. That said, it puts a sick or injured astronaut through 8 Gs of force on return entry, which isn’t likely to make the situation must easier to endure.

IT’S HARD ENOUGH to operate in zero-g, as Campbell learned with his rabbit experiment, but there are other challenges unique to the space station’s environment that can’t be solved as easily as they can on Earth — like, for example, creating a safe, sterile environment.

“If you do an operation,” Campbell explains, “wouldn’t that mean your risk of infection would be higher because you’ve got all these nasty particles floating around? Well, no one knows.”

We can speculate on some of these challenges with the administration of anesthesia. As an anesthetic is administered through inhalation, in the context of space, this means that the gas would likely permeate the surrounding astronauts’ lungs as well — which isn’t exactly desirable when a fellow astronaut has to perform surgery.

Space medications are therefore limited to whatever can be injected or swallowed — and hopefully they work. It’s unlikely that medication developed on Earth will remain potent and effective once it’s been living in the extreme conditions of space for a while, and researchers know this.

They also recognize that the traditional tools of medicine, especially diagnostic tools, are far too large to be shot into space. The development of smaller, more compact equipment is of keen interest to them — and that’s also true of Earth-operating surgeons. 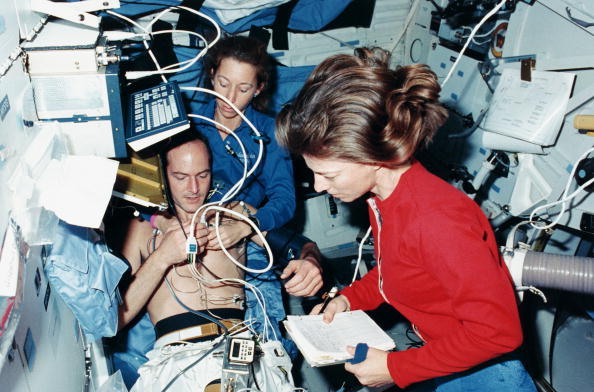 Medicine in general is interested in where surgery and robotics intersect. That, combined with telemedicine, could make space surgery — at least on our celestial neighbor the ISS — a reality.

Lengthier trips — such as a mission to Mars — would be a different game entirely, though. Not only would the ambulance ride back to Earth be impossible, the communication time from Mars to Earth is delayed by about 20 minutes. And when someone is critically ill or injured, 20 minutes can be the difference between life and death.

NASA doctor and astronaut Michael Barrett has often been compared to Star Trek’s Dr. McCoy, and is the closest thing we have to a dedicated “medical officer” to oversee space medicine. He admits that there are currently some very real limitations on what medical professionals could do in space to save a dying patient. “We can stabilize someone who has a dramatic injury, but we can’t sustain a patient for long.”

The greater the distance from Earth, says Barrett, the harder it is to stabilize someone. “The further we go, the more constrained we are by what we can carry and who we can carry,” Barrett said.

“If you’re going to the Moon, you still have some real-time communications and can talk to someone on the ground, but getting home is very difficult – probably a five-day trip.”

No doubt in the process, space surgeons will fail. So what, then, does one do with a dead body in space? Would it be a space burial as majestic and emotional as that scene in Space Cowboys?

Next, check out what daily life looks like aboard the ISS — and if sex in space is even possible.