Aron Ralston: The Real-Life Amputee Mountaineer Behind The Film 127 Hours 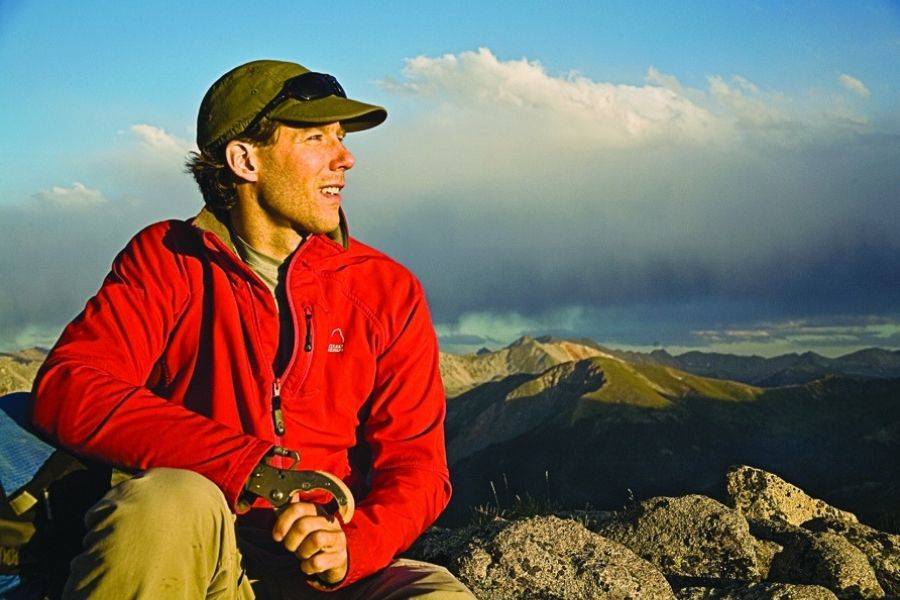 Wikimedia CommonsAron Ralston amputated his own arm to escape being trapped under an 800-pound boulder.

In April 2003, mechanical engineer-turned-mountaineer Aron Ralston set off on a solo climbing trip to the Canyonlands National Park in Utah. He was an experienced rock climber who had quit his day job to devote himself to mountaineering. A solo trip was nothing to worry about — or so he thought.

On April 26, Aron Ralston left his car around 9:15 a.m. to ride his bicycle 15 miles to Bluejohn Canyon, an 11-mile-long gorge. When he arrived, Ralston locked his bike and walked toward the canyon’s opening.

At about 2:45 p.m., as he descended into the canyon, a giant rock above him slipped. Ralston fell and his right hand got lodged between the canyon wall and an 800-pound boulder. Quite literally caught between a rock and a hard place, Ralston was also trapped 100 feet below the desert surface and 20 miles from the nearest paved road.

To make matters worse, he hadn’t told anyone about his trip, so there was little chance that he would be rescued. He survived in the gorge on his provisions: two burritos, candy bar crumbs, and a bottle of water. But when his food and water ran out, Ralston was forced to drink his own urine.

Malnourished and still stuck between the boulder and the wall, Aron Ralston began to surrender to his fate. He recorded goodbyes to his family on his video camera and attempted to sleep. But in his dreams, Ralston saw himself with an amputated arm playing with a child. When he awoke, the desperate climber took the dream as a sign that he would survive.

Aron Ralston is still a mountaineer and gives inspirational talks around the country.

Using the torque from his trapped limb, he managed to break his own arm. Next, he created a tourniquet from the tubing of his water bottle and cut off his circulation entirely. Then, he used a cheap two-inch knife to cut through his skin and muscle, and a pair of pliers to cut through his tendons. Finally, he cut his arteries — making sure to save those for last.

The grueling process took an hour, during which Ralston lost 25 percent of his blood volume. However, he also felt an enormous rush of adrenaline and the sheer willpower to survive. He climbed out of the canyon, rappelled down a 65-foot sheer cliff, and hiked six miles toward his car.

He randomly happened upon a family from the Netherlands who fed him and quickly alerted the authorities. The rescue team reached him about four hours after his DIY amputation. By that point, it had been five days since his arm was first pinned by the boulder.

“All the desires, joys, and euphorias of a future life came rushing into me,” Ralston said after his rescue. “Maybe this is how I handled the pain. I was so happy to be taking action.”

Later, it took a team of 13 rangers, a hydraulic jack, and a winch to remove the boulder that had trapped Aron Ralston in the gorge. His tale became one of the most harrowing survival stories in recent memory and was later portrayed in the film 127 Hours starring James Franco.

Despite his near-death ordeal, Ralston didn’t stop climbing after the incident. In 2005, he became the first person to climb all 59 of Colorado’s “fourteeners,” mountains with an elevation of at least 14,000 feet.