The Chilling Case Of Susan Wright, The ‘Blue-Eyed Butcher’ Who Fatally Stabbed Her Husband

In January 2003, Susan Wright stabbed her husband Jeff 193 times, later claiming that she snapped after suffering years of physical abuse from him.

From the outside looking in, Jeff and Susan Wright seemed like a happy couple. They had two young children and lived a comfortable life in Houston, Texas. But on Jan. 13, 2003, Susan tied Jeff to their bed — and stabbed him 193 times. 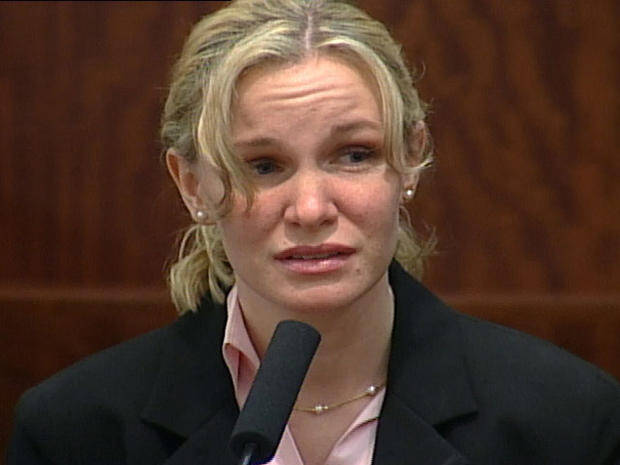 Public DomainSusan Wright detailed the abuse in her marriage on the stand in 2004.

She tried to clean up the crime scene, but she turned herself in days later. Pleading not guilty by reason of self-defense, Susan claimed that Jeff had physically abused her for years, and she’d finally decided to fight back.

Prosecutors, however, told a different story. In court, they argued that Susan was simply after Jeff’s life insurance money. The jury agreed, and Susan was sentenced to 25 years in prison.

Now, Susan Wright has been released after serving 16 years of her sentence, and the “Blue-Eyed Butcher” is hoping she can carry out her second chance at life in privacy.

In 1997, 21-year-old Susan Wright was working as a waitress in Galveston, Texas. There, she met her future husband Jeff, who was eight years her senior. They started dating, and Susan soon found herself pregnant. She and Jeff got married in 1998, just before the birth of their son, Bradley.

A few years later, they welcomed a daughter named Kailey. They seemed like the perfect little nuclear family, but behind the scenes, things weren’t as they appeared.

Susan claimed that Jeff frequently used illegal substances throughout their marriage, and he often became violent while under the influence. So when he came home in a rage after a cocaine binge on Jan. 13, 2003, 26-year-old Susan decided to put an end to the abuse once and for all.

According to court records, Susan claimed that on that fateful night, Jeff had focused his anger on the children, hitting four-year-old Bradley in the face. He then allegedly raped Susan and threatened to kill her. Public DomainSusan and Jeff Wright were married in 1998.

Susan said she managed to grab a knife and stab Jeff — but once she started, she found it difficult to stop.

According to prosecutors, however, Susan seduced her husband, tying his wrists and ankles to the posts of their bed with the promise of a romantic tryst — only to grab a knife and start stabbing.

Regardless of exactly how it happened, Jeff ended up with 193 stab wounds from two different knives, including 41 to his face, 46 to his chest, and seven in his pubic region. Susan had thrust one of the knives into him so fiercely that the tip broke off in his skull.

Then, the murderous wife decided to hide Jeff’s body.

The Arrest And Trial Of Susan Wright

At trial, Susan claimed that she sat up all night after killing her husband, terrified he was going to rise from the dead and come after her again. She later tied him to a dolly and wheeled him into the backyard, where she buried him beneath potting soil in a hole that he’d recently dug to install a fountain.

She then tried to clean their bedroom with bleach, but the blood was splattered everywhere. And several days later, when she caught the family dog digging up Jeff’s body, Susan knew she couldn’t keep her secret much longer. 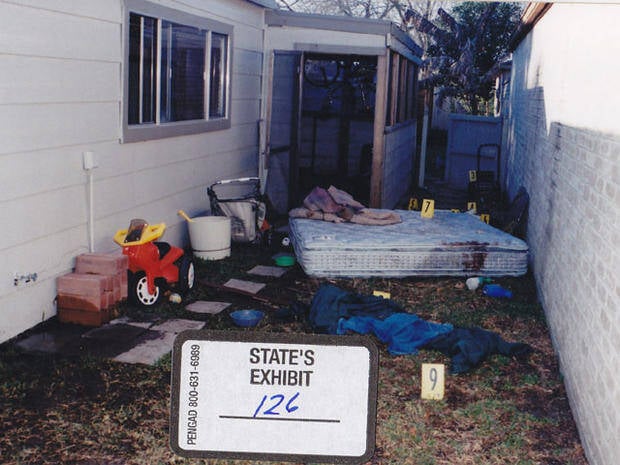 Public DomainWright attempted to clean up the crime scene after she buried her husband in their backyard.

On Jan. 18, 2003, she called her attorney, Neal Davis, and confessed to everything. She pleaded not guilty by reason of self-defense, but at her trial in February 2004, prosecutors instead used Susan’s past as a topless dancer to paint her as a money-hungry wife who wanted Jeff’s $200,000 life insurance policy.

Kelly Siegler, one of the prosecuting attorneys, even brought the actual bed from the murder scene into the courtroom, as reported by Crime Museum.

In the end, the jury believed Siegler’s claims that Susan Wright was faking her testimony. They found her guilty of murder, and Susan was sentenced to 25 years in prison.

But Susan’s story wasn’t over just yet.

In 2008, Susan Wright entered the courtroom once again to appeal her case. This time, she had another witness on her side: Jeff’s ex-fiancée.

Misty McMichael testified that Jeff Wright was abusive throughout their relationship, as well. She said he’d once thrown her down a flight of stairs. Another time, he was charged with assault after he cut her with a broken glass in a bar, but she’d dropped the case out of fear.

With this new information on record, Susan Wright’s sentence was reduced to 20 years. In December 2020, as reported by ABC 13, she was released on parole after 16 years in prison. 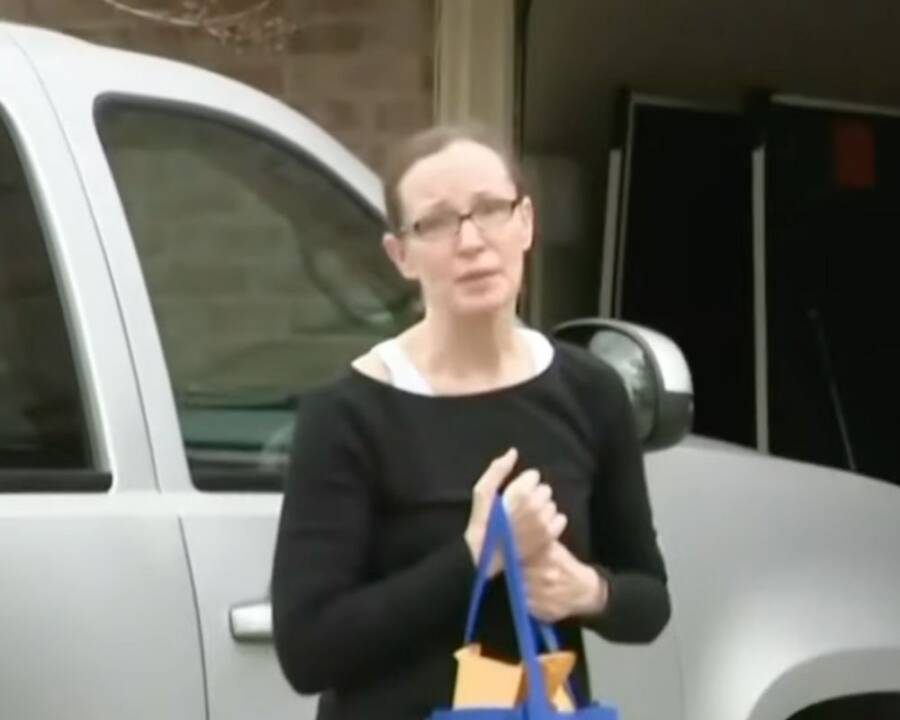 YouTubeSusan Wright after she was released from prison in December 2020.

As cameras followed her to her vehicle, she begged reporters, “Please don’t do this to my family… I would just like a little privacy, please respect that.”

Susan’s attorney Brian Wice told Texas Monthly after the her appellate hearing, “Just about everyone in Houston believed Susan Wright was a monster. Everyone believed that she was some real-life reincarnation of Sharon Stone from the first reel of Basic Instinct. There was just one problem. Everyone had gotten it wrong.”

Now free once more, Wright hopes to live out the rest of her life quietly, picking up the pieces as she goes.

After reading about Susan Wright, the woman who stabbed her husband nearly 200 times, learn about Clara Harris, the woman who ran over her husband with a car. Then, discover the disturbing story of Paula Dietz and her marriage to Dennis Rader, the “BTK Killer.”