In addition to the "swearing bowls" from ancient Iraq, authorities seized rare coins, weapons, glassware, and ivory furniture inlays — some of which dated to biblical times. 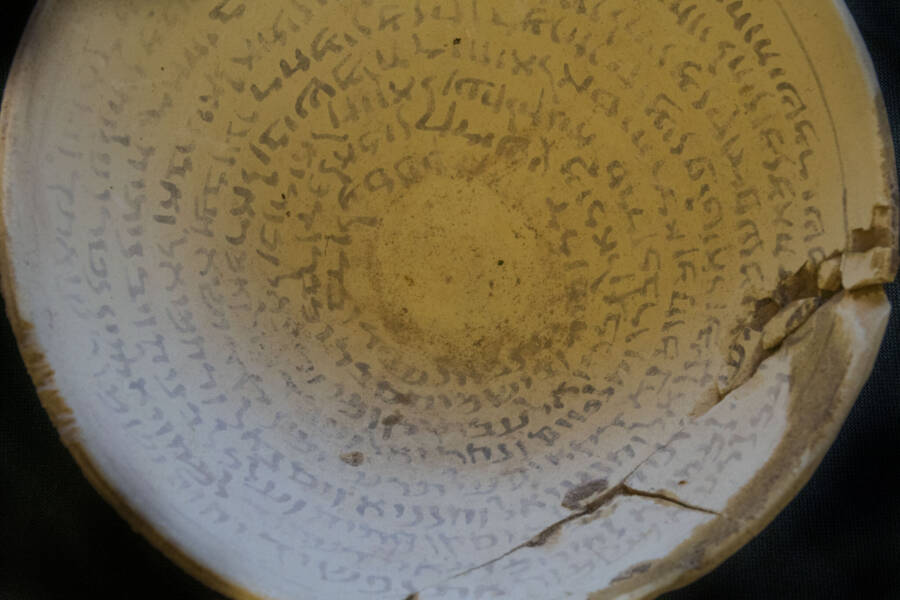 In a recent raid on a home in Jerusalem, Israeli police uncovered a trove of stolen artifacts. Among them were three 1,500-year-old “swearing bowls.”

These vessels are otherwise known as “incantation bowls,” and they were used by ancient inhabitants of what is today Iraq, according to the The Times Of Israel evil spirits from their homes. Made between the fifth and seventh centuries, the bowls were seized from a home in Jerusalem’s Ramat Shlomo neighborhood.

The Israel Antiquities Authority (IAA) has regulated the excavation and conservation of regional artifacts for decades. It even started its own Robbery Prevention Unit to target opportunistic thieves who make fortunes auctioning off stolen relics. They teamed up with Lev HaBira police to perform this raid.

The investigation also yielded hundreds of ancient coins, glassware, and weaponry. While some of these findings date to biblical times, the bowls themselves are most invaluable. The Aramaic inscriptions inside not only provide staggering insight into cultural beliefs about demons — they predate all others ever found.

“The Jewish bowls draw heavily on Jewish tradition, cite verses, and even contain the earliest written attestations we have for Jewish texts like the Mishnah or benedictions,” explained Matthew Morgenstern, a professor at Tel Aviv University and expert in Jewish Babylonian Aramaic and Classical Mandaic dialects, to The Times.

The successful raid was announced in an IAA press release on Monday. The homeowner was charged with the possession of property believed to be stolen and failure to report the discovery of antiquities, and he faces up to three years in prison. Most damning of all were documents found in his home that led to a nearby auction house, where authorities recovered more stolen antiques. 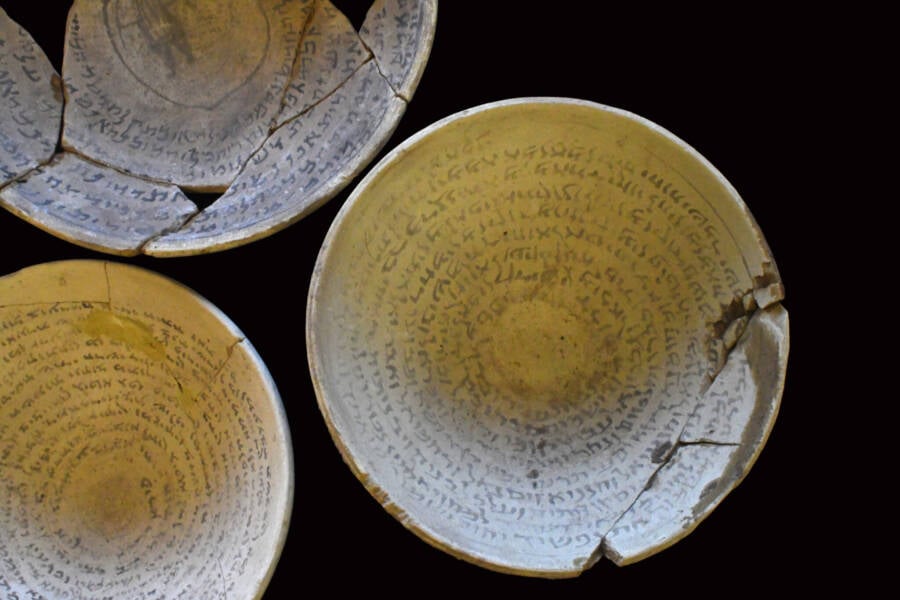 Israel Antiquities AuthorityThe bowls would have been placed in homes upside down to trap evil spirits.

Police also found chemicals used to restore pottery. The IAA believes this potential smuggling hub was exposed right as the items were being readied for auction. According to Amir Ganor of the Robbery Prevention Unit, this issue has only worsened over time.

“In 2003, following the war in Iraq, thousands of stolen ‘incantation bowls’ began to enter trade markets,” he told The Times.

About 3,000 of these bowls have since been discovered. The bowls were used by devout Jews and people of other faiths alike. Morgenstern, who has studied and photographed hundreds of them, said their inscriptions were written in Babylonian Aramaic dialects but also used quotes from the Hebrew Bible.

The purpose of the bowls was to protect homeowners from invading spirits who threatened their peace. Those who purchased these vessels would place them upside down in their homes, believing that demonic entities would be trapped inside. The inscriptions within the bowls were customized for each buyer and included their name, so the spirit realm would know exactly who it was supposed to be protecting.

Dr. Ohad Abudraham, a postdoctoral researcher at Tel Aviv University, studied the three recovered bowls and provided some preliminary theories. He believes the inscriptions were written by professional “magicians” who held court in the local markets and used various templates that they adapted to the needs of each customer.

Abudraham said the magicians frequently included their customers’ names in the engravings. The first bowl found in the raid was clearly written for Joshua, son of Perachiah, who appears in the Mishnah, the first major written collection of Jewish oral traditions. The inscription itself suggests relationship issues — but not with the living.

The bowl uses language commonly found in a get, or writ of divorce, that was modified to repel several groups of demons from the buyer’s home, rather than his wife. It instructs “those who appear in the day and in nightmares” to leave the home and includes the names of angels Gabriel and Michael. 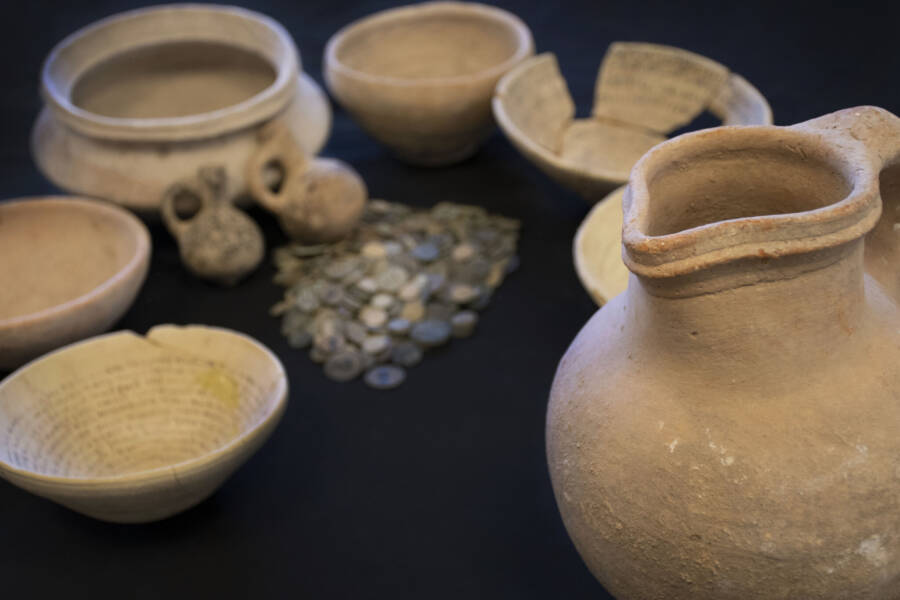 Israel Antiquities AuthorityHundreds of other items such as rare coins, jars, glassware, and weapons were found in the raid.

The second bowl mentions other angels by name and includes a Hebrew quote from Psalm 121:7 that reads: “The Lord will guard you from all evil.” The third bowl features a female demon with long, wild hair and bound hands painted in its center.

Additionally, the raid yielded rare ivory furniture inlays from the ninth and eighth centuries B.C.E. Similar inlays were previously uncovered in Samaria, leading experts to believe they were illegally excavated from there.

“Antiquities belong to all of us. They are our heritage,” said Eli Eskosido, the director of IAA, to The Times. “Unauthorized antiquities dealers encourage looters to go out and destroy ancient sites in search of finds for sale on the antiquities market.”

He continued, “In the name of greed, they plunder antiquity sites, removing the finds from their historical context, thus obscuring parts of human history.”

The IAA notes that decorated pottery items from this period such as the bowls found in the raid are extremely rare, adding, “Every find can add a little bit to our knowledge about Jewish life in Babylonia in the fifth to seventh centuries, for which firsthand evidence is scant.”

After reading about the “swearing bowls” discovered in Israel, learn about how Hobby Lobby stole ancient Iraqi artifacts. Then, read about the Bulgarian gang caught smuggling 4,600 stolen artifacts.