With millions of dollars already in funding, the Thylacine Integrated Genetic Restoration Research Lab in Australia believes they can bring the Tasmanian tiger back from the dead. 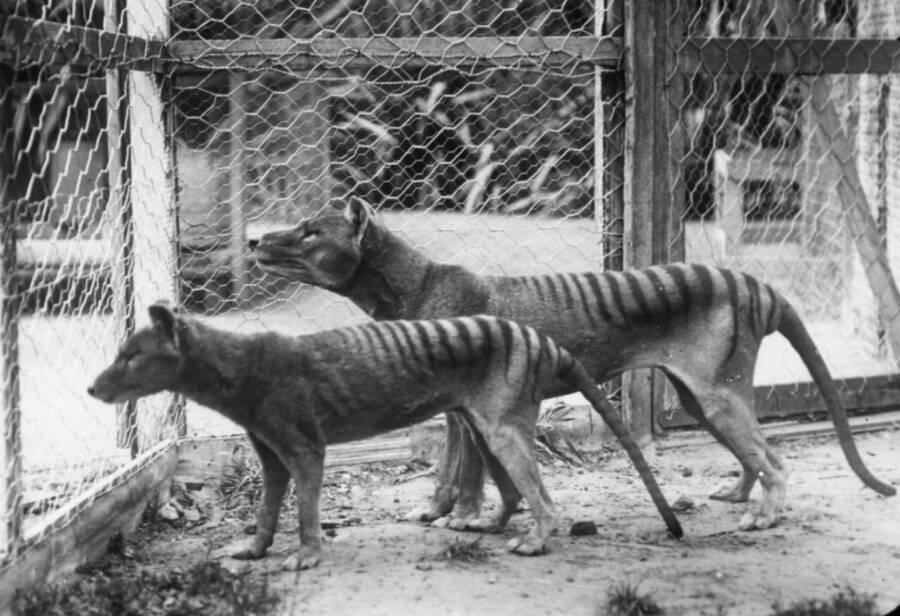 Public DomainTasmanian tigers have been extinct for decades.

In 1936, a Tasmanian tiger named Benjamin died in an Australian zoo. Likely the last of his kind, Benjamin’s death seemed to herald the end of these strange beasts. But scientists in Australia think that they have the technology — and the funding — to bring Tasmanian tigers back to life.

With a $3.6 million donation in hand, Australia’s Thylacine Integrated Genomic Restoration Research lab (TIGRR) is hopeful that the Tasmanian tiger, or thylacine, will roam the forests of Tasmania in the next 10 years.

“The level of support we have for this project now I think it is conceivable that we could a thylacine-like cell within ten years,” explained Andrew Pask, a professor at the School of BioSciences at the University of Melbourne.

He added, “It’s a big job and it needs some significant support to drive it. Fortunately, we now have that.” 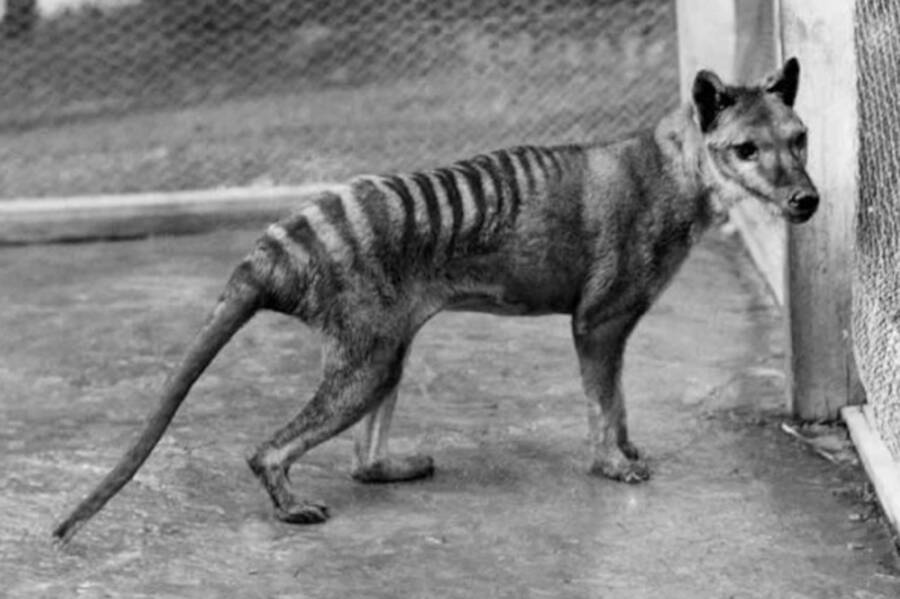 Public DomainA Tasmanian tiger photographed in a zoo in 1928. This tiger sadly died the next day.

In a press release, Pask said that the new funding will allow scientists to focus on three areas: “improving our understanding of the thylacine genome; developing techniques to use marsupial stem cells to make an embryo; and then successfully transferring the embryo into a host surrogate uterus.”

Fortunately, Pask and others have a head start. They have already sequenced the thylacine genome from a specimen held in Museums Victoria.

This sequence, Pask explained, is “basically a complete genetic blueprint or set of instructions on how to build a thylacine.”

From there, scientists will seek to sequence the genomes of similar species, edit together a thylacine cell, and create a Tasmanian tiger embryo. Then, hopefully, new “Benjamins” will be born.

“It is a bit like Jurassic Park — we start with a living cell from a closely related species, in this case, the dunnart [a marsupial mouse] — and we edit that cell to turn its genome into that of the thylacine,” Pask said.

“Once you have your ‘thylacine’ cell, you can use cloning technology to turn that cell into a living animal.”

But Pask and others have other motivations aside from recreating Jurassic Park. The Tasmanian tiger played an essential role in Australia’s ecosystem before it went extinct on the mainland some 3,000 years ago. And it could have played a crucial role in Tasmania if European settlers hadn’t hunted it out of fear that it would decimate the island’s sheep industry.

“[The Tasmanian tiger] was known as Australia’s only marsupial apex predator,” Pask explained. “Our country’s modern apex predators – which now includes the likes of saltwater crocodiles and the dingo – form an extremely important part of the food chain and are often responsible for stabilizing ecosystems.” 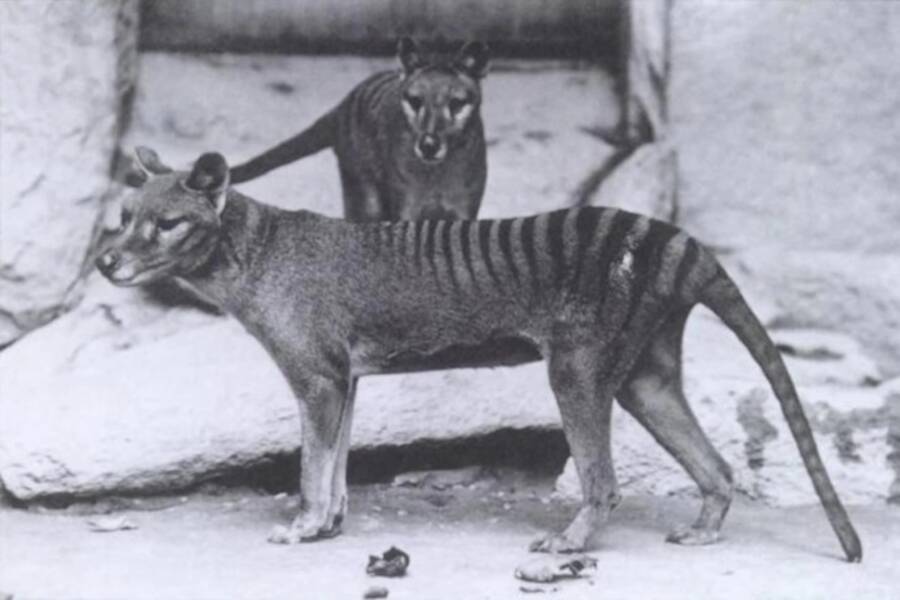 Public DomainA male and female Tasmanian tiger in captivity around the turn of the 20th century.

Without predators, Pask said, diseases in other species can run rampant.

“The emergence of the fatal Tasmanian devil facial tumor disease is a clear example of what can happen in an ecosystem when sick animals are no longer preyed upon and removed from the population,” he explained.

Plus, Pask sees TIGRR’s goal as much bigger than the de-extinction of the Tasmanian tiger. Almost 40 Australian mammals have gone extinct in the past two centuries. And Pask envisions TIGRR’s work as benefiting more species than just thylacine.

“The tools and methods that will be developed in the TIGRR Hub will have immediate conservation benefits for marsupials and provide a means to protect diversity and protect against the loss of species that are threatened or endangered,” Pask said.

“While our ultimate goal is to bring back the thylacine, we will immediately apply our advances to conservation science, particularly our work with stem cells, gene editing, and surrogacy, to assist with breeding programs to prevent other marsupials from suffering the same fate as the Tassie tiger.”

In other words, the de-extinction of the Tasmanian tiger may be just the beginning. The revitalization of more Australian species could be on the horizon.

After reading about the project to de-extinct the Tasmanian tiger, learn about the first Tasmanian devils to be born on the Australian mainland in 3,000 years. Or, see how one company hopes to bring back the woolly mammoth.