Inside Breatharianism, The Bizarre Belief That Humans Don’t Need Food Or Water To Survive

Also known as inedia, breatharianism is a pseudoscientific practice promoted by gurus who insist that they can live off "pranic light" — which is contained in the air.

What if you didn’t need to eat? What if all you need to survive was air and energy? That’s the philosophy put forward by Breatharianism.

Believers in Breatharianism claim to follow a simple lifestyle: Instead of consuming food, they absorb the energy of the universe, which Hindus call Prana. Proponents of this practice say it leads to healthier, happier, more energetic lives, and could even solve world hunger.

Yet Breatharianism ignores one simple point: Humans need food to survive. Indeed, Breatharianism has proven fatal in a number of cases, and some of its loudest supporters have turned out to be frauds.

Breatharianism has a long history. Tibetan monks are known to practice something like it, though only for short periods of time.

In recent decades, however, more people have embraced Breatharianism as a lifestyle. As Wiley Brooks, the founder of the Breatharian Institute of America, explained in the 1980s: “A Breatharian is a person who can, under the proper conditions, live with or without eating physical food.” 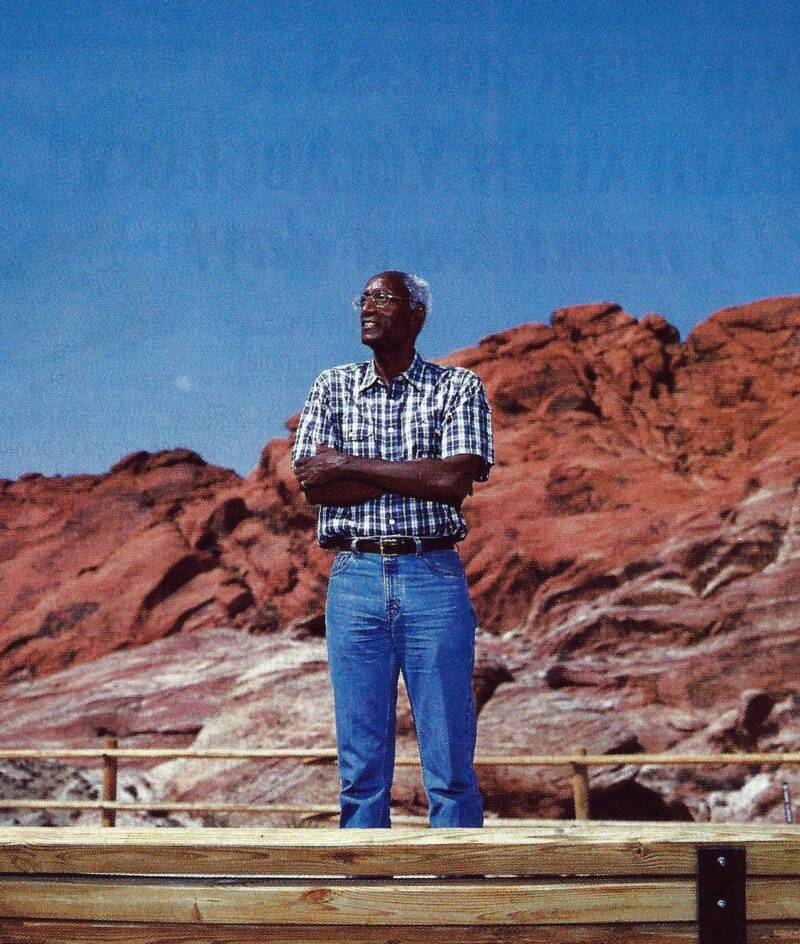 PinterestWiley Brooks advocated for Breatharianism in the 1980s and started the Breatharian Institute of America.

Benefits of doing so, according to Brooks and others, include better health, more energy, and more satisfying sex lives. “When I started [Breatharianism], I felt cleaner, I felt sharper,” said Akahi Ricardo, who runs Breatharianism workshops with his wife, Camila Castillo. “I felt … fearless.”

People generally start with a 21-day Breatharian process. They’re supposed to eat nothing for a week, then consume only juice or water for two weeks.

Some believers in Breatharianism have embraced it as their lifestyle. They claim they’ve almost entirely stopped eating food. 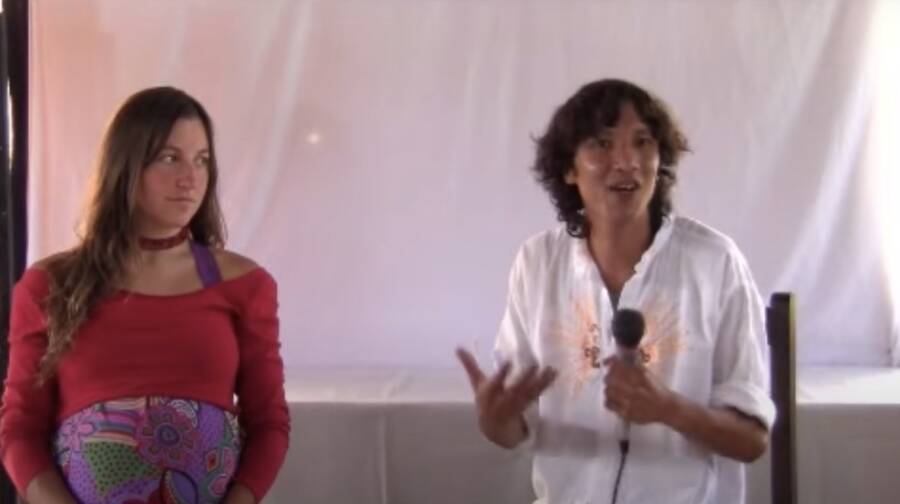 People who claim to practice Breatharianism are quick to sing its praises. Ricard and Castillo say that it’s improved their health and well-being, and helped them save money (since, apparently, they aren’t buying food).

“Obviously, our living costs are a lot less than most families,” Ricardo said, “and that has allowed us to spend our money on things that really matter like traveling and exploring together.”

Castillo concurs. “Humans can easily be without food,” she said, “as long as they are connected to the energy that exists in all things and through breathing.”

She claims that she ate just “five times” when she was pregnant with her son.

“I knew my son would be nourished enough by my love and this would allow him to grow healthily in my womb,” she said. “I went for regular pregnancy checkups and my doctor confirmed the above-average growth of a very healthy baby boy.”

Nicolas Pilartz, who works at one of the largest Breatharian organizations in the world, says he has practiced Breatharianism for nine years. He lost 30 pounds and a girlfriend but fell in love with the lifestyle.

And a Breatharian guru named Jasmuheen — real name, Ellen Greve — who founded a branch of the movement in 1993 said, “I have found another form of nourishment. It’s called Pranic light, which is the light of God found all over the universe.”

That said, these people do eat. Just not very much. Jasmuheen says she enjoys chocolate as a “taste sensation” and consumes orange juice, pieces of fruit, and teas. Pilartz says he sometimes eats socially.

“I consume one, two meals a week,” he said. “Two is a bit too much but sometimes I do it.”

And Ricardo and Castillo say they didn’t eat anything for three years, but now eat in social situations or with their children.

“Now, Akahi and I eat very sporadically, — perhaps three or four times per week at the most,” Castillo said. “I might have a few vegetables, a juice, or a bite of an apple with my children. Sometimes we have a glass of water too.”

But doctors say that Breatharianism comes with serious risks. In some cases, it’s proven deadly.

When A Health Fad Turns Fatal

To date, a number of people have died from practicing Breatharianism. In 1997, a 31-year-old named Timo Degen died. The next year, so did 33-year-old Lani Morris. And the year after that, 49-year-old Verity Linn was found dead next to a copy of Jasmuheen’s book, Living on Light.

Linn wrote in her diary about her belief in Breatharianism. She described her hope that fasting would “spiritually cleanse” her and “recharge her both physically and mentally.”

“Sometimes there are people who go too far,” acknowledged Pilartz. “They just don’t stop after 21 days; they don’t follow the guidelines; they don’t listen.

“Anyone doing the process needs to take in knowledge from all the breatharians because no one wants anyone to die. We want people to feel better.”

But doctors remain adamant — fasting for extended periods, as many Breatharians seek to do, is dangerous.

If “you’re lying in bed you would probably be just about all right for a week,” Dr. Charles Clarke said of Breatharianism-type fasting.

“But towards the end of the first week, you’d become pretty gravely ill. Your blood would become thicker, your kidneys can’t cope; multiple organ failure follows, you get hypothermic and eventually you die.”

To make matters worse, many of the movement’s proponents simply don’t practice what they preach. For example, Wiley was allegedly once caught getting a chicken pot pie and biscuits at a hotel, and his groceries from 7-Eleven.

And Jasmuheen, when tested, seemed unable to go even a couple of days without food. She appeared on 60 Minutes in 1999 and quickly deteriorated without food or water. The guru grew gaunt and started to slur her words, leading a doctor on set to call off the experiment after four days. 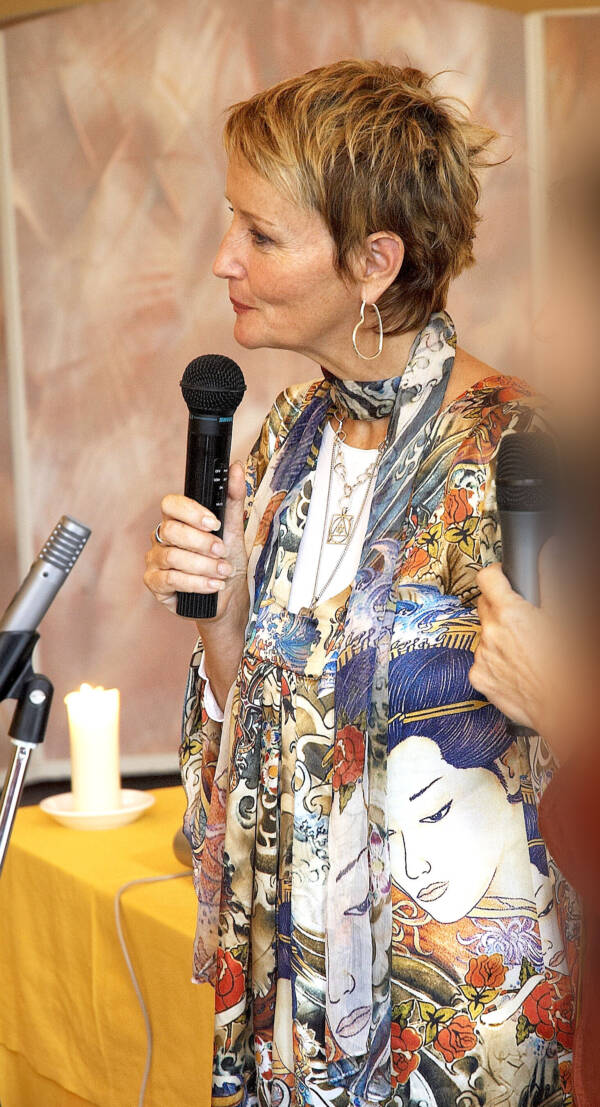 Jasmuheen blamed pollution, not the lack of food, and producers moved her into the mountains. But, again, a doctor called the fast off after two days and warned Jasmuheen she was in danger of kidney damage.

“Can you come to the intelligent view yet that you can’t survive on air?” a host asked her.

“No, that’s not true, because I’ve done it for a long period,” Jasmuheen defiantly replied. “And 6,000 people around the world have done this without any problem.”

Reporters have also noted her fridge full of food at home — Jasmuheen says it’s for her husband — and that she ordered a meal when taking a flight.

But whether or not prominent Breatharians eat, they give the impression that they don’t. And that can be dangerous for their supporters. When a GQ reporter told an attendee at one of Ricardo’s Breatharianism workshops that he and his wife regularly ate food, the attendee doubted it.

“I think they eat a lot less than you might think they do,” the attendee said. Another person at the same event admitted she’d delayed payments on her house to attend the $1,700 workshop. And most of the people at the retreat later said that they would not have attended if they knew the couple regularly consumed food.

In the end, one of the basic components of human survival is that people need to eat. Without proper nutrition, our bodies falter and struggle to function.

There are a lot of fad diets out there, but subsisting on energy and light instead of eating food may be one of the most dangerous.

After reading about Breatharianism, take a look at the terrible health advice offered by vintage ads. Or, look through these gross Medieval foods enjoyed by people long ago.