From roasted cat to hedgehog, it's safe to say that you probably wouldn't be able to stomach most of these medieval foods. 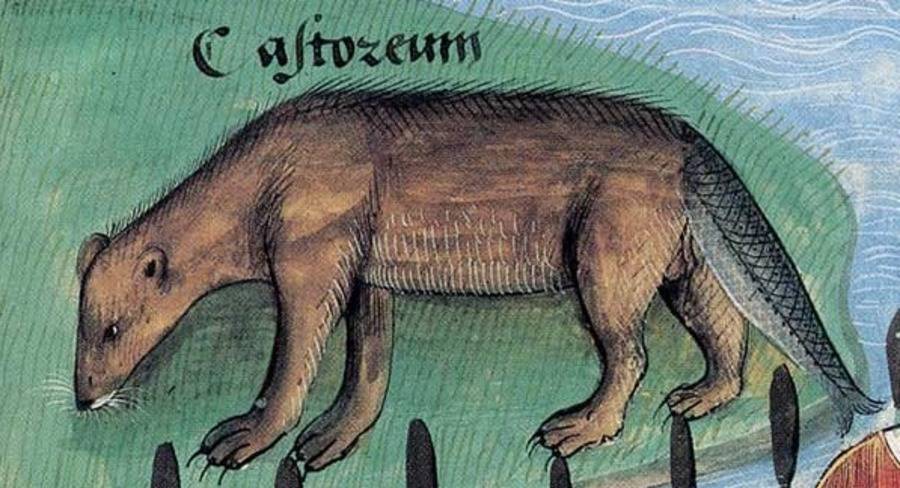 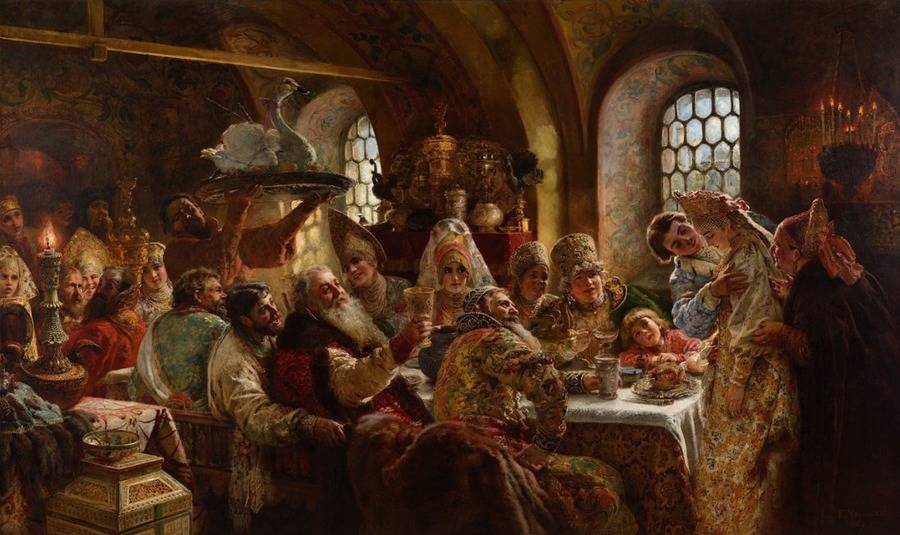 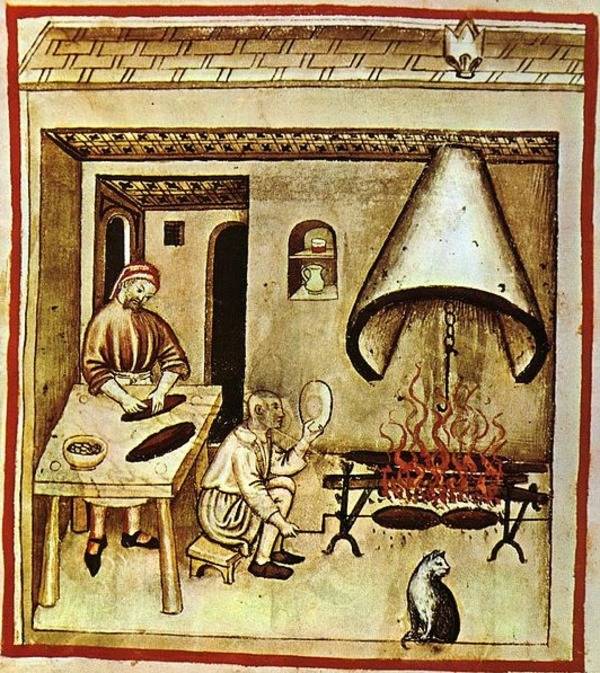 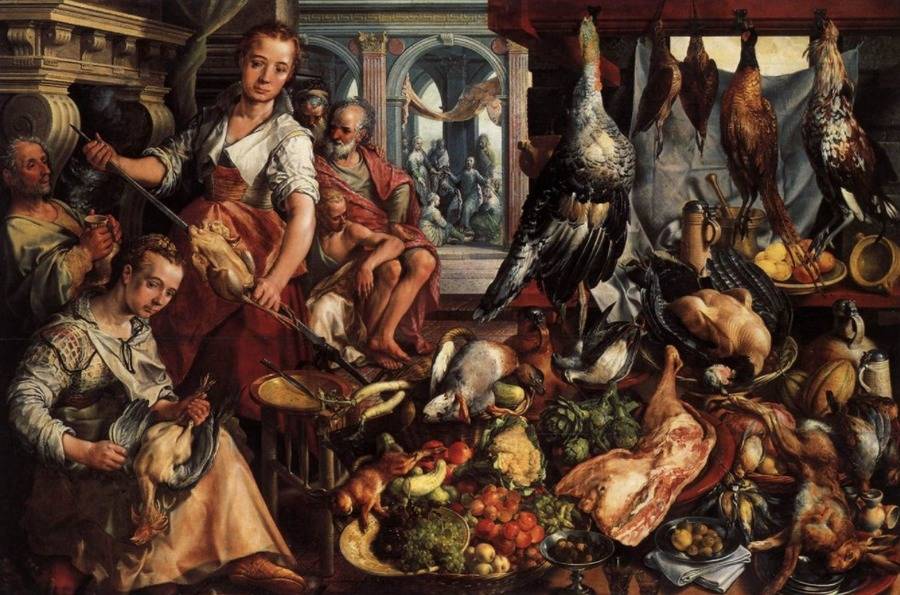 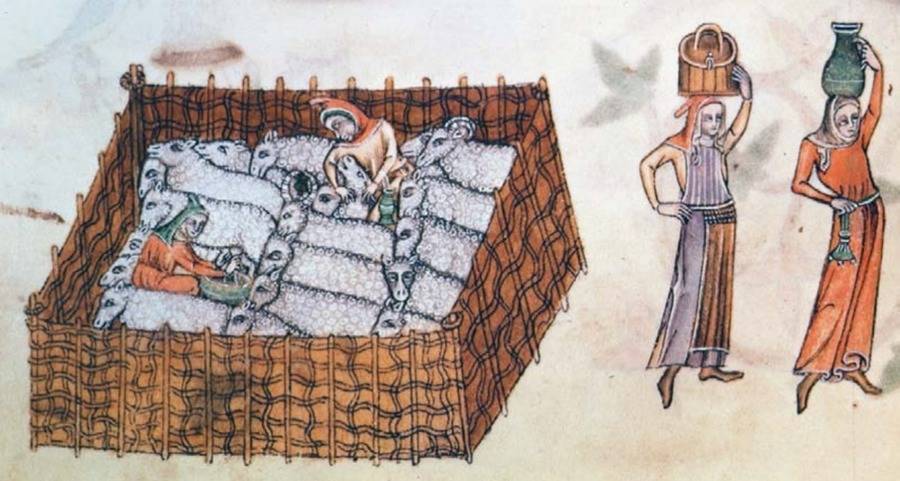 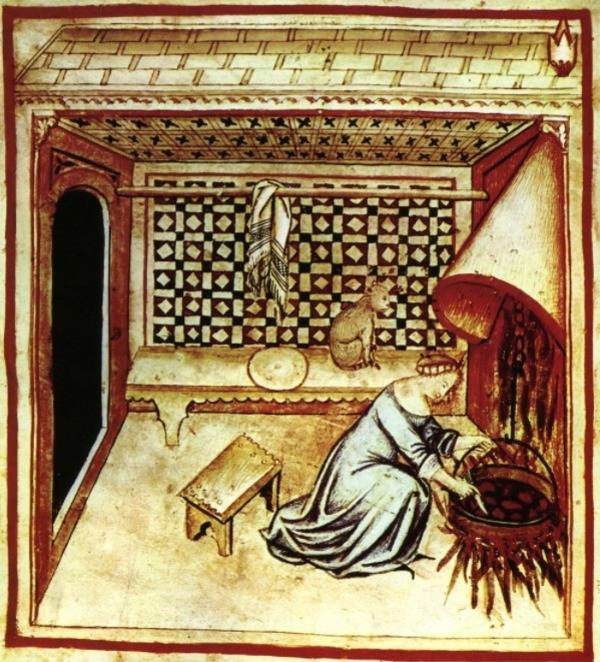 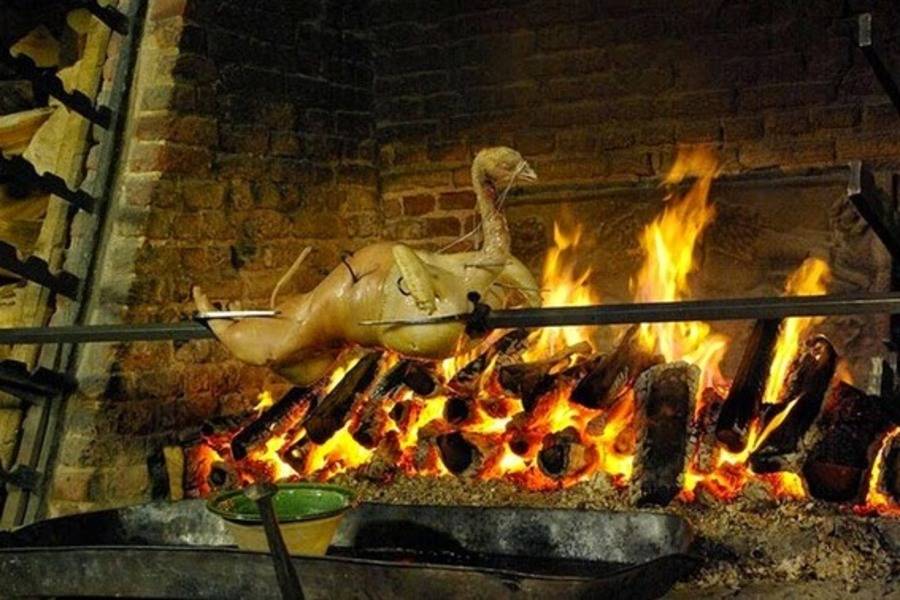 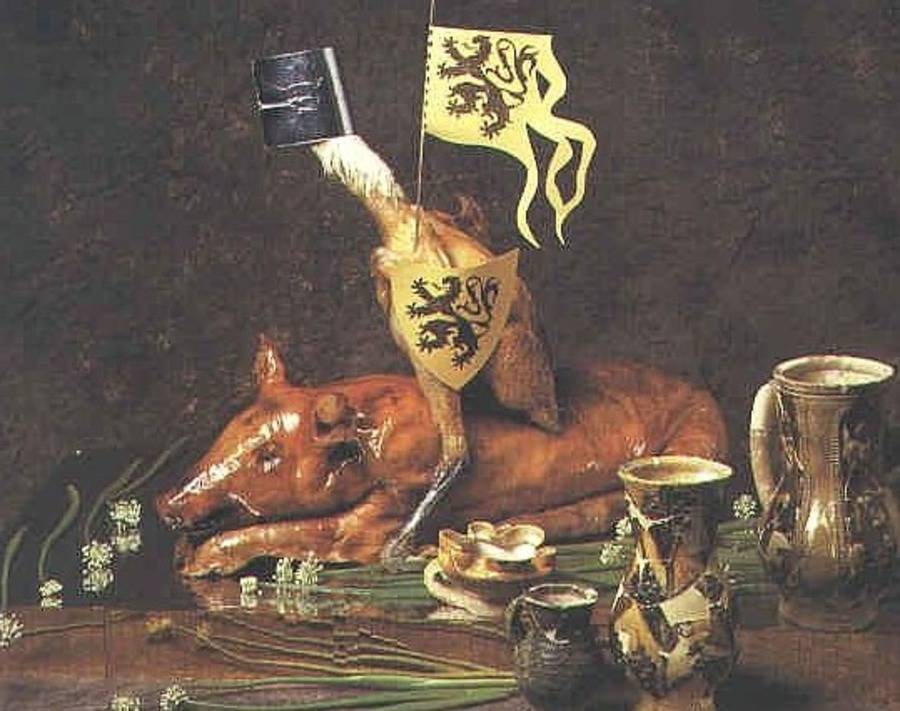 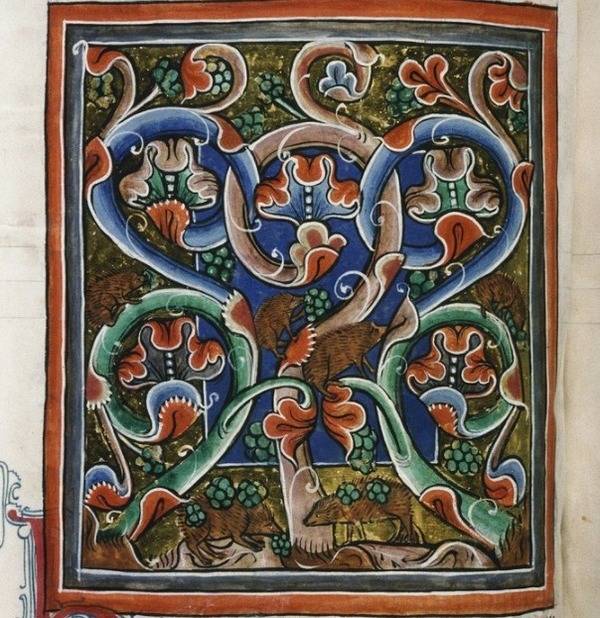 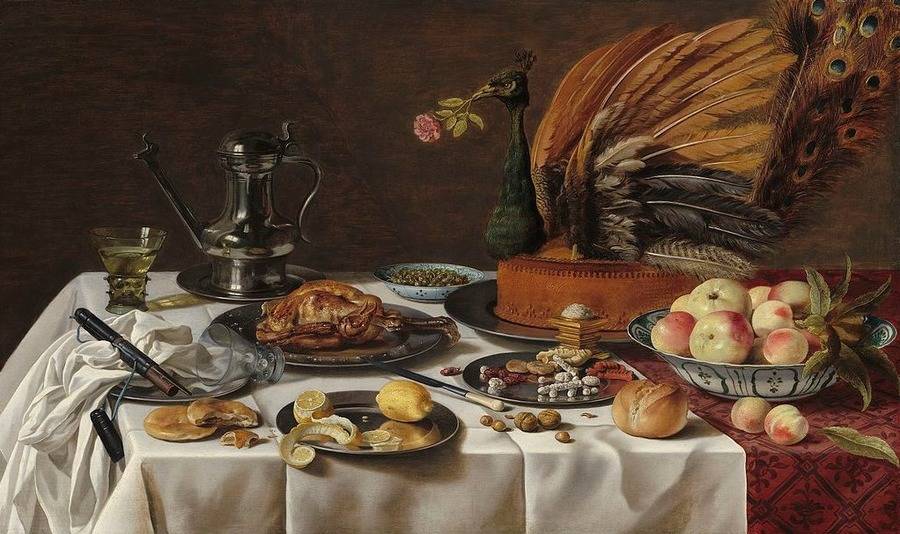 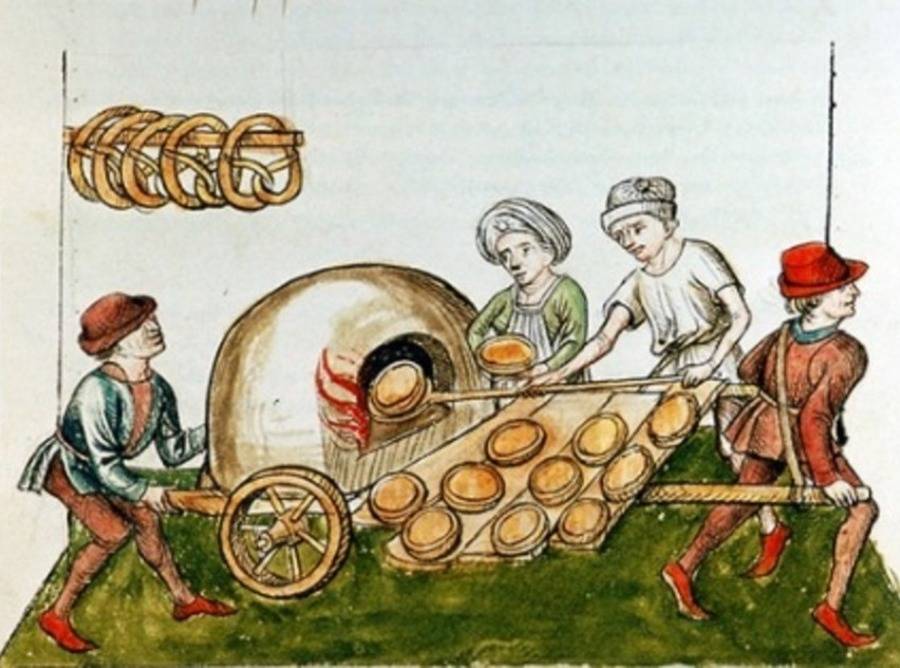 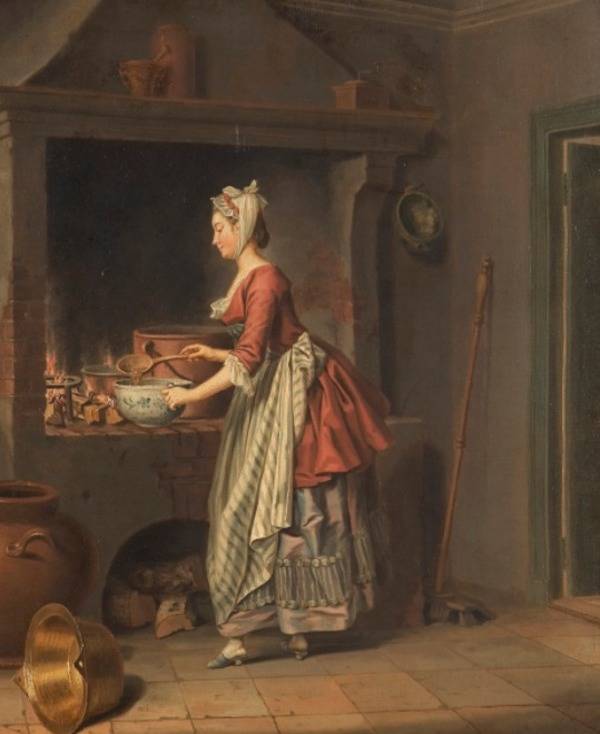 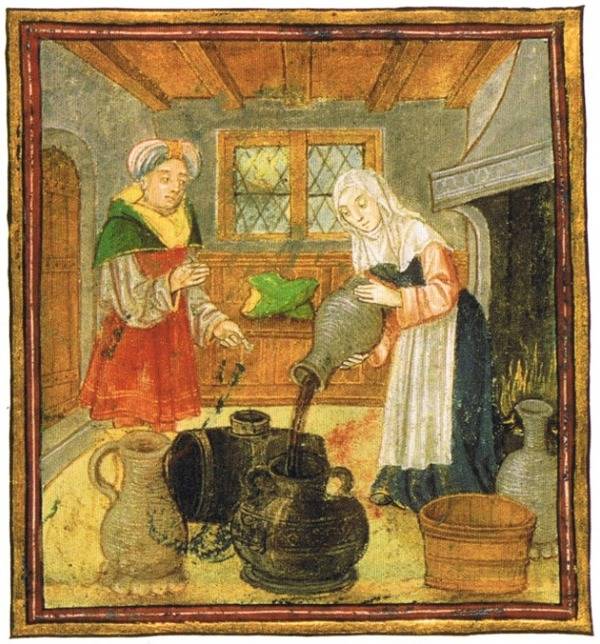 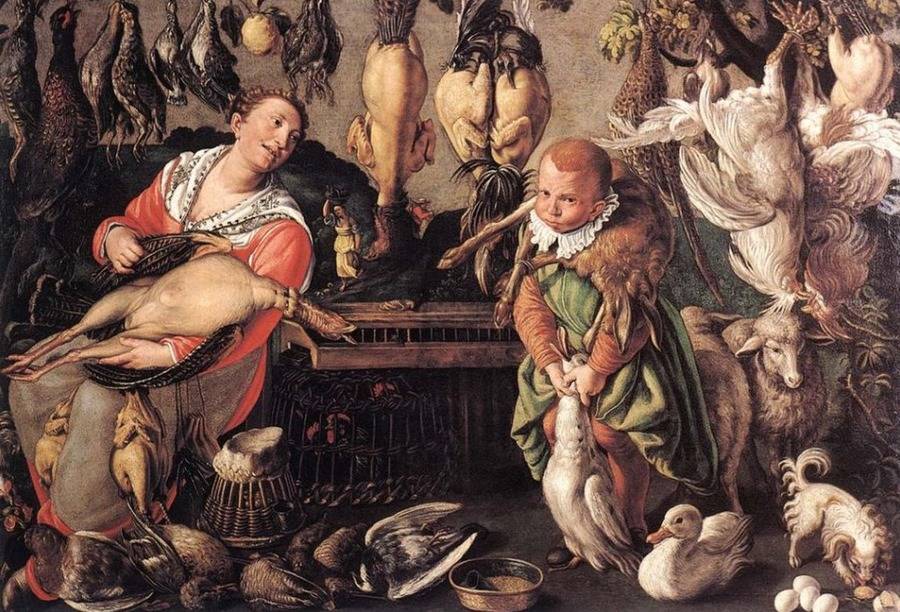 During the Middle Ages, it was believed that beaver tails were "cold" and thus could be eaten on fast days. In the 17th century it was no longer just the tail that was allowed on fast days but the whole beaver itself. Apparently, when the Bishop of Quebec asked his superiors whether his parish could eat beavers on Fridays during Lent, the church declared that indeed they could for the beaver was a fish due to the fact that it was an excellent swimmer.Wikimedia Commons
2 of 16

In 14th-century England, roasted swan was a real delicacy. There were two ways of preparing it with the first being to mince the boiled swan’s entrails with bread, ginger and blood and season it with vinegar. In the second method, you could cut the bird wide open, take off its skin and roast it on a spit. If the latter recipe was followed, after the bird was roasted, it was re-clothed in both its skin and its feathers before it was served to the amused and undoubtedly pleased guests. Wikimedia Commons
3 of 16

Ever wondered how to roast a cat? According to one Medieval recipe, you start off by cutting off its head and throwing it away “because it is not for eating, for they say that eating the brains will cause him who eats them to lose his senses and judgment.” Then, you cut the cat open and clean it. At this stage, the feline may look ready to be roasted but alas - you must first bury it in the ground for a day and a night before you do so. You can serve the roasted cat by soaking it in broth and garlic.Wikimedia Commons
4 of 16

Forget swans and peacocks that looked as if they were alive. The singing chicken was so much more impressive. It was prepared by tying the bird’s neck with quicksilver and ground sulphur, which, when the bird was reheated, made it sound like it was singing. It was also not uncommon to have a swan, pig or fish breathe fire, an impressive feat that was achieved by soaking cotton in alcohol and then lighting it inside the animal. Wikimedia Commons
5 of 16

Lamprey is certainly one of the more hideous fish out there. It not only has a suction-cup like face but also sucks blood of other, larger fish. But while you may be grossed out, medieval people certainly weren't. Indeed, back in the Middle Ages Lamprey was considered a delicacy and was most often eaten on meatless days. It is said that King Henry I of England ate lamprey so often that his death was, in fact, the result of him overindulging in the strange fish.Wikimedia Commons
6 of 16

A sheep's penis was a rather curious medieval dish that was prepared by washing and cleaning it and then stuffing it with the yolks of ten eggs, saffron, milk, and fat. The whole thing was then blanched, roasted and sprinkled with ginger, cinnamon, and pepper. Wikimedia Commons
7 of 16

"Garbage" does not sound very appealing and indeed it wasn't. Made from chickens’ heads, feet, livers and gizzards which were stewed in broth, pepper, cinnamon, cloves, mace, parsley, and sage, bread, it was served with ginger, verjuice, salt and saffron.Wikimedia Commons
8 of 16

There's no denying that medieval chefs were extremely innovative - they not only prepared scrumptious dishes from real-life beasts but also created their very own unique creatures that did not even exist. This creature was known as "Cockentrice" and was prepared by boiling a rooster, cutting it in half and sewing it to the bottom of a pig. The whole thing was then stuffed, roasted, and covered in egg yolks and saffron before being served to the very lucky dinner guests. Mae's Food Blog
9 of 16

A variation of the "Cockentrice," the "Helmeted Cock" was prepared by mounting a bird, adorned with coats of arms that honored the noble lords and ladies present, on a pig. Unlike "Cockentrice" however it was seen as merely a side dish to be served in between main dishes.Claude Huyghens, Fetes Gourmandes au Moyen Age
10 of 16

Hedgehogs may seem like an unlikely source of nourishment for us today, not least because of their prickly spines. Yet their quills didn't deter determined Medieval chefs who prepared roasted hedgehogs by cutting their throat open, gutting them and then trussing them like pullets. The hedgehogs were then roasted, but only after they were pressed in a towel to dry and served with cameline sauce or wrapped in pastry. A piece of advice - if you're trying to roast a hedgehog and it refuses to unroll, simply put it in hot water. Or at least that's what the recipe book says. Flickr
11 of 16

Just like roast swans, roasted peacocks were also seen as a delicacy. The unlikely dish was prepared by removing the peacock's skin and feathers which were to be re-used later. The peacock was then roasted with its legs positioned as if it was still alive. Once roasted, the peacock was re-clothed in its skin and feathers. Peacock flesh was supposed to last 30 days, meaning that this unique delicacy could be enjoyed for days after it was initially served. Wikimedia Commons
12 of 16

Back in the Middle Ages people could not imagine a holiday celebration without a serving of Umble Pie. Umble Pie was basically a meat pie that consisted of edible entrails of deer or wild animals. While it may not sound very appealing to us today, back in the day, it was seen as a real treat. Flickr
13 of 16

Back in the Middle Ages people believed that porpoise was a fish and so they ate porpoise soup during Lent. Apart from porpoise, this rather strange soup also consisted of almond milk, wheat, and saffron. Wikimedia Commons
14 of 16

In the Middle Ages, cock ale was a popular type of beer which was prepared by crushing a boiled cock, four pounds of raisins, nutmeg, mace and half a pound of dates and throwing the crushed ingredients inside a canvas bag. The bag was placed in the ale and left there to steep for six or seven days. It was then bottled and kept still for a month, after which it was ready for consumption. Wikimedia Commons
15 of 16

Medieval dinner parties were spectacles in themselves. People liked to be amused at the table and so medieval chefs came up with the idea of serving live animals that appeared to be dead at first glance but that would then run off once served at the table. Take the live chicken for example – a chicken was plucked alive in boiling water and glazed which gave it the appearance of it having been roasted. When the chicken fell asleep in the kitchen, it was brought out onto the table along with other dishes. But just as the chicken was about to be carved it would make off down the table, leaving chaos in its wake. Similarly, live frogs would often be placed inside a pie. When the top of the pie was cut open, the frogs would leap out and spring down the table, causing as much alarm as laughter among the guests. Wikimedia Commons
16 of 16 Our eating habits have transformed drastically over the centuries in both the food we eat and the way we eat it. For example, most of us consider breakfast, lunch, and dinner vitally important meals that are not to be skipped if one can help it. Yet the Romans did not see it that way and stuck to only eating one big meal at noon. Anything else was seen as gluttony, and no one wanted to be a glutton.

This changed somewhat during the Middle Ages in that two meals a day – dinner at noon and supper in the evening – became the norm. Snacking was also quite common, albeit mostly among commoners and those performing manual labor.

According to some sources, breakfast was seen as a weakness and a form of gluttony by the church. But while upper classes could afford to skip breakfast, working-class men and women could not.

Interestingly, some sources suggest that during the Middle Ages, the church advocated that the whole household eat together which meant no separation between lords and ladies and servants during the meal. Of course, the rich were not so keen on this form of dining, and towards the end of the Middle Ages often sought privacy when eating their meals.

While medieval foods weren't so different from the meals we eat today – think bread, porridge, pasta and vegetables for the poor and meat and spices for the rich – the way it was prepared often differed greatly from the way we prepare our food today.

Indeed, if one flicks through a recipe book from the Middle Ages one may be alarmed by the dishes suggested. It seems that roasted swans, peacocks, cats, and hedgehogs were rather popular for the nobility.

Furthermore, seeing as entertainment options back in the day were certainly scarcer than today, people came up with innovative and unique ways of amusing themselves during dinner.

For instance, they had roasted peacocks adorned in their own feathers and "live pies," which consisted of pastry stuffed with live frogs, served to keep dinner guests delighted and entertained all night long.

Enjoy this look at weird medieval foods? After this, why not have a look at the most painful medieval medical procedures. Then, why not learn more about medieval knights.