Discover the most surprising medieval knights facts that go beyond the swords and the armor to reveal the truths that most people don't know. 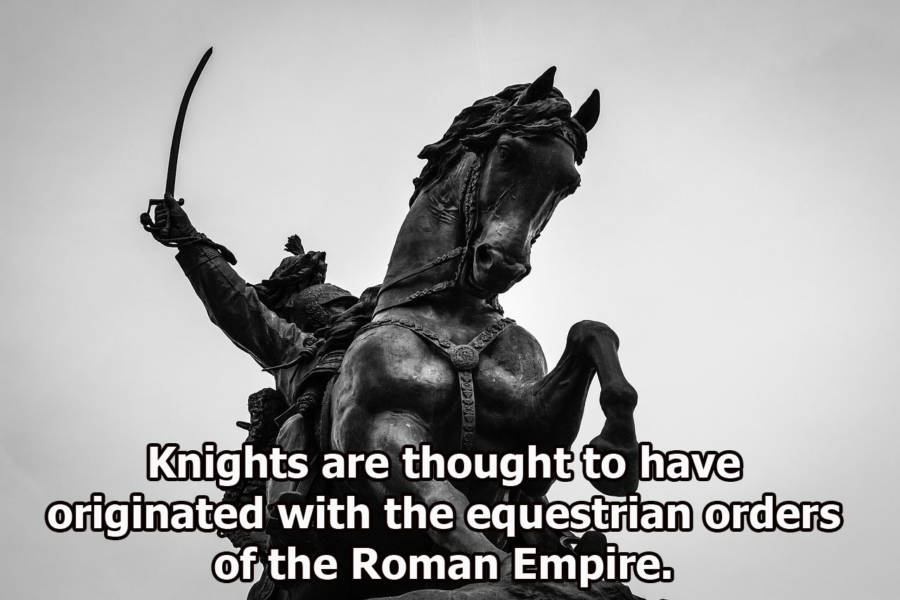 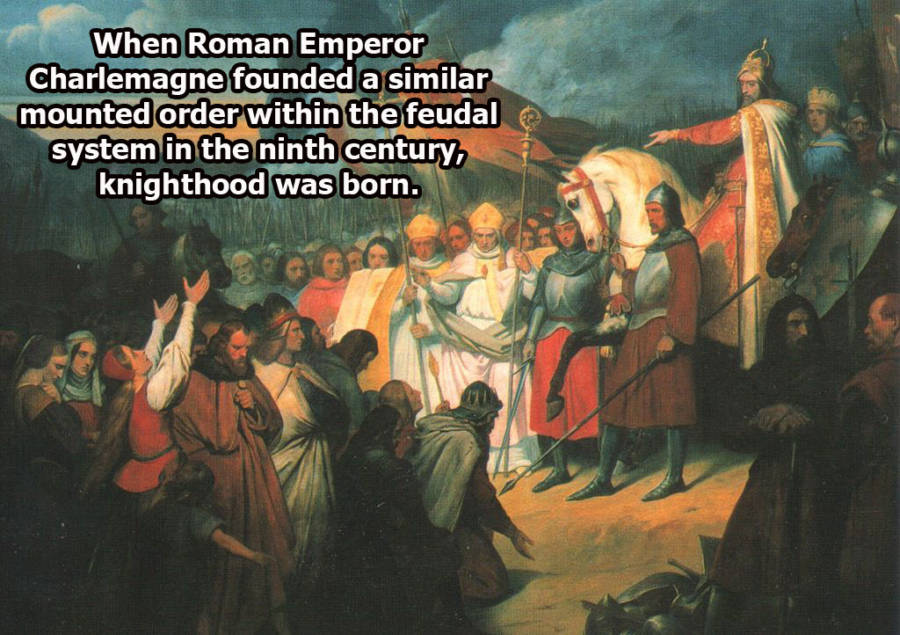 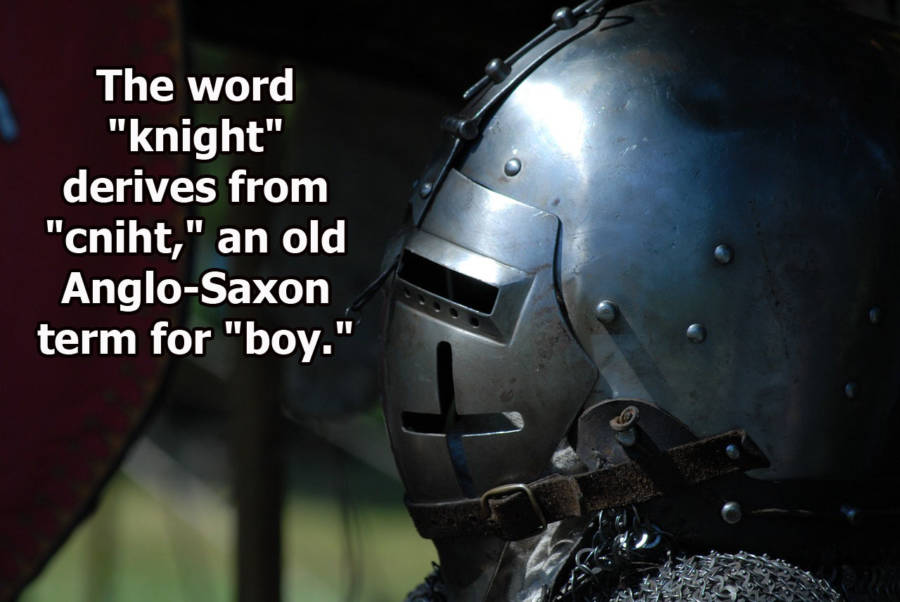 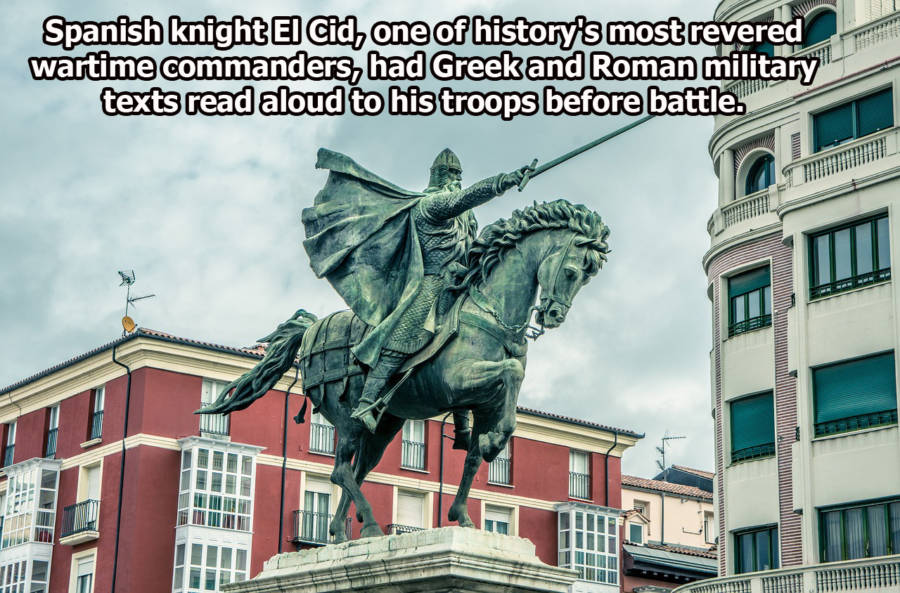 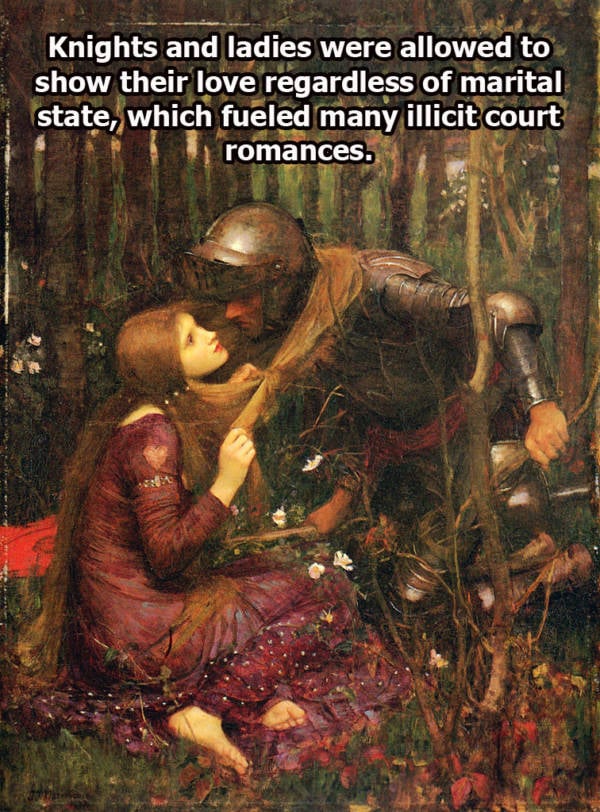 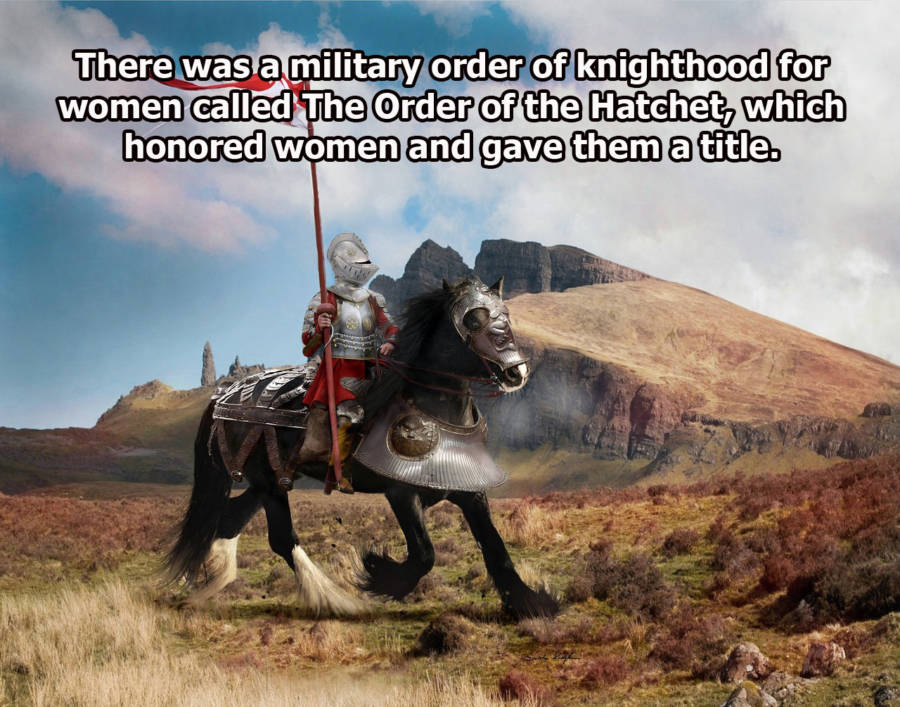 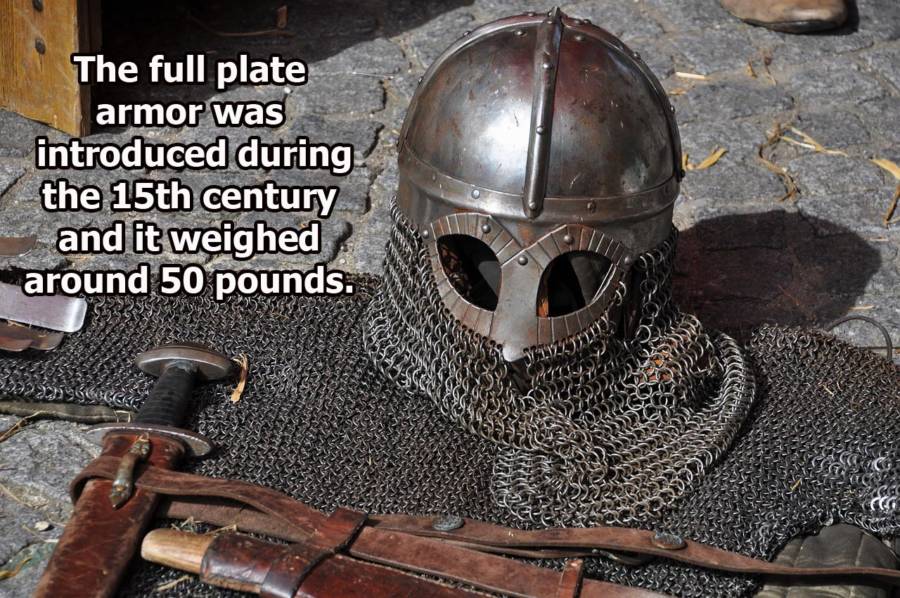 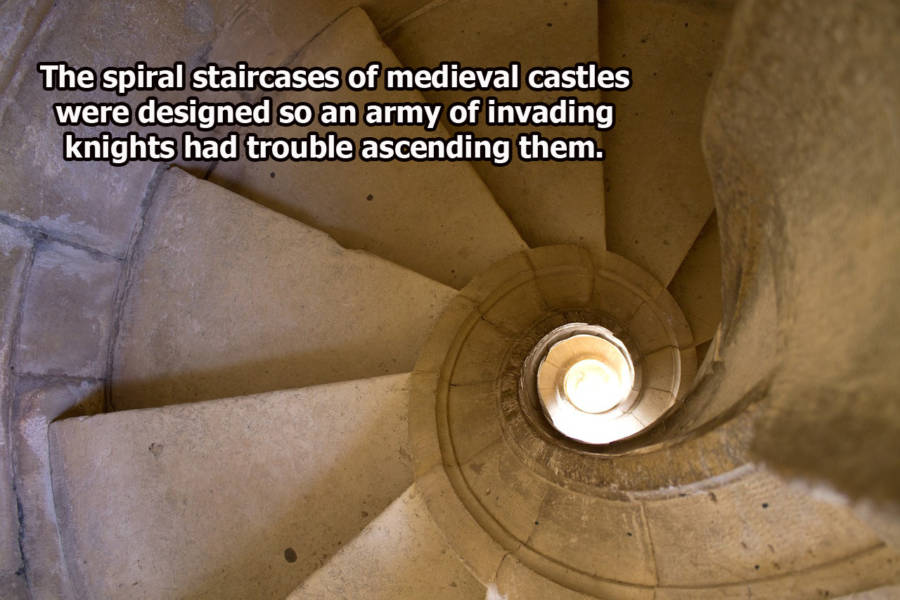 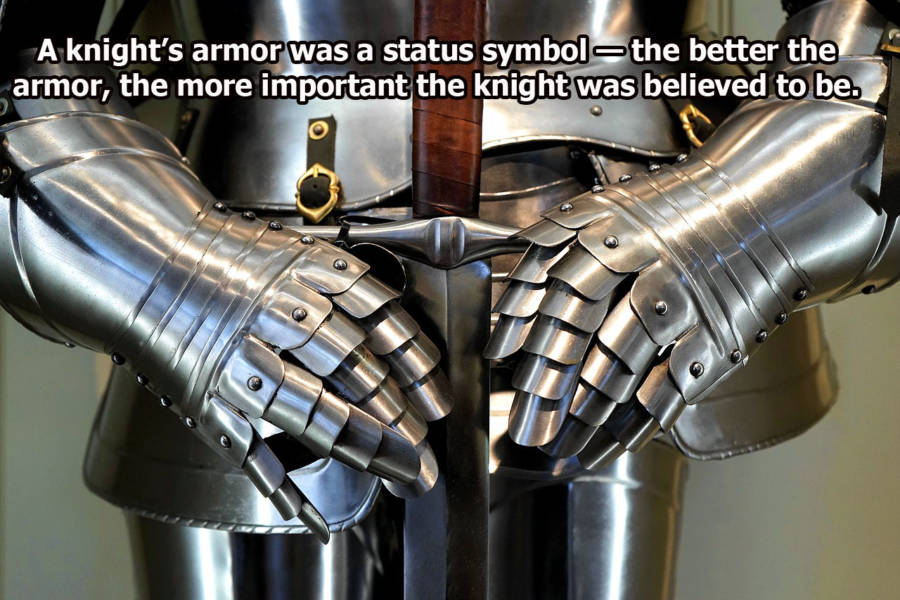 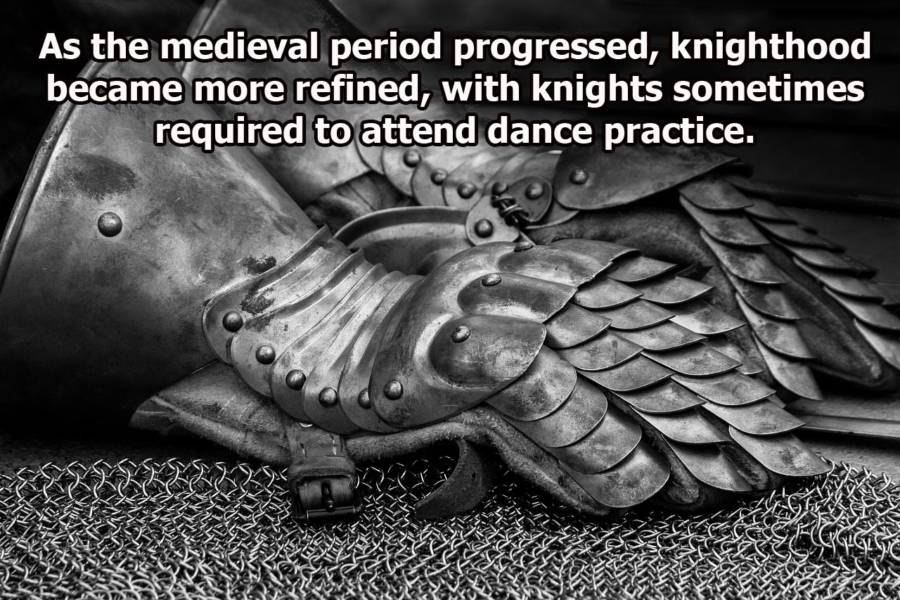 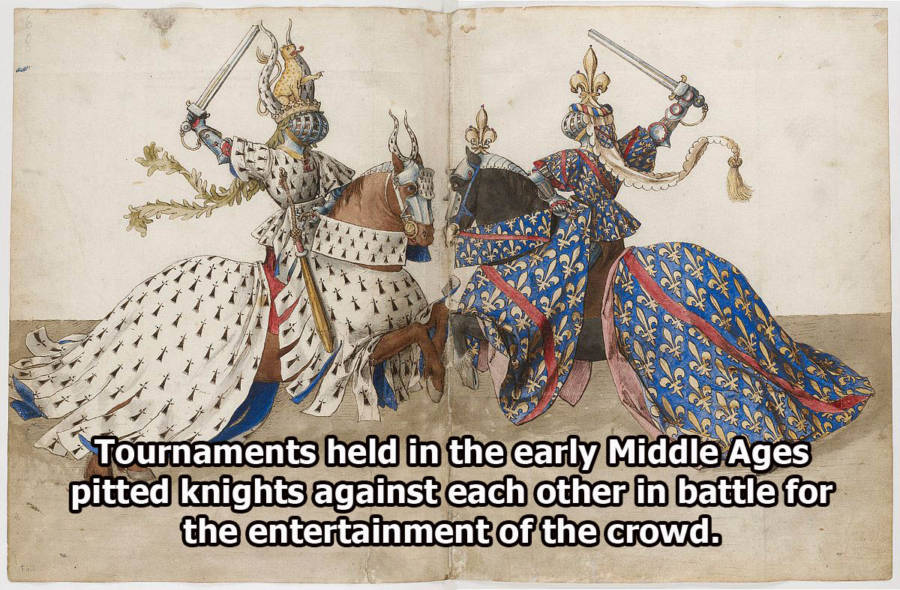 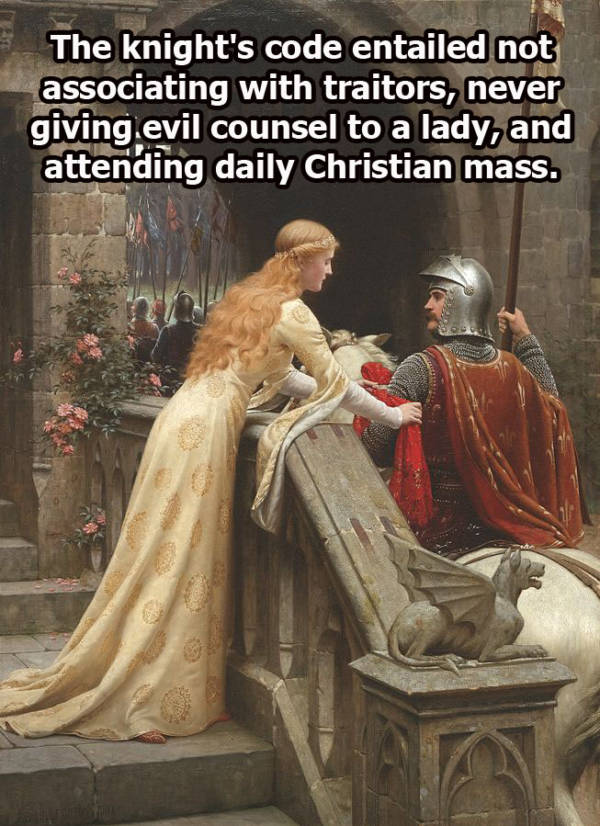 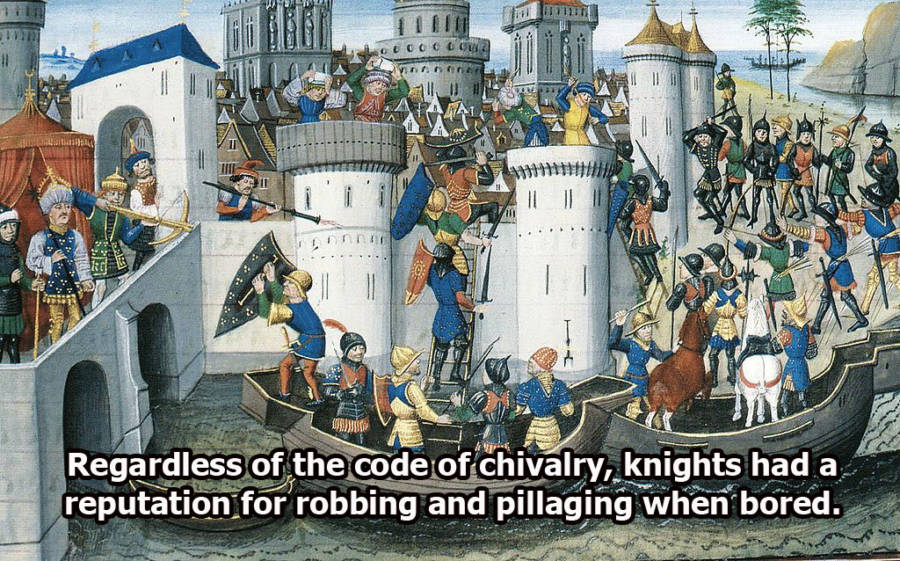 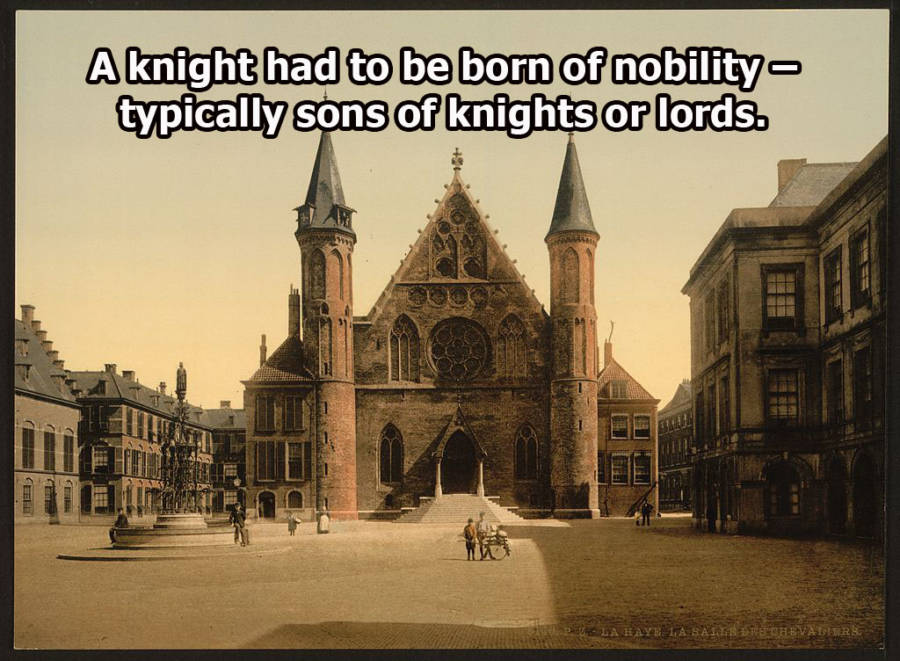 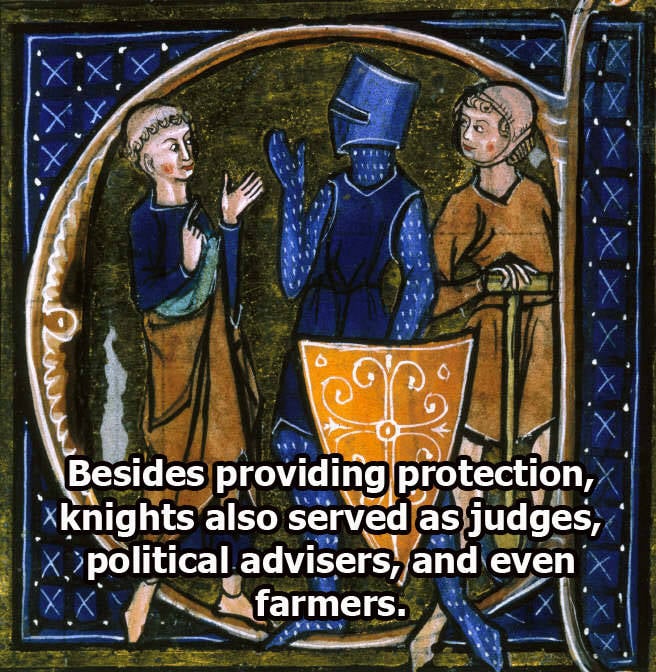 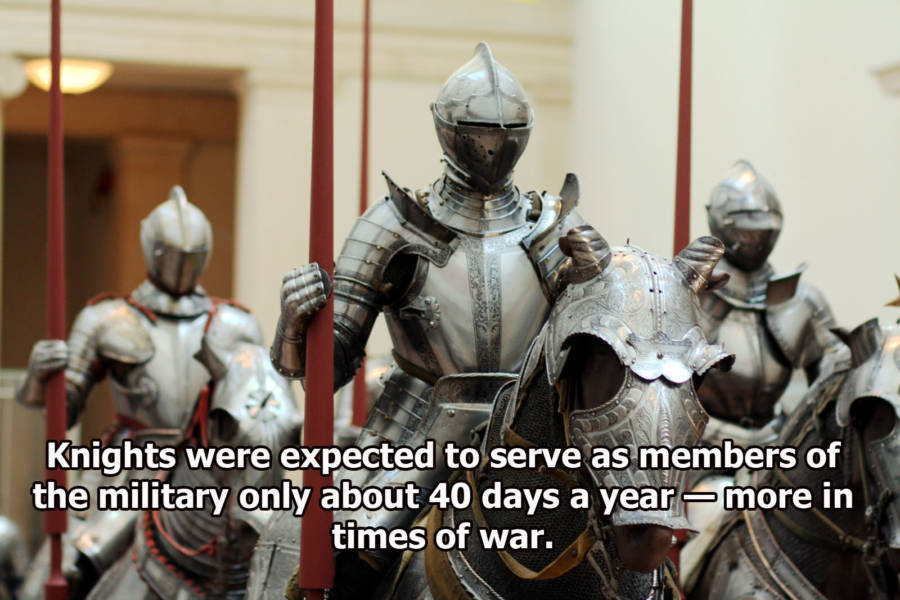 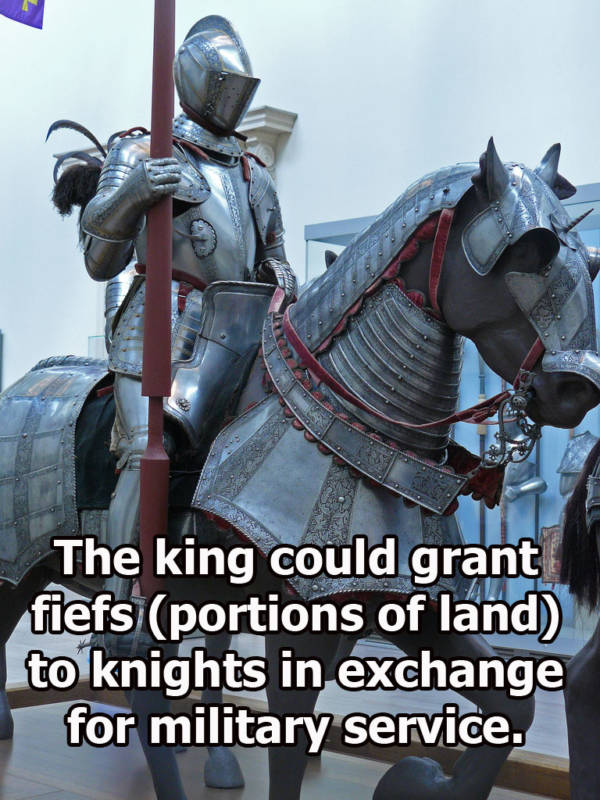 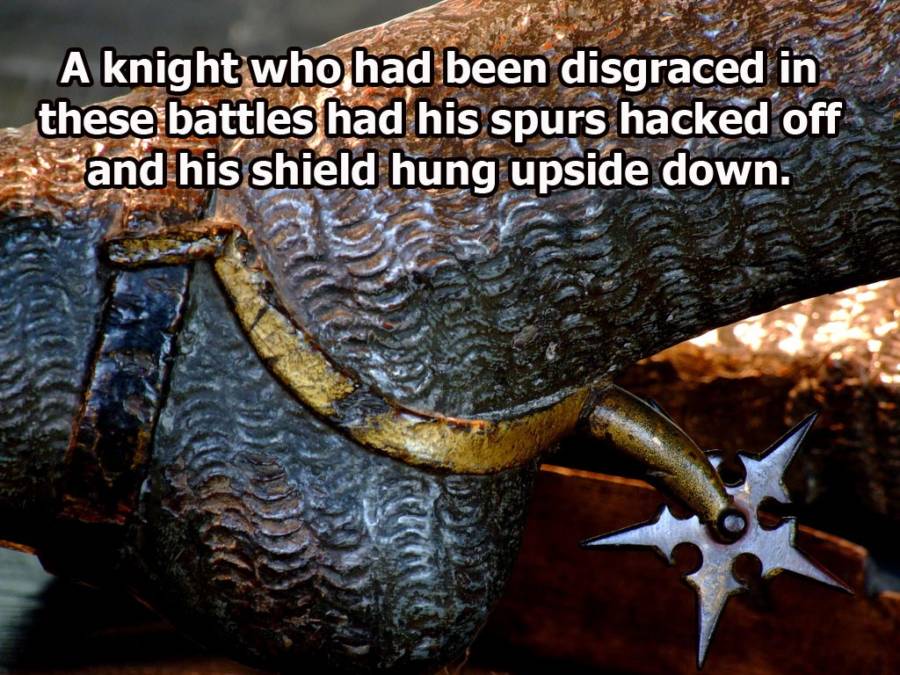 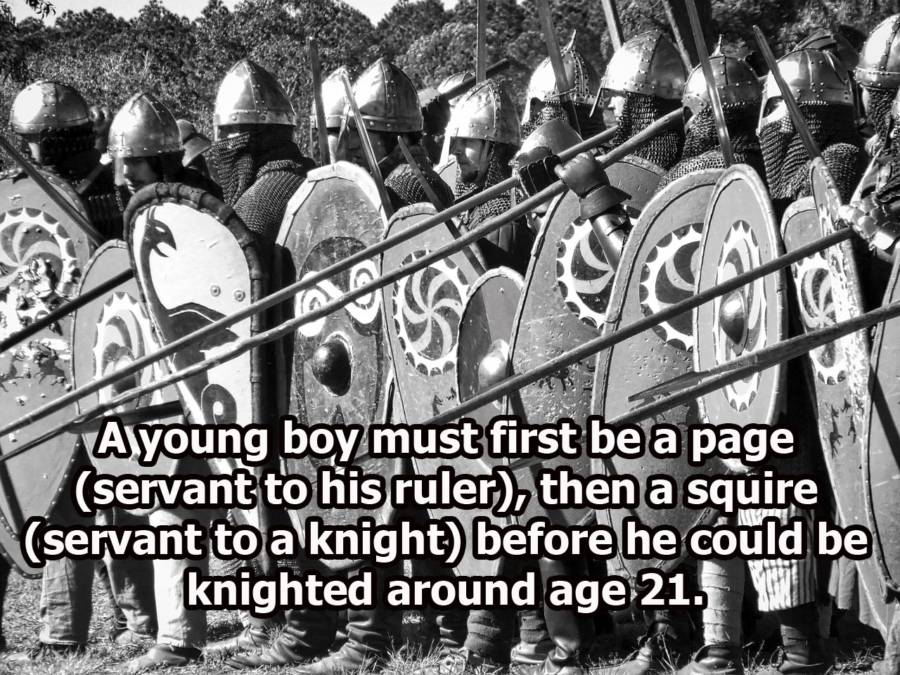 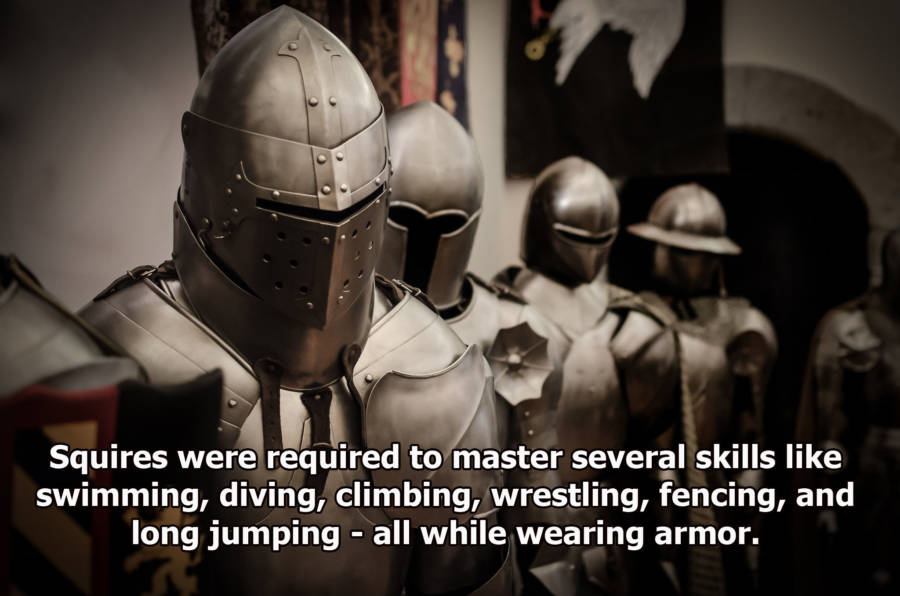 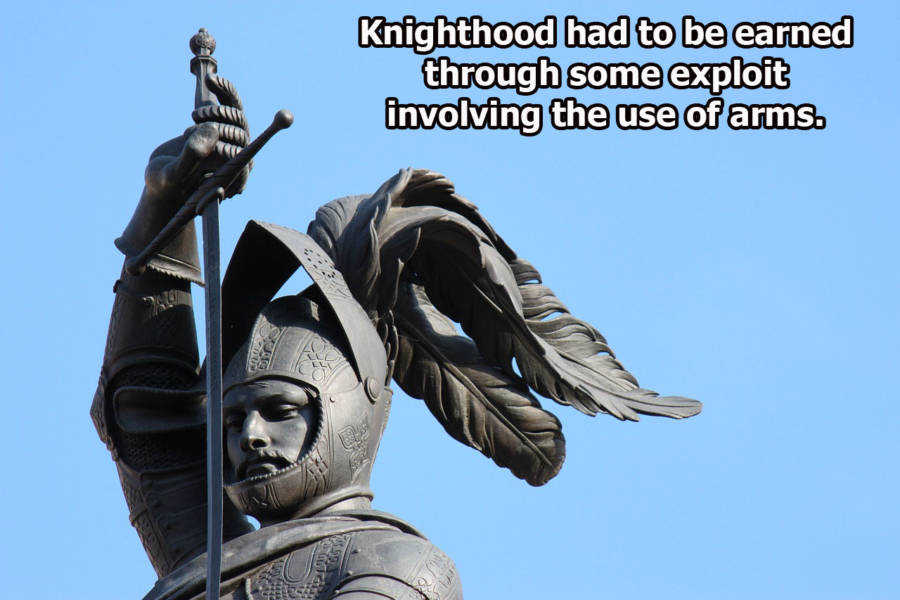 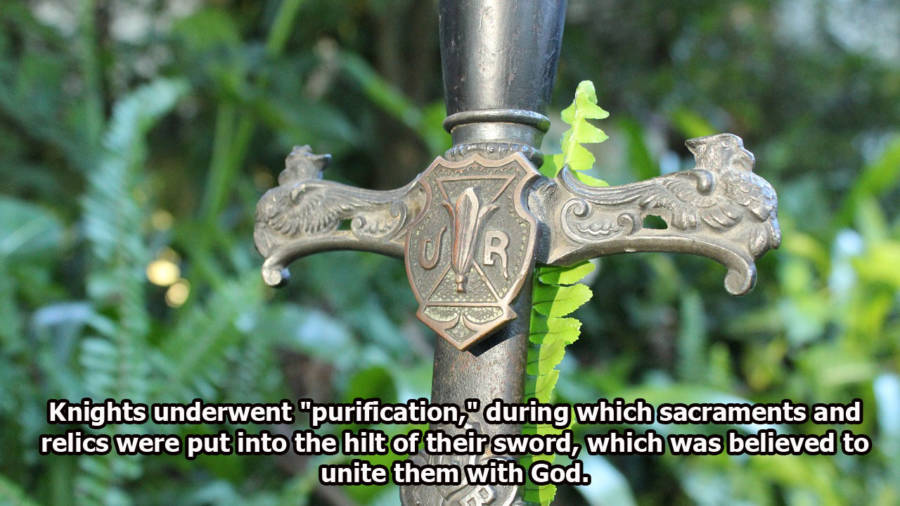 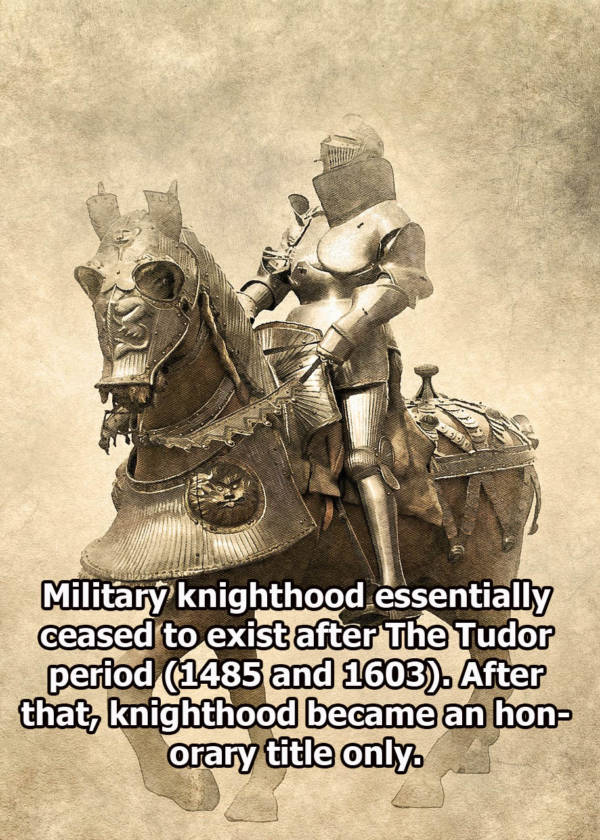 1 of 25
Knights are thought to have originated with the equestrian orders of the Roman Empire. Pixabay
2 of 25
When Roman Emperor Charlemagne founded a similar mounted order within the feudal system in the ninth century, knighthood was born. Wikimedia Commons
3 of 25
The word "knight" derives from "cniht," an old Anglo-Saxon term for "boy." Pixabay
4 of 25
Spanish knight El Cid, one of history's most revered wartime commanders, had Greek and Roman military texts read aloud to his troops before battle. Pixabay
5 of 25
Knights and ladies were allowed to show their love regardless of marital state, which fueled many illicit court romances. Wikimedia Commons
6 of 25
There was a military order of knighthood for women called The Order of the Hatchet, which honored women and gave them a title.Pixabay
7 of 25
The full plate armor was introduced during the 15th century and it weighed around 50 pounds.Pixabay
8 of 25
The spiral staircases of medieval castles were designed so an army of invading knights had trouble ascending them.Pixabay
9 of 25
A knight’s armor was a status symbol — the better the armor, the more important the knight was believed to be. Pixabay
10 of 25
As the medieval period progressed, knighthood became more refined, with knights sometimes required to attend dance practice.Pixabay
11 of 25
Tournaments held in the early Middle Ages pitted knights against each other in battle for the entertainment of the crowd.Wikimedia Commons
12 of 25
These battles included jousting and a dangerous meleé that was like actual combat.Wikimedia Commons
13 of 25
The knight's code entailed not associating with traitors, never giving evil counsel to a lady, and attending daily Christian mass.Wikimedia Commons
14 of 25
Regardless of the code of chivalry, knights had a reputation for robbing and pillaging when bored.Wikimedia Commons
15 of 25
A knight had to be born of nobility – typically sons of knights or lords. Wikimedia Commons
16 of 25
Besides providing protection, knights also served as judges, political advisers, and even farmers. Wikimedia Commons
17 of 25
Knights were expected to serve as members of the military only about 40 days a year — more in times of war. brad_t/Flickr
18 of 25
The king could grant fiefs (portions of land) to knights in exchange for military service.mharrsch/Flickr
19 of 25
A knight who had been disgraced in these battles had his spurs hacked off and his shield hung upside down. yersinia/Flickr
20 of 25
A young boy must first be a page (servant to his ruler), then a squire (servant to a knight) before he could be knighted around age 21. Pixabay
21 of 25
Squires were required to master several skills like swimming, diving, climbing, wrestling, fencing, and long jumping - all while wearing armor. vassallosalvatore/Flickr
22 of 25
Knighthood had to be earned through some exploit involving the use of arms.Pixabay
23 of 25
Knights underwent "purification," during which sacraments and relics were put into the hilt of their sword, which was believed to unite them with God.Pixabay
24 of 25
Military knighthood essentially ceased to exist after The Tudor period (1485 and 1603). After that, knighthood became an honorary title only.Pixabay
25 of 25 Being a knight during the medieval era might seem like a glamorous gig. However, the Middle Ages was an extremely violent time — and medieval knights did more than just protect castles. Modern-day romanticizations aside, being a knight was highly hazardous, even with the protection of full body armor.

Imagine attending grueling, on-the-job training for 12 (or more) years just for the privilege of heading to war. Sure, the perks of prestige, acquiring free land, and getting cozy with married ladies were probably nice. But knights endured a great amount of sacrifice to reach their status — and often lost their lives.

Granted, medieval knights had it much easier in times of peace than they did in times of war. But with a new religious Crusade starting up about every five minutes back then, there wasn't a lot of free time for knights to spend rescuing damsels in distress.

Nevertheless, after you did fulfill your military responsibilities for the year, chances are you'd just be left alone for the rest of the year to go tending to your free land (when not governing all the peasants that live on it). Perhaps you'd dabble in politics. You'd probably still be going to church a lot. Maybe do some light hunting.

Still, many boys born into the noble bloodline of lords or knights put themselves through an immense amount of trouble to gain these titles. The knighthood meant you'd have basically a normal life with a few great perks to balance the danger that came with the job.

But life was shorter and a little more black-and-white in the Middle Ages. It was apparently more important to die a hero for your cause than to live a few more years as a peasant.

See more in the gallery of medieval knights facts above.