What Did People Actually Eat In Medieval Times?

Medieval people drank almond milk before it was trendy. 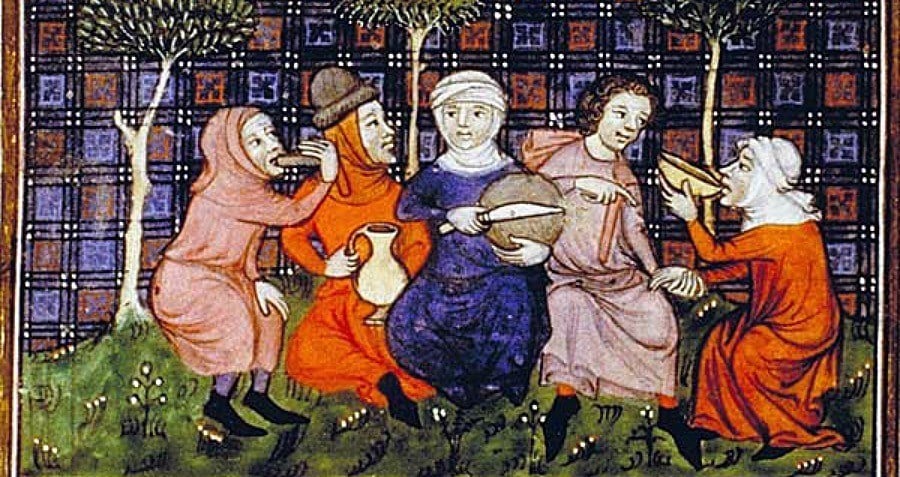 In a time before licensed dietitians and Instagram-famous fitness-gurus, there was the Regimen Sanitatis Salernitanum, a poetic scripture that doctors designed for English royals.

It served as one of the most popular European feeding guides for nearly six centuries and included odd antidotes for various maladies, such as using leeks to increase fertility or to stop nosebleeds, depending on exactly what you were dealing with at the moment.

Despite this ill-advised doctrine of remedies, it’s been said that Medieval food was healthier than our own, thanks to the same absence of refined sugar that left the teeth of cavemen in pristine condition. Even a Medieval peasant’s carbohydrate-rich daily meals rate high when compared to modern nutritional standards, due to clean protein sources such as peas, lentils, and fish.

That’s not to say that Medieval food was all nutritional smooth sailing, though. Uncontrollable circumstances such as the weather would often result in poor harvests and low food availability, but the people made do with what resources they had. So what did Medieval food look like for the average person?

Most people would probably consider a diet consisting heavily of grains, beans, and meat to be common fare among those alive in the Medieval era, and they wouldn’t be wrong to assume as much. Bread served as an effective and affordable source of calories, an important thing to consider for a Medieval peasant who might have a long 12-hour day on their feet to look forward to.

Bread was so important, in fact, that commercial bakers formed self-regulating co-ops called guilds, which required a payment of dues in exchange for various forms of protection, including insurance, and guaranteed low prices on raw materials.

Relying mainly on rye, barley, and oats as their primary crops, a well-to-do peasant might even eat up to three pounds of grain in a single day, often in the form of porridge, loaf, or even cooked down into an ale — an easy, and enjoyable, way to add an extra 1,500 calories to any meal. 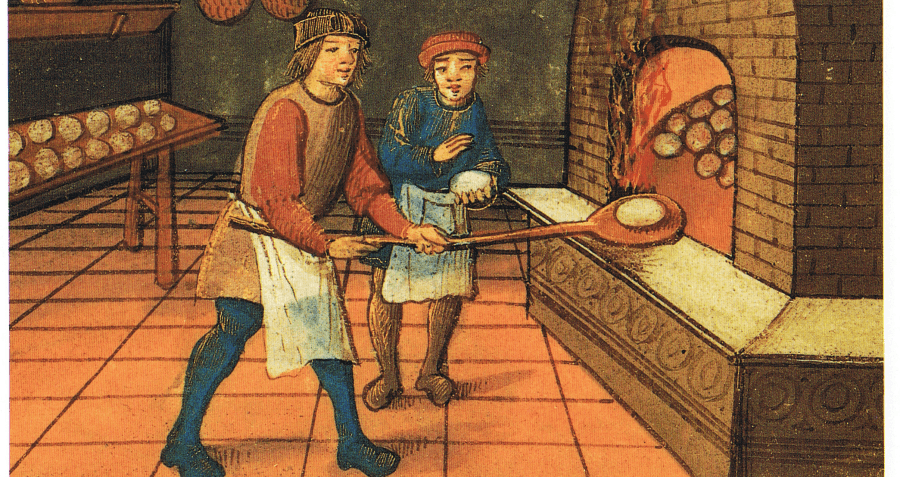 Following the widespread cultivation of legumes in the tenth century, the addition of beans to the average diet afforded even the poorest of workers a chance to add vital bits of protein to their daily nutritional routines.

As these mighty sprouts were cheap and easily accessible, they resulted in a stronger workforce which produced not only more manual output but offspring as well. In only a few hundred year’s time, the population of Europe doubled in size, a feat credited heavily to the various beans of Medieval times.

Despite the beans’ prevalence in Medieval society, meat still made for the protein source of choice, though it was not always readily available to many, especially the very poor. Even for the rich, however, meat was not always abundant, and so those around in the Medieval era would essentially settle for whatever meat they could get: usually birds such as swans, cranes, and peacocks; and fish and sea mammals, like whales, seals, and even porpoise.

Suckling pig was considered the ultimate delicacy among all Medieval food, and holidays typically involved a feast of umble pie, a meat pie composed of the entrails of a deer or wild game. Whatever the type of meat that used, every dish was improved by a generous dash of spices, mainly clove, cinnamon, and nutmeg. 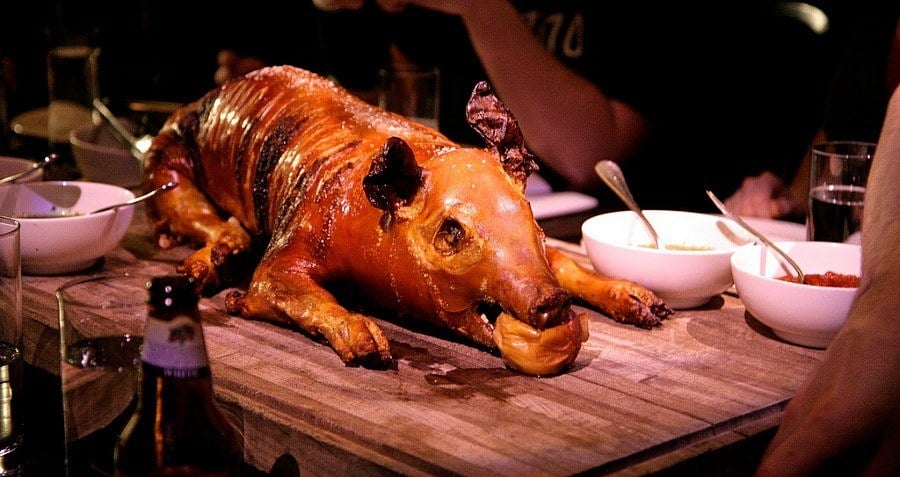 In addition to these staple sources, Medieval food did resemble ours in ways that many probably wouldn’t assume. The use of plant-based milk sources is a fairly new occurrence in Western culture, although the trendy variety of the moment, almond, was actually quite commonly used in the Medieval era.

Initially created as an alternative to animal’s milk during church-declared days of fasting, the milk — along with almond and walnut butter — made for an inexpensive and practical option thanks to its long, no-refrigeration-necessary, shelf-life.

And perhaps the most surprising aspect of Medieval life? The streets of Europe weren’t without their neighborhood fast food joint. While certainly not featuring a menu consisting of burgers, fries, or comically over-sized fountain soda options, the Medieval era did have its own form of fast food-type establishments which usually served ready-to-eat breakfast fares such as pancakes and wafers, and small meat pies one could easily eat on the go.

Unlike modern fast-food restaurants, which cater to convenience, the eateries of Medieval times were born out of necessity, often feeding artisans and the urban-dwelling poor whose homes (read: single rooms or shacks) were usually not equipped with cooking facilities.

After this look at Medieval food, read on to find out why the Medieval era was perhaps one of the worst times to live. Then, take a look at this roundup of the most unbelievably gross foods from around the world.