Many regard Sylvia Plath as one of the 20th century's finest -- and darkest -- poets. Here are some aspects of her life you might not already know about. 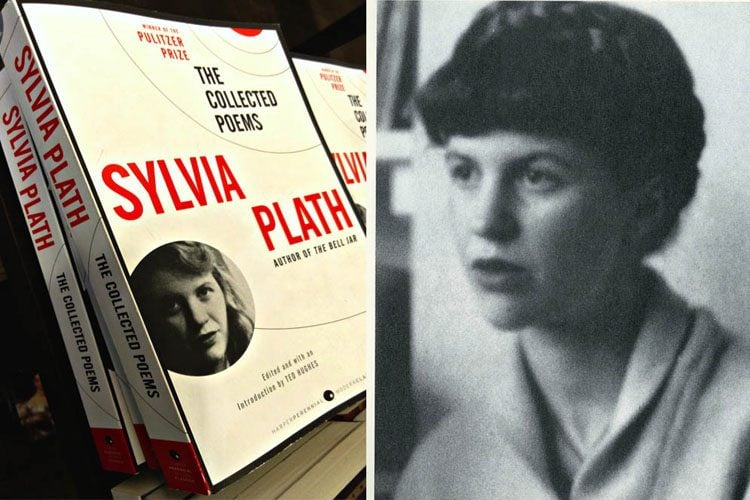 Maybe you read The Bell Jar in high school or college, the grim tale which chronicles a young woman’s coming of age and which author Jeanette Wilson has described as “a call to action because it is a diary of despair.”

Even if you haven’t read Plath’s words, her life — particularly her painful marriage to poet Ted Hughes and her eventual suicide — has made her something of a cultural icon, placing her alongside other dark, brilliant female authors such as Virginia Woolf, Mary Shelley, and Emily Dickinson.

We can’t know if Plath’s poetry struck such a lasting chord because of depression’s effect on her — or in spite of it. What we can do, however, is attempt to understand the intricacies of her life that may have shaped her world, and her decision to leave it.

Here are eight fascinating Sylvia Plath facts you might not already know:

She had her first poem published at eight years old

Plath lived in Winthrop, Massachusetts at the time that her first poem — simply named “Poem” — appeared in the Boston Herald in 1941. Plath had many more pieces published in local newspapers and periodicals, and at age 11 her mother encouraged her to keep a journal, which contained artwork as well as poetry. Plath, also recognized for her talent in visual art, won a Scholastic Art & Writing award.

She repeated the 5th grade 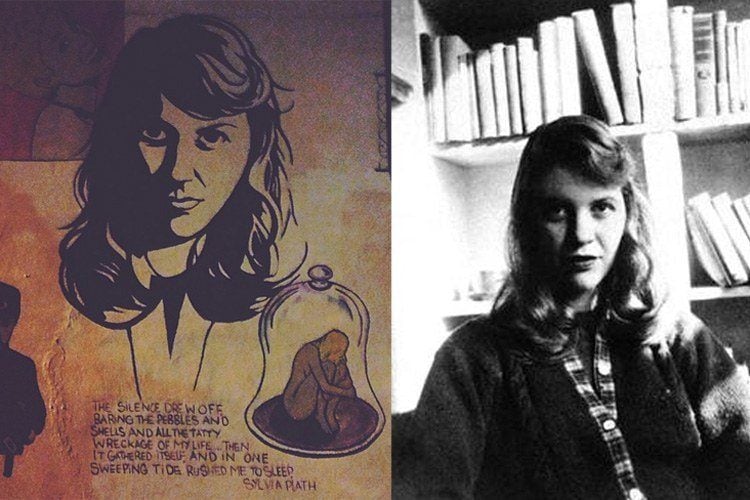 In spite of her 160 IQ (recorded at age 12), Plath repeated fifth grade. This decision came after her family moved from Winthrop to Wellesley, Massachusetts, and wanted Plath to attend class with children her own age.

Repeating a grade seemed to have no negative effect on her future academic career. Plath excelled in college, even if her personal life would soon unravel.

She was assaulted on a blind date

A passage in the Unabridged Journals of Sylvia Plath recalls a terrifying blind date Plath had during her first year at Smith College, a date which could have inspired her short story “A Brief Encounter.”

Though the date seemed to go fine at first, with Plath and her date — whom she calls “Bill” — leaving the restaurant for a walk, Bill then told Sylvia that, “I want you to be mine, all mine,” and pushed her down into a pile of pine needles. She struggled and Bill eventually relented.

The journal entry goes on to declare, “You know that you won’t go out with him again if he asks. But you will never take a walk. You will never be alone. And you hate him because he has deprived you of that: – – walks and aloneness.” 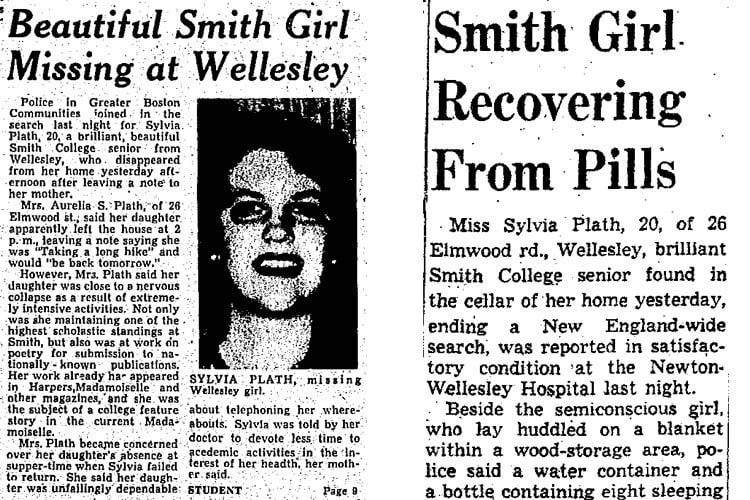 Plath’s first brush with suicide took place after her third year at Smith College – the volatile time that inspired her semi-autobiographical novel, The Bell Jar. Plath had missed an opportunity to meet the writer Dylan Thomas, and was so distraught that she cut up her legs to see if she was “brave” enough to commit suicide.

A few weeks later, she nestled into the crawlspace underneath her mother’s home and took an excessive amount of sleeping pills. Surviving this event, she would also live through a “one-person car accident” in 1962 that would find her car in a river.

The event came the same month Plath discovered that her husband Ted Hughes was having an affair with aspiring poet Assia Wevill. Plath later admitted to police that the accident was an attempt to take her own life.

She suffered from extreme paranoia regarding her teaching abilities

After her time as a college student wrapped up, Plath accepted a teaching position at her alma mater, Smith College, in 1957. As Plath’s status at Smith changed, so too did her view of it: Plath did not find the teachers she once admired to be quite the same as co-workers.

The job also left little time for her poetry. She told no one about it except her journal; and by November of that year, she left the world of academia to focus on writing.

Nicholas Farrar Hughes was only a year old when his mother took her own life in 1963. He then grew up under the care of his father, developing a passion for wildlife.

He would go on to receive a Ph.D in Biology from the University of Alaska at Fairbanks and become an expert in stream salmonid ecology. He continued working for UAF until 2006.

Three years later, at age 47, he hanged himself during a bout of depression.

…As did Assia Wevill, Hughes’ lover — and by the same method as Sylvia 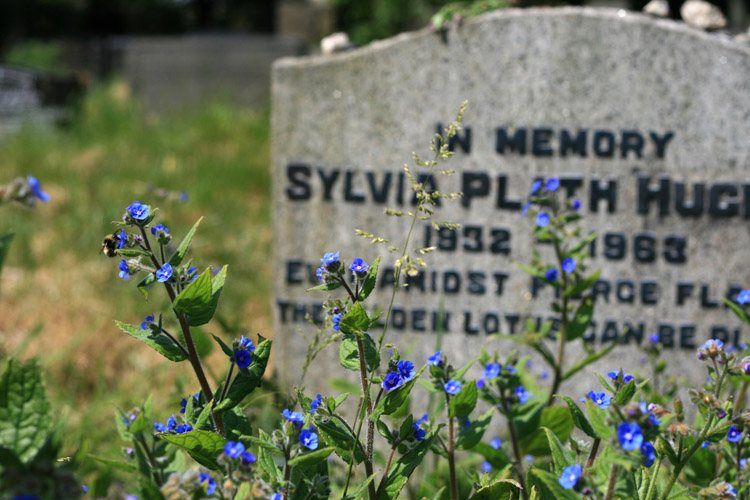 The German-born Wevill met Hughes when he and Plath rented out their London apartment to her and her husband at the time. Wevill and Hughes became enamored with each other and had an affair that many believe caused the ultimate undoing of Plath, who found out and separated from Hughes in September of 1962.

After Plath’s death in early 1963, Wevill and Hughes lived together. She helped care for his children – and her own daughter Alexandra, who many believed belonged to Hughes.

Wevill was allegedly haunted by Plath’s death, and in what was likely an extension of that obsession, gassed both herself and four-year-old Alexandra in the kitchen of their home in 1969. 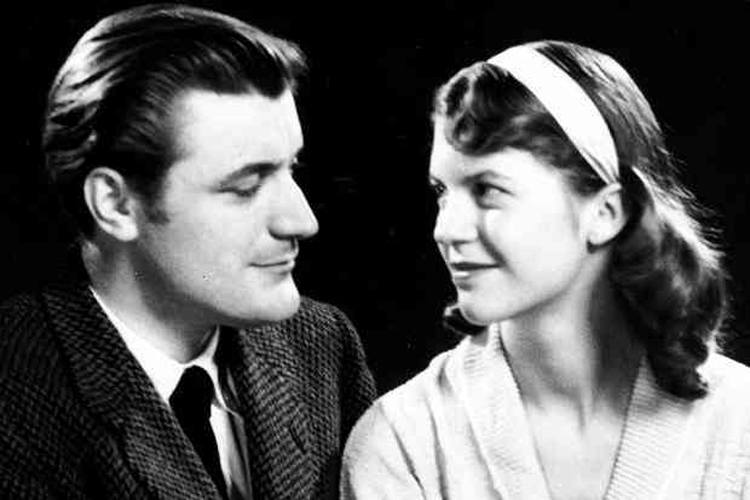 In the foreword of Plath’s book Ariel, her daughter Frieda writes of her father, “He told me many years later that, despite her apparent determination, he thought my mother might reconsider. ‘We were working towards it when she died.’”

Frieda has been outspoken in her critiques of the commercialization of her mother’s suicide – largely in regard to the 2003 film Sylvia starring Gwyneth Paltrow.

As the literary executor of Plath’s estate, Frieda forbade the film’s producers from using any of her mother’s poetry in the movie. She even wrote her own poem about her disdain of the film’s existence, which includes this telling verse:

After these interesting Sylvia Plath facts, brush up on your knowledge of Mary Shelley, the author of Frankenstein.