Head In The Clouds: The 15 Tallest Buildings In The World

In the ever-changing global skyline, architects and urban planners are always vying for the distinction of erecting the world’s tallest building. The list seems to fluctuate daily, as big cities around the world strive for that architectural design that will put them at the top of the list, however fleeting its place there may be.

After holding the top position for 40 years, the Empire State Building has now fallen to 25th on the list. Here are (currently) the 15 tallest buildings in the world: 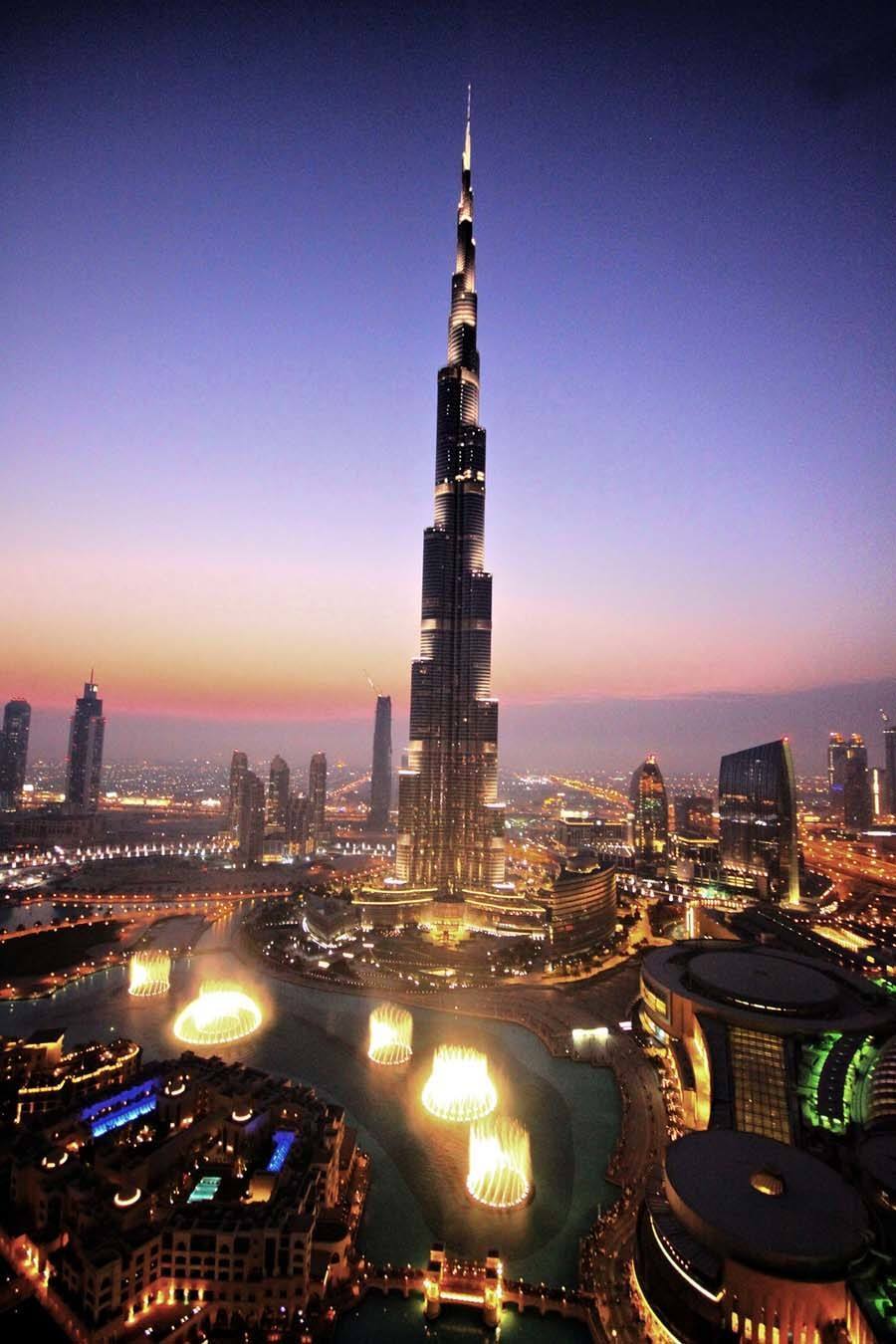 The Burj Khalifa Tower in Dubai is (as of this moment) the world’s tallest building. Coming in at an astounding 2,722 feet tall, it amazes all who see it as it reaches nearly a half mile into the Dubai sky.

Holding the record as the tallest artificial structure in the world, the building was redesigned several times during construction to increase the final height and ensure that it would be the record holder upon completion. The impressive structure is the current holder of 18 world records – including most floors (163 of them), and the world’s highest observation deck (at 1,821 feet above ground level). 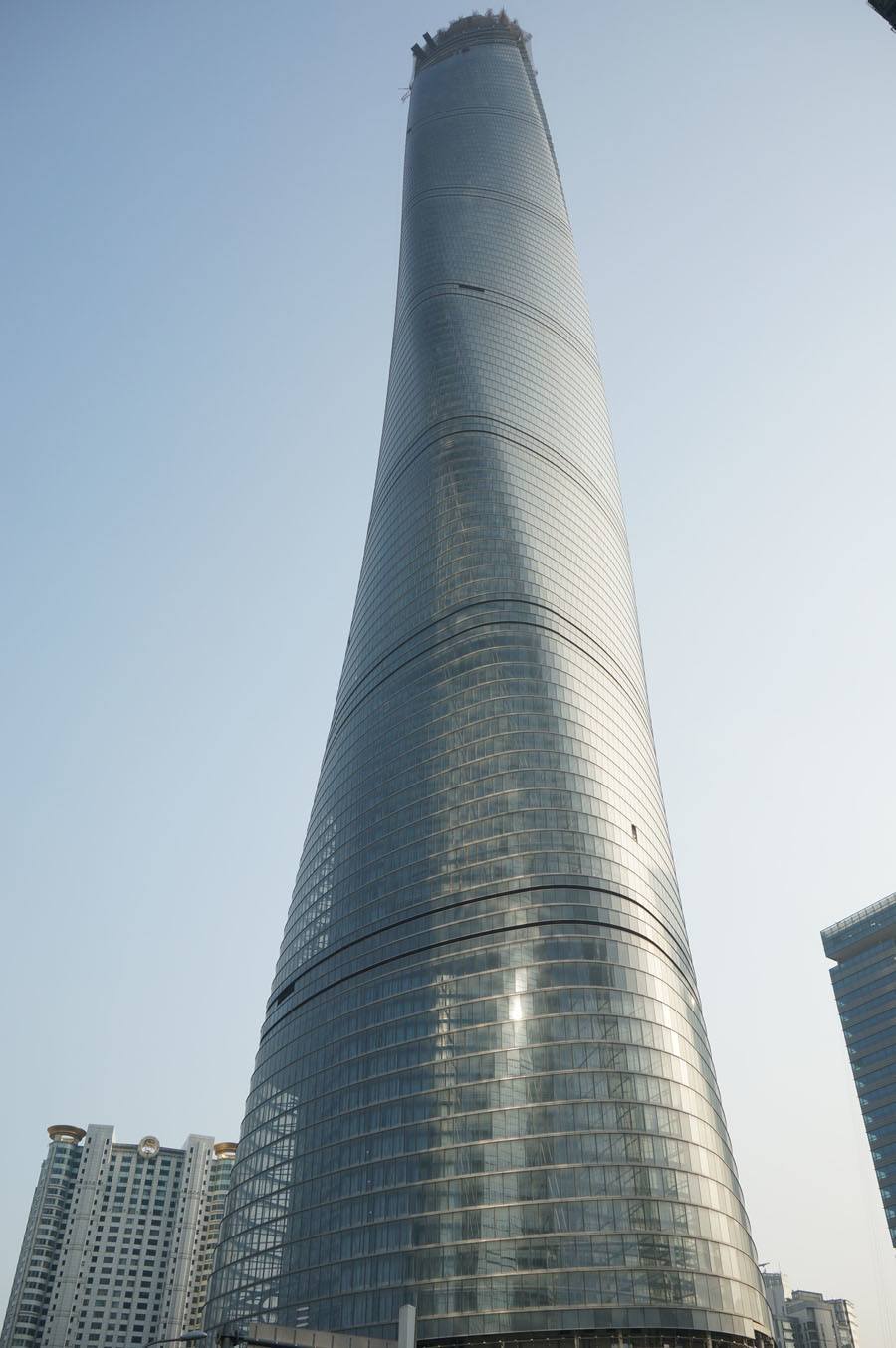 The Shanghai Tower is a mega-skyscraper still under construction in Shanghai, China. At 2,073 feet and 121 stories tall, the tower is currently the highest structure in China; that title, however will be overtaken upon completion of the Ping An Finance Centre (2,170 ft.) when it opens in 2016. The Shanghai Tower is scheduled to be opened to the public sometime in the summer of 2015. 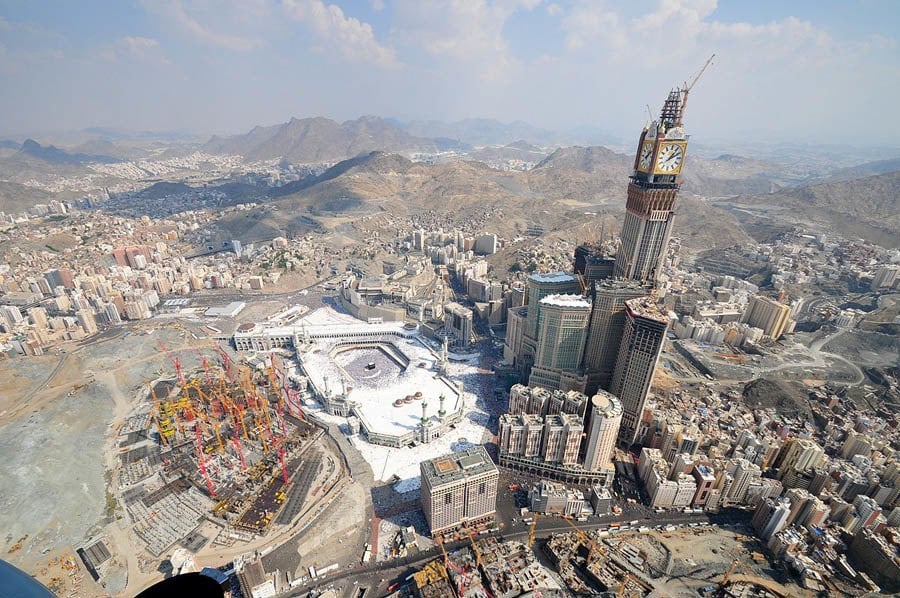 The Abraj Al-Bait Towers, also known as the Mecca Royal Hotel Clock Tower, takes the bronze medal with a height of 1,972 feet. Arguably the defining feature of Mecca, Saudi Arabia’s skyline, the structure stands just feet from the world’s largest mosque and also Islam’s most holy site- the Masjid al-Haram. The clock tower itself also houses a five-star hotel that helps provide lodging for the millions of worshipers that travel to Mecca annually. 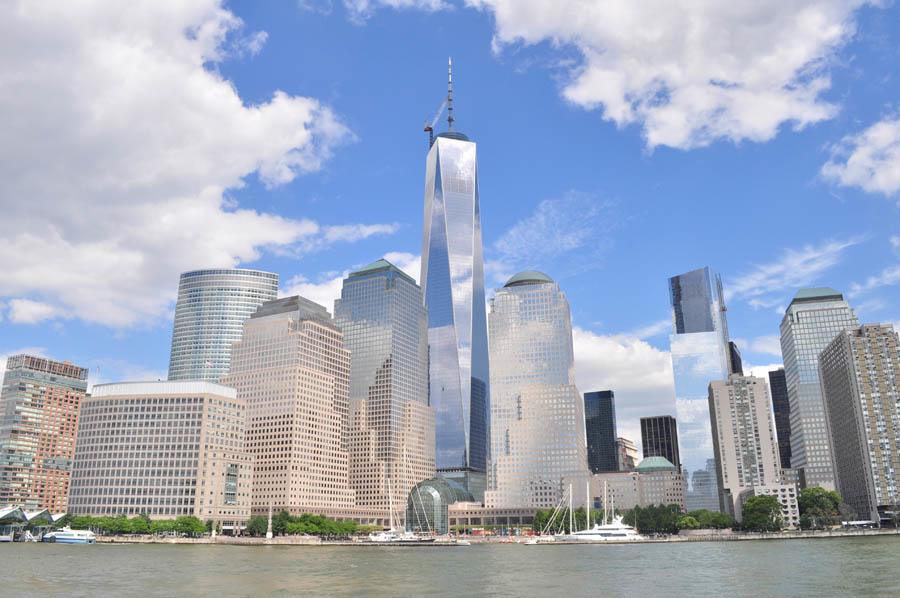 Also known as the Freedom Tower, One World Trade Center in New York City is the tallest skyscraper in the Western Hemisphere. The building’s total completed height including the spire is 1,776 feet – symbolic of the year in which the American Declaration of Independence was signed. Sitting atop Ground Zero of the Twin Tower tragedy, One World Trade Center is a symbol of American resilience. 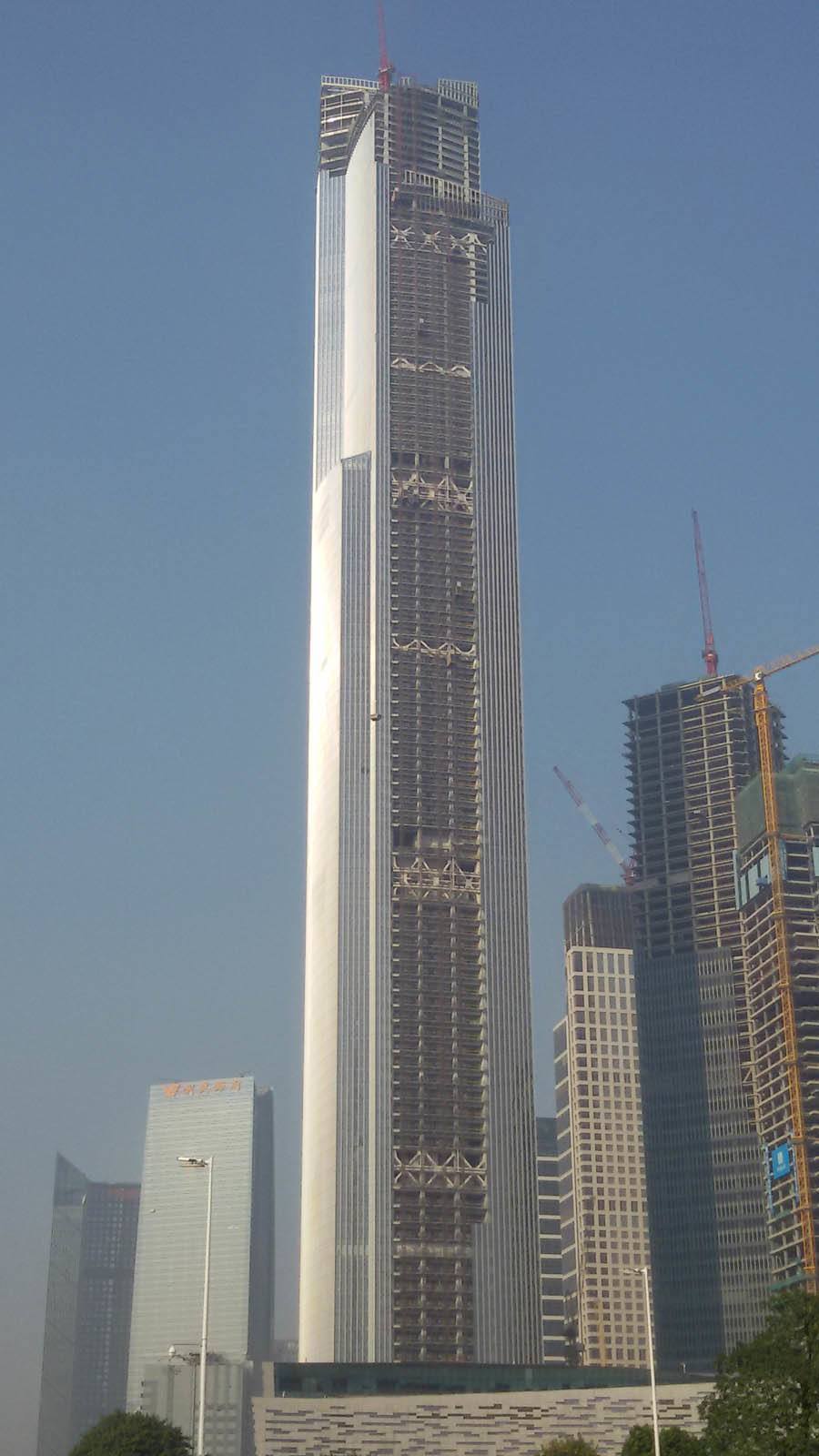 The CTF Finance Centre, also known as Guangzhou East Tower, is under construction and will be the second of the Guangzhou Twin Towers. Upon its 2016 completion, it will stand 1,740 feet tall, with 111 floors. The tower has currently been ‘topped out’, which means that the final beam has been placed atop the structure and officially makes it the fifth tallest building in the world. 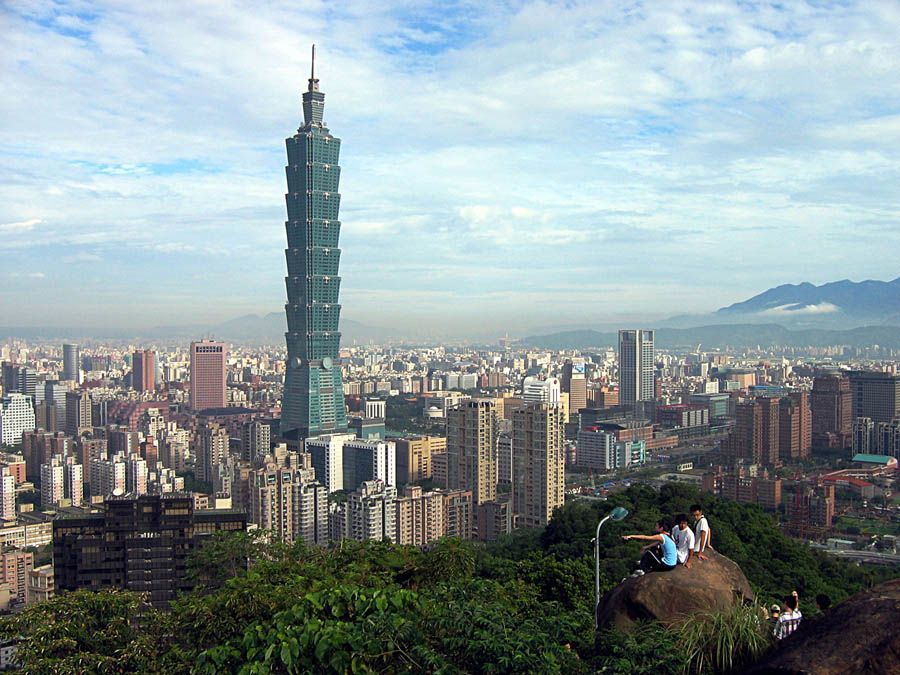 Taipei 101, formerly known as the Taipei World Financial Center, is a landmark in the Xinyi District of Taipei, Taiwan. The structure held the title of world’s tallest building upon its 2004 completion–that is, until the opening of the Burj Khalifa in 2010.

Taipei 101 is designed to withstand the typhoon winds and earthquake tremors common in that area. The skyscraper’s blue-green glass curtained walls are double paned and glazed, offering heat and UV protection sufficient to block external heat by 50 percent, which makes the structure the tallest ‘green’ building in the world. 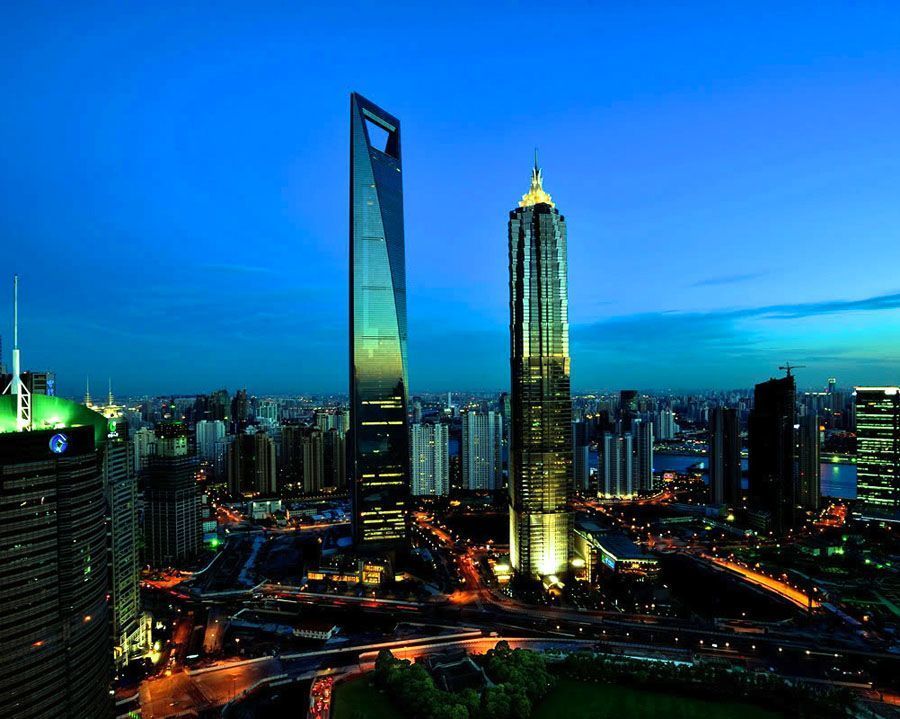 The Shanghai World Financial Center held the record for tallest building in mainland China before being passed by the neighboring Shanghai Tower. These two buildings (combined with the Jin Mao Tower) form the world’s first adjacent grouping of three supertall skyscrapers. Topping out at 1,614.2 feet and 101 floors, the mixed-use skyscraper consists of offices, hotels, conference rooms, observation decks, and ground-floor shopping malls. 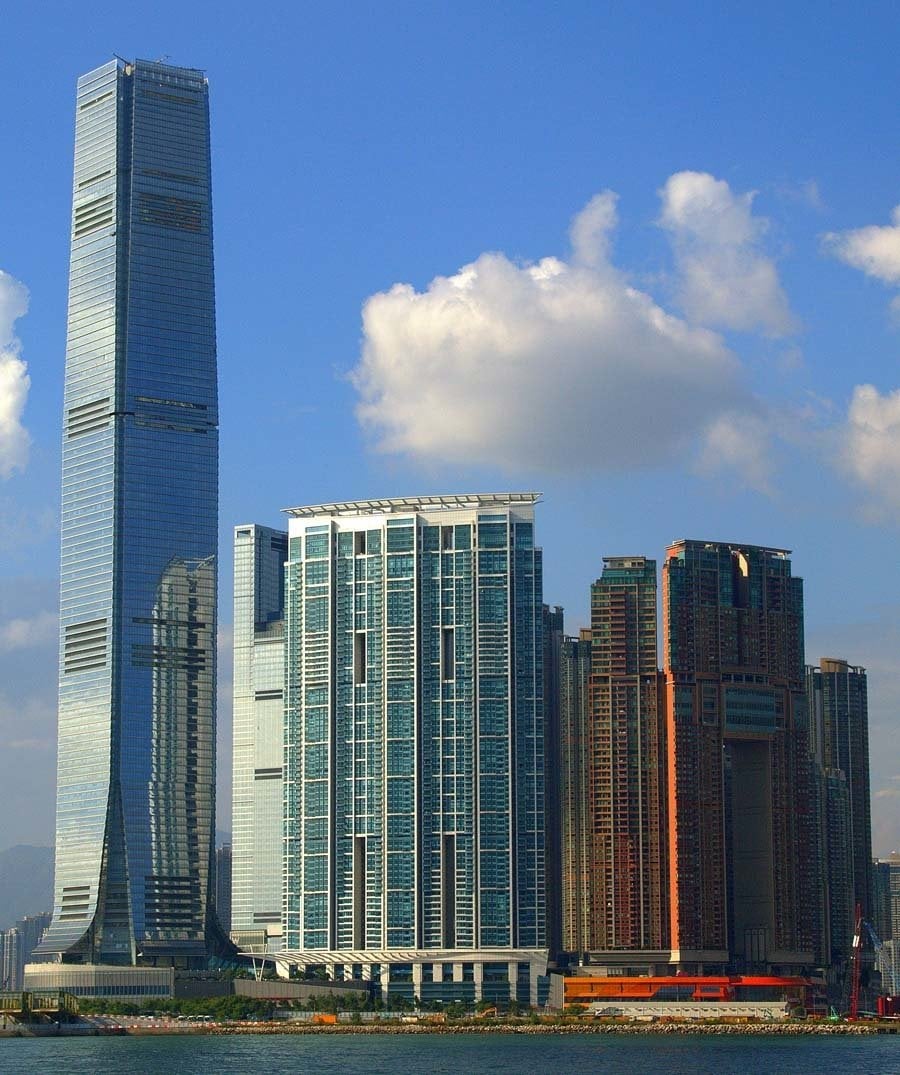 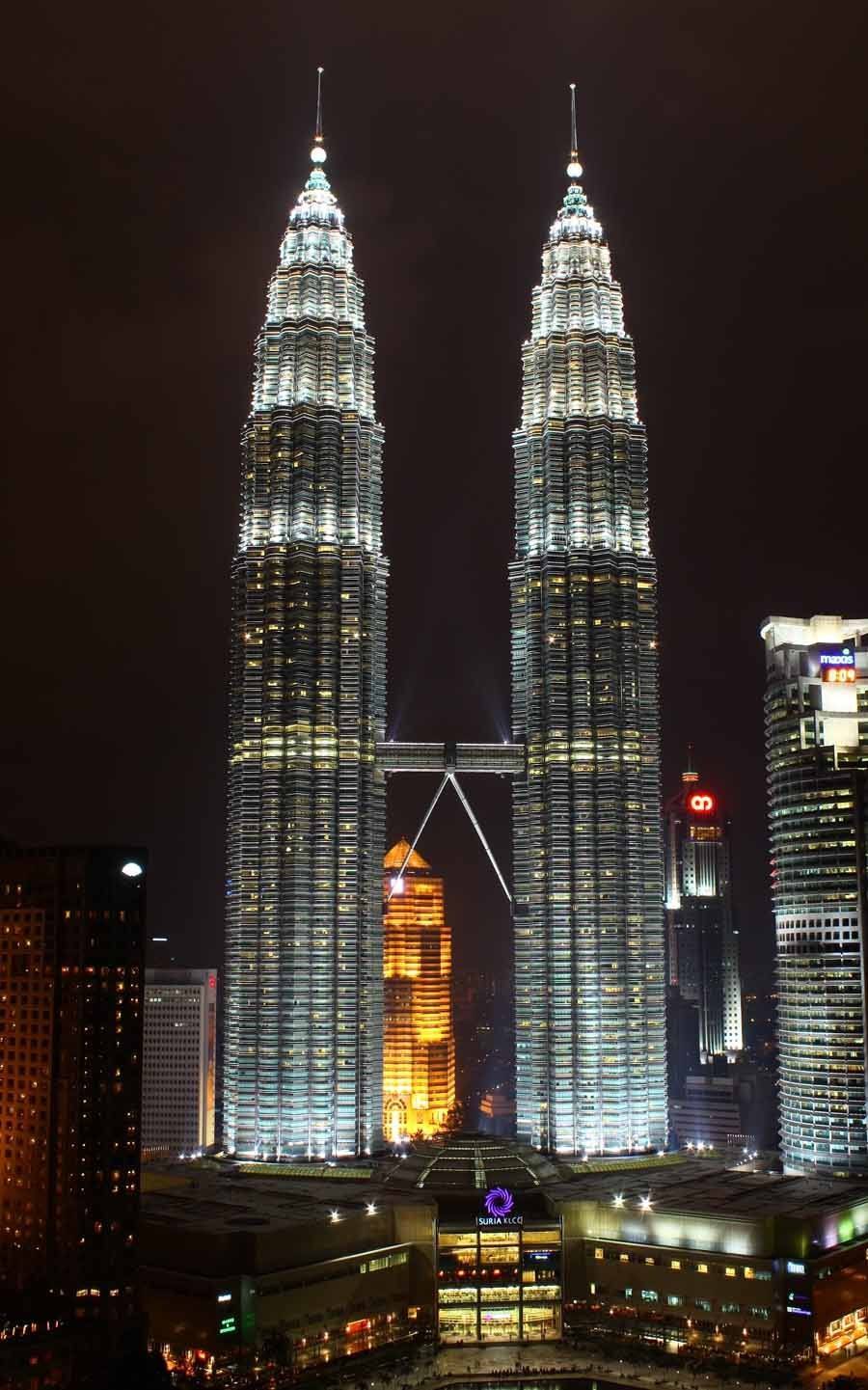 Technically tied for ninth on the list are The Petronas Towers, also known as the Petronas Twin Towers. The twin skyscrapers in Kuala Lumpur, Malaysia were the tallest buildings in the world from 1998 to 2004, and remain the tallest twin towers in the world after the destruction of the first World Trade Center towers in New York. 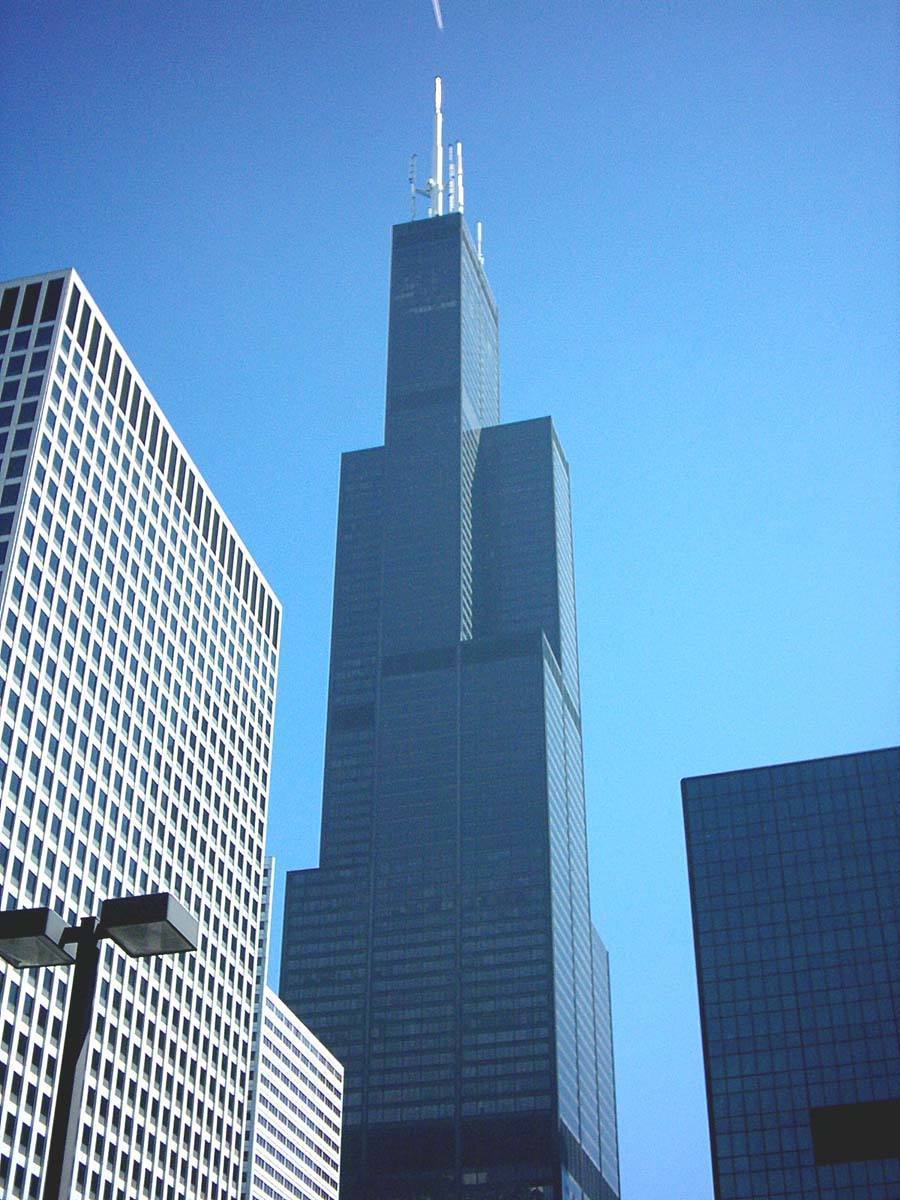 The Willis Tower, once known as (and often still referred to as) the Sears Tower, is a 1,451 foot, 108-story tall skyscraper in Chicago, Illinois. When it was completed in 1973, it replaced the World Trade Center’s towers as the tallest building in the world and maintained that title for nearly 25 years. 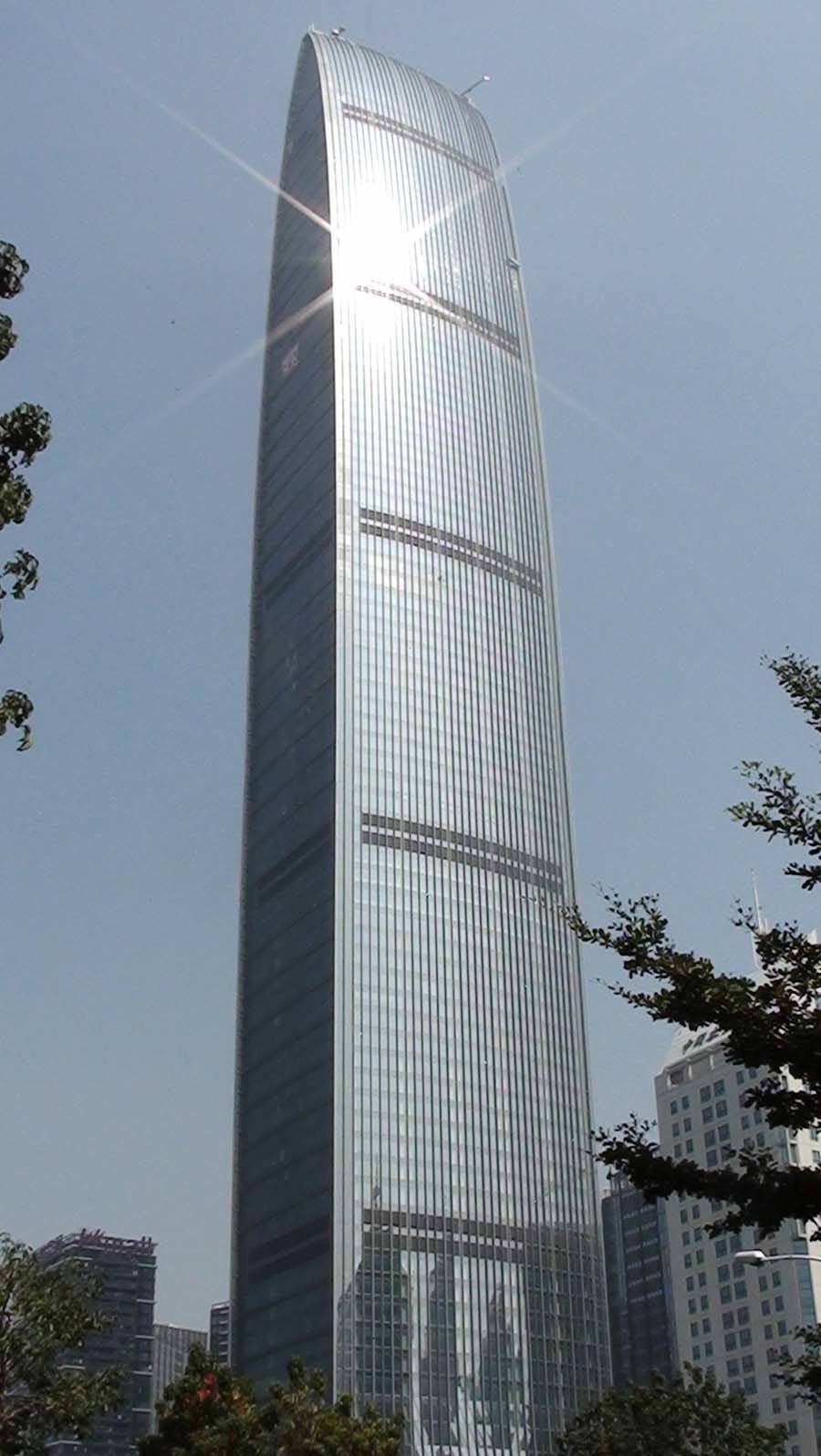 The KK100 building, formerly known as the Kingkey 100, is located in Shenzhen, Guangdong province, China. The mixed-use building stretches 1,449 feet and contains 100 floors of office space and a hotel. The top floors of the skyscraper hold several restaurants and a garden. 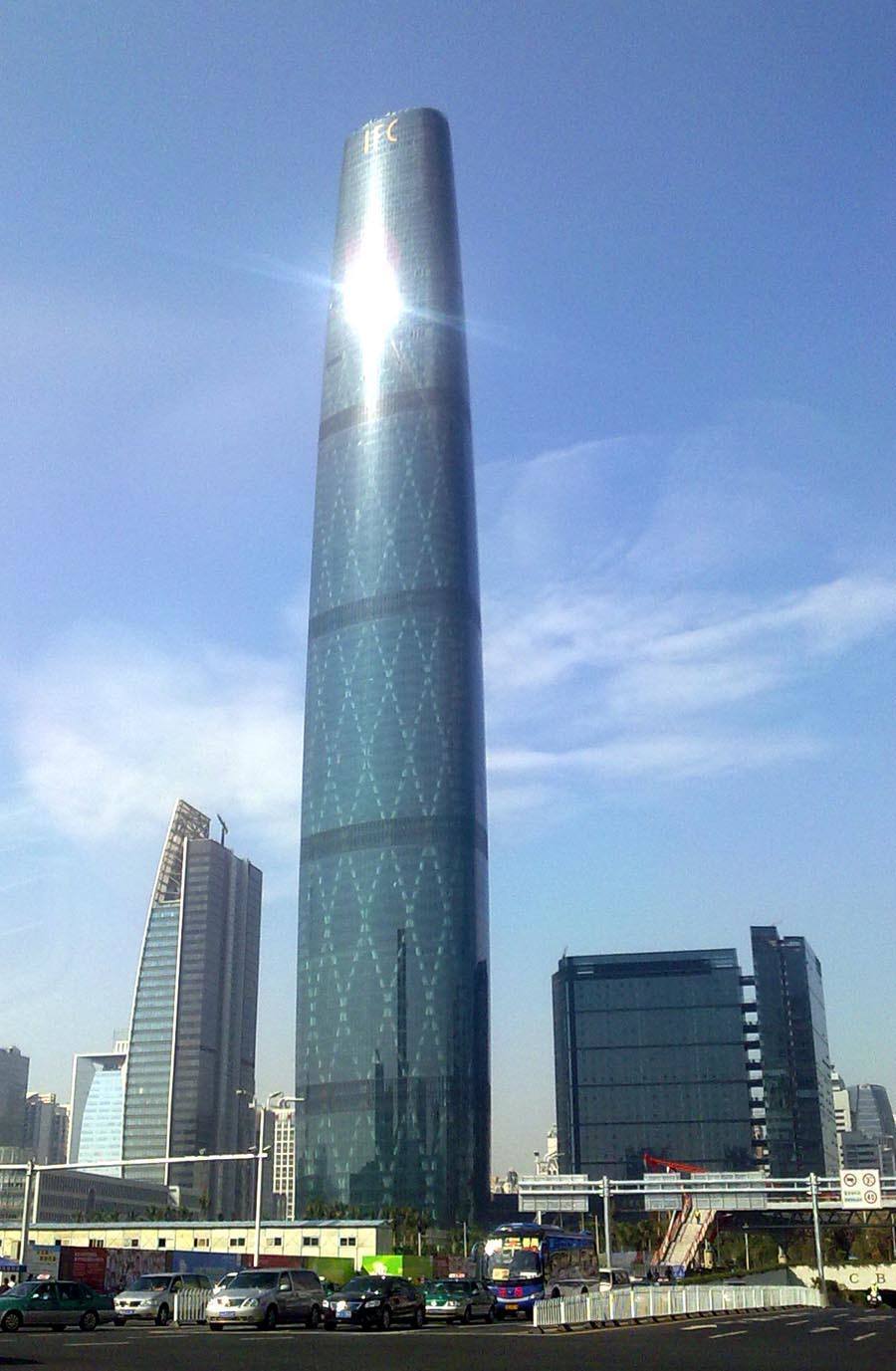 The Guangzhou International Finance Centre, also known as Guangzhou West Tower, is a 103 story, 1,439-feet tall skyscraper located in Guangdong, China. This building is considered one of the Guangzhou Twin Towers along with the CTF Finance Centre, number five in the list above. 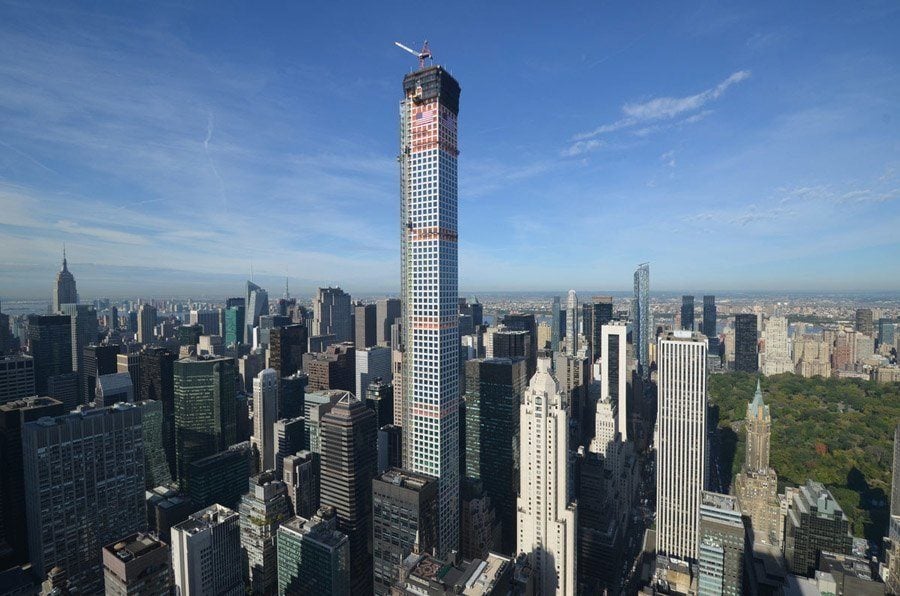 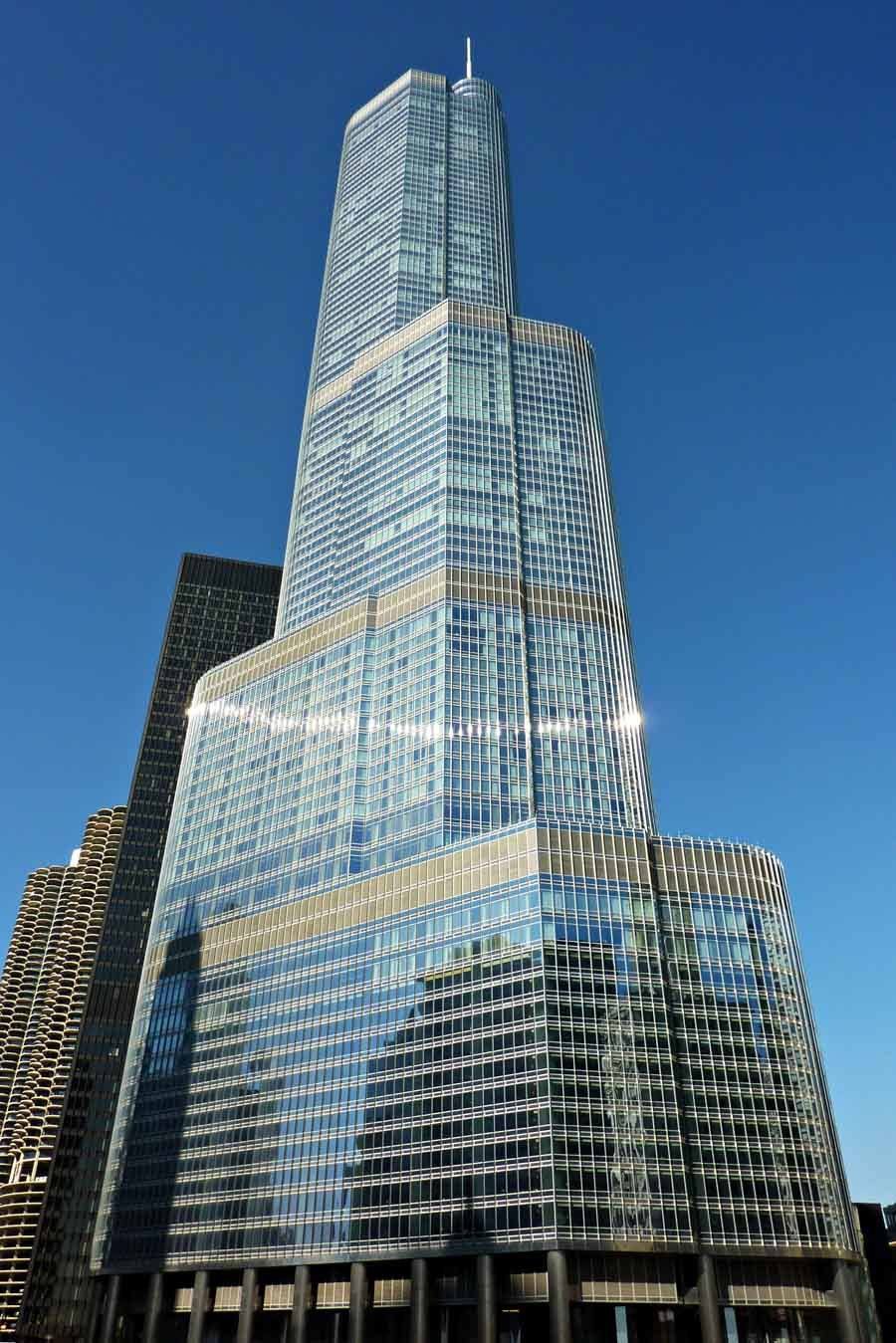 The Trump International Hotel and Tower, also known as Trump Tower Chicago, completes the list at number 15. The high rise is named after billionaire Donald Trump and measures in at 1,389 feet. The 98 story structure features retail space, a parking garage, a hotel and condominiums.