The unnamed victim had made his living by retrieving frisbees and selling them to local disc golfers. 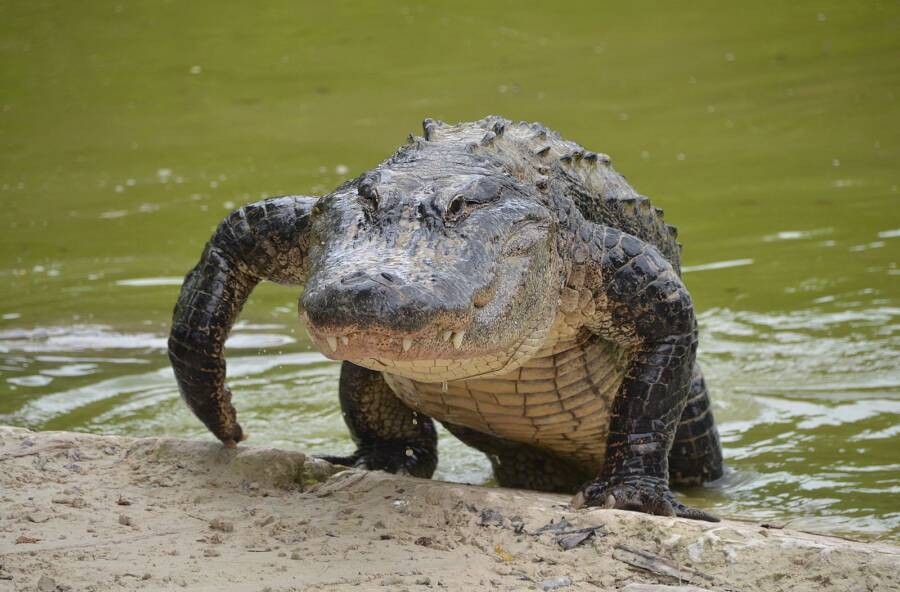 Wikimedia CommonsThe man was found dead with one of his arms torn off.

With inflation and pandemic-related struggles, many Americans are trying hard to stay afloat. One homeless man in Largo, Florida, was making do by retrieving frisbees from the lake of a public park to sell to local disc golfers. However, that man was just found dead on Tuesday — with his arm torn off.

The macabre discovery was made at John S. Taylor Park, the New York Times reported. That expansive grassland contained a 53-acre lake which has long served as a natural habitat for alligators. There were also many signs warning people to keep out.

“He died as a result of an alligator attack,” said Paul Cozzie, the local director of Parks and Conservation Resources. “It appears that he went in before the park opened — unfortunately not a good time to be in any lake, but especially during alligator mating season. [It was] a mistake that appears to have cost him his life.”

The unidentified victim was previously caught trying to enter the lake in April. While park rangers told him not to repeat the offense and warned that he would be banned if he did, he failed to heed the advice — and died trying to make some much-needed cash. 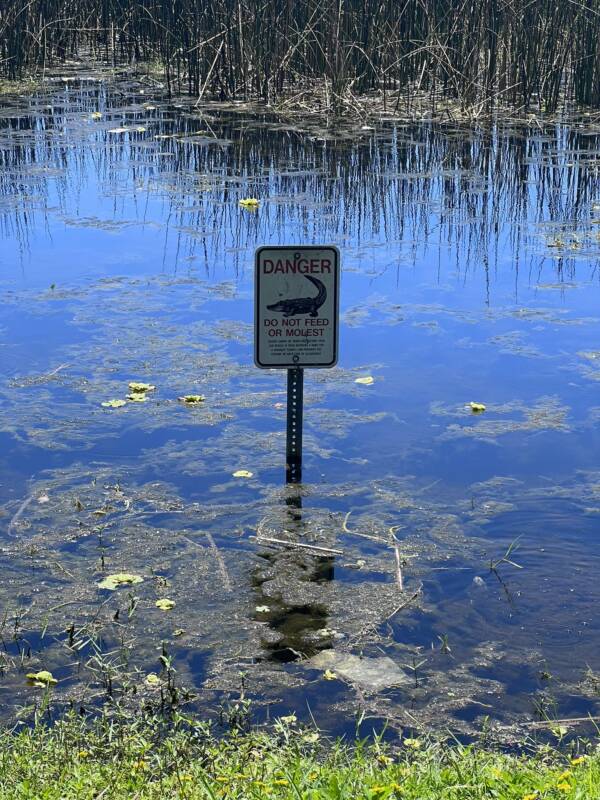 @ChrisRogersTV/TwitterSigns around Taylor Lake warn people to stay out.

Cozzie explained that Taylor Lake was connected to so many other bodies of water that it’s “almost like a highway for alligators to move throughout the county.” He said it’s six to eight feet deep, meaning someone would need to “kick around on the bottom” for the discs to dislodge and surface.

The victim’s mutilated corpse was found missing an arm on a lake bank by somebody walking the park at around 8 a.m. Tuesday. Cozzie said disc golfers preferred using their professional frisbees rather than the cheap stuff and typically welcomed their equipment being returned by the victim. 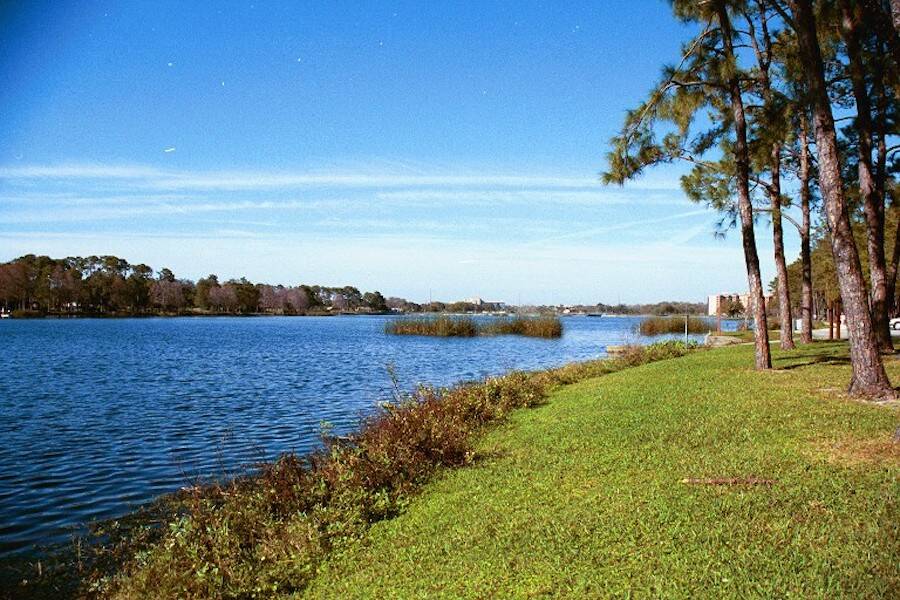 While the victim retrieved countless frisbees without issue in the past, he unwittingly entered the lake during alligator mating season this time. That period from May to June is particularly dangerous as the metabolism of Florida’s 1.3 million alligators skyrockets and makes them even hungrier, according to ABC News.

Wildlife officials responded to Tuesday’s incident by capturing an alligator spotted near the attack site and euthanizing it for authorities to perform a necropsy.

While alligators are more prone to eat small pets rather than people, Florida has now averaged eight serious attacks on people anually. Four of those victims died, but this week’s was the first fatal attack in more than two years.

According to the Florida Fish and Wildlife Conservation Commission, the state’s alligators inhabit “practically all fresh and brackish water bodies” and are “naturally afraid of humans.” On the other hand, one of these animals ate a two-year-old boy who was merely wandering around a Disney resort in 2016. 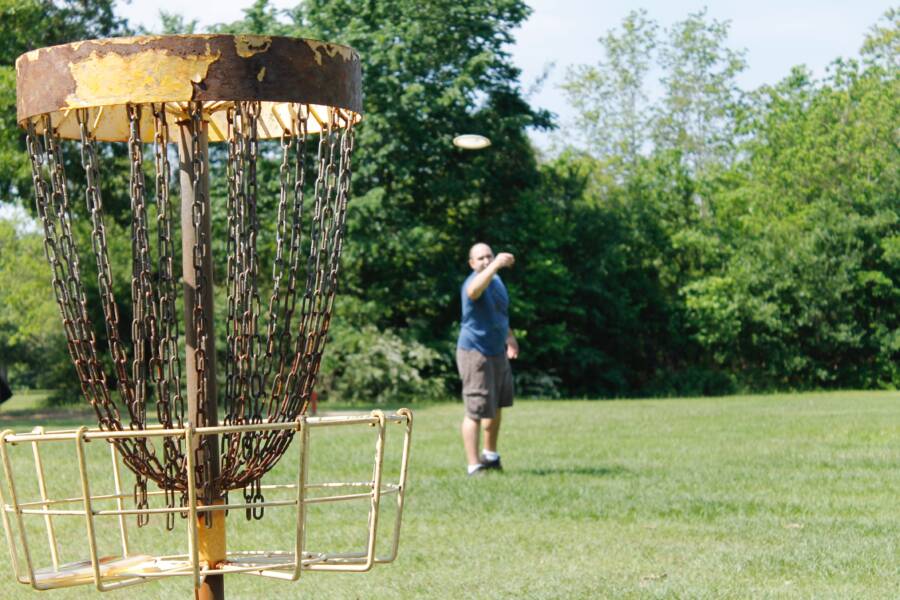 PxHereOne of the holes in the disc golf course was 25 to 50 feet from the lake.

One would ultimately be wise to heed Florida’s laws regarding these dangerous predators. Feeding them has long been illegal, as the act leads alligators to associate human beings with food — and turns people into prey. As for the disc golf course hole in question, Cozzie suggested locals move it further from the lake.