"It’s totally illegal to do it. Did I know it? No. Did I know I couldn’t feed a turtle? Alligators...yeah, I kind of knew that." 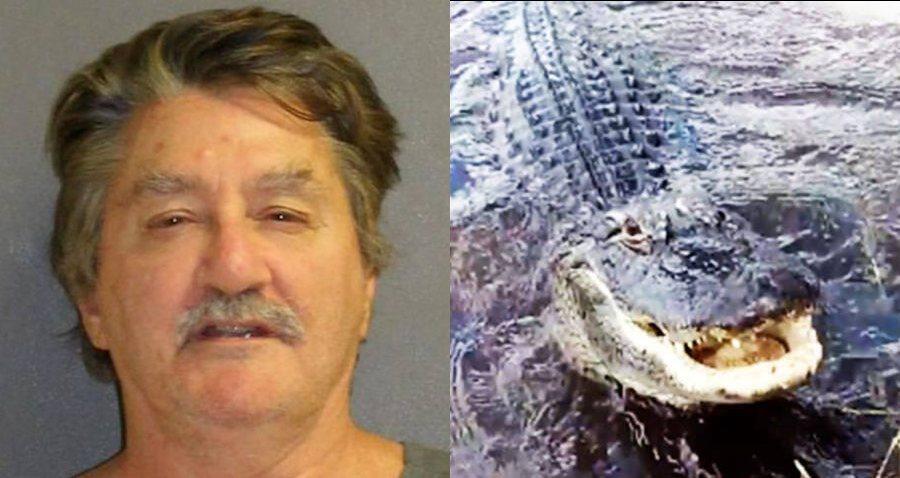 Volusia County Jail/FacebookFlorida man Paul Fortin described the alligator in his lake as a “good friend.” He calls him Hank.

Sixty-seven-year-old Paul Fortin likes to take a leisurely stroll to the lake behind his house in Daytona Beach to meet up with his pal, a 10-foot alligator named Hank.

The bizarre friendship has lasted for three years now. Fortin, who says he’s a disabled veteran, would come out to the water when he could to pet and feed Hank. But unfortunately for these buddies — apart from being completely reckless — feeding wildlife is against the law in Florida.

As reported by News 6 Florida, Fortin was arrested on charges of refusing a citation for the illegal feeding and for resisting arrest.

Fortin didn’t try to hide his alleged crime: He posted a video of the feeding to his personal Facebook page.

In the video, the Florida man is heard calling out to Hank while the alligator is half-submerged. Hank swims slowly toward the edge of the lake where Fortin is recording.

“He’s my alligator,” Fortin says before touching Hank on the snout. “He’s a good boy. He lets me pet him. Come on, baby. Just don’t eat my foot, okay?” In the three-minute video, Fortin talks about the wild alligator as if he’s a pet like any other, describing Hank’s habits and preferences.

“He used to like bread, but now he’s a little bit more fussy,” Fortin says as he throws some slices of bread into the water. Hank snatches them up seconds later.

The astonishing footage was used by the Florida Fish and Wildlife Conservation Commission (FWC), which was tipped off by Fortin’s neighbor, in its investigation against the alligator ally. But when officers were dispatched to Fortin’s residence to issue a citation for feeding wildlife, he refused to sign it.

Authorities reported that Fortin told them he had only been feeding turtles despite officers showing him the video footage they found of him and Hank.

“It’s illegal. It’s totally illegal to do it,” Fortin said incredulously during an interview after his arrest. “Did I know it? No. Did I know I couldn’t feed a turtle? Alligators…yeah, I kind of knew that.”

Fortin’s natural love for wildlife made it difficult for him to resist the temptation to get up close and personal ⁠— even with a 10-foot alligator.

“Hank, I mean, what can I do? He just sits there and he loves bagels,” Fortin said in his own defense. “I don’t know, maybe I’m Dr. Doolittle.” 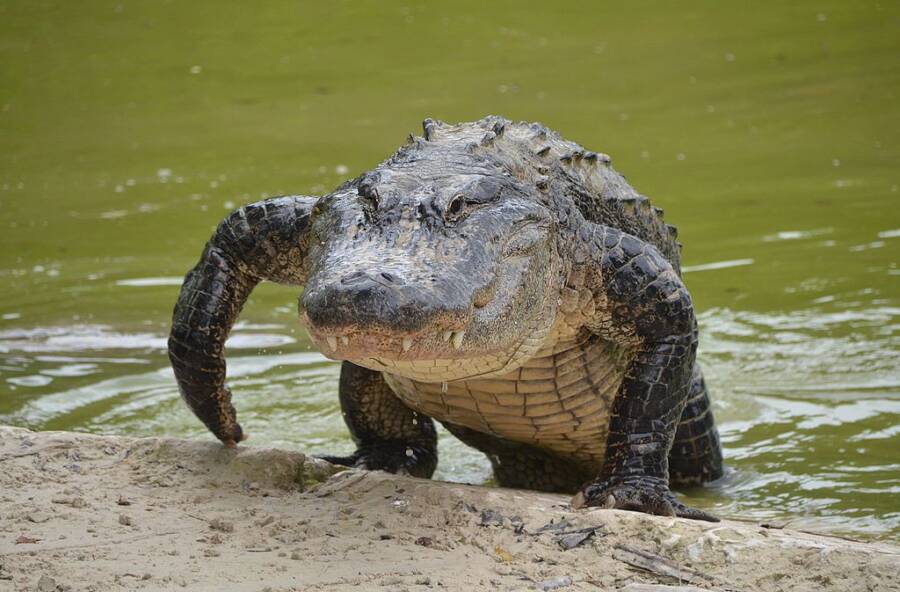 Wikimedia CommonsEncounters between human residents and alligators is common in Florida, even in the most unexpected places.

There are an estimated 1.3 million alligators swimming in the waters of the Sunshine State. Feeding alligators is illegal there, and for good reasons.

According to FWC officials, feeding wild animals like alligators will make them learn to associate people with food and that could lead to disastrous consequences for residents. Too many interactions with humans could also cause the animals to lose their natural cautiousness, making human-alligator encounters more common and putting people in danger.

Most importantly, feeding wild animals like alligators could hamper their abilities to find food on their own in the wild.

Alligator encounters are incredibly common in Florida, especially during the warmer seasons when the reptiles are in heat to mate. Because of this, authorities have issued precautions that residents can take to stay safe.

For instance, residents are advised to swim only in designated areas and keep pets away from the edges of still water. Making sure all windows and doors are locked is probably a good idea, too.

Since he got arrested in May, Fortin said that he hasn’t seen Hank again. But he has seen Hank’s “replacement” lurking in the waters a few times.

Next, read about El Chompo, the alligator found guarding a fentanyl and heroin stash in Pennsylvania. Then, learn how a Florida man was arrested after trying to “barbecue” child molesters. Finally, check out more of the oddest news stories from around the world today.