The Astonishing Story Of Frances Slocum, The Kidnapped Quaker Girl Who Became A Member Of The Miami People

In 1778, Frances Slocum was abducted by the Delaware tribe in Pennsylvania. She later married into the Miami tribe — and decided to never return home. 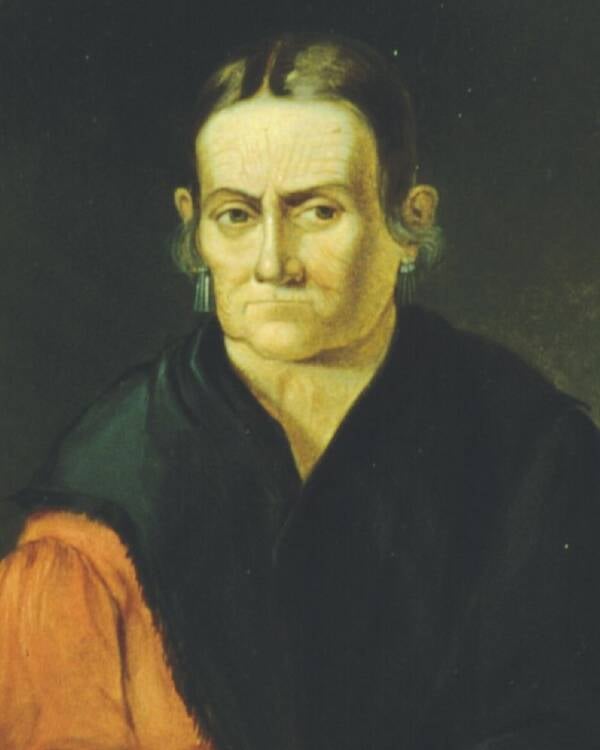 In 1778, Delaware Indian warriors raided a white settlement in the Wyoming Valley of Pennsylvania. When they left, they carried off bundles of bread and sugar — and a five-year-old girl named Frances Slocum.

For nearly 60 years, the Slocum family wondered what had happened to their daughter. Both her parents died never knowing the truth. Then, in 1835, Slocum confided in a white trader that she’d grown up in a Quaker family.

But there had actually been no need for Slocum’s loved ones to worry about her safety. From the day she was kidnapped, Slocum was treated like any other child in the tribe. She even went on to marry a chief of another tribe.

All her life, Frances Slocum insisted on staying with the Native American family she knew and loved. She then went on to tell them the fascinating tale of her life as a white woman living in an Indigenous tribe.

In the 1770s, Pennsylvania’s Wyoming Valley was home to the Delaware Tribe of Indians. However, a growing number of European settlers were moving into the area near modern-day Wilkes-Barre. The Slocums were one of those families.

Born to Jonathan and Ruth Slocum around March 4, 1773, Frances Slocum was one of 10 children in a large Quaker family. As the Revolutionary War raged, the Slocums moved to Pennsylvania from their original home in Rhode Island in 1777. But the war followed the family.

According to the Biography of Frances Slocum, published in 1891 by John F. Meginness, shortly after the Slocums settled in the Wyoming Valley, a bloody battle took place. Loyalists in the area had allied with Iroquois raiders to attack pro-independence settlers. 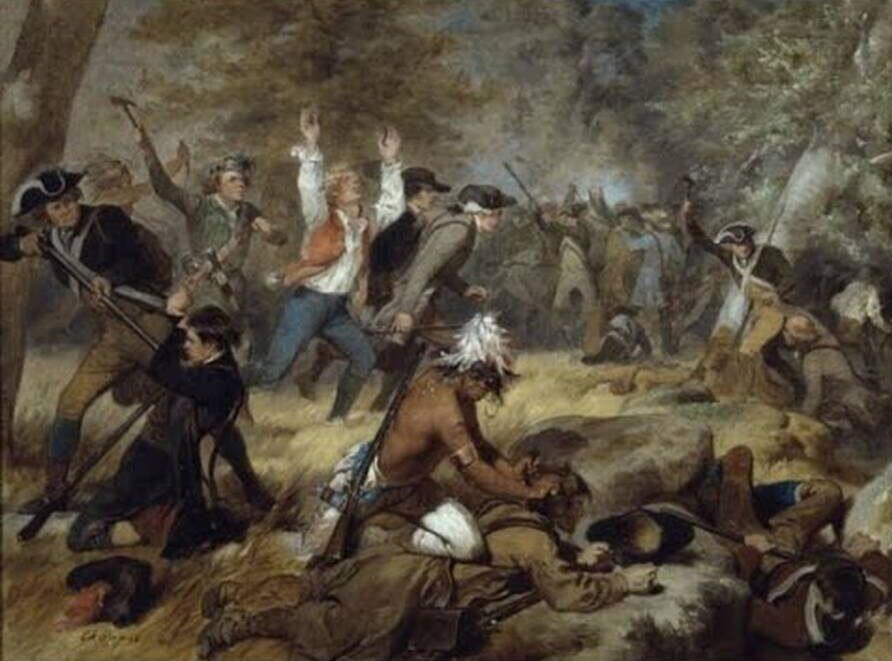 Desperate families fled to a nearby fort and fought to the death. Hundreds lost their lives in the Battle of Wyoming in July 1778. The Slocums, who had befriended local Native Americans, survived. And instead of leaving the area like many of the other survivors, the family decided to stay.

Frances Slocum’s oldest brother joined a group of Patriots who struck back against the tribes. The attack triggered a retaliation that would change the course of five-year-old Slocum’s life.

On Nov. 2, 1778, warriors from the Delaware Tribe raided the Slocum home in broad daylight. According to the History of Miami County, written by John H. Stephens in 1896, Slocum later recalled the details she could remember from that fateful day.

Frances Slocum locked eyes with her mother as the raiders carried her away, but Ruth Slocum would never see her daughter again. The Slocum family spent the next 60 years wondering what happened to the beloved little girl.

During her first night as a captive, Frances Slocum recalled, “I was very tired, and lay down on the ground and cried until I fell asleep.” 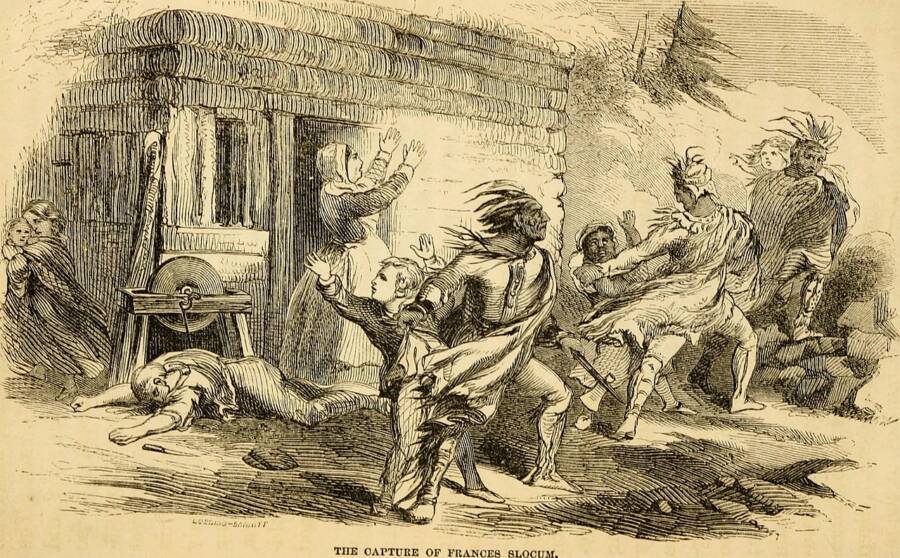 According to Indiana Public Media, the Delaware warriors first took the five-year-old girl to a village not far from Niagara Falls.

“The Indians were very kind to me,” Slocum later related. “When they had anything to eat, I always had the best; when I was tired, they carried me in their arms; and in a short time I began to feel much better and stopped crying.”

Soon, Slocum adapted to her new life. She fondly recalled a chief named Tuck Horse: He “dressed my hair in the Indian fashion and painted my face. He then dressed me up and put on me beautiful wampum beads and made me look very fine. I was much pleased with the wampum.”

An older Delaware couple who had lost all their children adopted Frances Slocum. They renamed her Weletawash, after their late daughter.

Slocum claimed this practice was common among the Delaware tribe. “When the Indians thus lose all their children they often adopt some new child as their own and treat it in all respect as their own,” she later said. “This is the reason they often carry away the children of white people.”

After spending some time in Niagara Falls, Slocum moved to the lands surrounding modern-day Detroit and then on to the Eel River near Fort Wayne, Indiana. She first wed a member of the Delaware Tribe named Little Turtle, and she later married a deaf chief of the Miami tribe named Shepoconah.

Among the Miami people, Slocum took the name Maconaquah, which means “little bear.” She and Shepoconah had four children together and settled in a log cabin on the banks of the Mississinewa River near Peoria, Indiana around 1810. 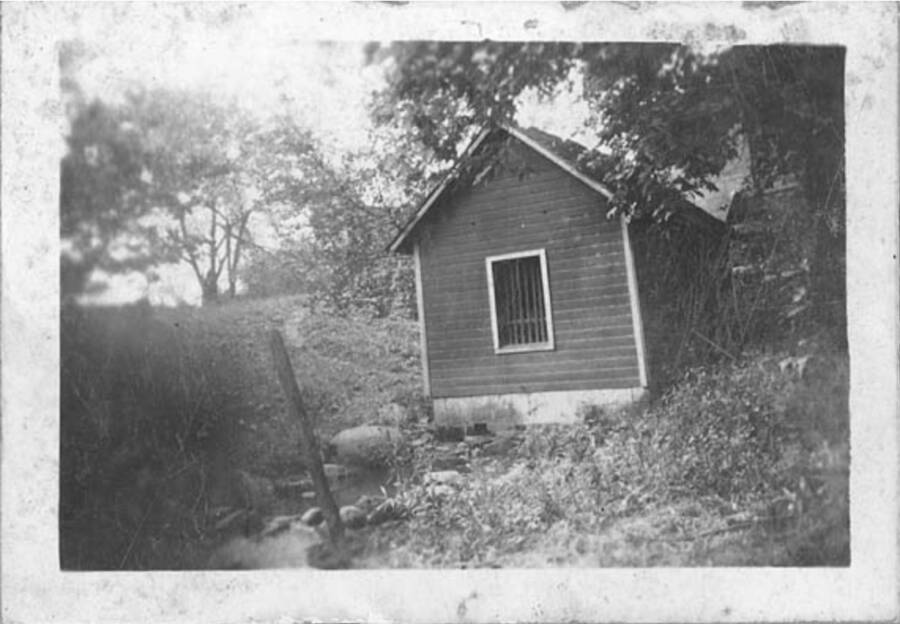 Their settlement on the river would eventually became a key trading post for Native Americans and white settlers. And it was this trading post that would lead Slocum back to her birth family.

Slocum’s Family Finds Her Among The Miami People

George Ewing visited the Indiana trading post in 1835. He spent the night on Slocum’s farm, and as the sun set, the Miami woman he knew as Maconaquah told Ewing a fascinating story. She had been born to a Quaker family as Frances Slocum.

Ewing wanted to reunite Slocum with her birth family, so he published her story in a Pennsylvania newspaper, hoping to find living relatives interested in meeting their long-lost sister.

When the story reached the Slocum family, nearly 60 years after their sister had been taken, three of Slocum’s siblings immediately headed for Indiana.

When Slocum’s brother Isaac first saw her, he did not recognize her face. The woman before him had white hair and wore a half-dozen silver earrings. But a disfigured finger on the old woman’s hand revealed the truth — she was Frances Slocum. 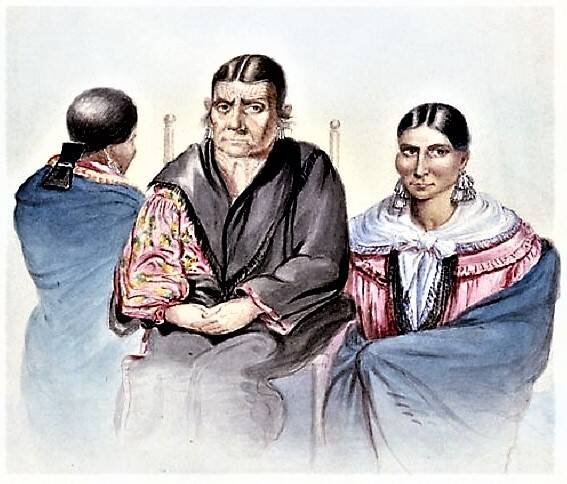 The Slocums knew their sister would be different from her years living with the Delaware and Miami people, but they were still shocked that she couldn’t remember any English and relied on an interpreter to interact with them.

Slocum’s siblings invited her to return to Pennsylvania with them, but she had no desire to do so. According to the North Manchester Historical Society, she told her family, “I have always lived with the Indians. They have always used me very kindly; I am used to them. The Great Spirit has always allowed me to live with them, and I wish to live and die with them.”

“I have a house and large lands, two daughters, a son-in-law, three grandchildren, and everything to make me comfortable,” she continued. “Why should I go, and be like a fish out of water?”

Slocum’s family returned to Pennsylvania without her, but they came back to visit over the years. And while she always refused to return with them, she did eventually agree to have her portrait painted. After a long life among Native Americans, Frances Slocum had formed a connection with her birth family once again.

The story of Frances Slocum quickly spread. Her tale of captivity — and her devotion to her adoptive tribe — stunned white settlers. She became known as the “White Rose of the Miamis.”

In the 1840s, when the federal government tried to push the Miami people off their land, the Slocums helped their sister receive a Congressional grant for 620 acres of land around the trading post. Frances Slocum owned it, and no one could take it from her.

After reading about the life of Frances Slocum, learn about Hannah Duston, the white settler who killed her Indigenous captors. Then, discover the most important Native American women left out of the history textbooks.