The researchers believe that the two teenagers lived around 2,700 years ago and were found adorned with gold.

The graves and burial mound of two Iron Age teenagers have been excavated in Kazakhstan to reveal a treasure trove of fine items.

The team of researchers behind the excavation believe that the two teenagers, one boy and one girl, lived around 2,700 years ago. Their graves were found in a valley in the remote Tarbagatai Mountains located in the eastern part of Kazakhstan where the country meets northern China.

The grave of the minimal remains of the 16-year-old woman had been looted. The skeletal remains of the male teenager, though, who is believed to have been no older than 19 when he died, were undisturbed.

The boy wore a golden torc around his neck, had a gold and bronze dagger in his hand, and was buried with a gold-plated wooden quiver holding arrows with bronze tips. Both of them were wearing finery that was once adorned with gold beads and appliqués of intricate, miniature deer heads with massive antlers. 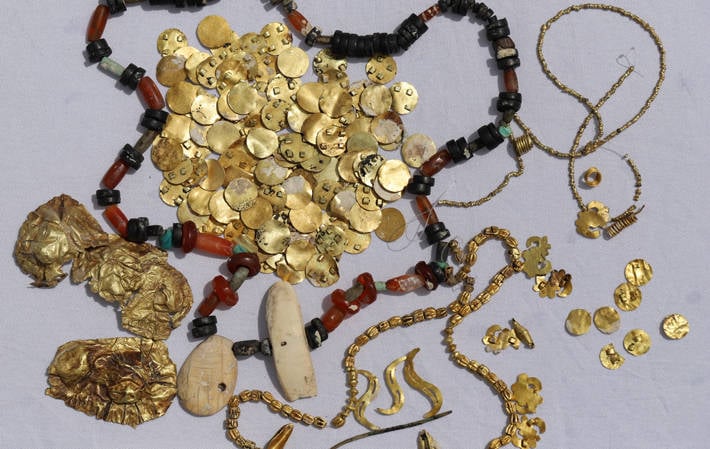 Zainolla SamashevSome of the jewelry found buried with the teenage boy in Kazakhstan.

The researchers, led by Zainolla Samashev, director of the Margulan Institute of Archaeology, believe that the teenagers both belonged to the Saka, a nomadic people who spread out across large portions of Central Asia from the eight to second century B.C. The Saka people were expert horsemen who moved across the region for hundreds of years before being conquered by invaders from Turkey.

The elaborate graves of the two teenagers are only a fraction of the incredible discoveries that have come out of the Tarbagatai Mountains.

Earlier this year, at the same site in Kazakhstan, Samashev’s unearthed large amounts of jewelry. Some of the pieces discovered included bell-shaped earrings, a necklace adorned with precious stones, and many chains and golden plates. 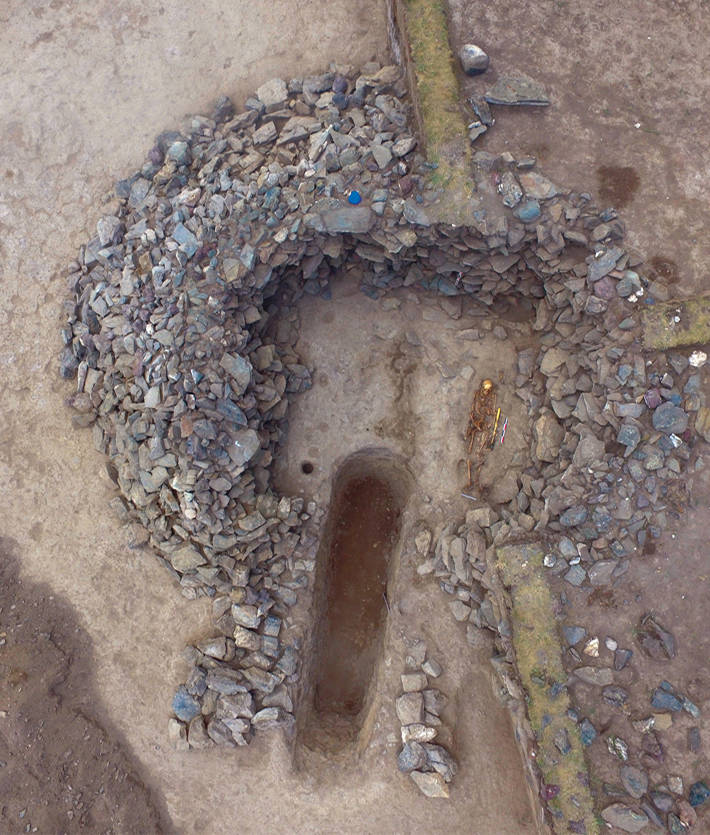 The treasure trove included nearly 3,000 pieces of priceless items and was believed to have belonged to royal or elite members of the Saka people.

The plateau which is home to these amazing discoveries is believed to house nearly 200 burial mounds. Saka kings regarded this plateau as “paradise” and it could explain why some of the mounds found here are stocked full of jewelry and other precious items.

One of the most famous discoveries regarding the Saka people happened in 1969 just outside of Almaty, Kazakhstan. A team of archaeologists found a tomb belonging to a prominent warrior who was buried with a total of 4,800 gold items. Some scholars believe that the young man was a king who died when he was only 18-years-old.

The history of the Saka people runs deep through Kazakhstan, and it is clear that the discoveries regarding the mysterious society are only getting started.

Next, take a look at Kazakhstan’s submerged forest, Lake Kaindy. After that, check out Truk Lagoon, World War II’s most haunting undersea graveyard.