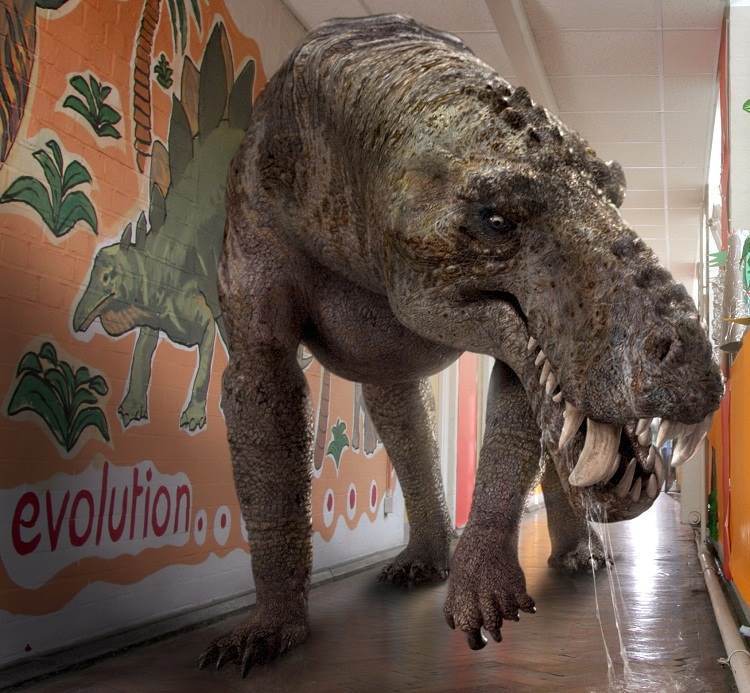 Clearly, our planet was full of fearsome prehistoric creatures before the dinosaurs ever came along. Another prime example is gorgonops, an animal that lived 260 million years ago, way before dinosaurs became the dominant predators.

At around six to 10 feet in length, gorgonops was a fast and vicious predator, allowing it to rise to the top of the food chain. Of course, it also helped that gorgonops had massive canines so large that they nearly protruded beyond its lower jaw.

Next up: The “terror bird”…