At first they thought he had a rare birth defect, then they realized that they were dealing with a murder case. 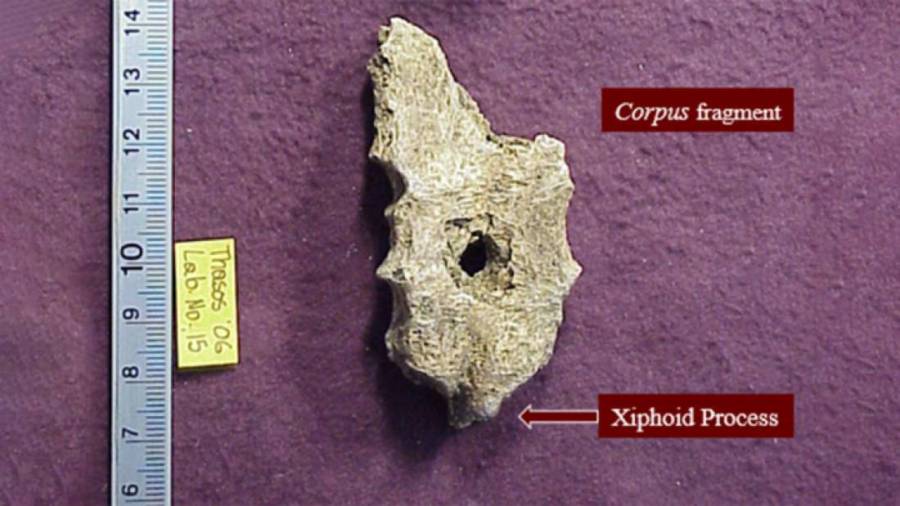 When a team of archaeologists discovered the remains of 57 people at an excavation site on the Greek island of Thasos, one particular skeleton sparked a longstanding mystery. The almost perfectly circular hole in its sternum was either the result of a birth defect — or a stark sign of violence.

According to Forbes, scientists initially believed the hole was caused by sternal foramen, a birth defect that prevents a person’s sternum from forming completely. The precision of the hole, however, led researchers to quickly abandon that conclusion in search of a more logical alternative.

The team now firmly believes the circular hole resulted not from a biological defect, but from a styrax — the spike at the end of a spear shaft. 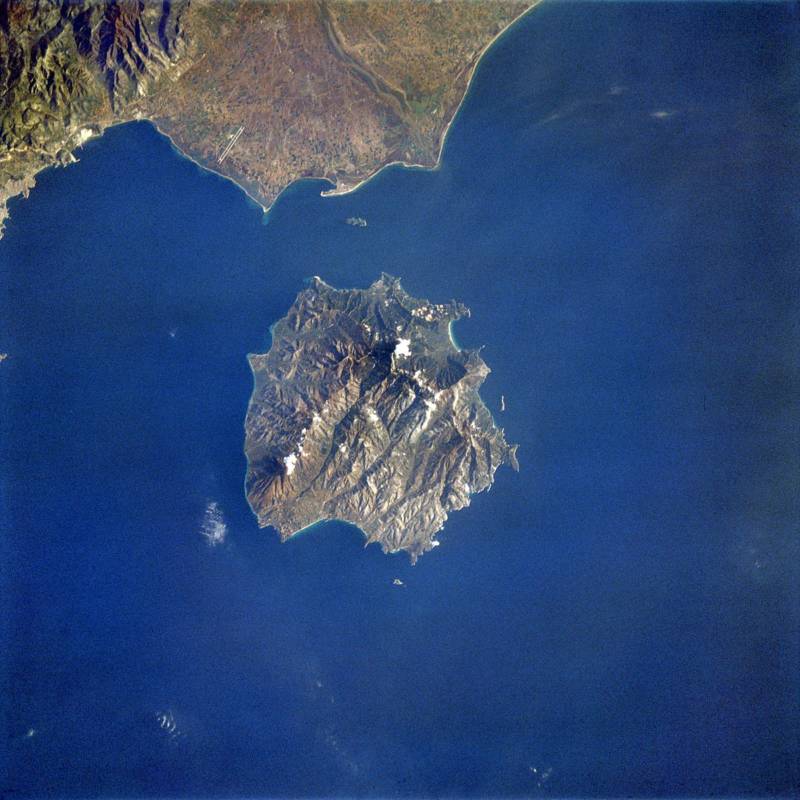 Wikimedia CommonsAn aerial photo of Thasos, the Greek island once advantageous to the empire’s war and trade efforts.

According to a study published in the journal Access Archaeology, the recovered remains dated back to the Greek Hellenistic period, which lasted from the fourth to the first centuries B.C.

The excavation, which occurred at an ancient cemetery in 2012, prompted lead archaeologist Anagnostis Agelarakis of Adelphi University to obsess over just how this breastbone’s anomaly was formed. While his team recovered the skeletons of dozens of men and women of all ages — this one offered a mystery he was eager to solve.

Analyzing and dating the bone as well as the wear-and-tear on the joins and teeth first told Agelarakis that the remains were those of a male older than 50. There were also indications that this person was once fairly fit and physically active.

Agelarakis wasn’t surprised that this particular ancient Greek was in good shape. Ancient Greeks, particularly on Thasos during this period, were regularly involved in physically demanding challenges.

Thasos itself has been written about by ancient authors such as Herodotus and Thucydides. The island once housed various strongholds and settlements, and became a hub of military power due to its advantage of regional sea routes.

Anagnostis Agelarakis/Access ArchaeologyA drawing of the seven-sided styrax theorized to have been the murder weapon.

Only once the bones were sent to the Archaeological Museum of Thasos Island for cleaning did Agelarakis come to notice the gaping, impressively circular hole in the skeleton’s breastbone. Because sternal foramen only occurs in around five percent of the population, Agelarakis was confident the truth lay elsewhere.

“It became immediately apparent,” he said, “that this case did not pertain to a developmental anomaly of sternal foramen, but to a multilevel mechanically caused orifice, one that had been sustained by a through-and-through gladiolar (lower breastbone) injury.”

Most notable, of course, was the fact that the entry wound was seven-sided — clearly indicating a non-biological cause, and likely the result of a weapon penetrating the man’s chest. Finally, Agelarakis and his team were more than confident in concluding that this person had been stabbed.

As an unbiased observer and a forensic anthropologist at the University of Central Lancashire, Patrick Randolph-Quinney thoroughly agreed that the study’s lead author is onto something.

“In my considered opinion, Agelarakis has a case,” he said. “Penetrating peri-mortem trauma is consistent with some of the skeletal defects displayed.”

While Randolph-Quinney isn’t entirely convinced of Agelarakis’ conclusion that the entry-wound is seven-sided, he did agree that the exit wound virtually rules out both post-mortem damage and the initial sternal foramen diagnosis.

“In cases of arrow or crossbow wounds,” he said, “it’s my experience that they ‘punch’ their way through flat bone, leaving sharp margins on both entrance and exit surfaces, similar to the photos in Agelarakis’ article. I think he’s right about the injury — but maybe for the wrong reasons.” 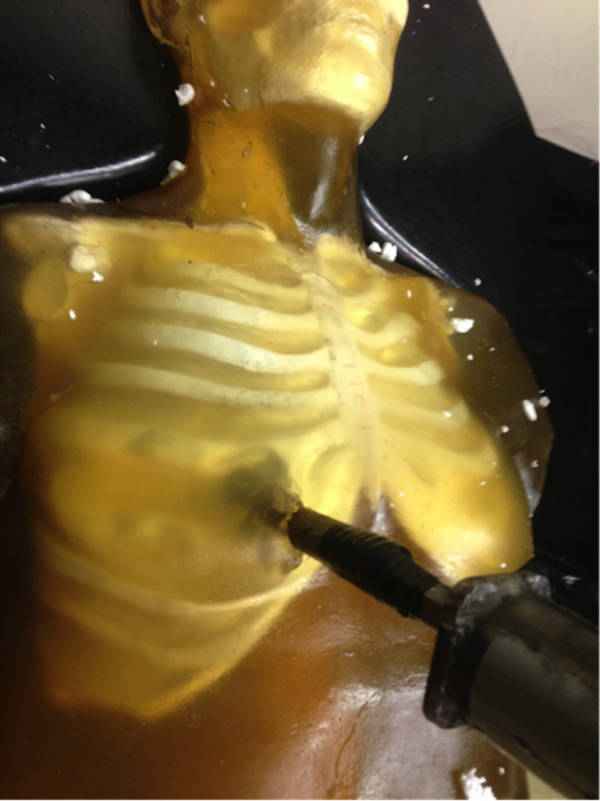 Anagnostis Agelarakis/Adelphi UniversityThe 3D-printed model of the man’s torso with the replicated styrax penetrating the sternum.

In order to garner a more informed perspective on exactly what type of weapon caused this wound, Agelarakis and his team created a 3D wax model of the man’s torso, as well as a mold from that model’s breastbone hole to reconstruct the weapon in bronze.

This is when the team posited that the wound was caused by a styrax, which was arguably confirmed by using the reconstructed spear on a ballistic model of a human to estimate how much force was used, and from which direction, to cause the wound.

Agelarakis found that this was a close-reach injury, perhaps while the man was immobilized, “in order to receive a contact thrusting of an accurately anatomically calculated, precisely positioned, and well-delivered striking into the inferior mediastinum region of the thorax.”

In other words, the fatal wound put the man into cardiac arrest, as he was dying of blood loss. Agelarakis believes that this was almost undeniably “a prepared execution event.” Since he was buried among seeming commoners, however, it’s unlikely the man’s death was punishment for treason or conspiracy.

“It may be postulated that his untimely and violent death could have been the result of a political-military turmoil or reprisals, possibly during forceful regime changes,” Agelarakis explained, adding that the man “would have been recognized as a worthy opponent.”

Next, discover the most interesting facts about Ancient Greece. Then, learn all about the Greek wars.