Inside The Family Cult, The Australian Doomsday Group Started By A Yoga Teacher

The Family was anything but a typical family, but rather a doomsday cult with a leader who believed herself to be the reincarnation of Jesus Christ. 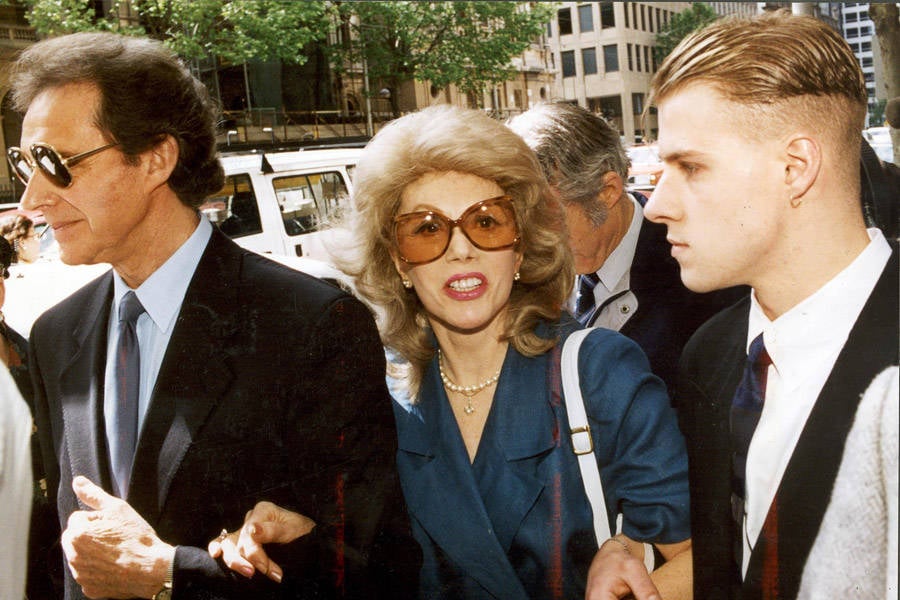 John Woudstra/Fairfax Media via Getty ImagesAnne Hamilton-Byrne and husband William, left, arrive at County Court in Melbourne in November 1993 while on trial for fraud committed while leading the Family cult.

I had to start it. That was divine orders. That was my mission. That was the divine vision.

Outside of the busy city life of Melbourne, Australia, a group of people operated in near-total secrecy for over two decades under the control of a woman who believed herself to be the reincarnation of Jesus Christ.

Stolen children, rituals involving psychedelic drugs and torture were all part of Anne Hamilton-Byrne’s plan to create a master race for a war that hadn’t yet begun. Hamilton-Byrne’s doomsday cult known as “The Family” would amass a following of nearly 500 members before it finally unraveled because of a rebellious teenager.

Life For Anne Hamilton-Byrne Before The Family

By the time Anne Hamilton-Byrne rose to power as a cult leader with a small army of followers, she had amassed a fortune and adorned herself in fine clothes and jewelry. She looked more the part of an urban socialite than a pseudo-religious leader, and her position of influence and wealth was a long way from the small farming settlement a few hours outside of Melbourne where she grew up.

Born as Evelyn Edwards in 1921, young Anne’s mother died in an asylum after being diagnosed as paranoid schizophrenic. Because her father had trouble holding down a job and wasn’t up to the task of being a single parent, Hamilton-Byrne spent much of her childhood in and out of orphanages.

After giving birth to a single child and losing her husband in a car accident, Hamilton-Byrne began to immerse herself in yoga. At the time, yoga was still very mysterious to much of the Western world, but Hamilton-Byrne was drawn to its connections with Eastern religion and would eventually begin teaching yoga to curious middle-class housewives in Melbourne. What followed was anything but a typical budding career as a yoga teacher.

Life Inside The Family Cult

By the early 1960s, Eastern religion and mysticism had begun to capture the interest of the West and Hamilton-Byrne had built a reputation for herself among those in Melbourne who were fascinated with the new trend.

When she met Dr. Raynor Johnson, a soon-to-be-retired physicist, everything changed for Hamilton-Byrne. Johnson was captivated with her charm. Speaking of her, Johnson wrote in his journal that she was “unquestionably the wisest, the serenest, and most gracious and generous soul I have ever met.” The two experimented with LSD and Johnson introduced her to doctors, nurses, and lawyers who were also seeking new age wisdom and looked to the charming yoga teacher for guidance.

Johnson helped recruit people to the cult and eventually, they used his property “Santiniken” on the outskirts of Melbourne as their headquarters, building a lodge on the grounds for group meetings and discussions.

It didn’t take long for weekly meetings to follow with Hamilton-Byrne delivering her message – a mishmash of Hindu, Buddhism, and Christianity – to her followers. Hamilton-Byrne thought of herself on the same level as deities Jesus Christ, Buddha, and Krishna. And after being brainwashed by her teachings, so did her followers.

In addition to gaining members through Johnson, Santiniketan member Marion Villimek, also contributed a great deal. She managed Newhaven Hospital, a psychiatric hospital which treated many of its patients with LSD. Many of the hospital’s staff were members of the Family and it was used as a way to recruit potential new members as well.

Hamilton-Byrne had her members under a spell. They gave her everything – their money, homes and even children.

By the early 1970s, the group had started to procure children. Some of the children were the offspring of members of The Family, but others were falsely adopted. Because the cult was made of doctors, nurses, and attorneys, getting around any red tape associated with a proper legal adoption was much easier. 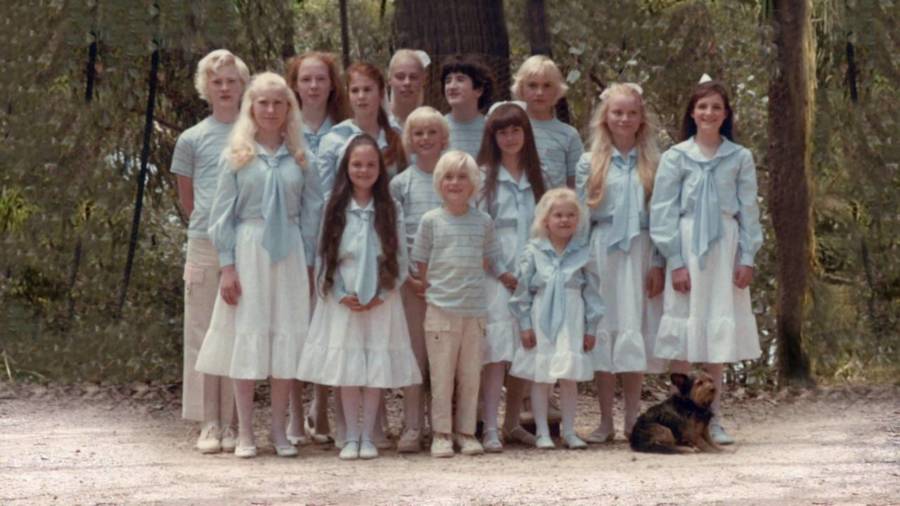 MIFF/YouTubeSome of the children were grew up as members of The Family doomsday cult.

In all, 28 children were part of The Family, and all of them were told that Hamilton-Byrne was their biological mother. Their identities were changed and they were given false birth certificates. The children’s last names were changed to Hamilton-Byrne and their hair was dyed blonde, in an effort to convince them all that they were actually related.

Life for children in the cult was anything but a happy and normal childhood. Designated “aunties,” adult women in the group, would care for the children, grooming to make them look as identical as possible, recalled Sarah Moore, who was born into the cult.

If a child stepped out of place food would be withheld or even worse, Hamilton-Byrne would lay into them with one of her stiletto heels. Dave Whitaker, who grew up in the Family cult, said that everything was fine as long as you obeyed. “She’s not somebody you argue with,” said Whitaker.

Even if Hamilton-Byrne was not around to dish out the punishment herself, she still took part in it. When she was away, she would call the aunties back at Uptop and listen to them discipline the children through the phone.

If the beatings weren’t enough, the children would regularly be given doses of valium to keep them docile until they turned 14. They also would be given large amounts of LSD and told by Anne Hamilton-Byrne that she was the reincarnation of Jesus Christ.

Once the children reached adolescence, they underwent a bizarre, drug-fueled initiation ceremony. They were given a dose of LSD and left alone in a room for a period of time, only receiving visits from Hamilton-Byrne or one of the cult’s psychiatrists.

Like many cults, the children and other cult members had little contact with the outside world. It was all part of The Family’s motto: “Unseen, unknown, unheard.” However, that motto would come to an end in 1987.

In 1987, 14-year-old Sarah Moore was expelled from the group because of her rebellious behavior against Hamilton-Byrne. She eventually went to the police and a raid was conducted on the group by law enforcement on Aug. 14. The children were taken into protective custody and Hamilton-Byrne fled the country before eventually being arrested in 1993 on charges of fraud while hiding out in the Catskills of New York.

Surprisingly enough, she served almost no jail time but was ordered to pay damages to numerous individuals for psychological abuse.

Today, Anne Hamilton-Byrne sits in a nursing home with severe dementia, unaware of the pain and suffering she caused for so many individuals. For the children who escaped the Family cult, the cruel control wielded by Hamilton-Byrne isn’t something they’ll ever forget.

The trailer for the 2016 documentary film The Family.

After this look at the Family cult started by Anne Hamilton-Byrne, read about more insane cults still operating today. Then look into some of the most bizarre religious practices.