The Vessel opened with great fanfare in 2019 but has been plagued by tragic suicides ever since. 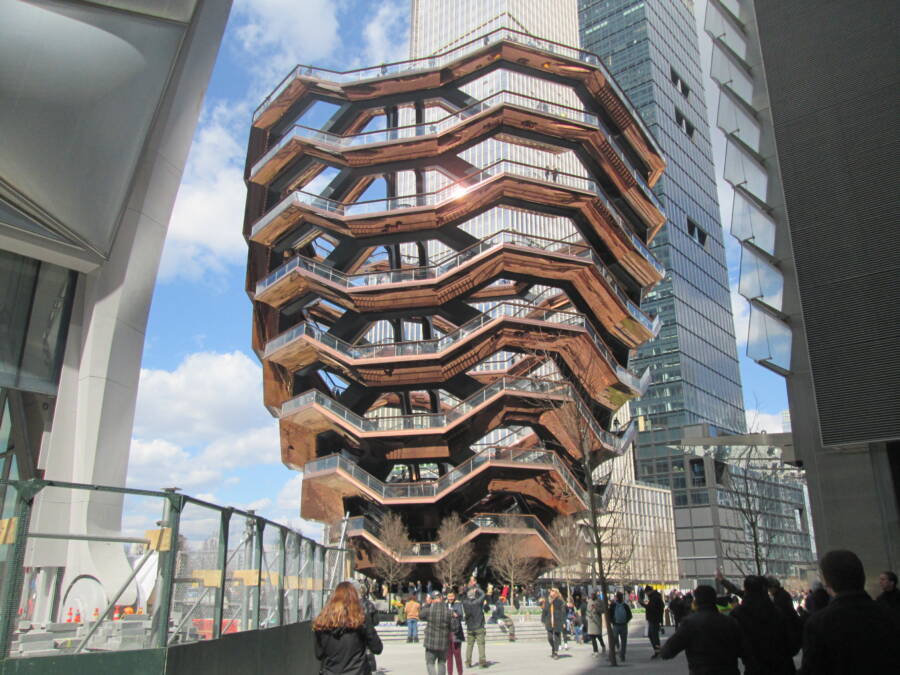 The “Vessel” in New York City’s Hudson Yards neighborhood was supposed to be Manhattan’s “Eiffel Tower.” Instead, it’s become a macabre magnet for suicides. After four suicides in two years, some are talking about shutting the Vessel down for good.

“We thought we did everything that would really prevent this,” said Stephen Ross, whose real estate firm The Related Companies developed Hudson Yards, after the fourth suicide in July 2021.

“It’s hard to really fathom how something like that could happen. But you know, I feel terrible for the family.”

The 150-foot climbable structure — filled with intricate, interlocking staircases — opened in March 2019 to great fanfare. It offered stunning views of the city made possible by low, glass barriers.

But in February 2020, a man threw himself from the sixth floor. Subsequent suicides followed in December 2020 and January 2021, prompting a temporary closure of the Vessel. 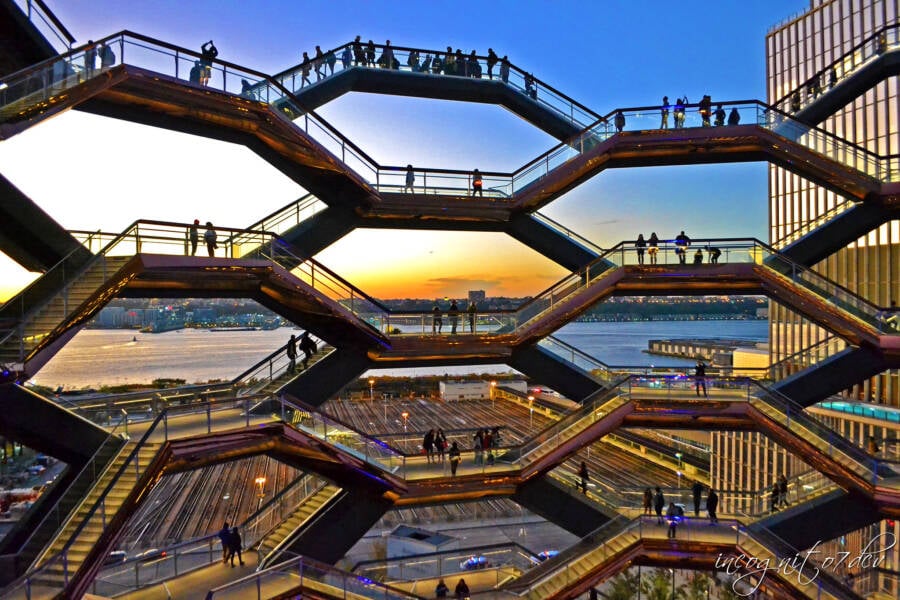 When the Vessel reopened in May, it instituted a number of rules meant to prevent suicides. People had to pay $10 to enter and they couldn’t enter alone. Inside, visitors would find a number of suicide prevention signs, as well as security, meant to identify anyone in distress.

Since then, the Vessel has been closed. This time, says Ross, it might be for good. His team is currently evaluating its future.

“I want to see every possibility we can do,” he said. “I mean, we thought we had covered everything.”

However, many say that Ross and others did not consider every suicide prevention possibility. Glaringly, they did not erect higher barriers, even after a local community board suggested it after the first death.

“I’ve never been so unhappy to be proven right,” noted Lowell Kern, the chairman of the advisory Manhattan Community Board Four.

“Yes, technically it is a work of architecture, and I’m messing with the architect’s vision,” Kern said about adding barriers. “But we are dealing with life-and-death issues. Art and architecture have to take a back seat.”

Other structures that became magnets for people with suicidal intentions made modifications to prevent more deaths. The Golden Gate and George Washington bridges, for example, added nets. And the Bobst Library at New York University added aluminum panels to its open atrium after three students jumped. 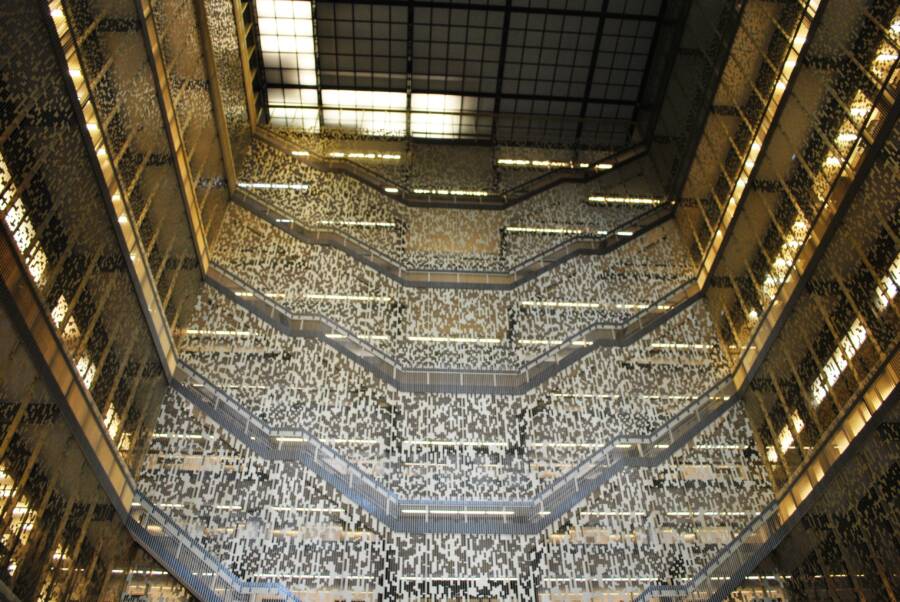 But some think that the Vessel is beyond saving.

“Not only does the tragedy of four suicides mark the Vessel,” she wrote, “but the idea that this gargantuan chunk of shiny, copper-colored steel is a sculptural amenity for the citizens of New York is the biggest folly of all.”

Others had more creative solutions. Architecture writer Fred Bernstein floated tearing down just the top half of the Vessel. Or, maybe, sinking the whole thing in the Atlantic Ocean.

“I wonder if it could be sunk into the ocean for scuba divers or as an artificial coral reef for marine life,” he said.

For now, the Vessel sits empty in Hudson Yards. An abandoned husk, it’s become more of an elusive art piece than an interactive sculpture. And maybe it should stay that way.

“To a certain extent, it’s art for art’s sake,” noted Elyse Manterfield, a tourist from St. Louis, Missouri who came to see the Vessel. “I’d be OK not being able to climb it and simply experience it.”

But moving forward, the goal remains the same: tp prevent suicides. Whether the Vessel opens with modifications or remains closed for good, its founders hope that it will never again be the site of another tragic death.

After reading about the possible closure of the Vessel in NYC, read about the most famous suicides in history. Or, look through these old New York photos from before the age of skyscrapers.