From 1998 and 2004, the Beasts of Satan were a heavy metal collective and satanic cult whose members were convicted of killing two teenagers and burying a 27-year-old woman alive. 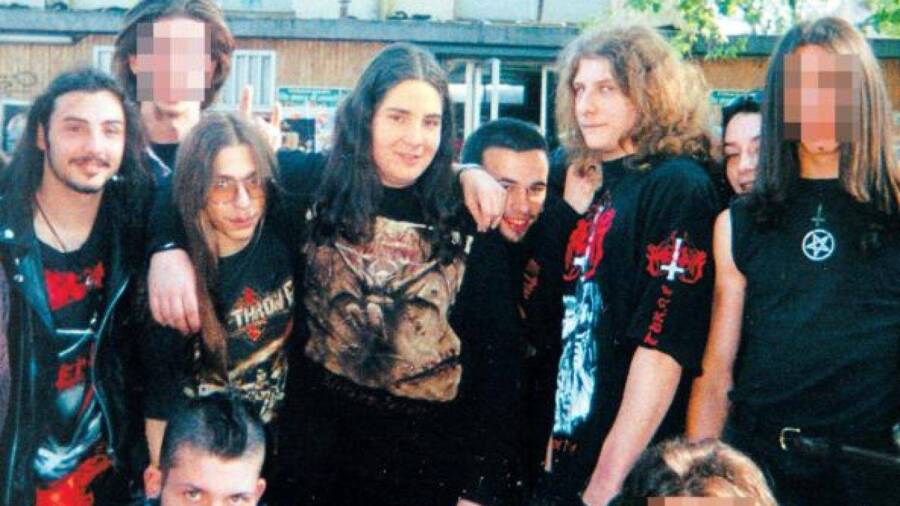 Tollis FamilyThe Beasts of Satan were a heavy metal collective and Satanic cult responsible for at least two ritual murders in Italy in 1998. Pictured at the center is Fabio Tollis, one of their victims.

In 2004, the Beasts of Satan and their shocking murders dominated the Italian headlines.

As the “Satanic Panic” died down in the United States in the late 1980s and 1990s, it was on the rise in Italy. Much of the panic centered around pedophelia, and claims were easily debunked. But there was a darker, very real scene growing in and around Milan at the same time that went largely overlooked — until it couldn’t be anymore.

In 2004, Andrea Volpe was arrested for the murder of his ex-girlfriend. While he was interrogated, he confessed to two more murders six years prior. But they weren’t just any killings. In 1998, Volpe and a cult known as the Beasts of Satan had killed two teens, Fabio Tollis and Chiara Marino, in a drug-fueled ritual sacrifice.

Italy’s fear of other-worldly evil grew so strong that the Italian police force set up a Satan Squad in 2006 to investigate what they perceived to be the “growing threat of Satanism.” And today, the Beasts of Satan stand accused of involvement in up to 14 other deaths.

The Beasts of Satan Murders 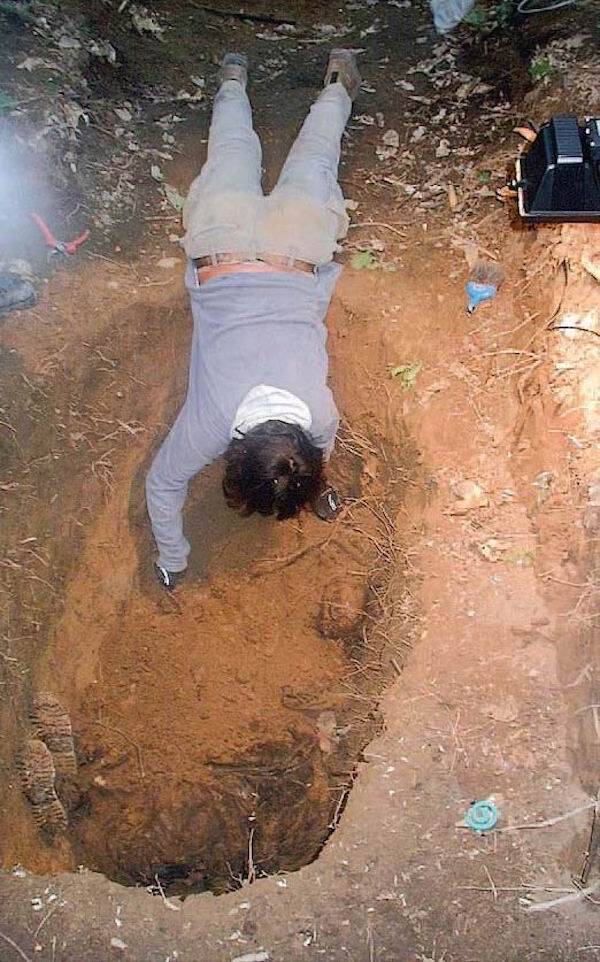 MurderpediaAn investigator uncovers the bodies of Fabio Tollis and Chiara Marino in 2004.

The Beasts of Satan have been called many things: a band, a collective, a cult. Many members played music, but not all. What united them was their shared interest in sex, drugs, metal, and death. At night, they would congregate at the Midnight Pub in Milan, the epicenter of the heavy metal scene in the city.

The first murders happened on Jan. 17, 1998. That night, 16-year-old Fabio Tollis, a bassist with a band associated with the Beasts of Satan, and Chiara Marino, his 19-year-old girlfriend, went to the Midnight Pub to see a show and meet up with other members of the cult. They never returned home.

At some point in the night, the de facto leader of the cult, a man named Andrea Volpe, lured them out of the pub. He and others drove out of the city and into the woods near Somma Lombardo, about 30 miles northwest of Milan.

There, they gathered in a circle, drank, and took more drugs. Then, Volpe and at least seven accomplices told them Marino was to be sacrificed. According to one member, Volpe saw Tollis as a threat to his power and wanted to teach him a lesson. Others say she was killed because she looked like the Virgin Mary.

When Tollis tried to save her, they both ended up dead. Marino was stabbed directly through the chest into her heart, while Tollis was viciously beaten with a hammer.

According to one account, once they were dead, Sapone ritualistically shoved chestnut leaves down their throats, dipped a cigarette in their blood, and smoked it, declaring, ‘Now you’re both Zombies! Try and get out of this hole, if you dare!”

Then, their bodies were thrown into a pit, still in their clothes, and left for six years while Italian investigators chalked their disappearance up to two lovers running away together.

But one person, Michele Tollis, Fabio’s father, never bought that account and spent the next half-decade searching the continent for his missing son.

Michele Tollis’ Search For His Son 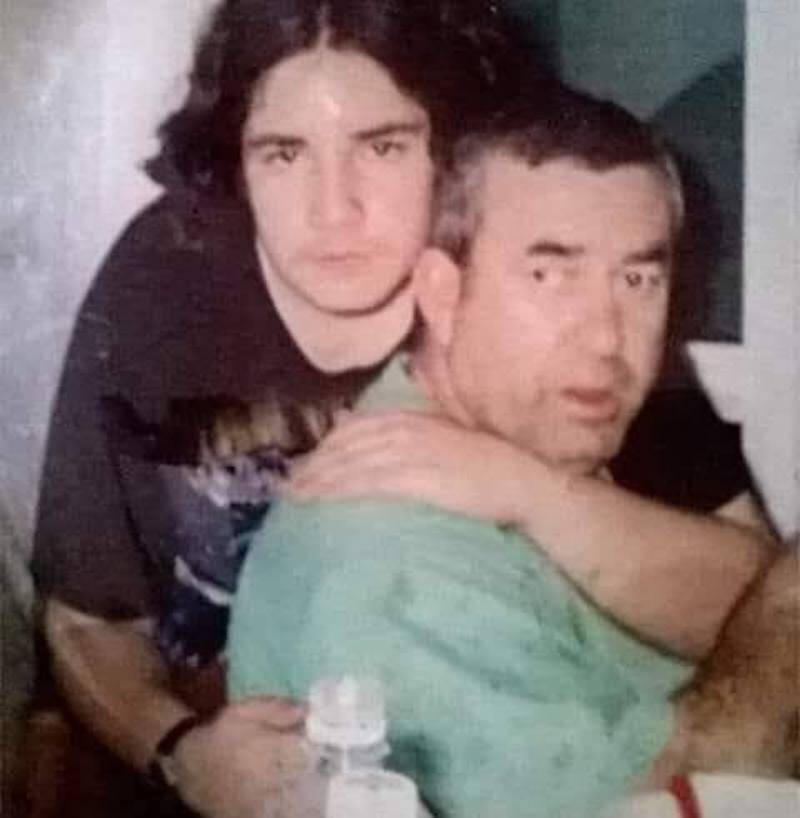 via ALB-ItaliaFabio and Michele Tollis in an undated photo. Michele spent six years investigating what happened to his son.

Fabio Tollis’s father, Michele, and Marino’s mother, Lisa, tried for more than six years to get authorities to investigate the murders of their children. Their efforts were in vain.

In an interview with an Italian blogger, Michele detailed how he would search for his son himself when the authorities refused to take his pleas seriously.

“I began to get involved in the heavy metal nightlife,” he explained.

“There I met musicians, you know, just fans. But they would turn out to be the same guys who, years later, were revealed as my son’s killers. Some rumors circulated about the presence of a Satanic sect — but I didn’t take those rumors seriously.”

Michele also described how he would place leaflets in all the fanzines in the hopes that someone would be able to help him find his son’s body. He even started going to heavy metal festivals, making connections with people who knew Fabio and Chiara, and documenting all the relationships he uncovered.

By 2004, he had become so familiar with the heavy metal scene in Northern Italy that he knew just about every person who could recall having met his son. But it would be years before the truth finally came out.

The Death Of Mariangela Pezzotta 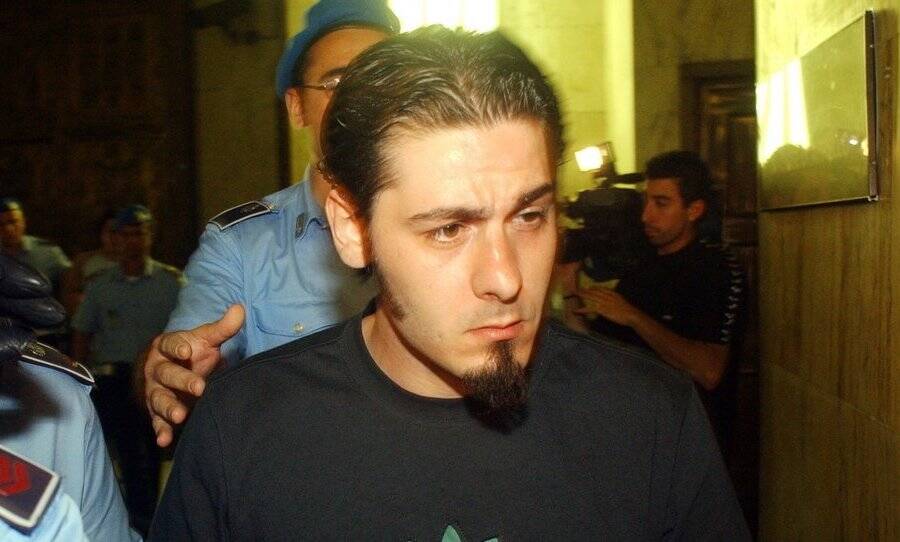 via Il MattinoAndrea Volpe is escorted from the Italian Court of Appeals in Milan in 2006.

On Jan. 24, 2004, Volpe and his girlfriend, 18-year-old Elisabetta Ballarin, committed yet another heinous murder. This time, their target was 27-year-old Mariangela Pezzotta, Volpe’s ex-girlfriend.

Police found her body in Golasecca, another small town not far from Somma Lombardo. Volpe later admitted that he shot Pezzotta in the throat but then called a friend, Nicola Sapone, because she hadn’t died.

Together, they took Pezzotta to a greenhouse at Ballarin’s parent’s house, where Sapona beat her with a spade before they buried her while she was still alive. Investigators believe Volpe targeted her because she intended to go to the police about the killing of Tollis and Marino.

When news broke that police arrested Andrea Volpe that summer for Pezzotta’s murder, Michele Tollis recognized the name. He immediately went to the Carabinieri, Italy’s national police, and laid out his work.

“He had carried out a true investigation on the disappearance of his son and his son’s girlfriend, all on his own,” investigator Teniente Enzo Molinari told the BBC. “He backed it up with a very convincing body of paperwork and photographs which he had gathered over the past six years.” 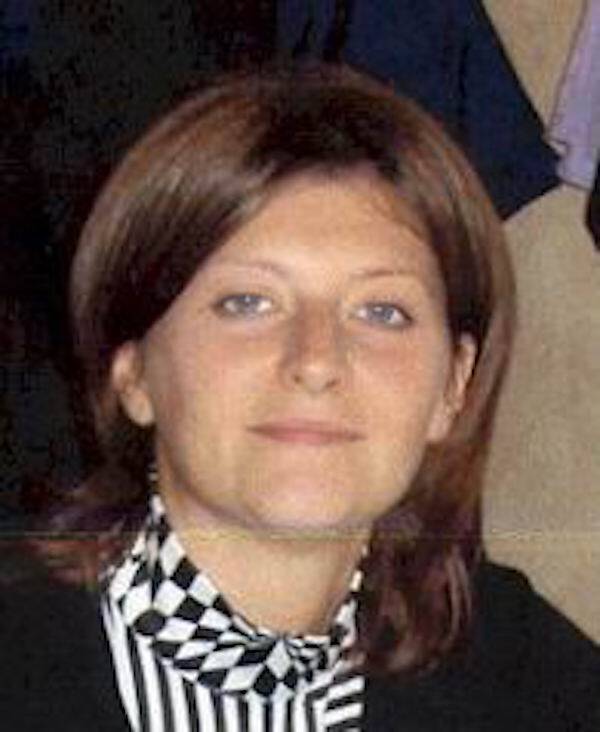 MurderpediaMariangela Pezzotta, whose murder led investigators to the truth behind the 1998 Beasts of Satan slayings.

When they questioned Volpe with the information from Tollis, he broke. Hoping for a reduced sentence, he took the investigators to the bodies of Marino and Tollis. Volpe and his accomplices were tried in the northern Italian town of Busto Arzisio in the Lombardy district.

The convictions happened swiftly and harshly. Volpe was sentenced to 30 years in prison — 10 more than the prosecution originally asked for. Sapone, who police believed masterminded the killings of Tollis and Marino, received a life sentence.

Four other accomplices — including Ballarin — were sentenced to between 24 and 26 years in prison.

Upon Volpe’s sentencing, Lisa Marino blamed Italian authorities for not listening to her cries for help. “We’ve got justice for Chiara. Now Volpe will have to stay in jail for 30 years,” she said. “If people had listened to me seven years ago, Mariangela would never have been killed.”

The Fallout from The Beasts of Satan 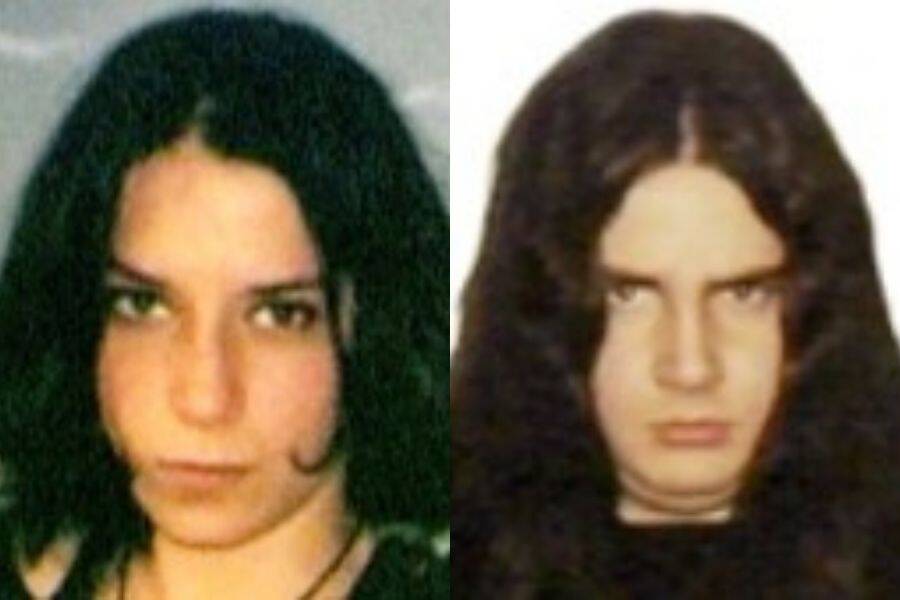 MurderpediaThe brutal deaths of Chiara Marino (left) and Fabio Tollis (right) at the hands of a Satanic cult led Italian authorities to tamp down on all manner of activities associated with the occult.

While the Beasts of Satan — and Volpe, in particular — never denied their crimes, the motives behind the murders were always questionable.

While investigators — and the Italian media — insisted that Satanism was the culprit behind the murders, the reality seems to be that Andrea Volpe was a disgruntled young man obsessed with killing everyone he perceived to be “slighting” him. Drugs, too, played a huge part in Volpe’s disposition and were likely a factor in Volpe’s homicides.

In 2004, Mario Maccione accused the cult of being connected to as many as 14 mysterious deaths in northern Italy, including several suspicious suicides of people either in, or with connections to the Beasts of Satan.

But Italian police have yet to prove these allegations, and no evidence of the Beasts of Satan’s involvement has been found to this day. Elisabetta Ballarin was released from prison in 2017, while Andrea Volpe was released in April 2020.

Francesca Cramis, the lawyer for one of the Beasts of Satan, also argued that her client’s propensity to listen to “death metal” prompted the tragedy and implied that it was originally meant to be “a game” that they all played.

“They listened to death metal,” she said before the trial. “These are guys who have severe problems and they convinced themselves that they had the power to kill others. It was born as a game but ended in tragedy.”

After reading about the shocking Beasts of Satan murders, learn about Anneliese Michel, the woman whose terrifying experiences inspired The Exorcism of Emily Rose. Then, read the stories of 11 famous murders that remain bone-chilling to this day, from the Black Dahlia to the Manson Family.