Neerja Bhanot, The Hero Of Pan Am Flight 73 Who Sacrificed Herself To Save Hundreds

When hijackers took Pan Am Flight 73 hostage in September 1986, Neerja Bhanot bravely helped passengers escape and was ultimately killed while shielding three children from a hail of bullets. 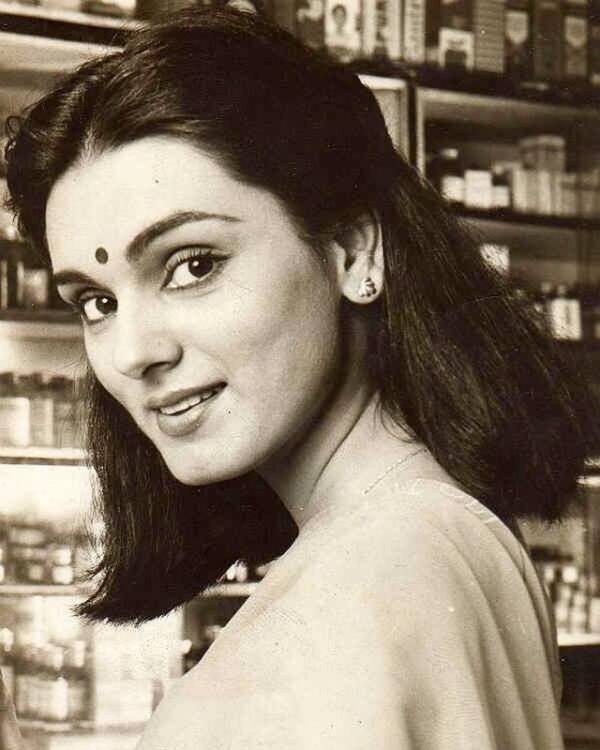 Instagram/SonamKapoorNeerja Bhanot had a thriving career as a model before becoming a heroic attendant aboard Pan Am Flight 73.

Neerja Bhanot was working as a senior flight attendant for Pan American World Airways when tragedy struck on the morning of Sept. 5, 1986. While on a routine stopover in Pakistan, Pan Am Flight 73 was hijacked by four armed Palestinian terrorists. Though nearly everyone was paralyzed with fear, Neerja Bhanot wasted no time in trying to diffuse the situation.

Though she was only 22 at the time, Bhanot’s quick thinking saved the pilots and hundreds of others from a treacherous 17-hour ordeal that claimed 20 lives — including her own. A hero to the end, she was shot to death while protecting three children from gunfire. This is her remarkable story.

Who Was Neerja Bhanot? 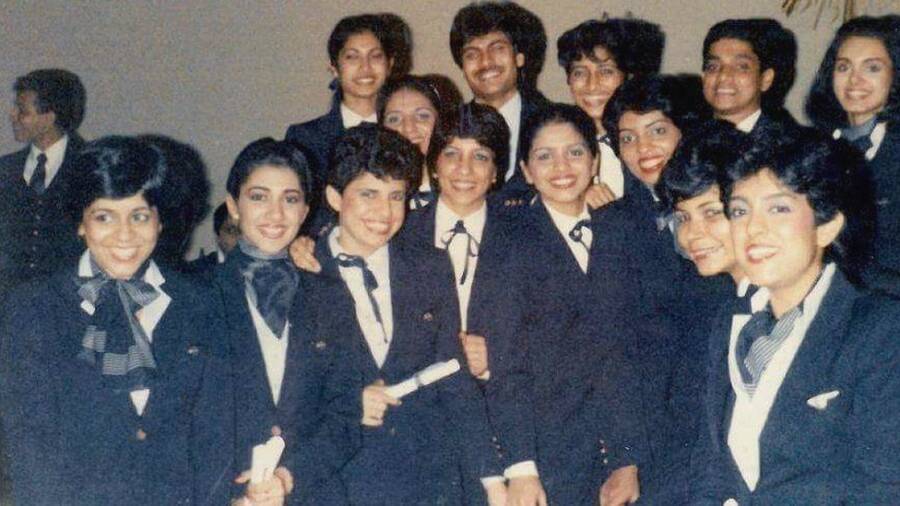 FacebookThe crew of Pan Am Flight 73 — who were all in their 20s.

Born on Sept. 7, 1963, in Chandigarh, India, Bhanot moved to Mumbai as a teenager. She had just enrolled at St. Xavier’s College when a photographer saw her on campus and she began modeling for stores like Paville and products like Vaporex.

Raised in the local customs, Bhanot agreed to an arranged marriage that her family had organized. She tied the knot with a man from the United Arab Emirates in March 1985, but discovered that he was abusive shortly afterward. Shirking tradition, she divorced him after two months and decided to become a flight attendant.

With her trained poise and natural looks, Neerja Bhanot was picked out of 10,000 applicants to become a new air hostess for Pan American. At the same time, Palestine’s Abu Nadal terrorist organization grew increasingly hostile towards Israel and its allies, and particularly the United States for supporting the imprisonment of Palestinian rebels.

It was only a year after Neerja Bhanot was first hired by Pan Am that the organization launched its nefarious plot to hijack Pan Am Flight 73, which they planned to reroute to Cyprus and then Israel to free Palestinian prisoners.

As the plane was about to depart from Karachi, Pakistan, shortly before dawn that fateful morning, Bhanot and the passengers were met with deafening gunfire.

Her Heroics During The Hijacking Of Pan Am Flight 73 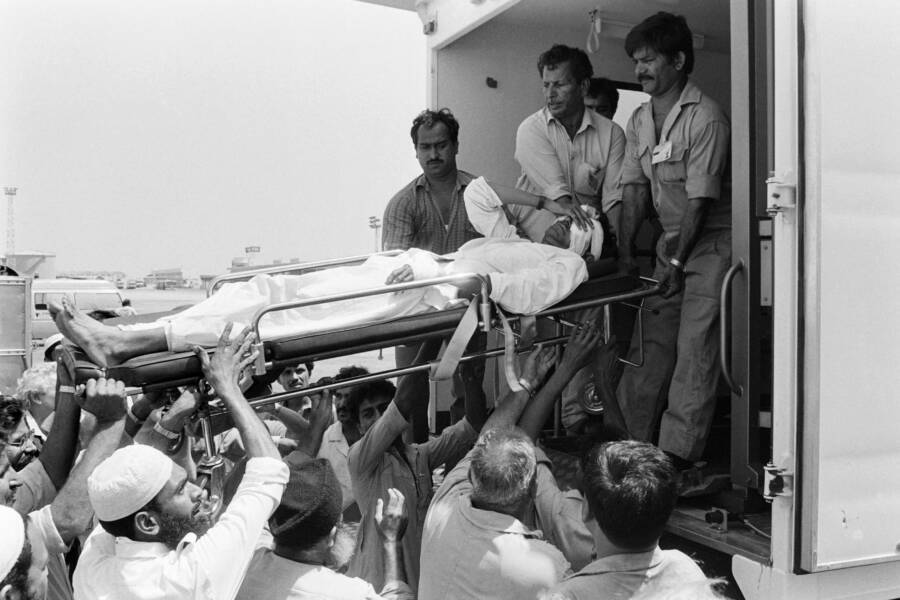 It was around 6:00 a.m. when the terrorists crossed the Karachi Airport tarmac in a van with wailing sirens and dressed as Airport security. As they boarded the plane, Bhanot shouted the code for “hijacking” over the intercom while flight attendant Sherene Pavan immediately punched the code in.

This allowed airport officials to take note and keep the aircraft grounded while authorities were called as well as give the pilots a chance to escape. When one of the hijackers opened the door to the cockpit, he was shocked to discover that it was empty.

Karachi’s Pan Am director Viraf Doroga appeared on the tarmac and emptily promised to provide the terrorists with a new pilot within the hour. When no pilot arrived, the hijackers began to single out westerners.

They brought 29-year-old American Rajesh Kumar to one of the plane’s doors and, in full view of the authorities, shot him in the head and dumped his body onto the tarmac. Four hours later, they demanded crew members collect every passenger’s passport.

Bhanot courageously hid any U.S. passports and delegated her colleagues to follow suit, dumping documents in the trash or down toilets. Claiming no Americans were on board, she tended to her passengers by serving them sandwiches and drinks and keeping them calm.

Finally, after 17 harrowing hours, the power on the plane suddenly cut out. Failing to detonate their explosive belts, the gunmen instead fired into the aisles with abandon.

Neerja Bhanot rushed to open one of the emergency exits and help passengers down the slide, and was shot dead while shielding three children.

According to a survivor, Bhanot wasn’t just killed in the crossfire — she was intentionally executed. When one of the hijackers realized that she was protecting passengers, he brutally grabbed Bhanot by her ponytail and shot her point-blank. This account is somewhat debated, however. 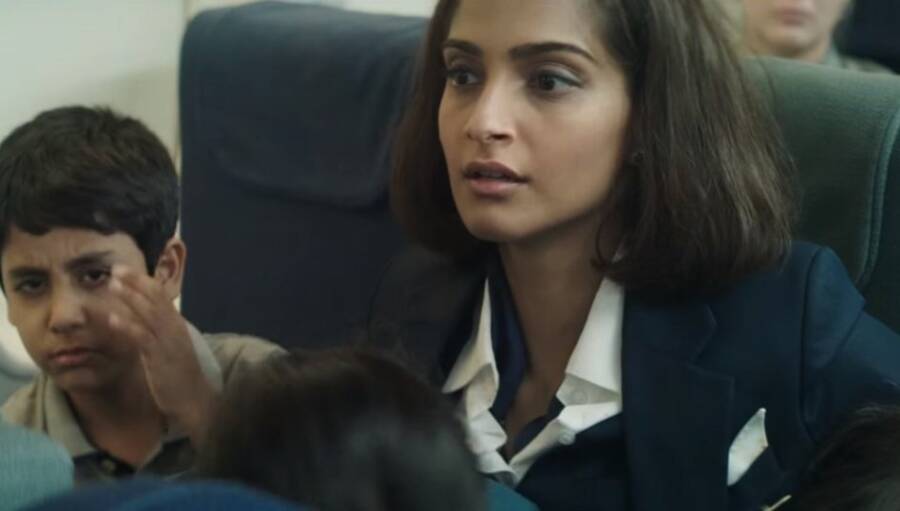 Equinox FilmsSonam Kapoor as Neerja Bhanot in the 2016 film Neerja.

Following the hijacking, a fifth terrorist was apprehended and all five were tried and charged in Pakistan. One of the hijackers was imprisoned in the United States, while the others were turned over to Palestinian officials who released them in 2008. They remain at large to this day.

Bhanot was two days shy of her 23rd birthday when she became one of the 20 fatalities that day. Additionally, more than 100 of the 360 passengers on board were injured.

Bhanot became a posthumous hero and was given the highest peacetime award for bravery in India. In 2004, the Indian Postal Service released a stamp commemorating her, and in 2016, a thriller titled Neerja chronicled her bravery.

For those aboard the plane that day, her heroics gave them new life, and one of the children she saved later became a pilot.

After learning about the heroic airline hostess Neerja Bhanot, read about the “celebrity terrorist” known as Carlos the Jackal. Then, read about how British teen Samantha Lewthwaite became a Muslim terrorist.