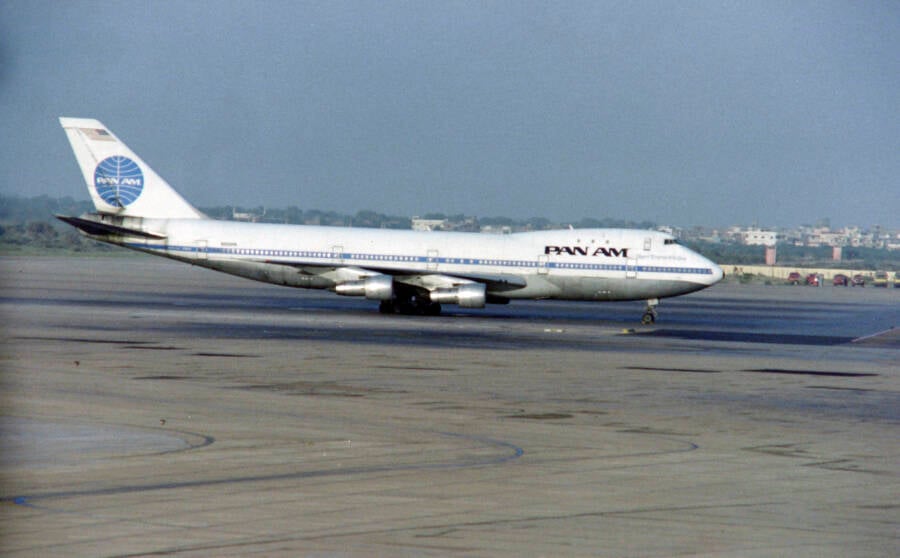 It was shortly before dawn on Sept. 5, 1986, when approximately 400 passengers aboard Pan Am Flight 73 were taken hostage by four Palestinian terrorists.

The Boeing 747 had only just landed in Karachi, Pakistan, when members of Palestine’s Abu Nidal Organization rushed the plane, armed with explosive belts, grenades, and AK-47s.

Their plan was to reroute the flight to Cyprus and Israel in order to free Palestinian prisoners as well as to revolt against the United States by executing passengers of western origin.

By the end of the 17-hour ordeal, 20 of the 379 passengers aboard were killed with more than 100 left seriously injured — and the hijackers remain at large to this day.

The Hijacking Of Pan Am Flight 73 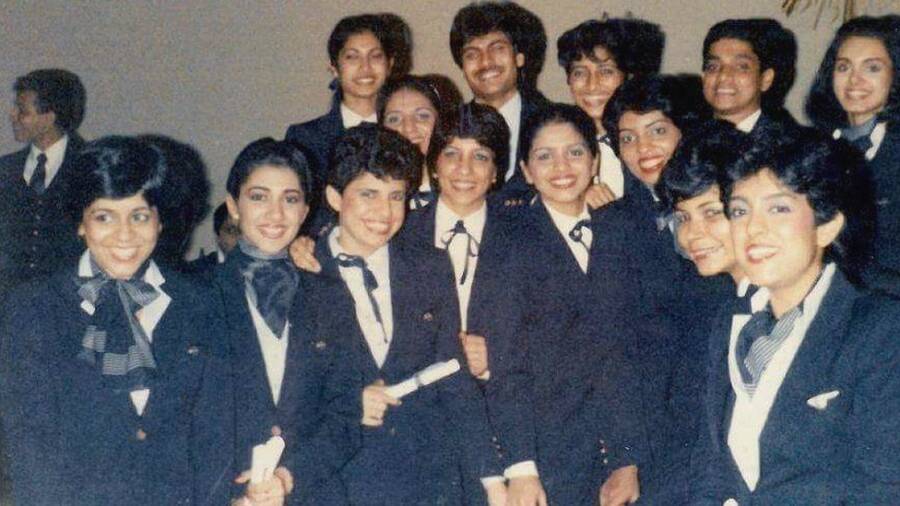 FacebookThe crew of Pan Am Flight 73.

Pan Am Flight 73 had just touched down in Karachi after departing from Mumbai, India, and was en route to Germany and then New York when the Palestinian gunmen commandeered it around 6:00 a.m. that fateful September day.

They had shrewdly disguised themselves as members of the Airports Security Force and therefore had no trouble crossing the tarmac in a van with blaring sirens.

As they boarded the plane, one of the gunmen fired near the feet of a crew member and shouted for her to lock the cabin door. Another forced flight attendant Sunshine Vesuwala to lead him to the captain.

Yet to be spotted by the gunmen, flight attendant Sherene Pavan alerted the cockpit by using the intercom code for “hijacking.” In a decision oft-derided to this day, the pilots fled the plane through an escape hatch in the ceiling. Vesuwala and the hijackers alike were thus stunned to find the cockpit empty. 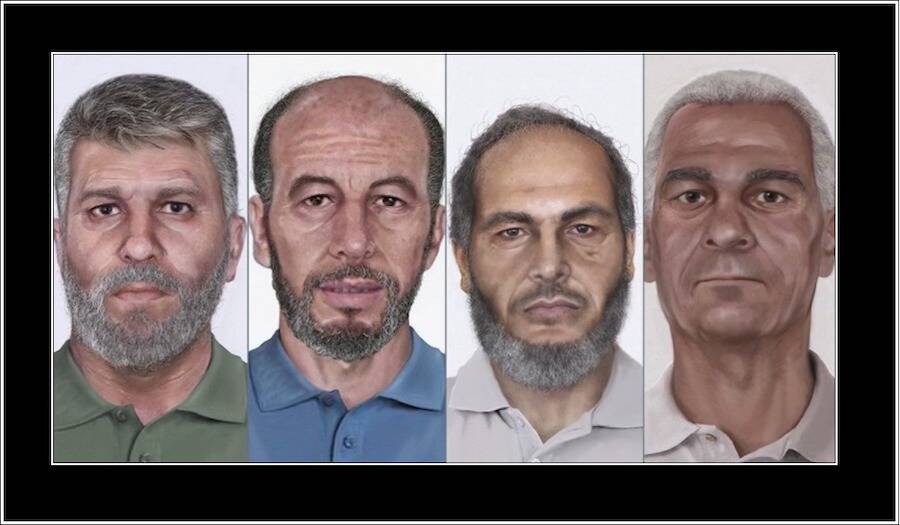 “I noticed immediately that the escape devices in the cockpit had been deployed,” Vesuwala said. “But I pretended not to. I wanted to give the pilots time to escape.”

She added that she was relieved the three pilots had escaped, hoping they would return with help. But then, Viraf Doroga, Karachi’s Pan Am director, contacted the terrorists over a megaphone. He promised them a new set of pilots to fly them wherever they wanted within the hour.

But those pilots never materialized, and the hijacking turned lethal. 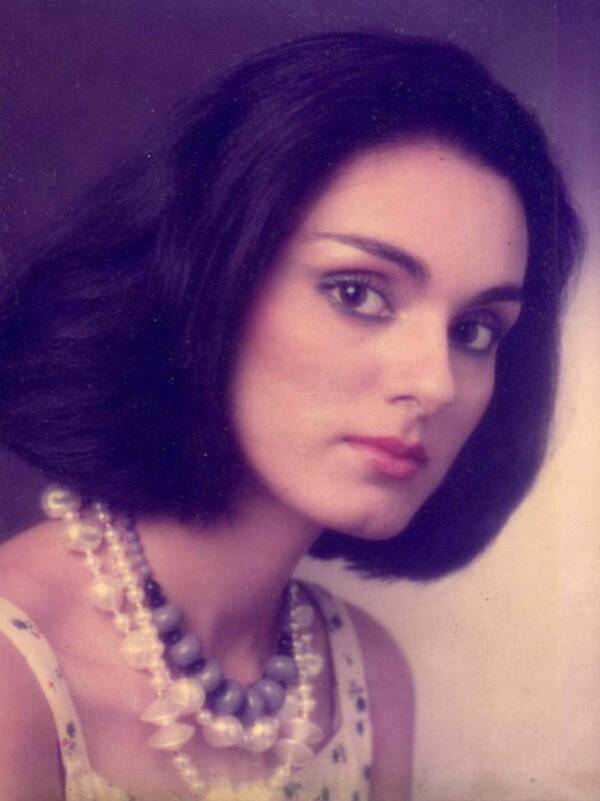 Furious with the broken promise, the hijackers forced 29-year-old American passenger Rajesh Kumar to the open aircraft doors and shot him in the head.

Four hours after throwing his body off the plane, the terrorists forced the flight attendants to collect everyone’s passports so that they could identify all the other American passengers on board, but the attendants bravely hid as many American documents as they could.

Without a single U.S. passport in hand, the terrorists settled for British passengers and ordered them to sit on the floor. Meanwhile, lead hijacker Zaid Hassan Abd Latif Safarini used the attendants as human shields to peer through the cockpit window and assess the situation.

“He said he was looking for American fighter planes,” one attendant recalled.

As the hours passed, Safarini began to flirt with Vesuwala. He even invited her to join him in Cyprus before catching her glance at the emergency ax nearby.

“Don’t even joke about it,” he told her. 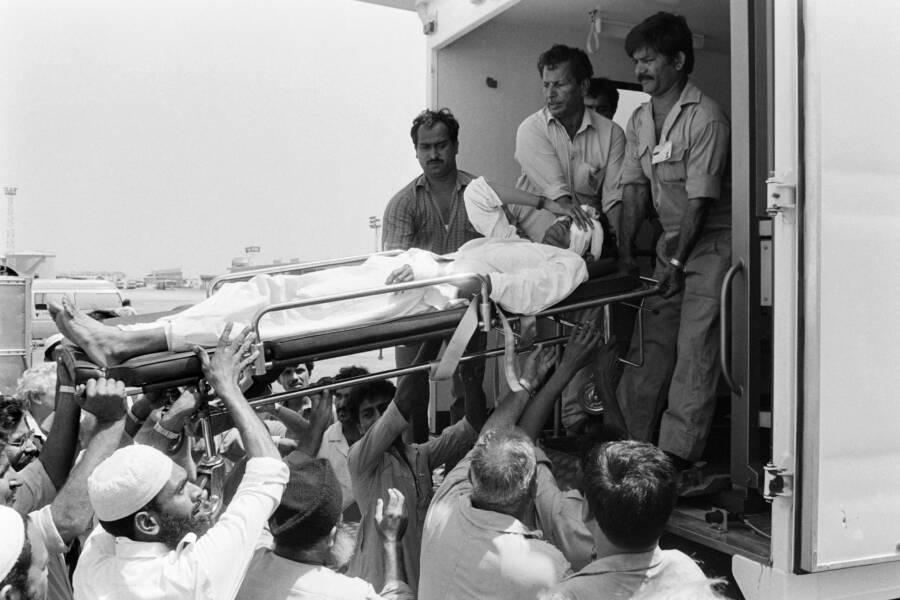 Safarini began to tire of the empty promises outside and alerted negotiators that a passenger would be killed every 15 minutes until a pilot arrived.

Neerja Bhanot handed out water as her colleague passed sandwiches around. When the sun began to set and the onboard power supply shut down, the situation spiraled.

Then, the power on the plane failed and all the lights went out. Terrified crew members and passengers huddled in the middle of the plane as one of the hijackers shot at another wearing an explosive belt, hoping to blow up the whole plane.

That plot failed, and the gunmen instead fired into the masses from both aisles with indifference.

Three doors were opened by Bhanot and another passenger in the process, with many taking the 20-foot leap of faith to save their lives — including three of the hijackers.

The Terrorists Remain At Large 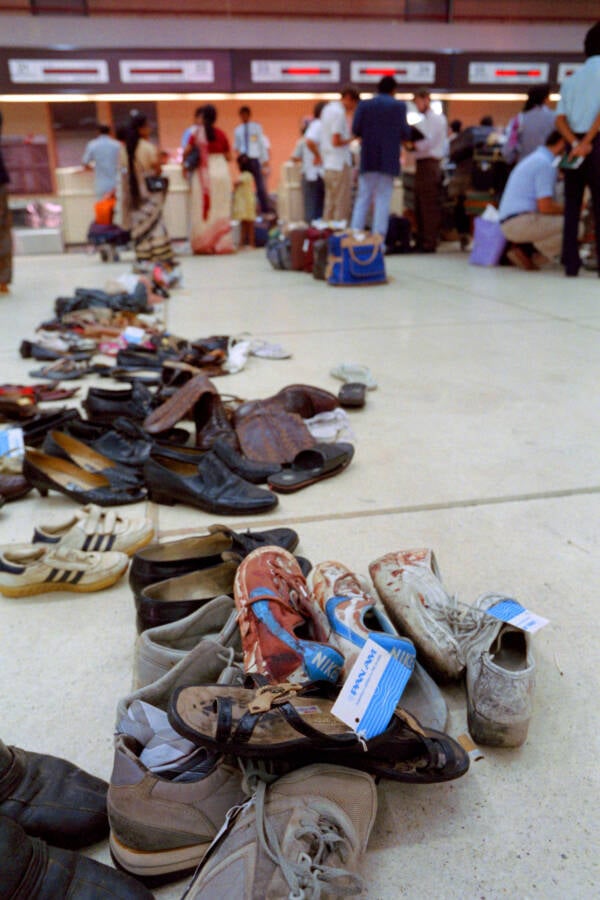 Courageous crew members like Sunshine went back into the plane to look for survivors when the gunfire ceased and found Neerja Bhanot, who had been shot while protecting three children.

She was just one of 20 fatalities that day. More than 100 of the 379 passengers were injured.

Pakistani soldiers rushed the plane to arrest the remaining hijackers, while three were caught fleeing the tarmac by airport security. Hundreds of blood-soaked shoes and clothing littered the Karachi airport.

Though the four hijackers and a fifth accomplice — Jamal Saeed Abdul Rahim, Muhammad Ahmed al-Munawar, Wadoud Muhammad Hafiz al-Turki, Muhammad Abdullah Khalil Hussain ar-Rahayyal, and Safarini — were convicted in Pakistan in 1988 and sentenced to death, Safarini was released in 2001 and the others in 2008. 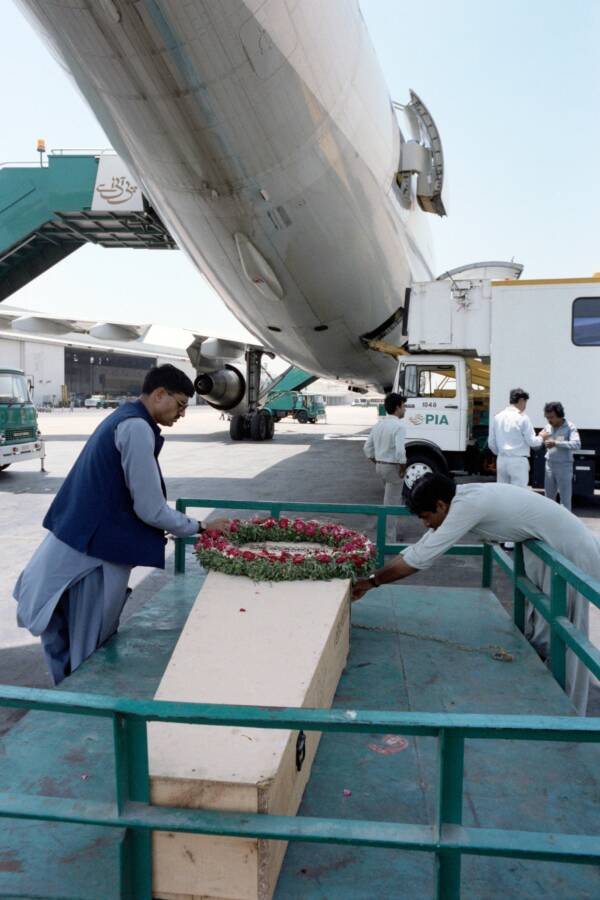 Fortunately, the FBI arrested Safarini in Bangkok the year he was released. He received a sentence of 160 years in prison after pleading guilty to 95 counts and remains incarcerated in Florence, Colorado.

The other four have ominously disappeared since their release, with the FBI confident they live somewhere in the Middle East.

The FBI has since offered a $5 million reward for information leading to their arrests, and released digitally aged photos based on their mugshots from 2000.

Tragically, most of the Pan Am Flight 73 hijackers have managed to evade justice, as the 40th anniversary of the tragedy looms ahead.

After learning about the terrorist hijacking of Pan Am Flight 73, read about how Uli Derickson saved 152 passengers from Hezbollah hijackers. Then, learn about Carlos the Jackal, history’s first “celebrity terrorist.”