Born Ilich Ramírez Sánchez in Venezuela, Carlos the Jackal found worldwide infamy in the 1970s as a Marxist revolutionary and terrorist who admitted to killing at least 80 people. 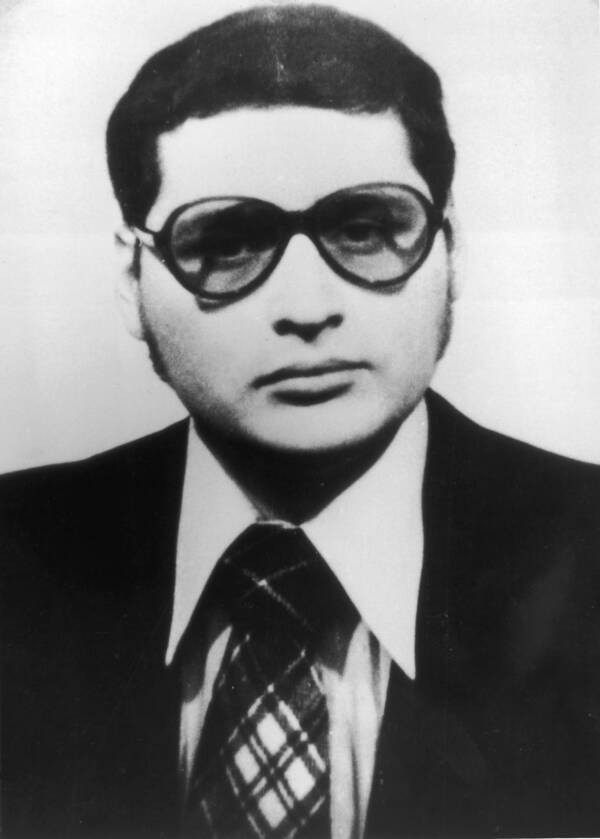 Throughout the 1970s, Venezuelan-born Ilich Ramírez Sánchez, alias “Carlos the Jackal,” waged a campaign of terror and violence in the name of Palestinian liberation and communism.

Hunted by Israel, France, the United States, and many others, he was finally captured after a 20-year career of assassination, hostage-taking, extortion, and terrorism. Over the years, he took credit for at least 80 murders and seemed to relish in his blood-soaked fame.

This is the story of how one of the world’s most dangerous and determined terrorists went from taking hostages and taking lives to serving a life sentence. 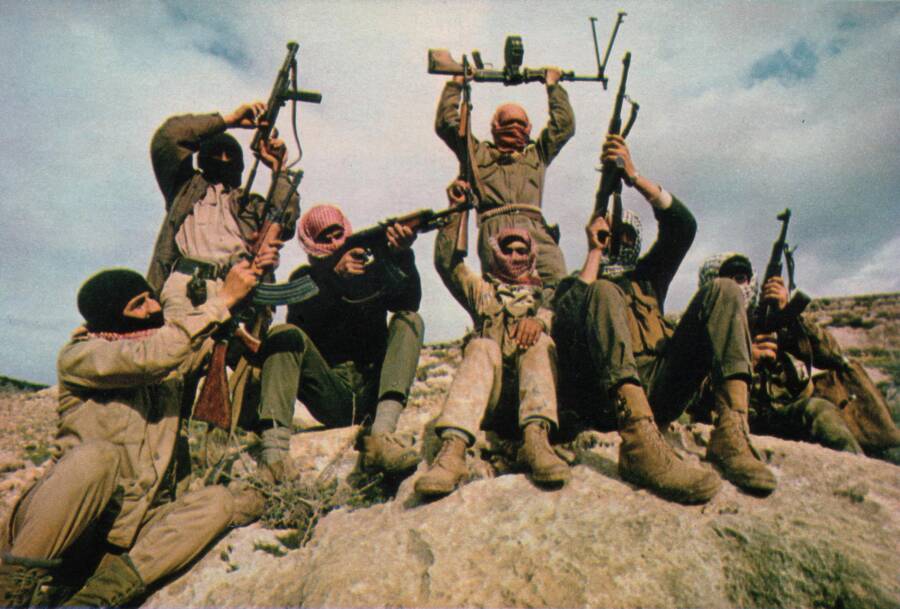 Wikimedia CommonsPFLP fighters were trained in camps in Jordan, where the more serious of them, like Carlos, were taught to use explosives, firearms, mechanics, and a variety of other skills needed for clandestine warfare.

Born on October 12, 1949, in Caracas, Venezuela, Ilich Ramírez Sánchez was trained for war from an early age.

His father, José Altagracia Ramírez Navas, a successful lawyer and dedicated Marxist, named his three sons Ilich, Vladimir, and Lenin in tribute to the first premier of the Soviet Union, in spite of the protests of the boys’ Catholic mother, Elba.

At home, Ramírez Sánchez learned the principles of Marxism-Leninism as soon as he could talk. He provoked great pride in his father by reading a biography of Lenin twice before he turned 10. The interest Ramírez Sánchez took in José’s political beliefs made him the favorite child.

Ramírez Sánchez’s early education took place at a school known for its radical leftist syllabus, and he participated in riots and protests as a teenager before allegedly undergoing guerrilla training in Cuba.

By 1966, when Ramírez Sánchez was 17, the Venezuelan government was growing increasingly violent towards dissidents, and his parents’ marriage fell apart. His mother took the boys to London, and in 1968, Ramírez Sánchez’s father arranged for him to attend Patrice Lumumba University in Moscow.

The university was a training ground for radical political activists, revolutionary leaders, and insurgent fighters run by the Soviet government, who hoped to send the students back to their home countries to foment revolution.

Discipline was strict and expectations were high, so it came as no surprise when Ramírez Sánchez, who preferred chasing girls and partying, was kicked out. This may have been the end of Ilich Ramírez Sánchez, but it was only the beginning for Carlos the Jackal.

Carlos The Jackal’s Rebirth In Palestine 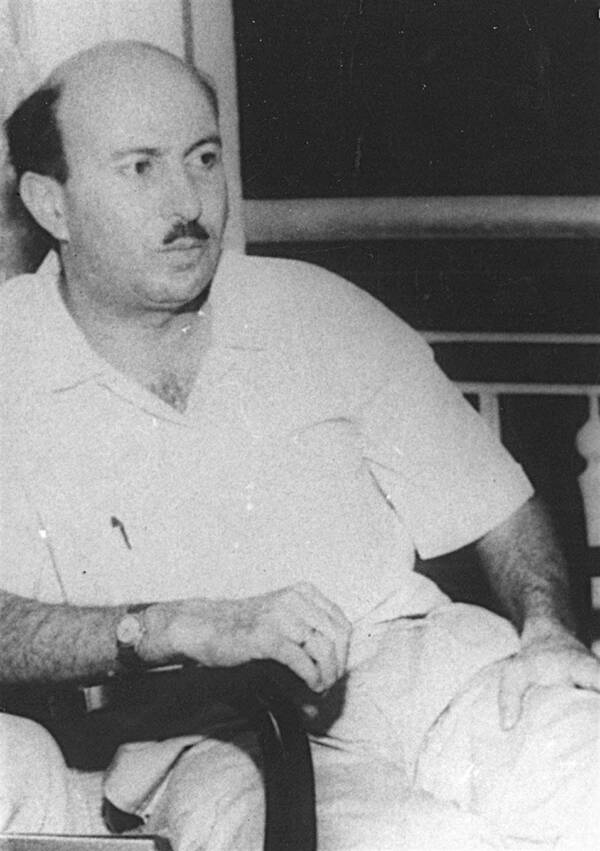 Wikimedia CommonsDr. Wadie Haddad, Carlos’s mentor, inventor of plane hijacking, and ruthless leader of the Popular Front for the Liberation of Palestine.

During his Moscow years, Ramírez Sánchez had become fascinated by the stories Palestinian students told him of the struggle against Israel. Concluding that this struggle was an opportunity to channel his hatred of authority and capitalism, he traveled to Amman, Jordan in the summer of 1970 to begin training with the Popular Front for the Liberation of Palestine (PFLP).

In the training camp, he met Wadie Haddad, a veteran combatant who believed international support for Israel could only be combatted with international terrorists. From the start, he recognized a talent in the young Venezuelan, and he bestowed upon him the nom de guerre “Carlos,” plucked out of thin air.

By 1973, Carlos was a prolific terrorist for the PFLP, attempting to assassinate Jewish retail magnate Joseph Sieff in London, robbing banks in France, bombing newspapers, and attempting to hijack airplanes — a favorite tactic of Haddad.

Over two years, he racked up a sizable record of violence, attacking any target so long as it seemed sympathetic or helpful to Israel. During this time he mainly worked for PFLP, but he also collaborated with the Japanese Red Army in the 1974 occupation of the French embassy in The Hague. He also continued to cultivate his fashionable image and playboy lifestyle. 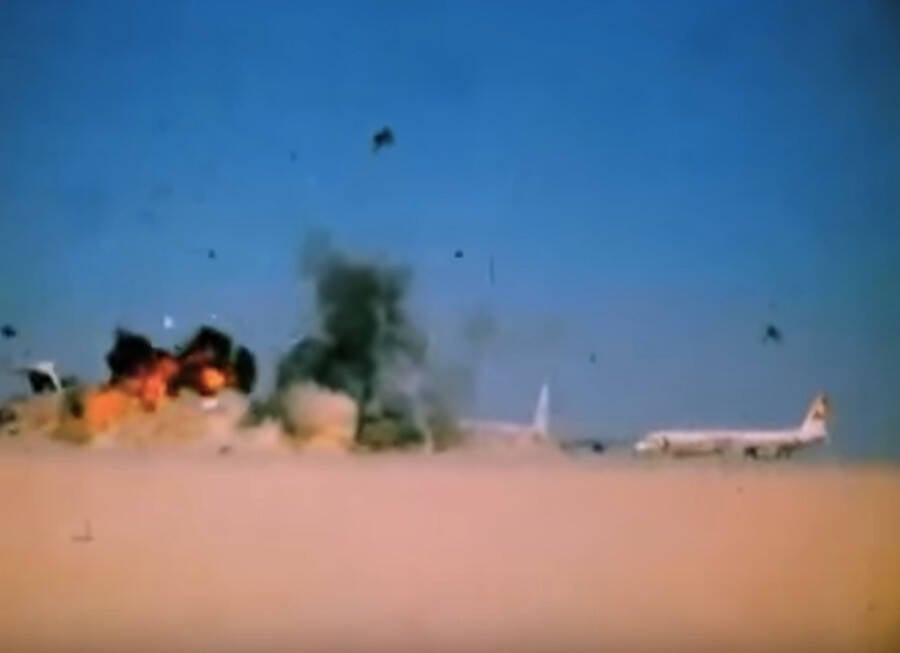 Wikimedia CommonsA favorite tactic of the PFLP was to hijack commercial airplanes and hold the passengers hostage. These planes were stolen and destroyed in the Dawson’s Field Hijackings, just before Carlos joined the group in 1970.

But it couldn’t last forever. In June 1975, his PFLP handler, Michel Moukharbal, was captured by French intelligence officers. Moukharbal gave up every name he knew, agreeing to lead his captors to Carlos’s Paris apartment. When they arrived, Carlos knew the game was up.

He entertained the officers and Moukharbal and offered them drinks, before shooting them to death and fleeing to PFLP headquarters in Beirut.

He left behind a copy of Frederick Forsyth’s 1971 novel The Day of the Jackal, in which a paramilitary group plots to kill French President Charles De Gaulle — and “Carlos the Jackal” was born. 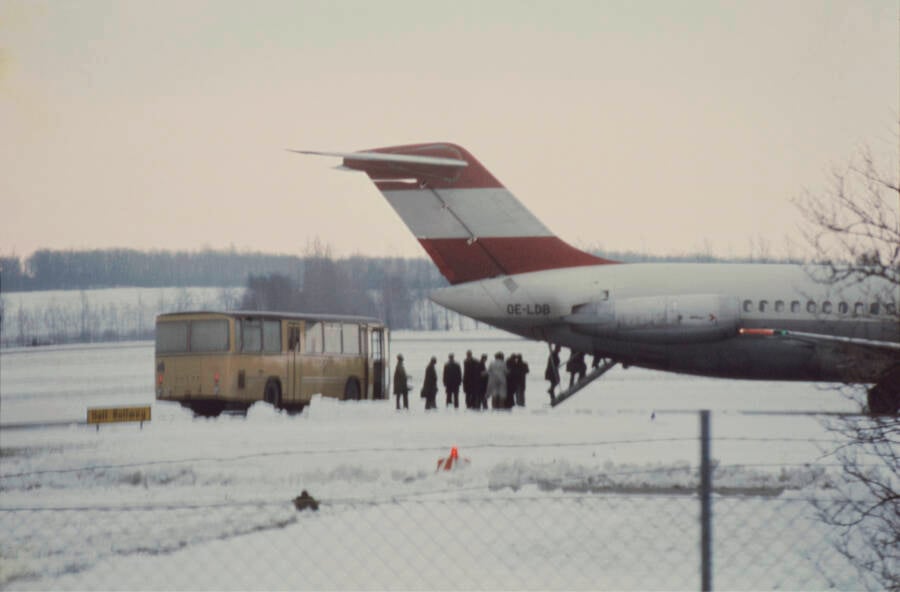 Getty ImagesCarlos’s captives were transferred from OPEC headquarters to a bus, and then to an airplane bound for Algeria.

Bouncing from Beirut to East Germany to Hungary, Carlos was always on the lookout for the next opportunity. By the end of 1975, he’d conceived of an operation that would shock the world and go down in history as the archetypal terrorist attack.

In a plan equal parts brutal, simple, and ambitious, he would assault the meeting of the Organization of Petroleum-Exporting Countries (OPEC) in Vienna.

With a crack team of half a dozen German and Palestinian operatives, he took the 80 representatives in Vienna hostage, including the oil ministers of 11 countries.

The ministers from Saudi Arabia and Iran — at that time a pro-U.S. state — were supposed to be shot immediately, while the others would be ransomed for astronomically large amounts of money in the name of Palestinian liberation.

After undergoing plastic surgery and shedding a great deal of weight, Carlos crossed the Austrian border on Dec. 21, 1975, meeting his team in Vienna. With a smuggled supply of firearms and amphetamines, they set off to OPEC headquarters in the center of the city.

Carlos and his team strolled through the front entrance and opened fire, killing a police officer, a security guard, and a junior member of staff. The attackers divided the hostages into groups and began a siege that lasted through the night.

During the Vienna attack, Carlos had asked an Iraqi diplomat to tell the police that he was “the famous Carlos. They know me.” The well-dressed assassin was clearly pleased with his own notoriety.

Then, his demand for a bus from the Vienna police was eventually granted and he released some of the hostages. Forty-one captives in tow, he headed to the airport to catch a plane to Algiers.

The Jackal’s team then went on to Tripoli, where more hostages were released, before heading back to Algiers again. There the Algerian president, Houari Boumédiène, convinced Carlos to give up the remaining 11 hostages — including Yamani and Amuzegar, the Saudi and Iranian ministers — in exchange for asylum. Just 48 hours after it had begun, the OPEC raid was over.

The Capture Of Carlos The Jackal In Sudan

It’s unknown if Carlos kept any ransom money from the OPEC siege. It’s been suggested that a sum as large as $50 million for the Syrian and Saudi oil ministers was split between Carlos, Haddad, and Haddad’s partner George Habash for their personal use.

If so, then the money seems to have been little consolation for Haddad. He was furious with Carlos for failing to kill Yamani and Amuzegar and expelled him from the PFLP.

Next, Carlos is believed to have helped plan the infamous 1976 Entebbe plane hijacking. It’s also known that he undertook a bombing campaign in France when his wife, Magdalena Kopp, was arrested there, and he may have bombed the offices of a magazine that refused to retract an interview with him. 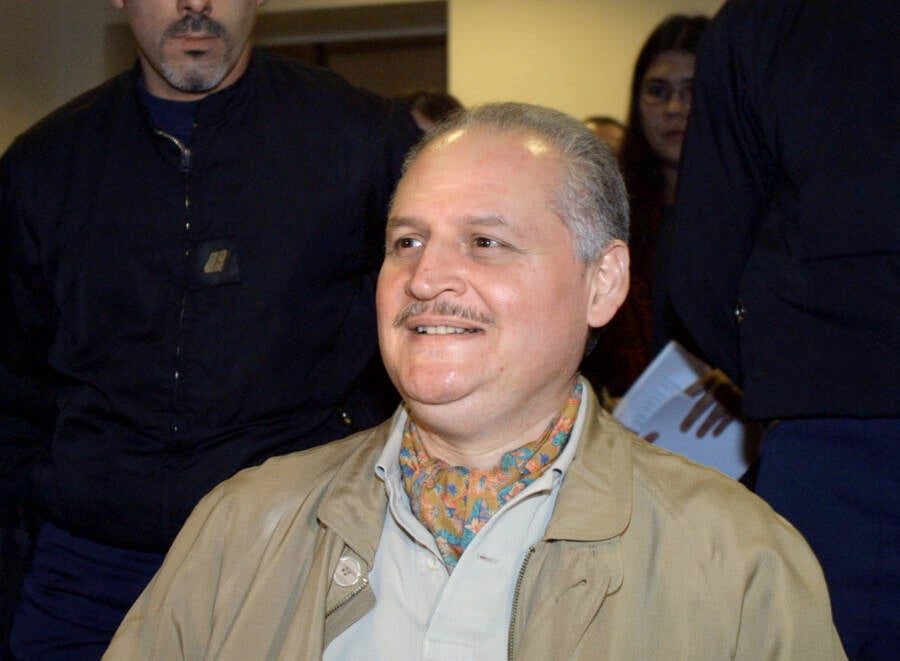 Thomas Coex/Getty ImagesToday, Carlos is one of the most notorious living prisoners in the world.

Drifting through Hungary, France, East and West Germany, Libya, Syria, Iraq, Yemen, and Iran, Carlos finally settled in Khartoum, Sudan, where he kept a low profile after years of attacks.

There, French, Israeli, and U.S. intelligence operatives finally caught up with him in 1994, where they paid off the Sudanese authorities to hand him over and spirited him off to Paris for trial.

There in a 1997 trial, he was convicted of the murder of the French intelligence officers in Paris in 1975 sentenced to life in prison.

Carlos was tried again in 2017 in connection with a 1974 grenade attack in Paris. At trial, he walked into court dressed to the nines and kissed the hand of his lawyer and fiance Isabelle Coutant-Peyre. Though he pled innocent, he was sentenced to a third term of life in prison.

Although he’s attempted several times to petition for release, each effort has been rejected, leaving Carlos the Jackal permanently caged.

After learning the story of Carlos the Jackal, read up on the Black September Massacre, when the murder of Israeli athletes set off a chain reaction of murder and terror. Then, learn about Lehi, the Zionist terrorists who tried to establish Israel with help from the Nazis.