This 33-foot crocodile also had teeth the size of a banana. 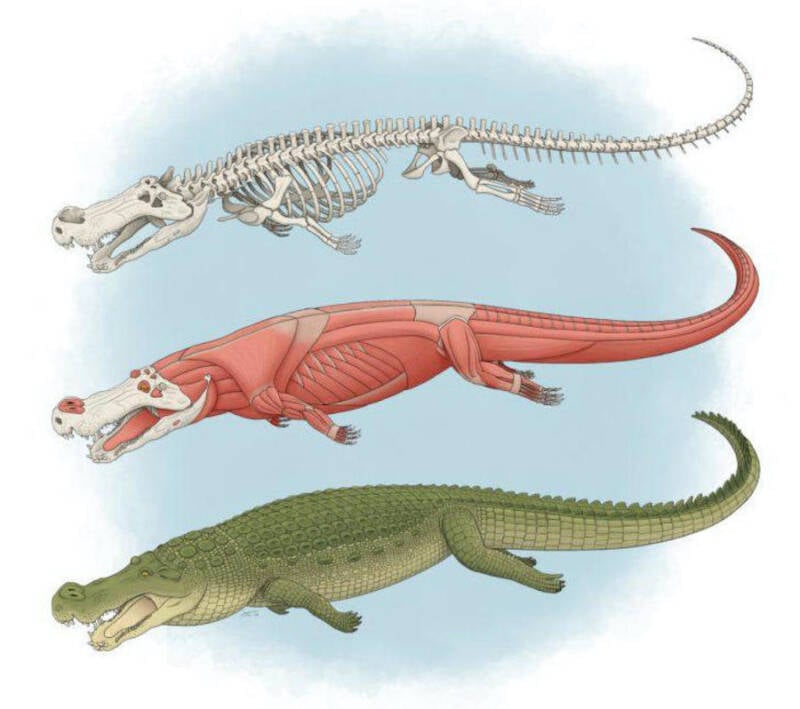 Researchers have been stunned to find a species of ancient crocodile that measured 30 feet in length, had “teeth the size of bananas,” and preyed on dinosaurs. They’re fittingly calling its genus the “terror crocodile.”

According to a study published in the Journal of Vertebrate Paleontology, researchers actually identified three new species of giant prehistoric crocodiles in 2018 all under the genus Deinosuchus.

Deinosuchus hatcheri and Deinosuchus riograndensis both lived between northern Mexico and Montana in the late cretaceous period, some 82 and 75 million years ago. Deinosuchus schwimmeri, which inhabited the wetlands from New Jersey to Mississippi, proved to be particularly horrifying as it could grow to the length of a schoolbus and was likely the largest predator in its ecosystem.

These terror crocodiles potentially outweighed even dinosaurs during their existence.

As lead author and vertebrate paleontologist at the New York Institute of Technology, Dr. Adam Cossette, described them, “Deinosuchus was a giant that must have terrorized dinosaurs that came to the water’s edge to drink. Until now, the complete animal was unknown. These new specimens we’ve examined reveal a bizarre, monstrous predator.”

Even though they have been classified as crocodiles, experts say that Deinosuchus actually more closely resembles modern alligators. 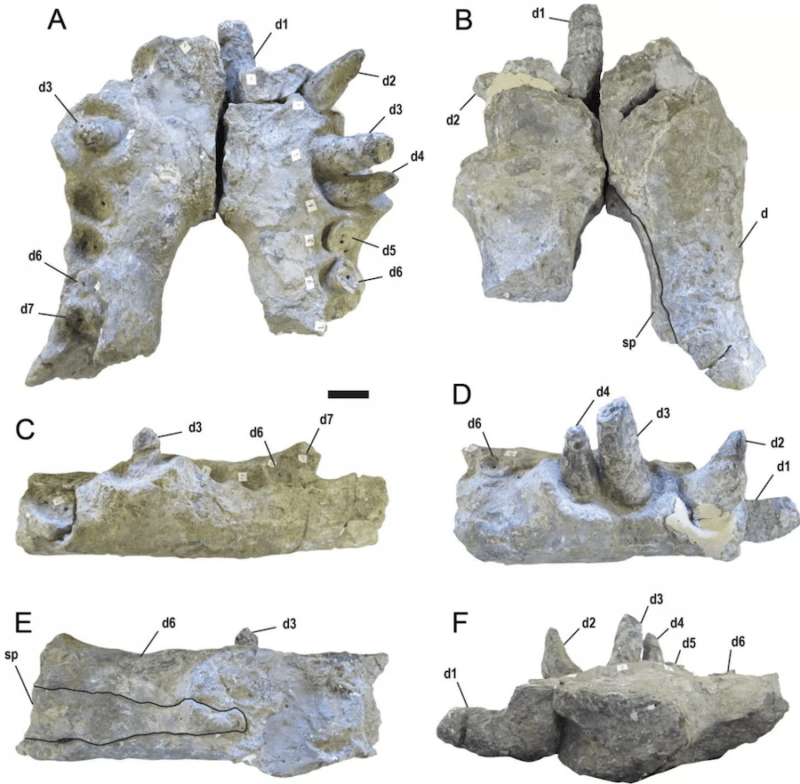 Journal of Vertebrate Paleontology/Adam CossetteThe fossilized remains of the mouth of the Deinosuchus.

Even though researchers were able to deduce that Deinosuchus preyed on dinosaurs by looking at their cranial remains and observing the bite marks on fossilized dinosaur bones, there is still much they don’t know about this colossal reptile. Researchers still do not know why, for instance, this prehistoric beast had two massive holes on its snout, a characteristic that is completely unique to its species.

Additionally, Deinosuchus is believed to have been wiped out long before the mass extinction of the dinosaurs, but why this happened has yet to be determined.

“It was a strange animal,” said co-author Christopher Brochu of the University of Iowa. “It shows that crocodylians are not ‘living fossils’ that haven’t changed since the age of dinosaurs. They’ve evolved just as dynamically as any other group.”

Researchers are fairly confident that the realities of this beast’s prehistoric environment certainly impacted their unique features. 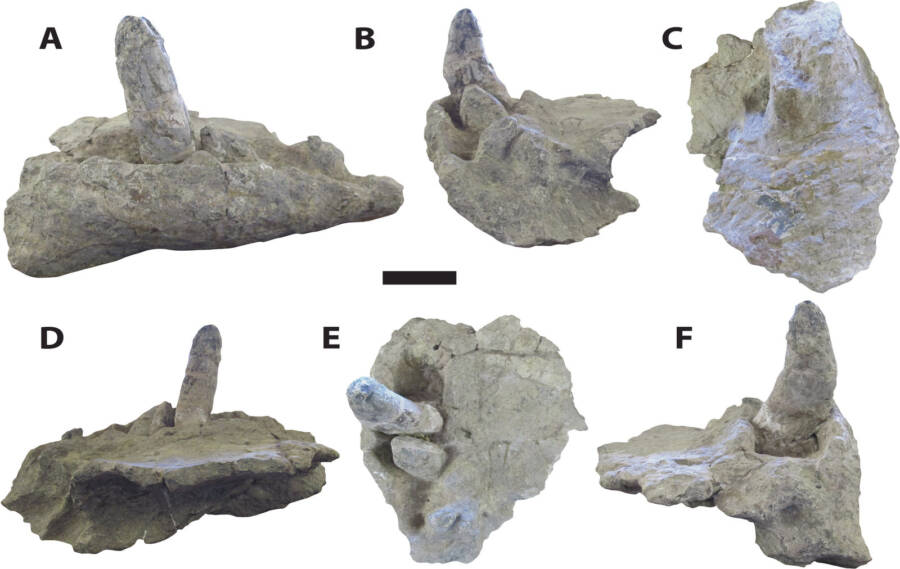 Journal of Vertebrate Paleontology/Adam CossetteSome of the enormous fossilized teeth studied by Cossette and Brochu. Some of them were up to eight inches long.

“Some of them were separated by a seaway that at one point cut North America in half from what’s now the Gulf of Mexico up to the Arctic Ocean,” Brochu told NPR. “And that may have driven what we call speciation.”

“There might have been one ancestral dinosaur form in North America, and then the seaway cut that population in half and on one side it evolved in one direction, the other side in a different direction.”

Ultimately, this remarkable study has shown that crocodiles have evolved far more aggressively through time than many have been led to believe.

“Most people think crocodiles haven’t changed in 75 million years,” said Cossette. “This study shows that the ancestors of today’s American alligators didn’t look anything like them. Crocodiles are actually these incredibly dynamic creatures that have experienced incredible evolutionary histories. That I think is the cool part, at least for me.”

After learning about the ancient species of “terror crocodile” that grew up to 33 feet and had teeth “the size of bananas,” read about how Ancient Egyptians hunted crocodiles just to mummify them. Then, learn about another prehistoric giant, glyptodon, the car-sized armadillo.