“Our Worst Fears Have Been Realized”: The Story Of Black September And The Munich Massacre

At the 1972 Olympic Games, members of Black September took 11 Israeli athletes hostage, only to execute them when a German rescue plan went wrong. 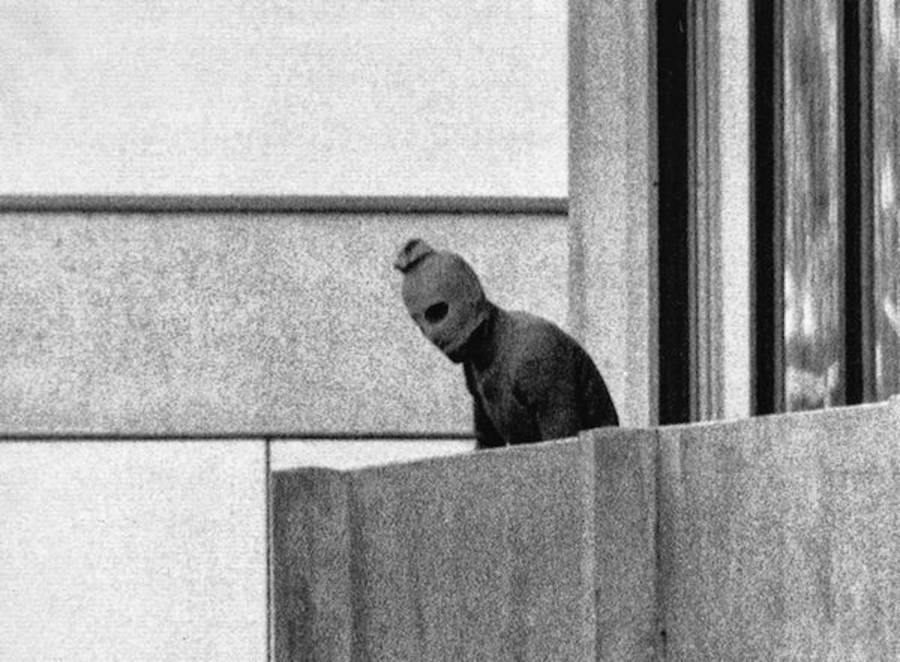 Wikimedia CommonsA masked member of the Black September terrorist group stands on the balcony of the apartment where the group held its hostages during the Munich Massacre.

For less than 24 hours in the summer of 1972, 8 terrorists held 11 hostages — and the attention of the entire world.

The attack, known as the Munich Massacre, was carried out by Black September, a Palestinian terrorist organization that formed in 1971 as an offshoot of the Fatah Palestinian nationalist group led at the time by Yasser Arafat.

The Rise Of Black September

They named themselves after the 1970 Black September conflict between the Jordanian Armed Forces and Palestinian Liberation Organization, in which King Hussein of Jordan declared military rule over the country and murdered or expelled thousands of Palestinian fighters.

Black September retaliated with the assassination of Jordan’s Prime Minister Wasfi al-Tal in November 1971 and the unsuccessful assassination attempt of Jordan’s ambassador to London, Zaid al-Rifai soon afterward. They were also suspected to be behind a number of other terrorist activities around the globe, including sending letter bombs to Israeli embassies around the world, sabotaging a German electrical plant, and the hijacking of Belgian aircraft Sabena Flight 572 to Israel.

But by far, Black September’s most notorious terrorist attack was the 1972 Munich Massacre. At the 1972 Olympic Games in Munich, Germany, members of Black September would kidnap and eventually execute 11 members of the Israeli Olympic team.

Co Rentmeester/The LIFE Picture Collection/Getty ImagesAn armed German policeman, dressed as an athlete, stands around the corner from a balcony of a dormitory where members of the Black September terrorist group had earlier captured and were then holding a group of Israeli athletes hostage.

Germany, in an effort to not look especially militaristic on the global stage, had limited the amount of security at the games. Meanwhile, members of Black September had spent the weeks prior to the games planning their attack.

During the second week of the games, on the morning of Sept. 5, 1972, they used stolen keys to break into the apartment of the Israeli athletes. The episode known as the Munich Massacre was now underway.

Black September first released the members of the Olympic teams from Uruguay and Hong Kong, who had been sharing the apartment with the Israelis, before taking 11 members of the Israeli team hostage. Moshe Weinberg, the Israeli team’s weightlifting coach, and Yossef Romano, a weightlifter, attempted to fight back against their attackers but were shot and killed. These two men were the first victims of the Munich Massacre.

Left with nine hostages and the world watching, Black September made their demands: the release of 234 Palestinian prisoners in Israel, along with the release of Andreas Baader and Ulrike Meinhof, founders of the German Red Army Faction imprisoned in Germany, before they would let the hostages go.

Israel, operating on the principle of not negotiating with terrorists, refused to meet the demands. With negotiation attempts failing, the group instead demanded transportation to an Arab country.

Hostage negotiators then arranged for helicopters to fly the kidnappers and their hostages to Fürstenfeldbruck Air Base, where the German police devised a plan to ambush the terrorists. However, at the last minute, the German police lost their air cover and were left with only five sharpshooters to take out the entire group. The snipers’ attempt to shoot the terrorists failed, and, realizing they had been lured into a trap, Black September panicked and began shooting hostages.

The ensuing chaos led to a bloody shootout that left all the hostages and one German police officer dead, along with five Black September members. “Our worst fears have been realized tonight,” said ABC’s Jim McKay as he reported word of the massacre.

On the morning of Sept. 6, once the Munich Massacre was finally over, the Olympic Games were halted for 24 hours of mourning for the Israeli athletes whose lives had been taken. 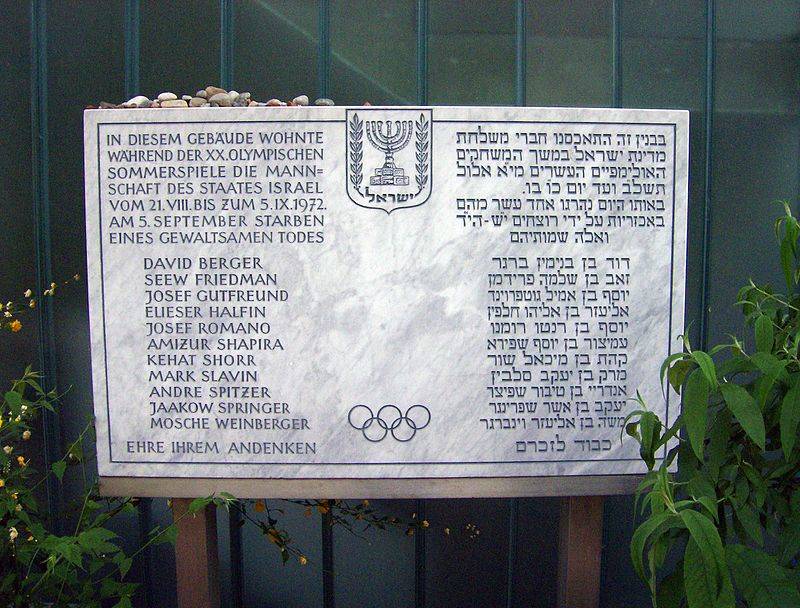 Wikimedia CommonsA plaque outside of the athlete’s quarters commemorating victims of the Munich Massacre perpetrated by Black September.

It wasn’t long before Mossad, the Israeli intelligence organization, declared war on Black September as retribution for the Munich Massacre. They ultimately tracked down and killed some of the leaders responsible for devising the attacks, and Black September was officially disbanded in 1973-1974.

After this look at Black September and the Munich Massacre, have a look at famous photos that changed the world. Then, discover some of the most interesting facts about Osama bin Laden.