Since joining the al-Shabaab terrorist organization, Samantha Lewthwaite has perpetrated attacks that killed 400 people, leaving the authorities desperately wondering where the "White Widow" is now.

Unlike her parents, militant Islamist Samantha Lewthwaite never experienced life in conflict-torn Northern Ireland in the 1970s and ’80s. It was precisely this — her traditional upbringing as a middle-class child in Margaret Thatcher’s England — that made her transformation into a terrorist so confounding.

None of her former classmates, friends, or acquaintances could’ve imagined Lewthwaite would become a dangerous, violent person. However, the 7/7 London bombings changed her life forever.

In a terrorist attack on London’s transit system on July 7, 2005, Lewthwaite’s husband Germaine Lindsay killed 26 people and himself. Lewthwaite was seven months pregnant with their second child at the time and publicly condemned his actions.

By 2008, however, her outlook had changed. She was looking for a new husband — specifically, a jihadist. 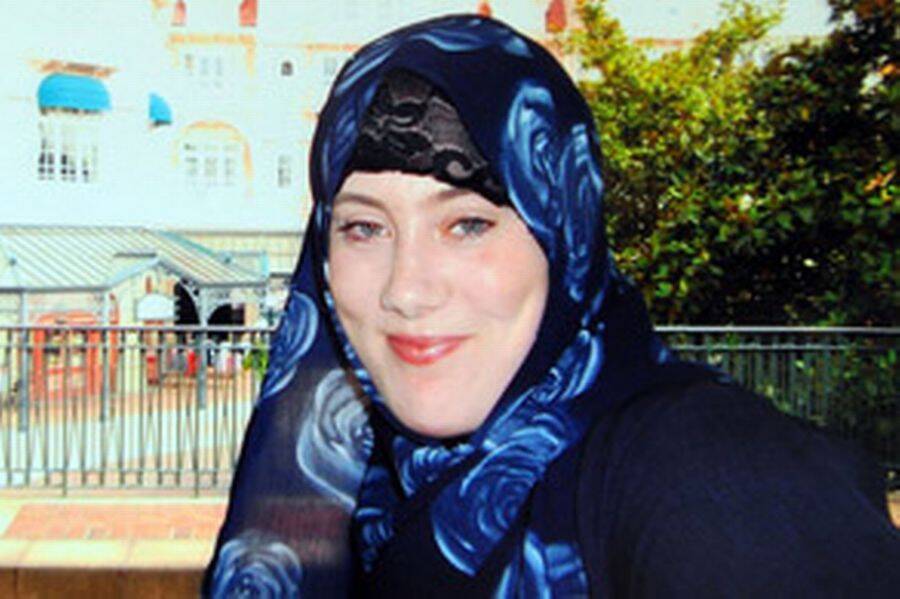 Wikimedia CommonsLewthwaite is rumored to have been killed by a Russian sniper.

She eventually joined the Islamic militant group al-Shabaab, is suspected of being involved in the Westgate shopping mall attack, and was linked to attacks in Johannesburg and Kenya. Accused of causing the deaths of over 400 people, the “White Widow” is wanted by Interpol — but hasn’t surfaced in years.

Her trajectory from average millennial to Islamic terrorist raises lots of questions. Chief among them: where in the world is Samantha Lewthwaite?

The Radicalization Of Samantha Lewthwaite

Born on Dec. 5, 1983, in Banbridge, County Down in Northern Ireland, Samantha Lewthwaite was raised by a British Army veteran who met his wife while stationed in Ireland in the 1970s.

At the time, the country was embattled by the Troubles — an era of Irish history that began in the late 1960s, escalated for decades, and only ceased in the late 1990s. Irish Republican Army guerrillas, eager to force an end to British rule over the nation, routinely bombed buildings and exchanged gunfire with soldiers and police on the streets.

Lewthwaite’s parents raised her there for a few years before relocating to Aylesbury, England.

Her childhood friends have largely opted not to talk about Lewthwaite, though her piecemeal transition to militant terrorism appears rather natural. Feeling abandoned and lost following her parents’ 1994 separation, she gravitated to a friend’s Muslim family and became curious about their religion. 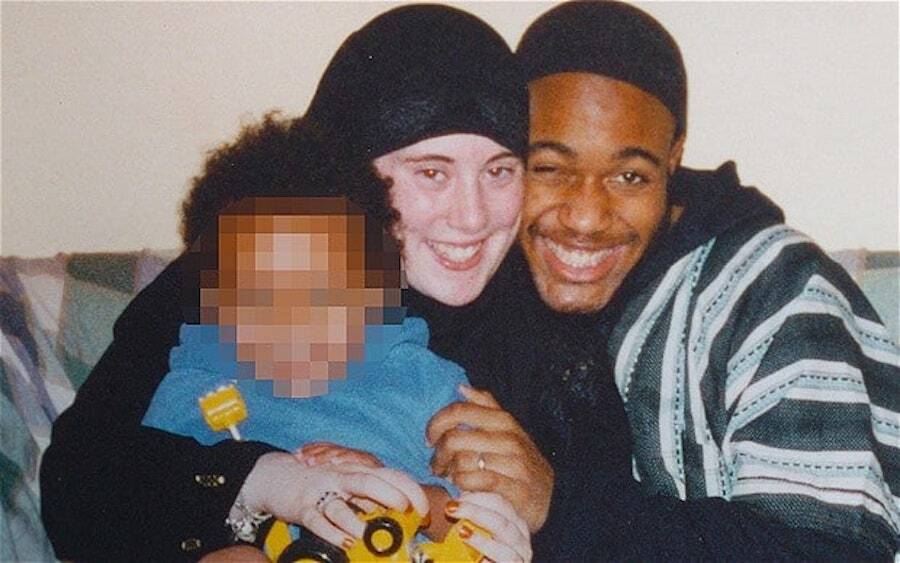 Solo SyndicationSamantha Lewthwaite and her husband Germaine Lindsay, one of the dead London bombers.

“It’s not a simple brainwashing,” said filmmaker Adam Wishart, who made a documentary about English-Somalian terrorism.

“She met this girl, she liked her family, she converted to Sunni Islam. The Muslim community in Aylesbury wouldn’t say that radicalization came from here, but the radical preachers of London knew that people were traveling weekly from Aylesbury.”

Her friends said she “sought solace from Muslim neighbors who she believed had a stronger family network” than her own. After converting to Islam at 17, she began working toward politics and religion degrees at the School of Oriental and African Studies at the University of London.

It was then that she met Germaine Lindsay, an enthusiastic Jamaica-born Brit who shared Lewthwaite’s passion for non-intervention in foreign policy.

“Somebody probably introduced her to Germaine Lindsay…they pushed each other harder until he blew up a train,” said Wishart. “It’s a trajectory that is on the one hand explainable, even banal. You meet someone, you get influenced by their ideas, and it takes you further.”

“Yet on the other, at the point he decided to blow up a train, and kill commuters, it is completely unfathomable.”

Councillor Raj Khan recalling what a sweet girl Lewthwaite once was for The Telegraph.

The pair first met at a Stop the War march in London’s Hyde Park. Bonded by their ideals and increasingly believing that drastic action had to be taken to make tangible change, they married in 2002. In a matter of three years, Lindsay planned and enacted his plot.

The London bombings on July 7, 2005, were coordinated suicide bomb attacks on the city’s transit system. Explosions on three trains killed 39 people, with a double-decker bus explosion killing another 13 the following hour. More than 700 people were injured across the four targets. 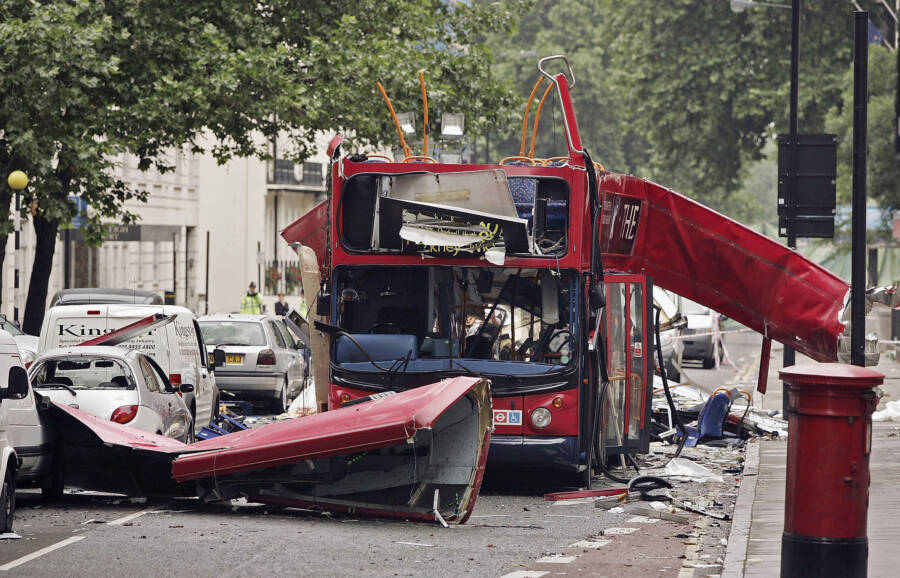 Lindsay was 19 years old when he detonated his bomb. The strike occurred on an 8:50 a.m. train traveling between King’s Cross and Russell Square and killed 27 people — including himself. After reporting him missing six days later, Samantha Lewthwaite issued a statement:

“I totally condemn and am horrified by the atrocities. I am the wife of Germaine Lindsay, and never predicted or imagined that he was involved in such horrific activities. He was a loving husband and father. I am trying to come to terms with the recent events. My whole world has fallen apart, and my thoughts are with the families of the victims of this incomprehensible devastation.”

While she was in protective custody, Lewthwaite’s house was firebombed. An inquest into this attack revealed she had been associated with Mohammad Sidique Khan — the leader of the London bombings — before they occurred. How involved she was in the plotting remains unknown. 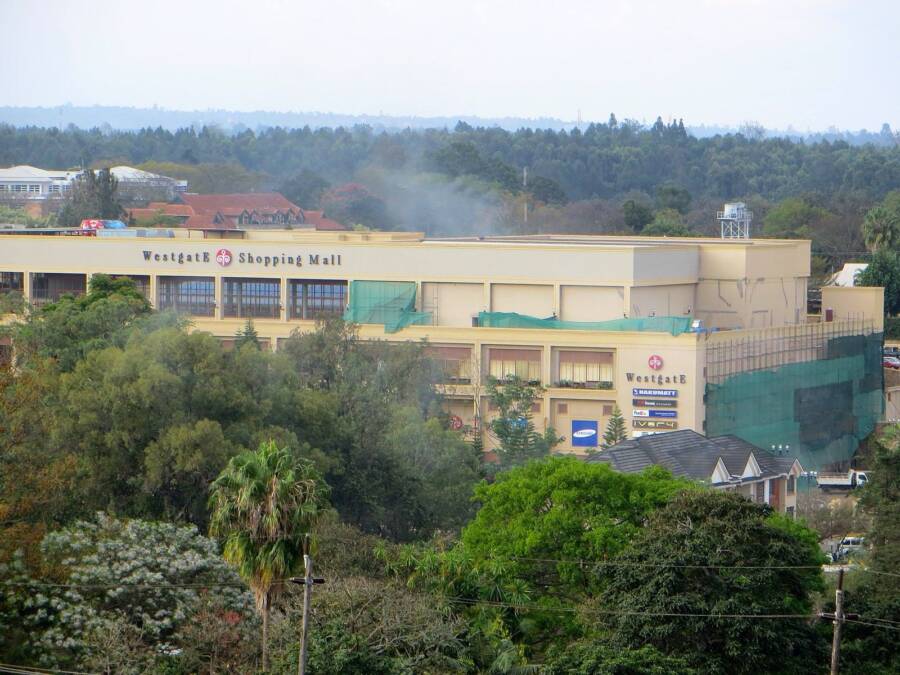 She sold her story to The Sun for £30,000, a tale in which she victimized herself and claimed Lindsay was “tricked into his actions by extremists.” Then, things quieted down for Lewthwaite — at least for a little while.

Next, she married her second husband who is known only to be Kenyan. He fathered her third and fourth children in 2009 and 2011, but he’s believed to have died while perpetrating a terrorist attack.

“Allah blessed me with the best husband for me,” she wrote of a third, unidentified husband in notes seized by Kenyan authorities in 2011. “I asked for a man that would go forth, give all he could for Allah and live a life of terrorizing the disbelievers as they have us.”

It’s unclear when exactly she left the U.K. BBC journalist Peter Taylor, who made a documentary about al-Shabaab, said the endless quest to find her has made her an almost “mythological figure.” She vanished at some point after 2009.

“Then she disappeared off the radar and turns up again in Kenya,” said Taylor.

It was after the birth of her fourth child in Johannesburg, South Africa, that local police tracked her down. Miraculously, she managed to escape to Mombasa, Kenya. She left behind a laptop containing an amorous poem dedicated to Osama bin Laden, in which she professed, “my love for you is like no other.”

However, her co-conspirator Jermaine Grant was soon arrested in Kenya with forged immigration documents and explosives in his apartment. He claimed Lewthwaite was the head of their terrorist cell. 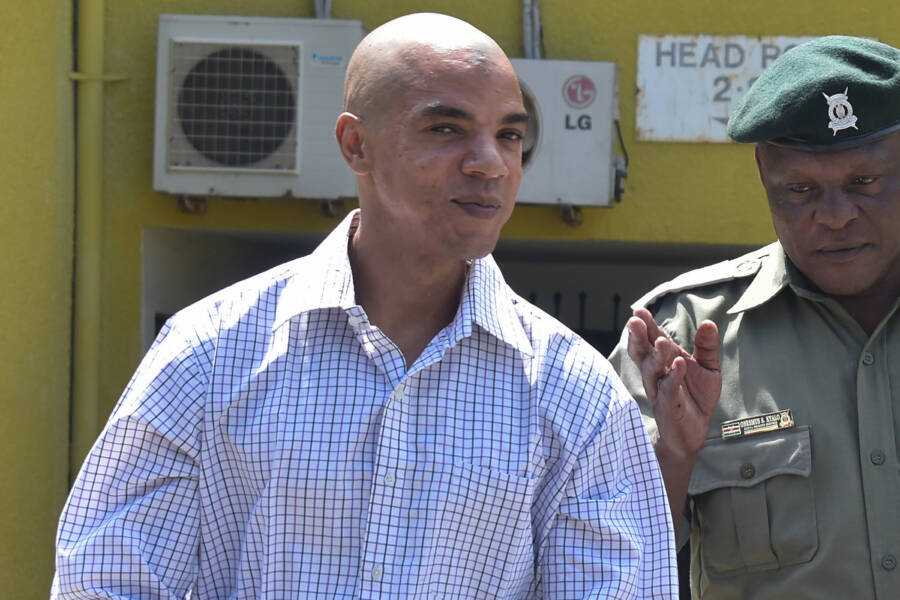 AFP/Getty ImagesBritish terror suspect Jermaine Grant after being found guilty of possession of explosives at Mombasa Court, Kenya, on April 24, 2019.

She had reportedly been using various identities, one of them being Natalie Webb, and was allegedly helping al-Shabaab plot attacks in Kenya as reprisals for Somalian anti-terror operations. Among the documents she left behind was evidence that she was involved in planning attacks on Mombasa hotels during Christmas 2011.

A year later, she was linked to a Mombasa hand grenade attack — which killed 24 Jericho bargoers. In 2013, authorities suspected her involvement in the Westgate shopping mall massacre in Nairobi. The incident killed 71 innocent shoppers and injured 200 others.

Where Is Samantha Lewthwaite?

In 2014, it was rumored that a Russian sniper killed her during her purported involvement with the pro-Ukrainian Aidar Battalion. However, this claim has never been verified.

Lewthwaite was last linked to a university attack in Kenya that killed 148 people in April 2015. Local authorities have a warrant out for her arrest, both due to her general links to al-Shabaab and for possession of explosives.

Despite Interpol’s high motivation to find her and British tabloid reports suggesting that she’s actively training an all-female army of suicide bombers, some remain skeptical.

Dr. Nelly Lahoud of the Combatting Terrorism Center at the U.S. military academy, for instance, isn’t sure she’s even allowed to be a pair of actual boots on the ground.

“I have a question mark over whether she is the operative that everybody is making her out to be,” she said. “Although ideologues are very clear, they do not wish to have women fighting on the battlefield. They still believe that women have a critical role to promote the cause of jihad.”

That role, according to Lahoud, is becoming a figurehead so popular that putting a mere face to Lewthwaite’s name serves to promote al-Shabaab’s mission. For Wishart, who was in Nairobi the day after the Westgate attack, Lewthwaite’s purpose is rather obvious: 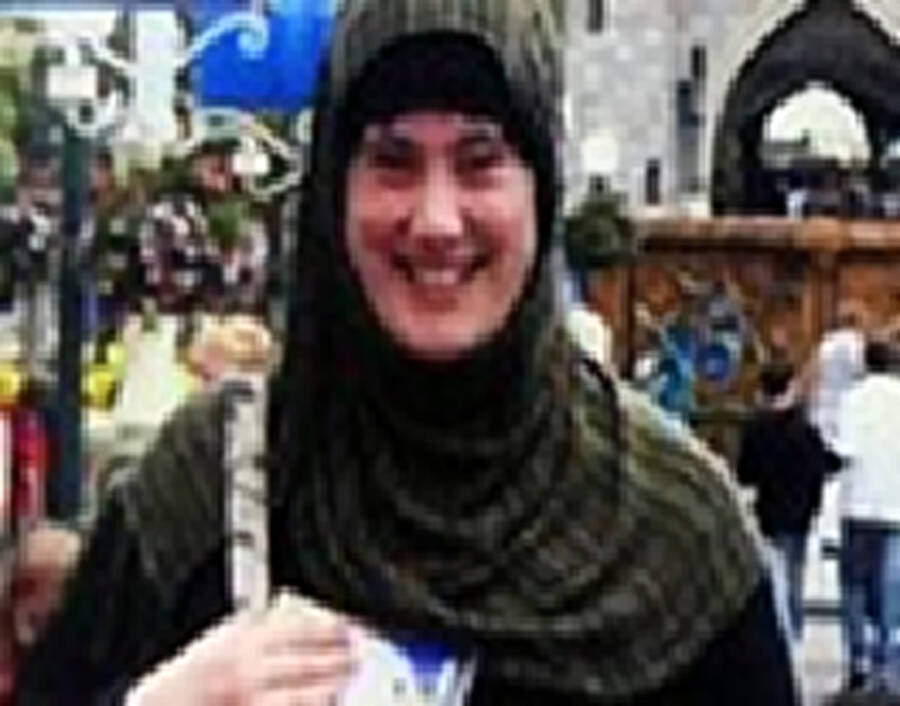 Interpol/Getty ImagesAn Interpol handout of Lewthwaite in London in September 2013.

“I am pretty clear that she was never the mastermind of Westgate. And she probably didn’t have anything to do with it. At the time, they said she was inside, and people saw a woman with a gun, which subsequently proved to be bullshit. No woman was found. There were probably only four attackers.”

“But you know, she was on the front pages.”

In the end, the White Widow’s location remains a mystery. The White Widow presumably lives and operates in Kenya or Somalia to this day.

After learning about Samantha Lewthwaite, the “White Widow” wanted for the deaths of more than 400 people, read about the Kurdish women fighting ISIS. Then, learn about Danish student Joanna Palani who fought ISIS and was sent to jail upon returning to Denmark.