Female Danish Student, Joanna Palani, Fought ISIS And Was Sentenced To Jail Upon Returning To Denmark

Joanna Palani has since penned a memoir detailing her time in Syria, Kurdistan, and Iraq where she was a trained sniper. Her return to Denmark, she said, was harder than war. 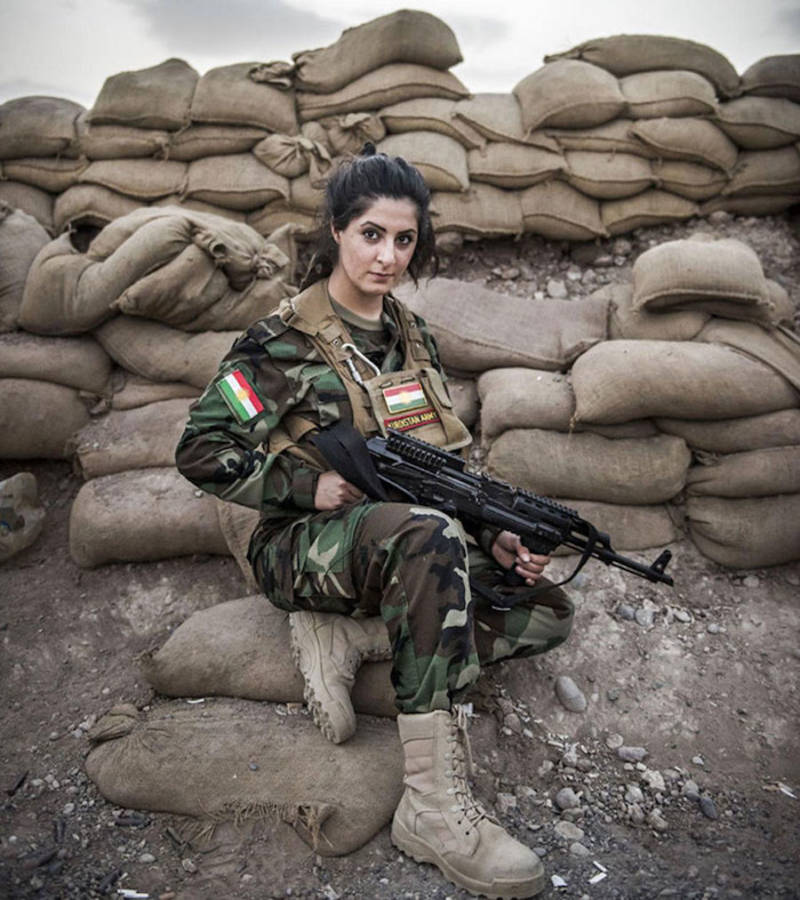 Danish female sniper Joanna Palani joined up with the Kurdish Women’s Protection Units in a bid to fight ISIS. Her actions has since resulted in nine months of jail time in Denmark — and according to reports, a $1 million bounty on her head.

Palani was born in a refugee camp in the Ramadi desert of Iraq in 1993. Originally of Iranian Kurdish origin, Palani was able to migrate to Denmark when she was three-years-old as part of a quota program for refugees.

Though she now lived in a much safer society, Palani felt out of place as a Danish citizen. Perhaps that’s why Palani felt that fighting ISIS in the name of women and in honor of her Kurdish background was precisely where she belonged.

Indeed, Joanna Palani recalled that even “before I came to Denmark, I remember I made a promise to myself to make a difference. This was my plan as a three-year-old when I was just a girl digging holes in the desert for water.”

According to The New Arab, Palani vowed as a child to improve the world and so in 2014, she dropped out of college at the age of 21 and traveled to Syria.

There Palani served as a sniper for the Kurdish Women’s Protection Units (YPJ), an experience which has since resulted in her first book, a memoir titled Freedom Fighter: My War Against ISIS on the Frontlines of Syria, nine months in jail for leaving Denmark to fight as an unsanctioned soldier, and a $1 million bounty on her head.

For the sniper-come-author, all of the perturbing consequences have been worth it as Joanna Palani believes that her decisions were all rooted in protecting her morals to “fight for women’s rights, for democracy — for the European values I learned as a Danish girl.”

An RT segment on all-female groups fighting against ISIS

Palani’s family had to leave Iranian Kurdistan for both cultural and political reasons. Mainly, it was Iran’s former Supreme Leader Khomeini who forced their hand. “My family was against the ‘Islamic war’ started by Khomeini on the Sunni Kurds who paid a heavy price with blood,” she said. “Both my father and grandfather were Peshmerga fighters…By the end, we had to leave Kermanshah to Ramadi.”

Denmark was a whole new world for Joanna Palani and her family. As she grew into adolescence and became aware of her homeland’s patriarchal culture that she felt proliferated the entire Middle Eastern region, she became eager to fuse sexual revolution with militant action.

Palani then traveled back to Kurdistan to find others who felt like her, ready to make the difference her three-year-old self committed to nearly two decades earlier.

“I have been a militant saboteur since I was a teenager, but I became a sniper during my last battle in Syria,” she explained. “I was trained by multiple groups in Kurdistan and outside the Kurdish territory.”

In the Middle East, Palani was part of the forces that liberated a group of kidnapped Yazidi girls that were being used as sex slaves in Iraq. 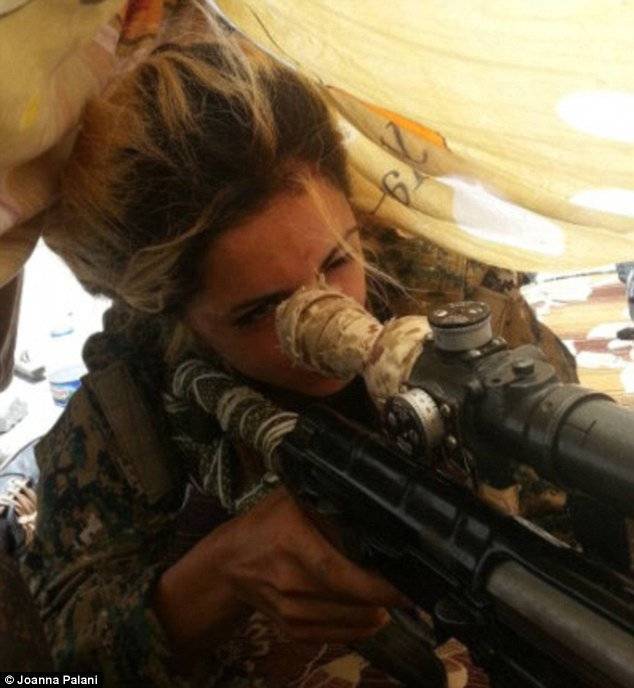 “When we were preparing to liberate houses of ISIS sex slaves, we had this saying — one fighter goes to rescue but many fighters will come back out,” she said.

In Denmark, however, Joanna Palani was viewed as a danger.

Of course, the gravity of her life choices have had permanent consequences on her standing, both internationally and within her family. She’s been well aware of the fact that war could feasibly land her in danger, but didn’t foresee being cast out by her own family as a result of her ideology.

“Back then my thoughts regarding the consequences mostly contained the possibility of me being captured by IS (the Islamic State),” she said. “Never would I ever believe that the outcome, which had an impact on my life, would emerge from my own loved ones.”

Perhaps most poignant was Palani’s admission that the fear, danger, and hatred experienced from her enemies on the battlefield were meager in comparison to the pain she felt when her own community abandoned her as a misguided anomaly once she returned home.

The return to Europe proved more difficult than she thought, particularly because her financial and social troubles were compounded when the Danish government sentenced her to nine months in jail for fighting as an unofficial soldier, a ban from leaving the country, and the removal of her passport. 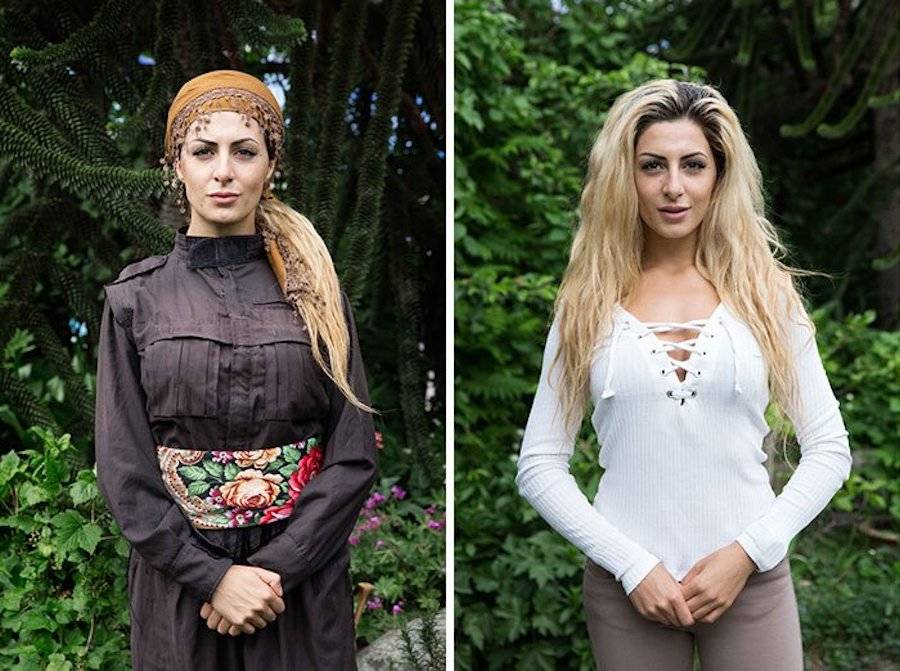 TwitterPalani’s dual identity as a woman from the Middle East and a Danish citizen.

“With all due respect to the Western world, I do not look Danish so it is extra hard for me to be a civilian here with no equal possibility to live here as one either,” Palani lamented.

With no money, shelter, nor social support available to her, Joanna Palani felt even the Danish government, which was supposed to facilitate returning fighters to society, made things harder.

“I never had anyone showing up to my court trials,” she said. “The same land which I was risking my life for was now willing to take my freedom away for no reason. I was nearly arrested at the bank after trying to take money out of my own account for food. As of now, I do not have a bank card nor a student card — technically I have nothing.”

Denmark’s Aarhus model was established to create trust between authorities and individuals or groups who become disenchanted with the government and are at risk of becoming radicalized. This model has not been supportive, however, in the case of Joanna Palani.

While many returning fighters or radicals who come home from battle are given mentors and psychological counseling to transition back into Danish society, the former sniper has felt harshly left out. 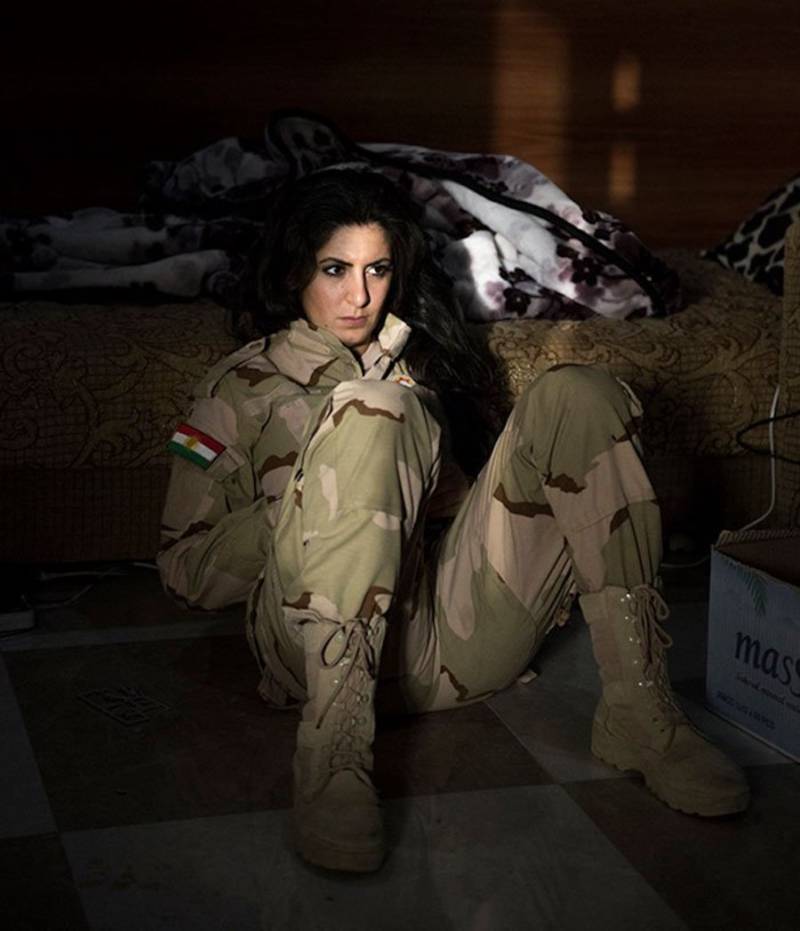 “Governments must ensure that there are progressive results with their anti-radicalization programs,” she said. “Others have been taken care of, whereas I am being punished. I did not fight for my own faith or nation, but also for the outside world which was jeopardized by the Islamic Group. I cannot deny the decision was completely made by myself…I need to hold to that and keep my head high.”

While Palani is currently attempting to navigate her legal troubles, the author is equally focused on processing what she felt was a “great deal of betrayal.” Her memoir, though penned through stressful, sleepless nights and during a time of depression and social backlash, gives her hope.

“If my story brings attention to the sexual revolution in the Middle East, I would be glad,” she said. “I hope the other girls will come forward to raise their stories.”

After reading about Joanna Palani, learn about ISIS through these shocking 23 shocking photos. Then, read about the Kurdish women who fight against ISIS.