The Department of Veterans Affairs previously paid for veterans with physical disabilities to have service dogs, but the PAWS Act will extend that coverage to mental illness for the first time. 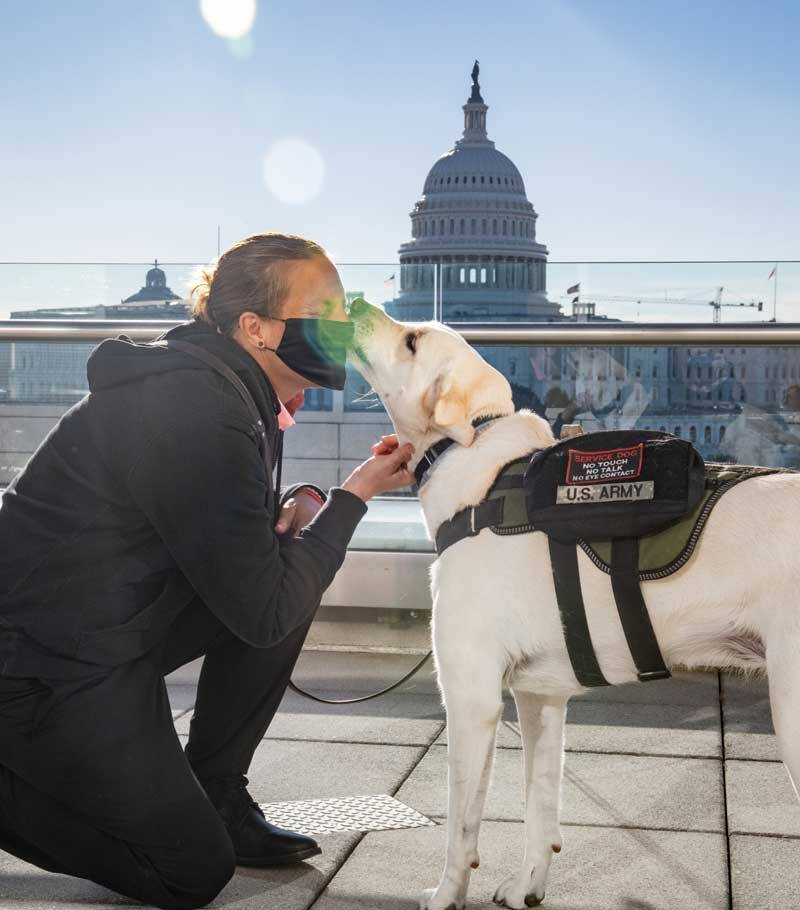 K9s for WarriorsThe PAWS Act will start as a five-year pilot program.

Service dogs can change a life. Smart, loyal, and trained to help, they have long aided veterans with physical disabilities in navigating the world. Now, the PAWS Act seeks to extend that coverage to veterans with post-traumatic stress disorder.

“I’ve had the chance to visit with veterans and their service dogs in my district, and it couldn’t be clearer how service dogs make life better for our veterans,” explained Rep. Elissa Slotkin, who helped steer the legislation through Congress.

“From waking them from PTSD-related nightmares, helping them open doors, or finding an exit in a crowded space, it can be transformational.”

The PAWS Act, officially called the “Puppies Assisting Wounded Servicemembers for Veterans Therapy Act,” authorizes the Department of Veterans Affairs to launch a five-year pilot program to help veterans with PTSD train and adopt service dogs. It was passed unanimously by the Senate, and signed by President Joe Biden on Aug. 25, 2021.

Previously, the VA offered similar coverage for veterans with physical disabilities like blindness, hearing impairment, or mobility issues. But veterans living from PTSD didn’t have the same access to service dogs.

According to Jeremy Van Beek, the founder of Got Your Six K9′s Service Dogs, such veterans were “left out to dry.”

“They would ask, there is the data? Our well-being wasn’t enough,” Van Beek said.

“A lot of veterans didn’t come forward that probably needed this and unfortunately are not with us today because it wasn’t a well-respected idea.”

Trained service dogs can cost between $25,000 and $40,000, depending on the unique needs of their owner, Van Beek said, leaving them out of reach for most veterans who could benefit from having one. 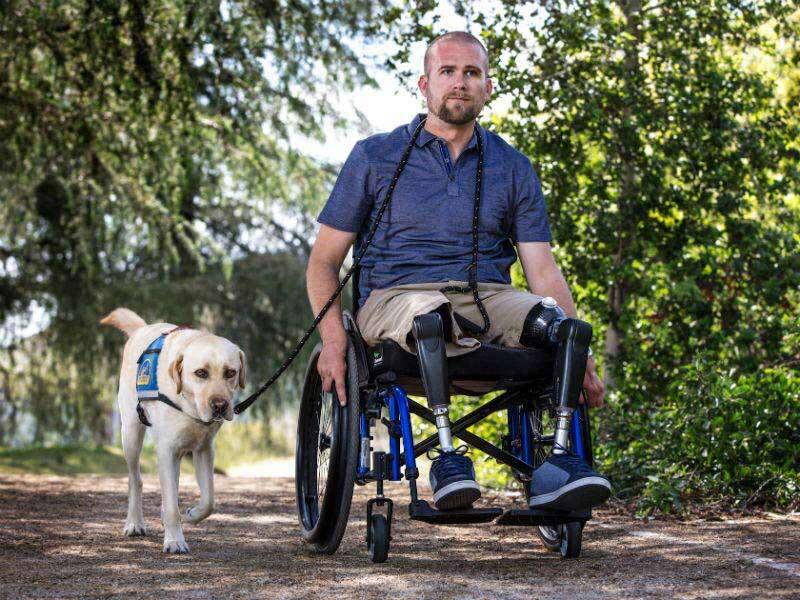 But mental illness among veterans has raised red flags in recent years. According to the VA, 20 percent of vets who served in Iraq and Afghanistan have PTSD. And between 2005 and 20018, 90,000 veterans died by suicide.

“There are over 100,000 veterans, we think who need a service dog because of their post-traumatic stress,” explained Rory Diamond, CEO of K9s for Warriors. “Twenty-two veterans a day taking their lives every day by suicide. This is one of the best ways we can fight it.”

Indeed, recent studies have demonstrated the effectiveness of service dogs. A VA report noted that people paired with service dogs trained for PTSD had fewer suicidal behaviors and ideations than those with emotional support animals.

That’s because service dogs undergo a specific training regimen to learn how to help their owners. For example, they can fetch medication, call 911, and help with emotional overload.

“The research is clear on the range of benefits a service dog can provide for veterans experiencing those kinds of symptoms, which is why we’re thrilled to see this pilot program become law,” said Christine Myran, executive director of the nonprofit Blue Star Service Dogs. 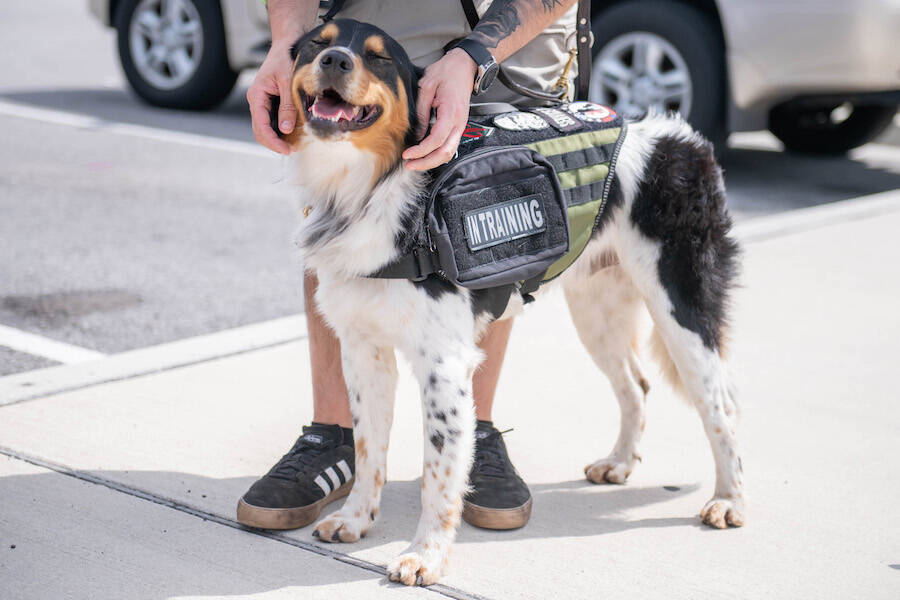 K9s For WarriorsK9s for Warriors lobbied Congress for more than five years to get the PAWS Act passed.

And veterans with service dogs agree — having access to the animals has improved their lives.

“I had tons of panic attacks, I had tons of nightmares and before I got my dog Fecto, I would just stay in all the time and it was a nightmare for me,” said Michael Thorpe, a veteran and dog trainer for Elite Canines.

Navy veteran John Tappen also saw his life improve after getting a service dog. He went through the K9s for Warriors’ three-week program with his dog, Henry.

The $10 million, five-year pilot program will take effect on Jan. 1, 2022. Hopefully, it will change — and save — lives across the country.

“A service dog just opens up the world again. I’ve seen it hundreds of times now. We see a warrior starts going back to school or going back to work, they start to be a good mom or good dad again, go to the kids’ school. It’s unbelievable,” said Diamond.

“They start to become the people they used to be before they went off to war.”

After reading about the PAWs Act, look through these portraits of veterans who fought in Iraq and Afghanistan. Or, learn more about the heartbreaking suicide epidemic among U.S. veterans.