On the 11th day of the 11th month of 1918, World War I officially ended. Exactly one year later, President Woodrow Wilson proclaimed November 11th as Armistice Day, which would later be expanded to honor all veterans and become Veterans Day.

In the 21st century, these veterans are returning not from the European trenches but the stultifying deserts of Afghanistan and Iraq. Photographers like David Jay and James Nachtwey have documented their return, highlighting the fact that the most difficult part of battle often comes after it’s technically over: 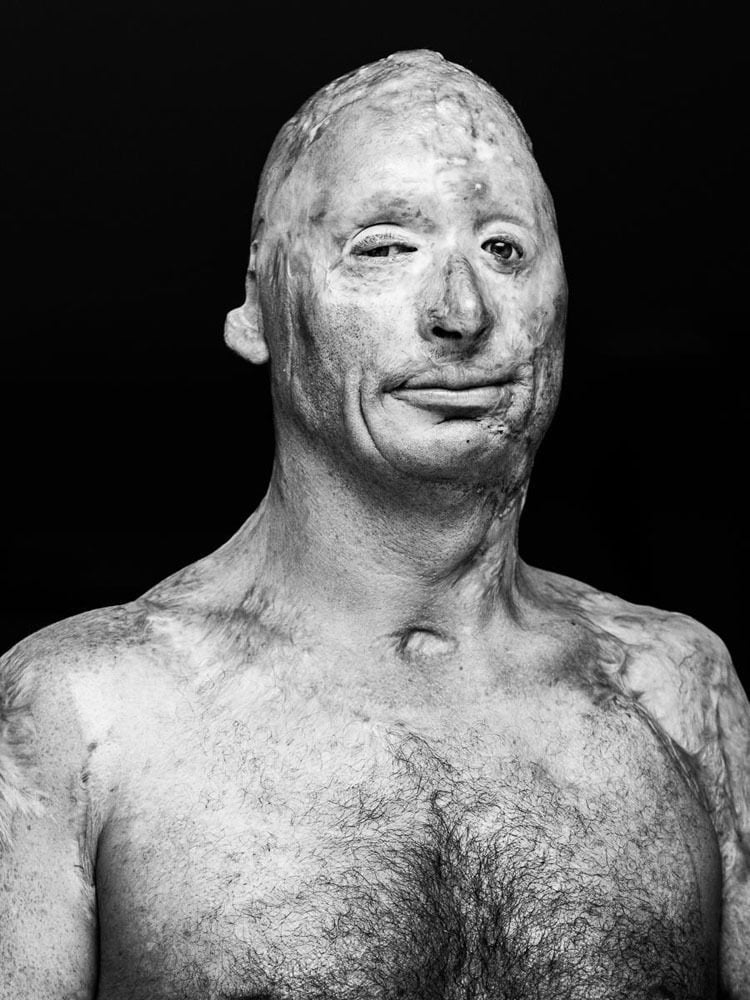 Bobby Henline was trapped inside a transport when he was hit by a roadside bomb in Iraq. He was the only survivor. David Jay/Facebook 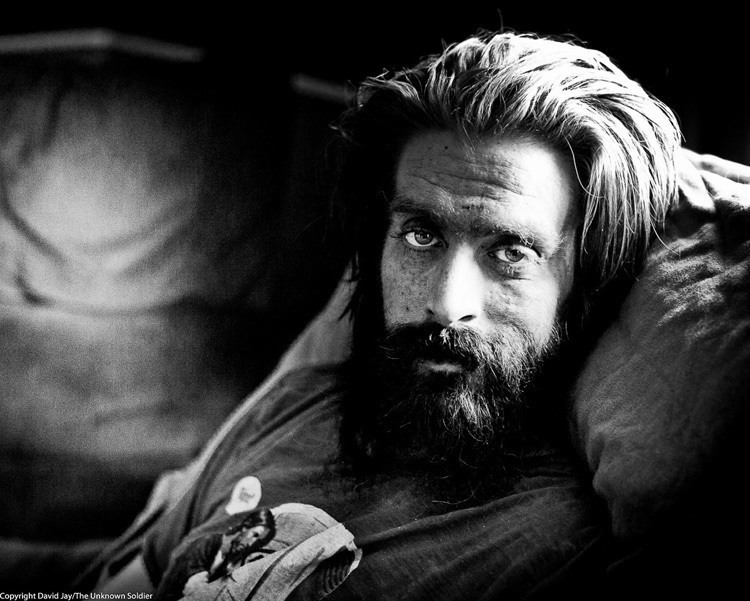 Tomas Young enlisted in the army two days after the 2001 September 11th attacks. Five days after being sent to Iraq, he was shot in the spine while riding in an unarmored vehicle in Sadr City, leaving him paralyzed. He died in 2014 (about a year and a half after this photo was taken) due to complications from his injuries. David Jay/Facebook 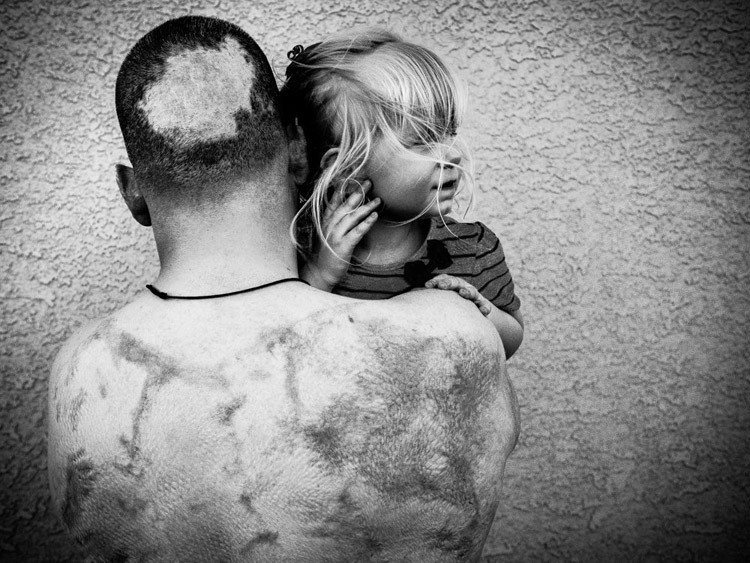 Bobby Bernier has burns on over 60 percent of his body after being hit with incoming artillery during an attack. He is pictured here with his daughter, Layla. David Jay/Facebook 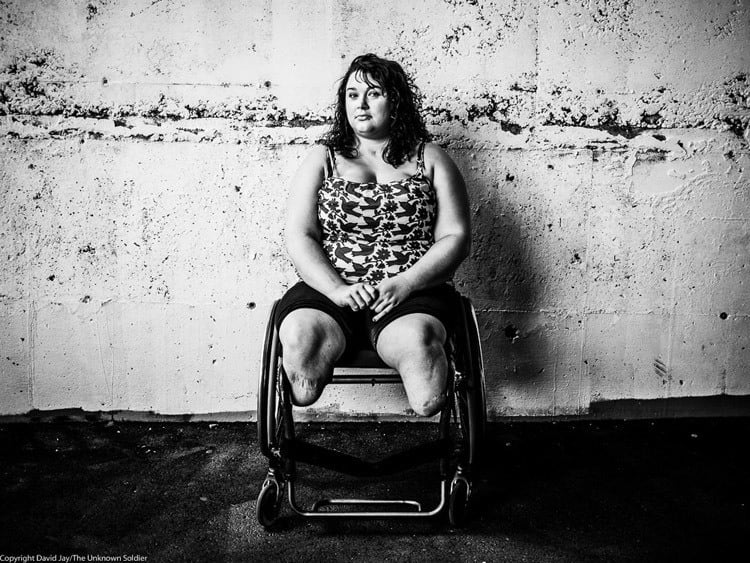 Specialist Marissa Strock's vehicle was struck by an IED buried in the road. She was 20 years old at the time. David Jay/Facebook 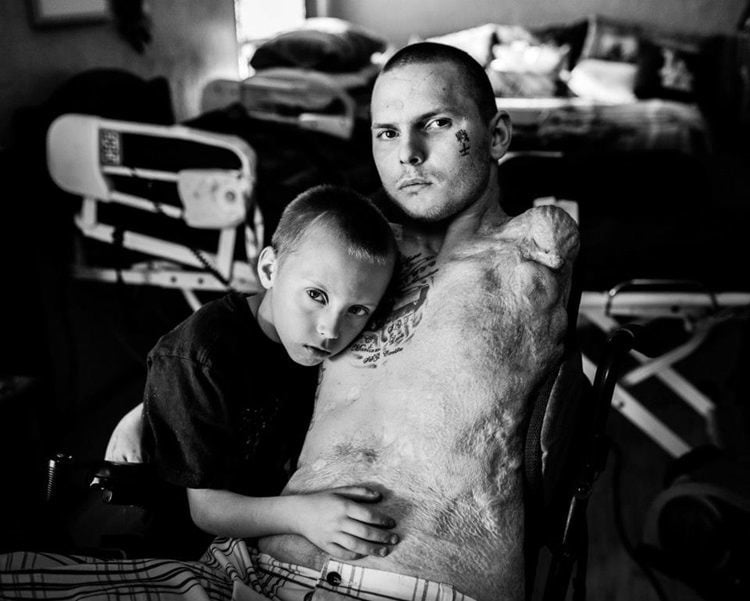 Jerral Hancock was driving a tank in Iraq when it was hit with a roadside bomb, trapping Jerral inside. He has two children. David Jay/Facebook 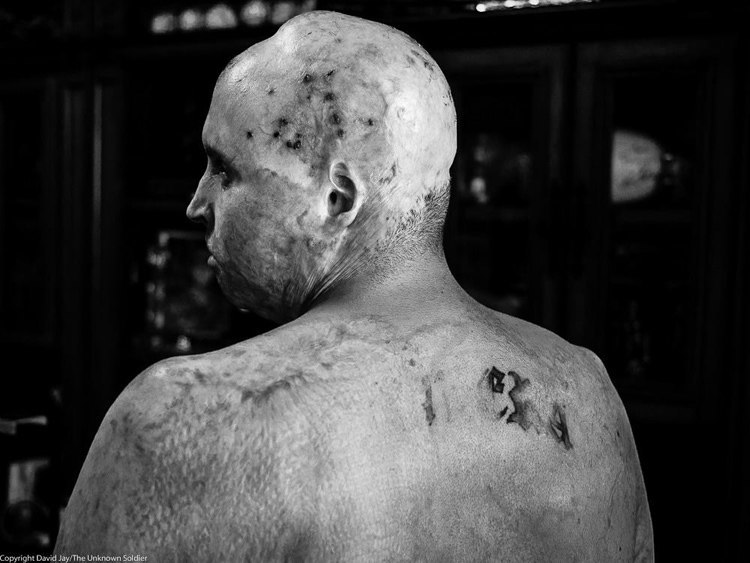 Veteran Joel Tavera has had over 90 surgeries to repair his body, which was severely burned while in Iraq. He also lost his sight and one of his legs. He says, “Looks are deceiving . . . what looks like a half empty glass is actually three-quarters full." 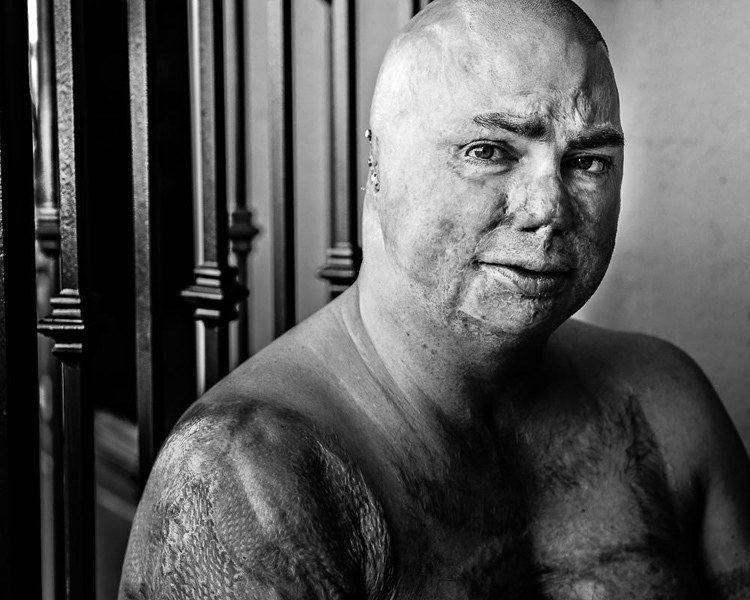 Staff Sergeant Shilo Harris was severely burned by a roadside bomb in 2007. Only Shilo and his driver survived the blast. Source: The Unknown Soldier Project/David Jay 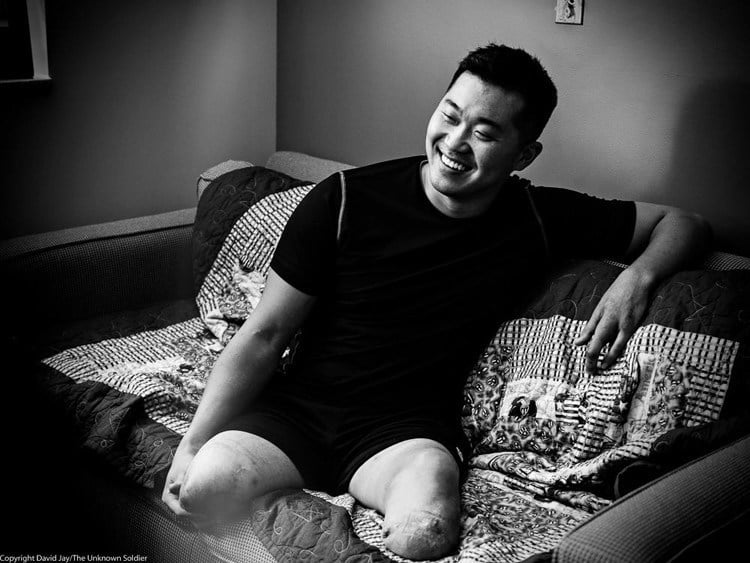 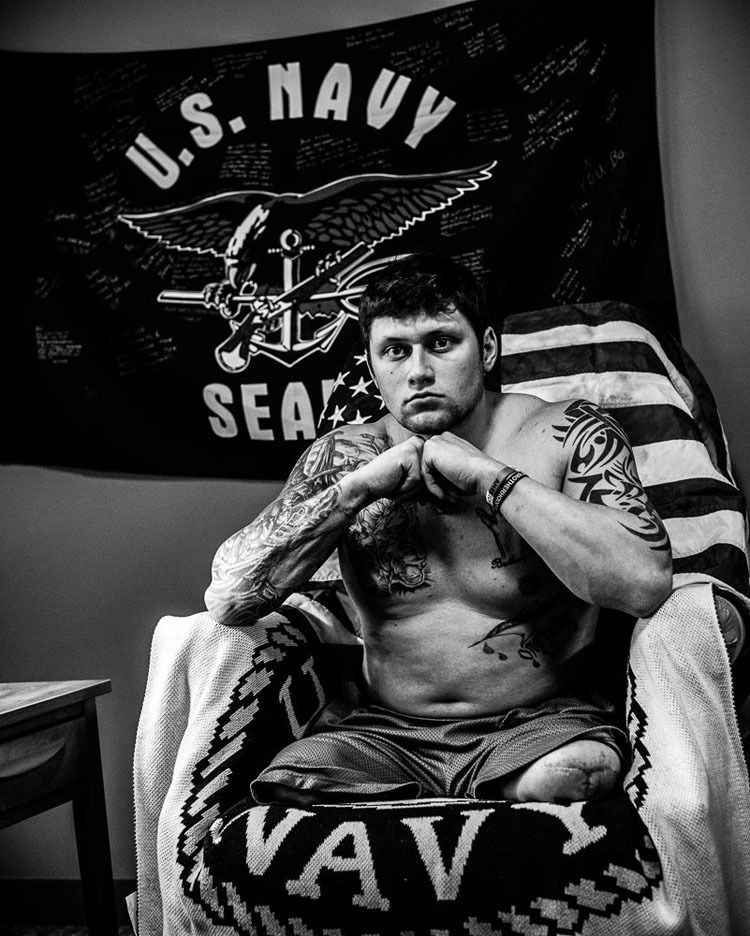 Navy Seal Bo Reichenbach was injured in 2012 during a tour in Afghanistan. David Jay/Facebook 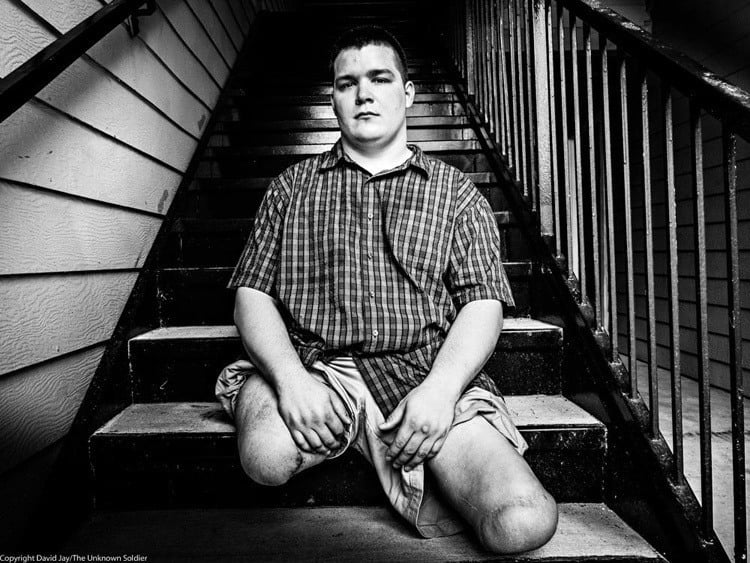 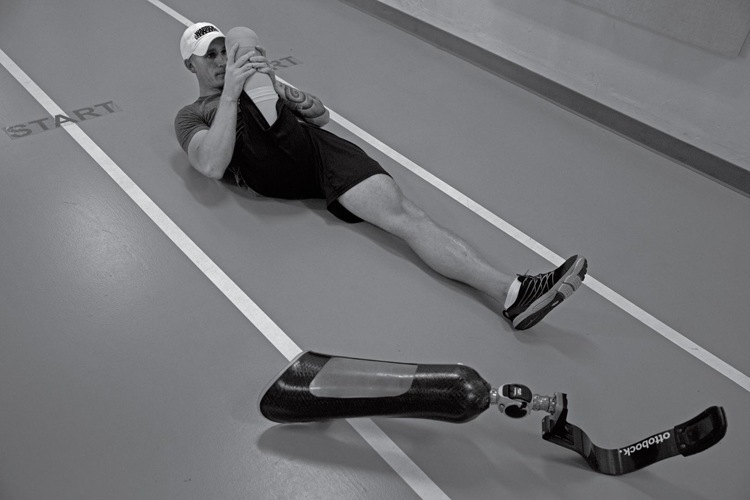 Army staff sergeant Allan Armstrong was deployed to Iraq and Afghanistan four times. He had just finished training when a motorcycle crash took his leg. He has since placed first in the 2014 Warrior Games in the 100 and 200 meter sprints.James Nachtwey/Time 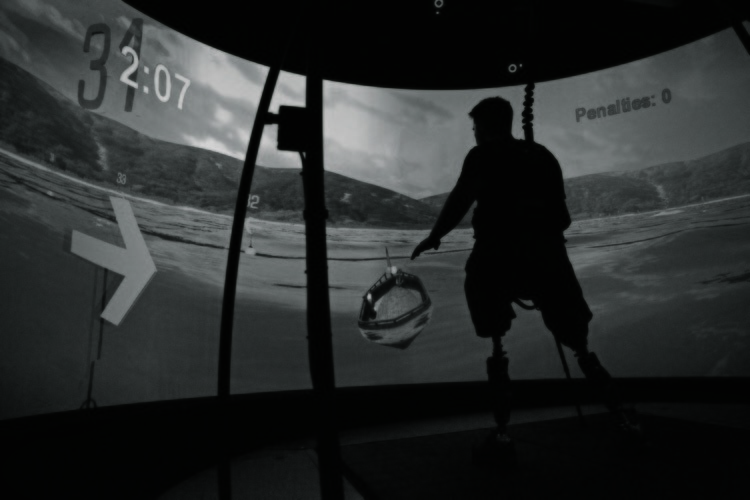 Army combat medic Sergeant Adam Hartswick lost his legs and suffered a brain injury while treating wounded soldiers in Afghanistan. He is in virtual-reality therapy, and has learned to walk again.James Nachtwey/Time 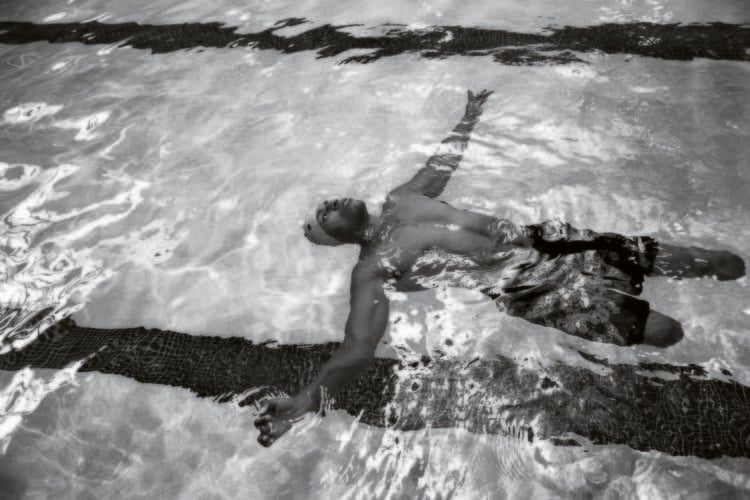 Cedric King lost both of his legs to an IED in Afghanistan. His daughters talked him into trying swimming, and from there he finished the 2014 Boston Marathon in just over six hours; completed a Half Ironman race, and the New York City marathon. He is also a motivational speaker. James Nachtwey/Time 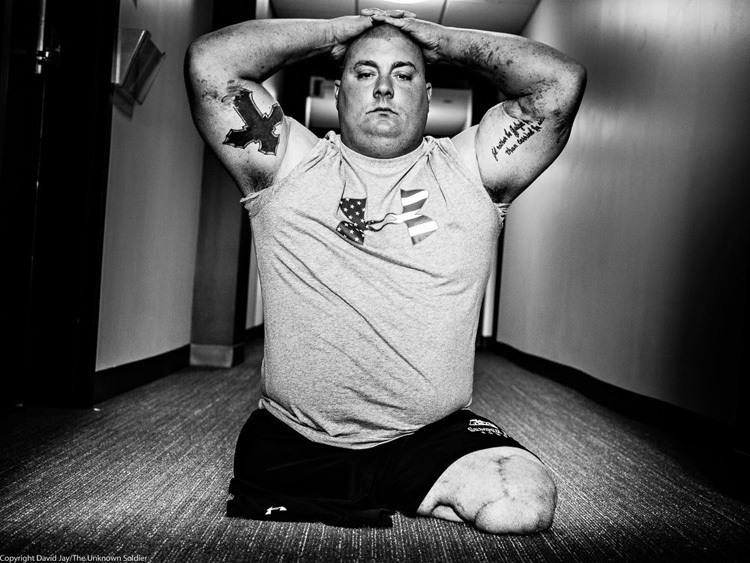 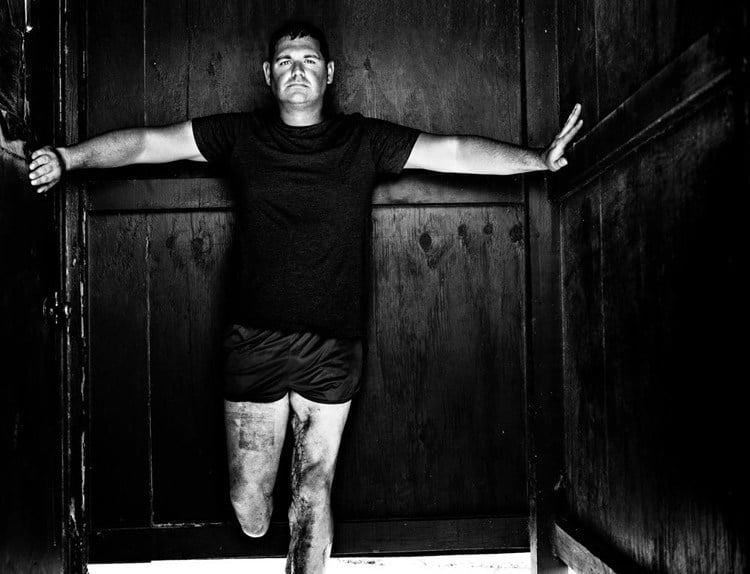 Daniel Burgess stepped on an IED which caused him to lose one of his legs - and left his other all but destroyed. David Jay/Facebook 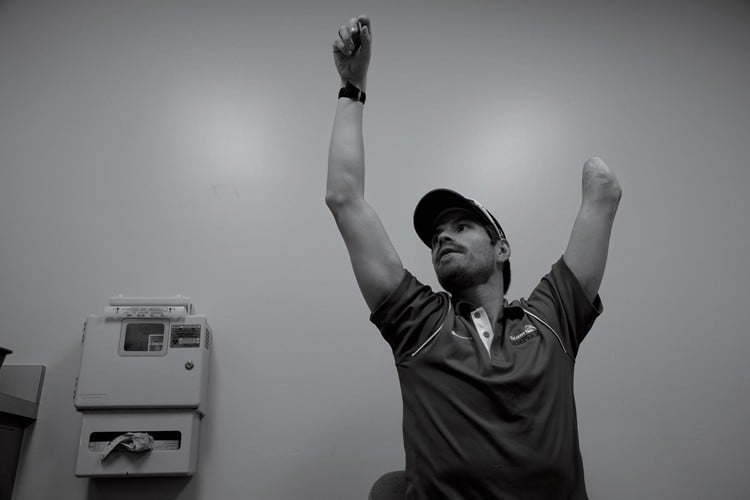 Retired Navy hospital corpsman Jose Ramos lost an arm in an Iraqi rocket attack. He expects to participate in the 2016 Paralympics. “Running is what I do to relax,” he says. James Nachtwey/Time 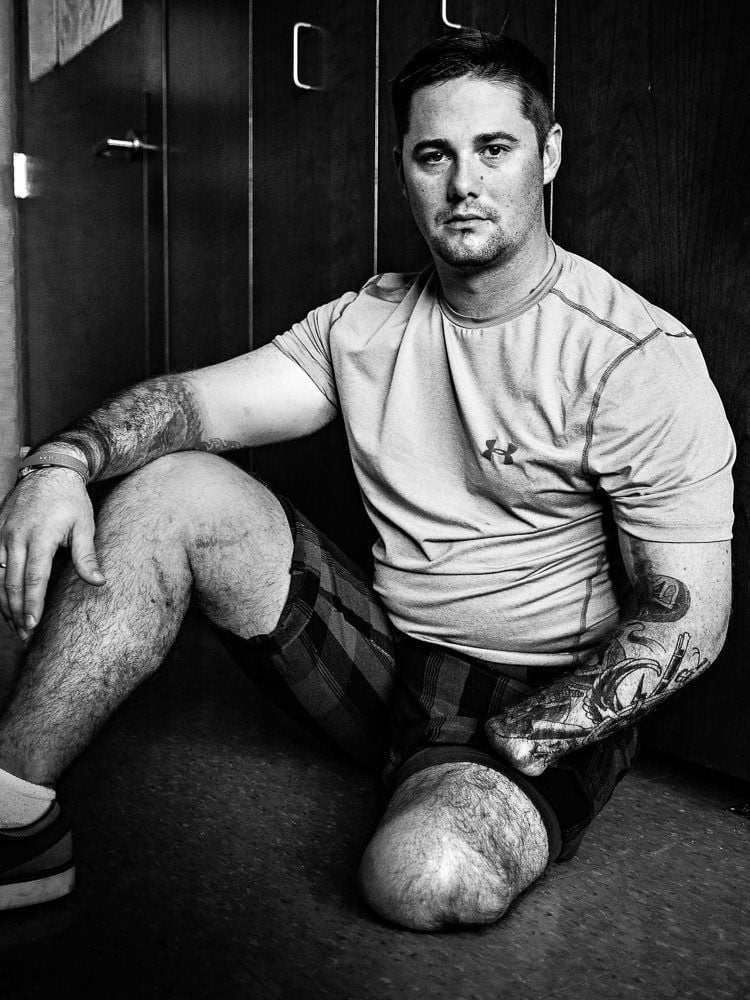 EOD Staff Sergeant Matthew Aiken lost part of his leg and hand while clearing an IED site in the Kandahar province of Afghanistan. David Jay/Facebook 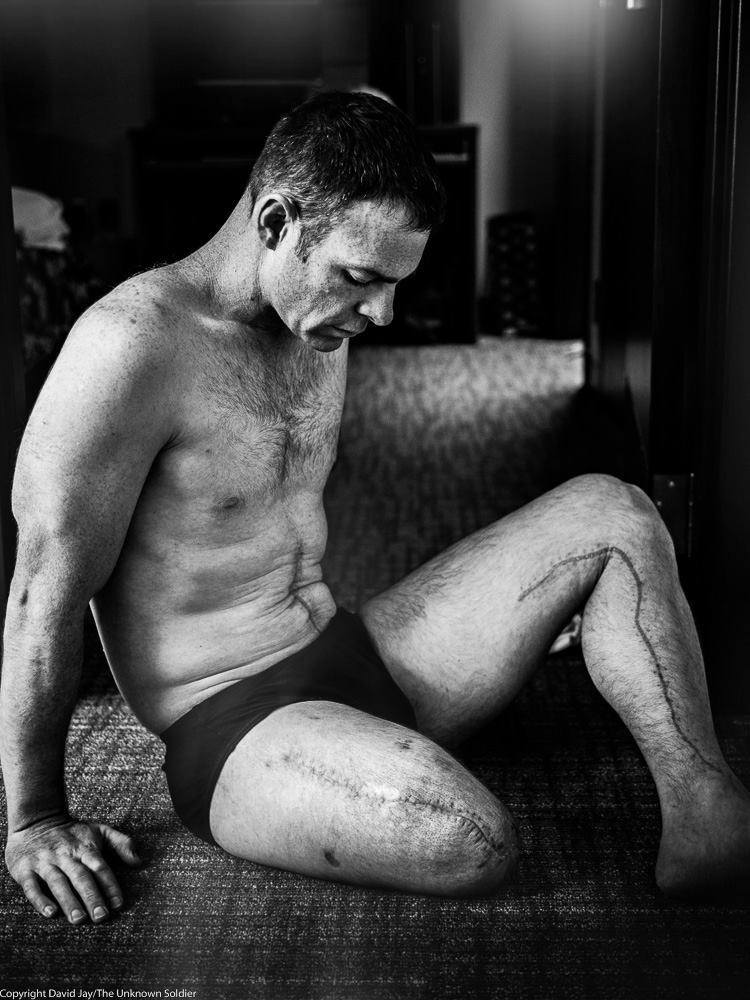 Major Matt Smith was shot in Afghanistan in June 2013 by a member of the Afghan Army, severing his femoral artery. David Jay/Facebook 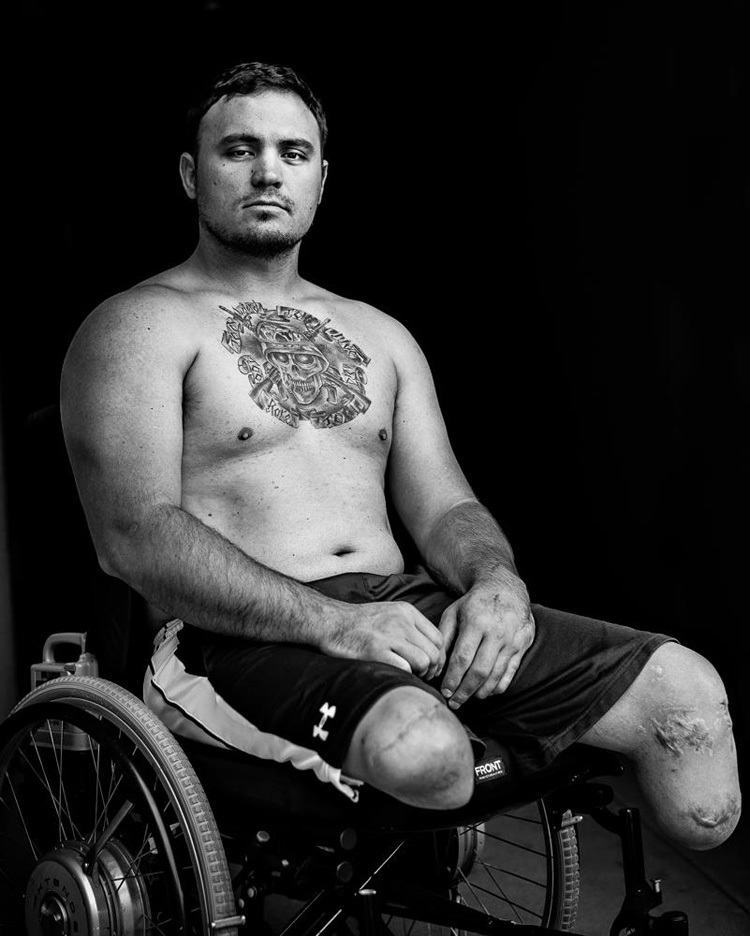 Marine Michael Fox was injured in Afghanistan while on foot patrol. David Jay/Facebook 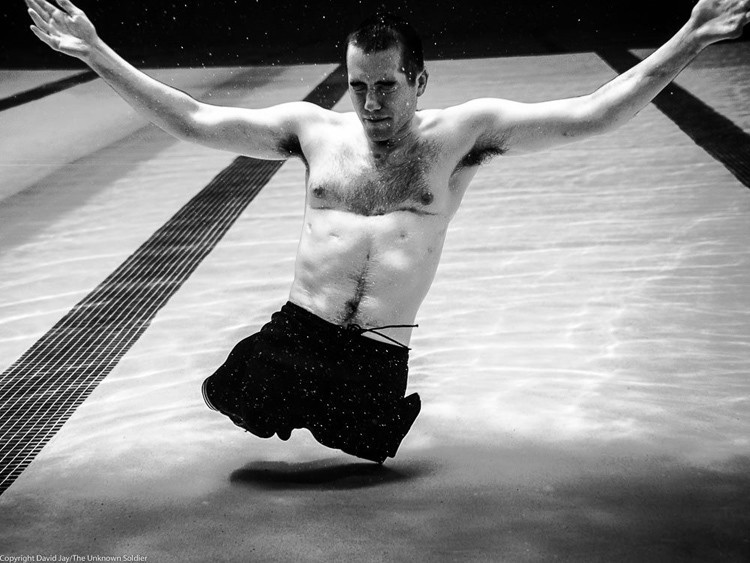 Army First Lieutenant Nicholas John Vogt was injured by an IED in Afghanistan in 2011. Said Vogt of his experience, “The only thing that I want to pass on is this: Losing limbs is like losing a good friend. We wish we could still be with them, but it wasn't 'in the cards'. Then we get up, remember the good times, and thank God for whatever we have left.“ David Jay/Facebook 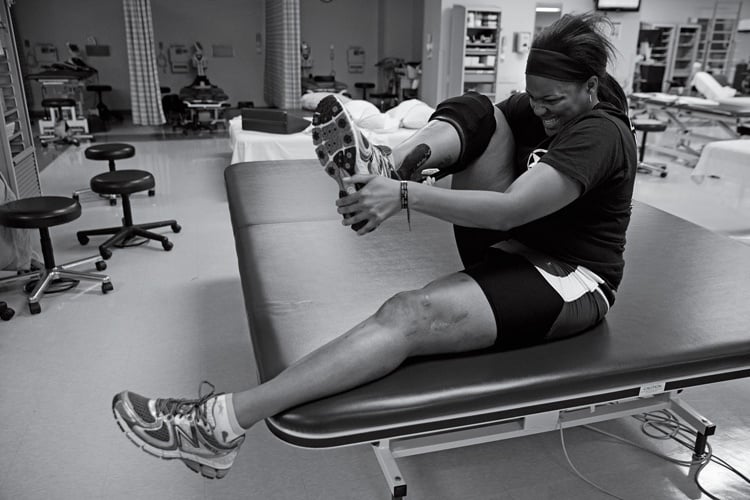 Army Specialist Stephanie Morris suffered leg injuries in an attack in Afghanistan. With physical therapy, she has since run the Army ten-miler. “I have to do it for them,” she says, speaking of the friends she lost in the attack. James Nachtwey/Time 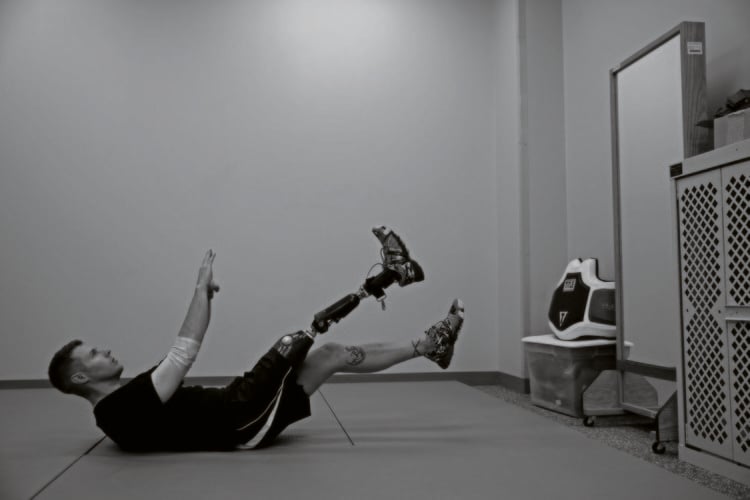 Retired Army Captain Wayne Waldon lost a leg in Baghdad, Iraq. Seven years later, he not only walks, but is an adaptive snowboarding champion. “The prosthetic leg doesn’t feel stuck to me anymore,” he says. “It has become part of me." James Nachtwey/Time

Be sure to check out a photo history of the Vietnam War and photographs of Syria after 5 years of civil war.