2,000-Year-Old Roman Dagger Uncovered By An Amateur Archaeologist In Switzerland 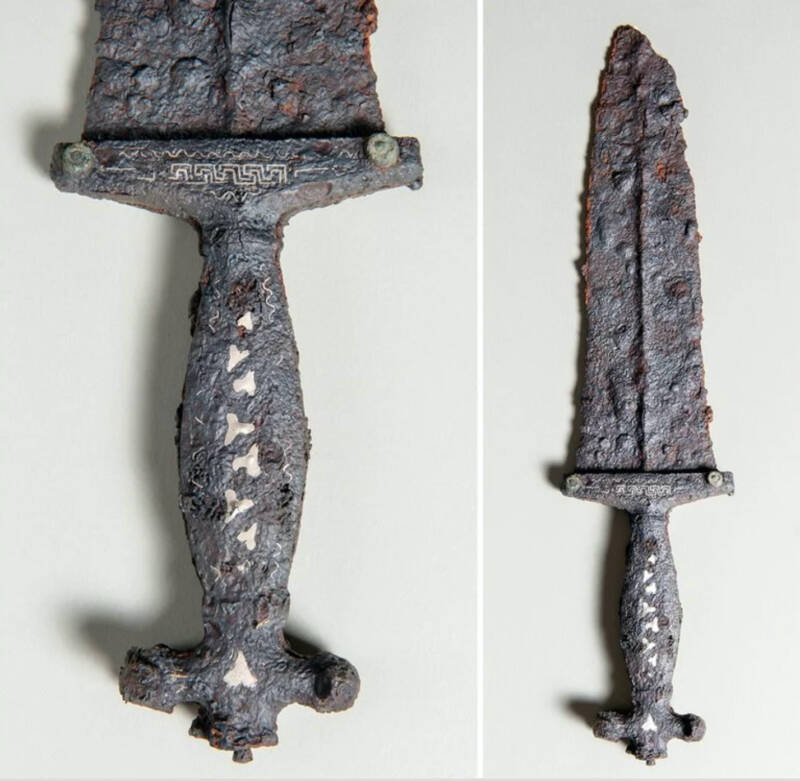 Archaeological Service GraubündenThis ornate dagger, inlaid with silver and brass, is one of just four of its kind ever unearthed.

In approximately 15 B.C., a great battle is believed to have taken place in Switzerland between the Roman forces of Emperor Augustus and an opposing confederation known as the Rhaetians. Consisting of tribes from what’s now Switzerland, Italy, Austria and Germany, this group violently opposed Roman occupation and fought a series of battles against the empire in the first century B.C.

Now, an amateur archaeologist scouring the Swiss battlefield with his metal detector has unearthed an astonishing treasure from this historic clash. Though his equipment picked up only a weak signal at first, he was soon “overjoyed” to uncover a 2,000-year-old Roman dagger. Archaeologists have since swarmed the site and unearthed scores of other weapons and artifacts in what is one of the greatest Roman finds in recent history. 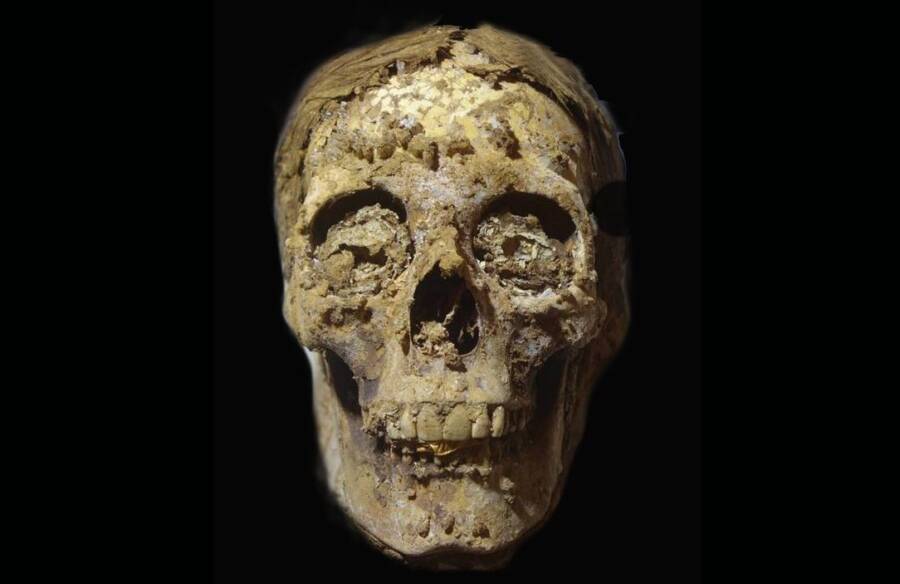 Egypt Ministry of Tourism and AntiquitiesOne of the ancient skulls discovered with a golden tongue placed inside its mouth.

It’s no secret that untold treasures lie beneath the city of El-Bahnasa, Egypt. An archaeological mission from Spain has now excavated the site for 30 years and found many tombs from different dynasties and papyrus texts that still puzzle experts. And last week, they unearthed two 2,500-year-old mummies with golden tongues. 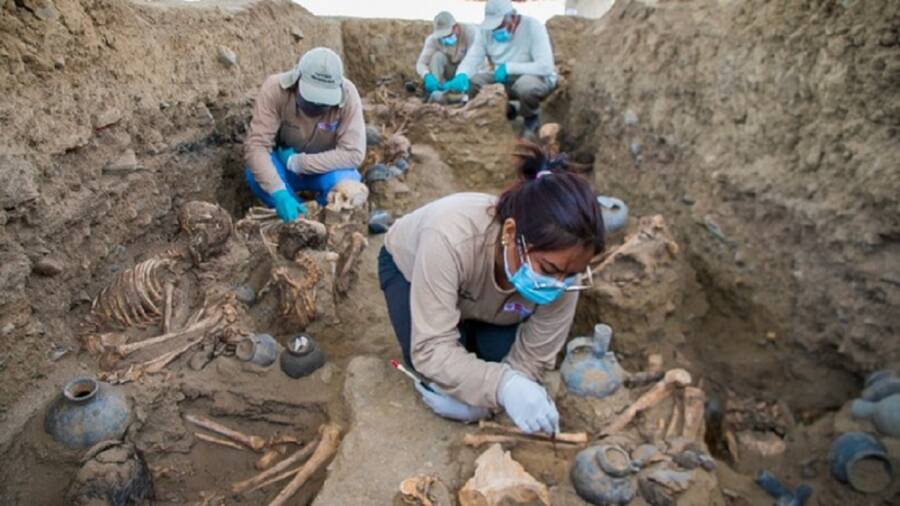 Peruvian Ministry of CultureArcheologists examine the remains, which were buried with ceramics and textile tools.

Chan Chan, meaning “resplendent sun,” once flourished as the capital of the Chimú Empire. Now, the discovery of a mass grave at the Chan Chan archeological site is shedding light on how this ancient culture dealt with death.

Archeologists with the Chan Chan Archaeological Complex Special Project uncovered the remains of 25 people, young women and children, at the Utzh An (Great Chimu) walled complex.